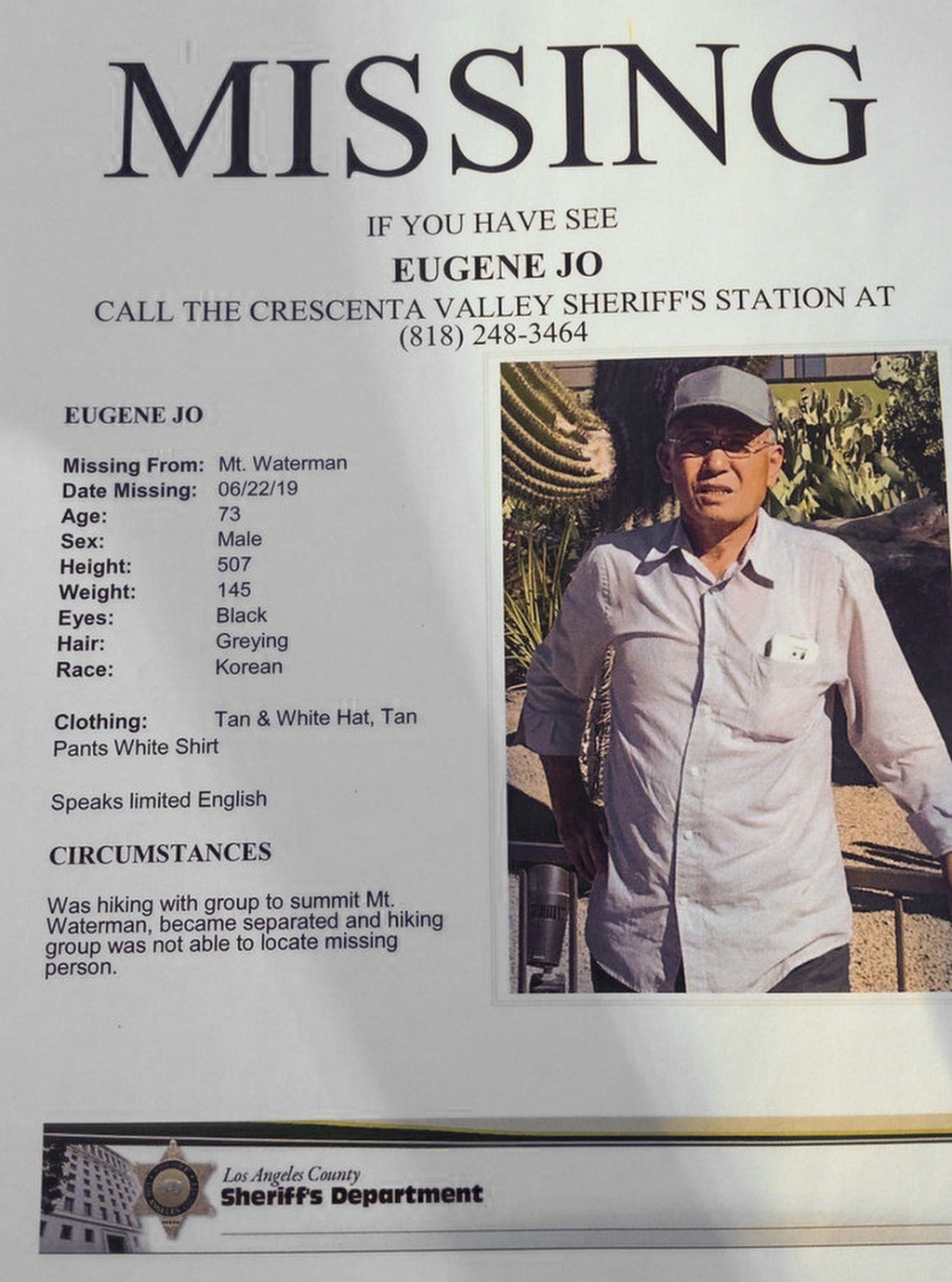 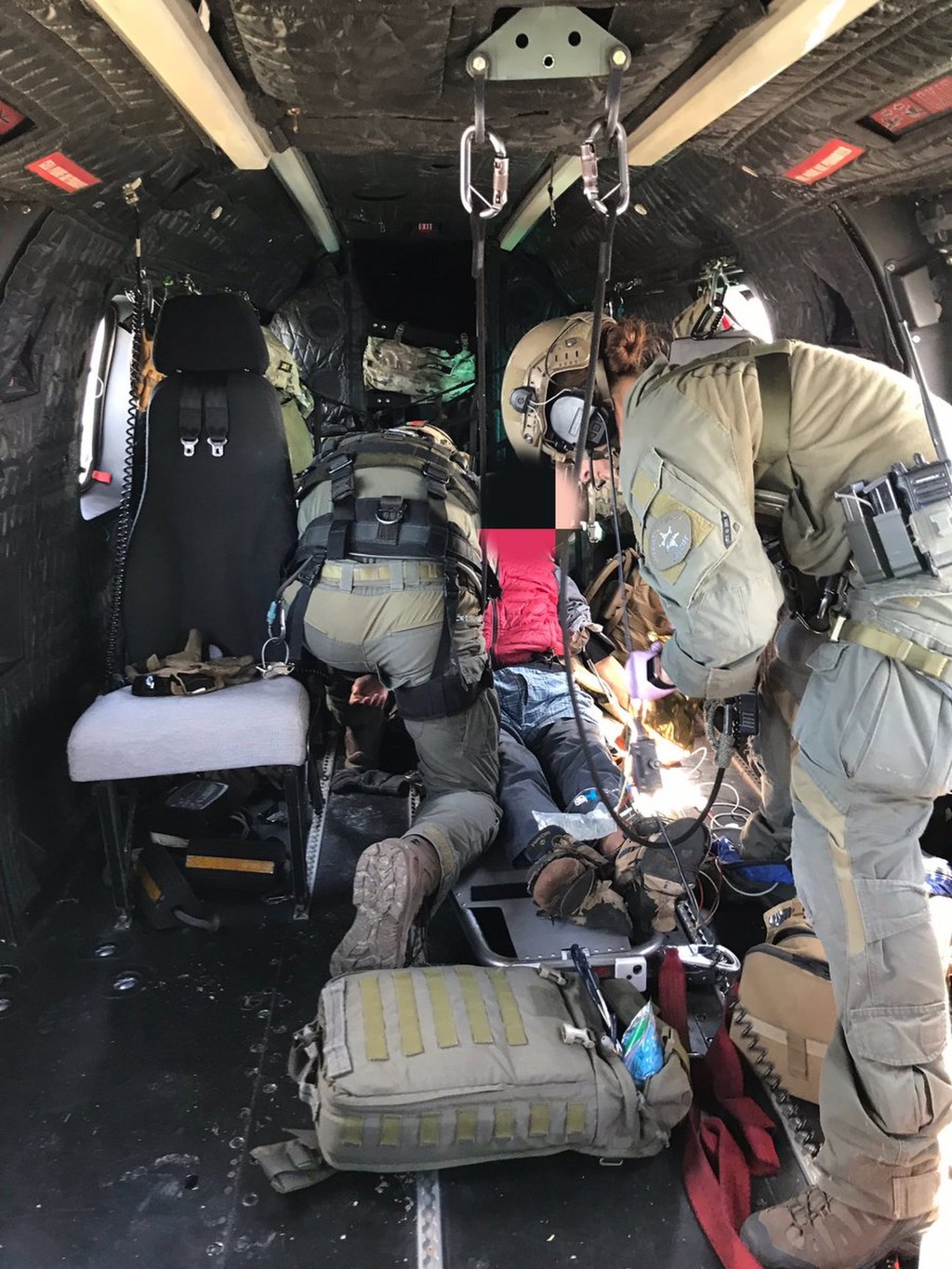 LA CRESCENTA, Calif. (AP) — A hiker who was missing in the mountains north of Los Angeles for a week was found Saturday and has apparently survived in the wilderness by drinking water from a creek, authorities said.

A helicopter crew found Eugene Jo, 73, in a canyon in the San Gabriel Mountains and hoisted him to safety, Sgt. Greg Taylor with the Los Angeles County Sheriff's department said.

The crew flew him to a hospital to be examined.

The Montrose Search and Rescue team tweeted that Jo was "walking and speaking" despite not having had eaten in at least five days. He survived by drinking water from a creek. Temperatures have been mild in the mountains.

Jo was hiking with a group to the 8,000-foot (2,438-meter) summit of Mount Waterman on June 22 when he became separated from them.

Taylor said more than 70 people were searching for him in the mountains Saturday.