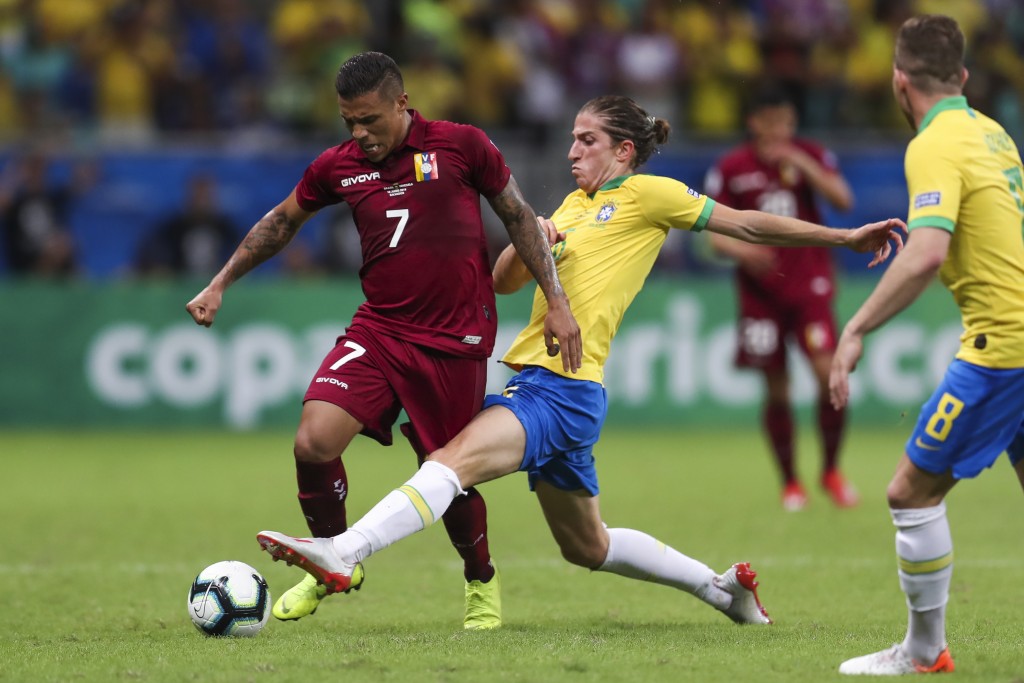 BELO HORIZONTE, Brazil (AP) — Brazil is preparing for the Copa América semifinal against Argentina without left back Filipe Luis, midfielder Fernandinho and striker Richarlison because of injuries.

Luis was replaced at halftime of Brazil's quarterfinal against Paraguay on Thursday, when the hosts advanced on penalties.

The Brazilian confederation says Fernandinho has pain in his right knee and continues to undergo treatment. The midfielder got hurt in Brazil's second game in the group stage.

Richarlison was sidelined before the match against Paraguay because of mumps. The confederation says the striker's condition has improved and he is expected to rejoin the rest of the squad by Monday.

Brazil is playing without Neymar because of an ankle injury suffered before the tournament.

The hosts face Argentina on Tuesday at the Mineirão Stadium.