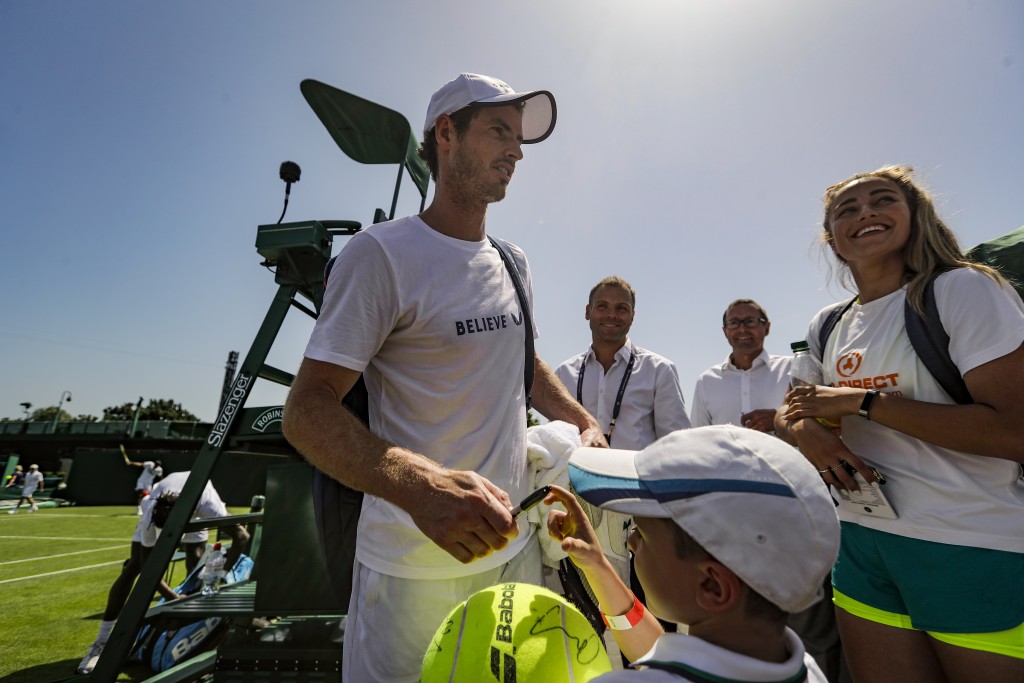 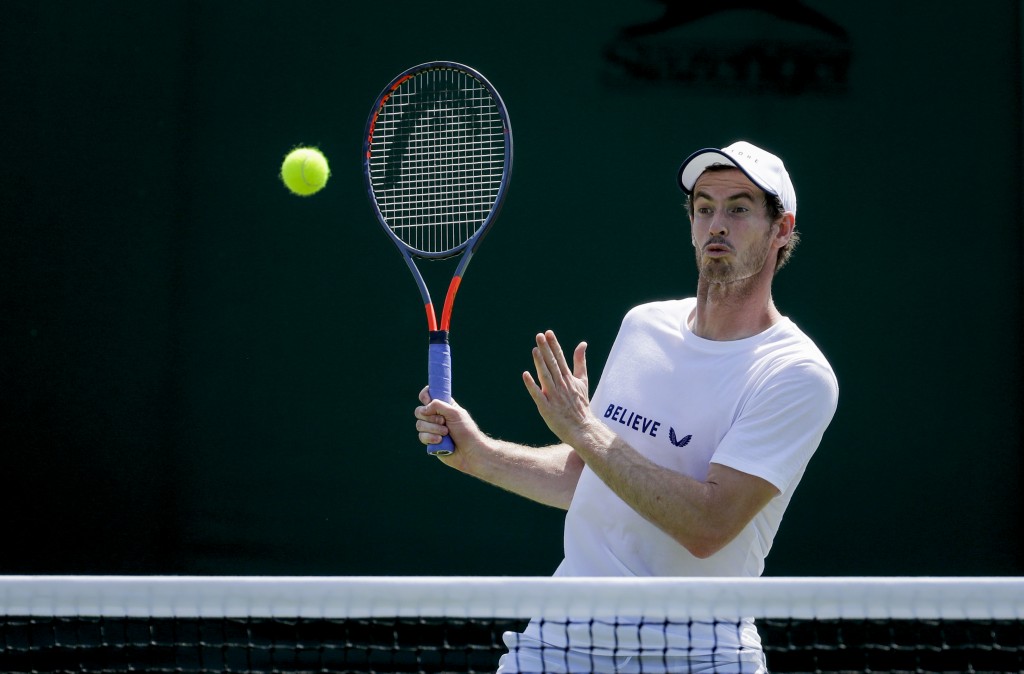 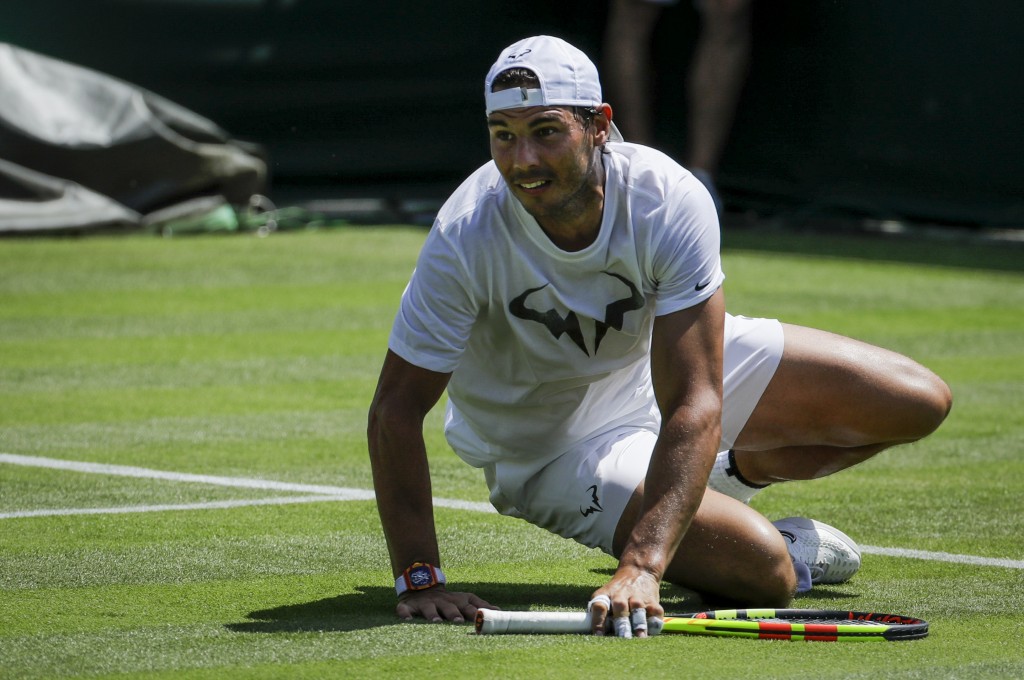 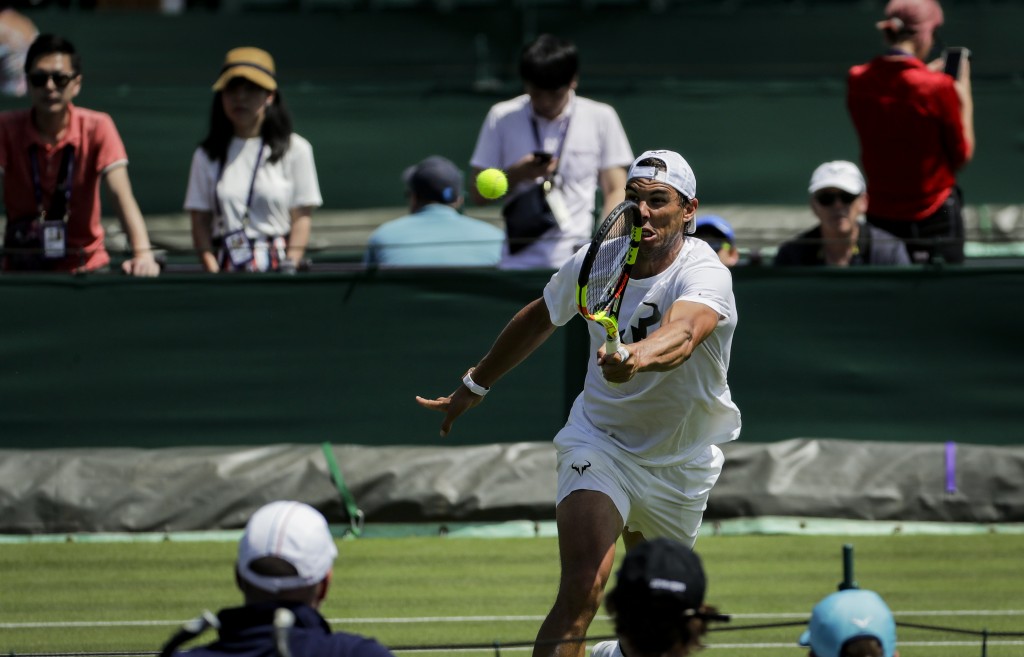 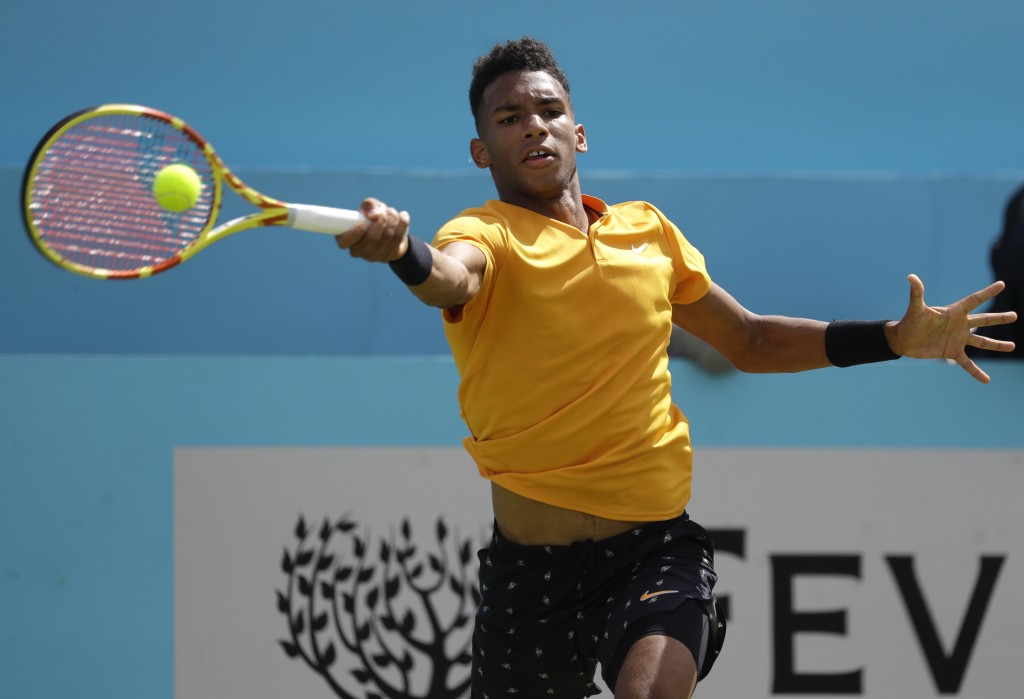 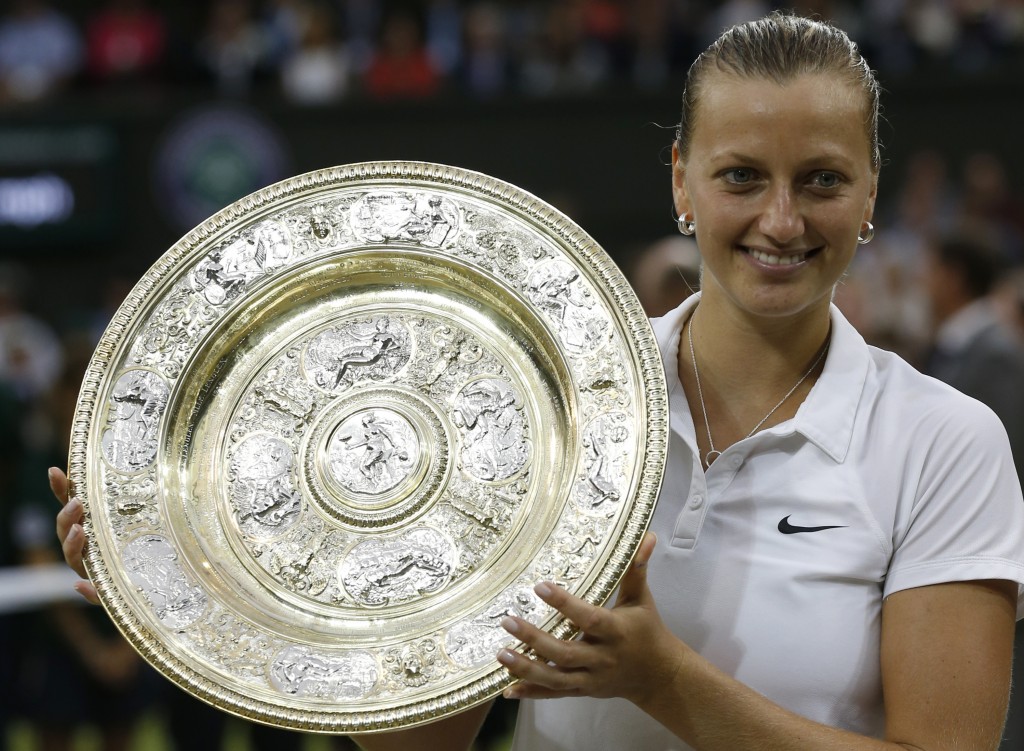 WIMBLEDON, England (AP) — Clearly, Andy Murray's tearful farewell to tennis was premature. So, too, was tennis' farewell to Murray.

About five months since Murray discussed retirement because of pain in his surgically repaired hip — and everyone wished him well in any future endeavors — he is once again on tour thanks to a new operation. He's also back at age 32 at Wimbledon, where he won singles championships in 2013 and 2016. He is, for now, entered only in men's doubles but said Saturday he wants to find a mixed doubles partner, too.

"We've had a number of conversations with a few players," three-time major champion said about finding a woman to play with, although he sidestepped questions about whether that could wind up being Serena Williams.

"I mean, obviously she's arguably the best player ever," he said, before deadpanning: "It would be a pretty solid partner."

In January, Murray said at the Australian Open that he would need to quit the sport because of his hip. After a five-set loss there — his first opening-round loss at a Grand Slam tournament in 11 years — Murray said: "If today was my last match, look, it was a brilliant way to finish."

A video was shown there with tributes from Roger Federer, Rafael Nadal, Novak Djokovic and others. The gist: "Congratulations on a great career. You'll be missed."

Except Murray decided soon thereafter to get an artificial hip. He teamed with Feliciano Lopez at Queen's Club this month for the first test — and they left with the title. At Wimbledon, he will play with Pierre Hugues-Herbert.

"That's probably one of the things that I will try to make sure doesn't change over the next few years. I think a lot of that stuff kind of comes out from other people," said Murray, who was Britain's first men's singles title winner at Wimbledon in 77 years. "I'm just happy to be playing tennis again, really."

Here are other things to know for Wimbledon, the year's third Grand Slam tournament:

Nadal was not pleased that Wimbledon — unique to majors, it gives extra credit for results on its surface over the preceding two years — dropped him from No. 2 in the rankings to No. 3 in the seedings, swapping spots with Federer behind No. 1 Djokovic. Nadal said it wasn't fair, and he blamed the ATP for not putting pressure on the All England Club to switch the way it determines seeds.

Four members of the ATP Player Council resigned Saturday, a day after a 7-hour meeting to decide the new Americas' representative on the board. Dani Vallverdu, Robin Haase, Jamie Murray and Sergiy Stakhovsky stepped down. It's part of an ongoing, behind-the-scenes power struggle in men's tennis that has included the decision to not renew the contract of CEO Chris Kermode and the resignation of board member Justin Gimelstob after he was sentenced in court for attacking a former friend in Los Angeles. Former ATP executive Weller Evans was chosen Friday to fill Gimelstob's seat.

Everyone wants to try to figure out the sport's next new star, and there are plenty who think it could be Felix Auger-Aliassime, an 18-year-old from Canada who is seeded 19th. There are two particularly important numbers associated with a guy many refer to by his initials, "FAA." There's 88, the ranking spots he's climbed this year, from 109th to 21st. And there's zero, his career victory total at Grand Slam tournaments. That figures to change soon. "To me," said McEnroe, a seven-time major champion and now an ESPN commentator, "he's going to be No. 1."

The latest person out of the tournament was 14th-seeded Borna Coric, who withdrew Saturday because of an abdominal injury. Brayden Schnur, who lost in qualifying, moved into the field and will face Marcos Baghdatis. Earlier withdrawals included 2009 U.S. Open champion Juan Martin del Potro (right knee) and Bianca Andreescu (right shoulder). Among those coming back to action are 2018 finalist Kevin Anderson, who has played only two matches since March because of a right arm issue; 2018 semifinalist John Isner, out since the Miami Open final because of an injured left foot; and five-time major champion Maria Sharapova, who returned this month after being out since January with a hurt right shoulder. Petra Kvitova, who missed the French Open with a left forearm problem, plans to play at Wimbledon.