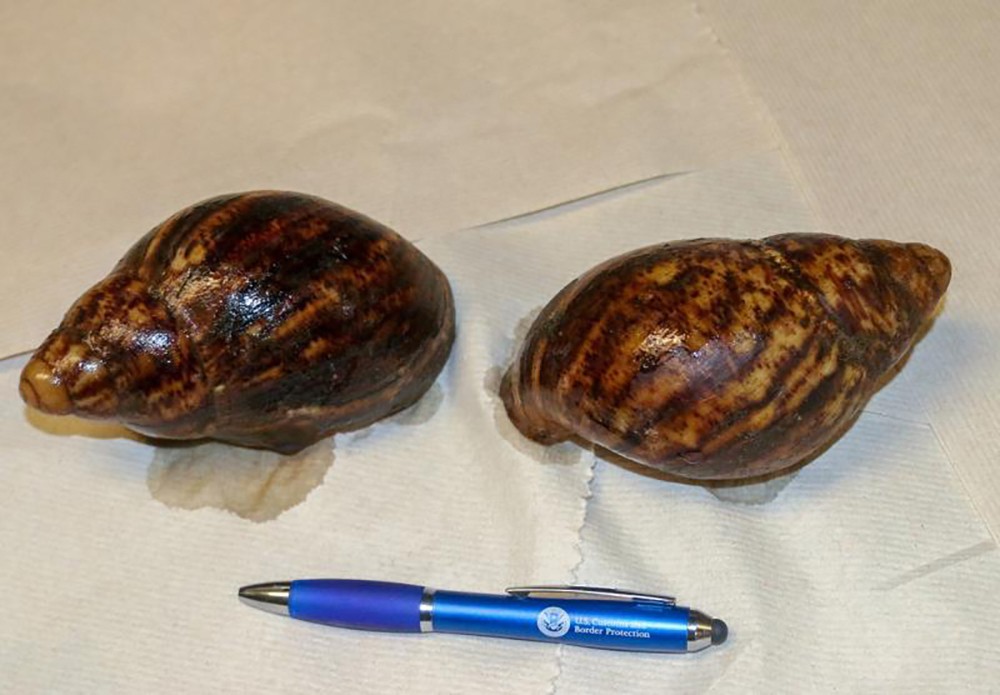 ATLANTA (AP) — Two dogs, part of the U.S. Customs and Border Protection's "beagle brigade," sniffed out two Giant African Snails in the luggage of a passenger arriving at Atlanta's airport from Nigeria.

The Atlanta Journal-Constitution reports the beagles, named Candie and Chipper, were alerted to the passenger's checked bags at Hartsfield-Jackson International Airport on Friday. A Customs agriculture specialist found the snails in a suitcase, along with prohibited fruits and vegetables.

The snails were turned over to the U.S. Department of Agriculture, while the food was destroyed. The USDA's website says such snails are illegally imported for classroom exhibits as pets or for food. They're also described as "one of the most damaging" in the world because they consume at least 500 types of plants, reproduce quickly, and can cause meningitis.

Information from: The Atlanta Journal-Constitution, http://www.ajc.com