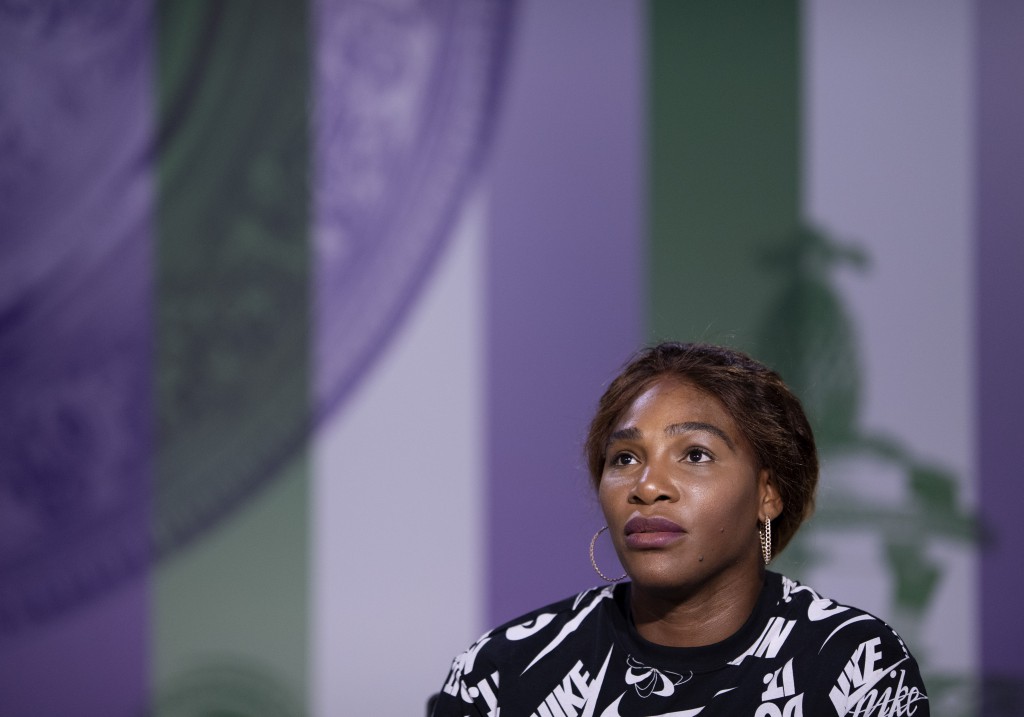 WIMBLEDON, England (AP) — Serena Williams says she's feeling better as Wimbledon is about to get started.

Her coach, Patrick Mouratoglou, says the seven-time Wimbledon champion doesn't have pain anymore in a left knee that was at least partly responsible for Williams playing only 12 matches so far this season and not getting a chance to prepare properly for tournaments.

In some ways, it's hard to know what Williams will be able to do at the All England Club. Then again, as Williams said with a wry smile Saturday: "I know how to play tennis."

The draw put her in a quarter of the bracket with defending champion Angelique Kerber, two other past champions in Maria Sharapova and Garbine Muguruza, No. 1 Ash Barty and some top-notch grass-court players.

Mouratoglou's take: "I wouldn't want to be in the part of the draw that Serena's in."