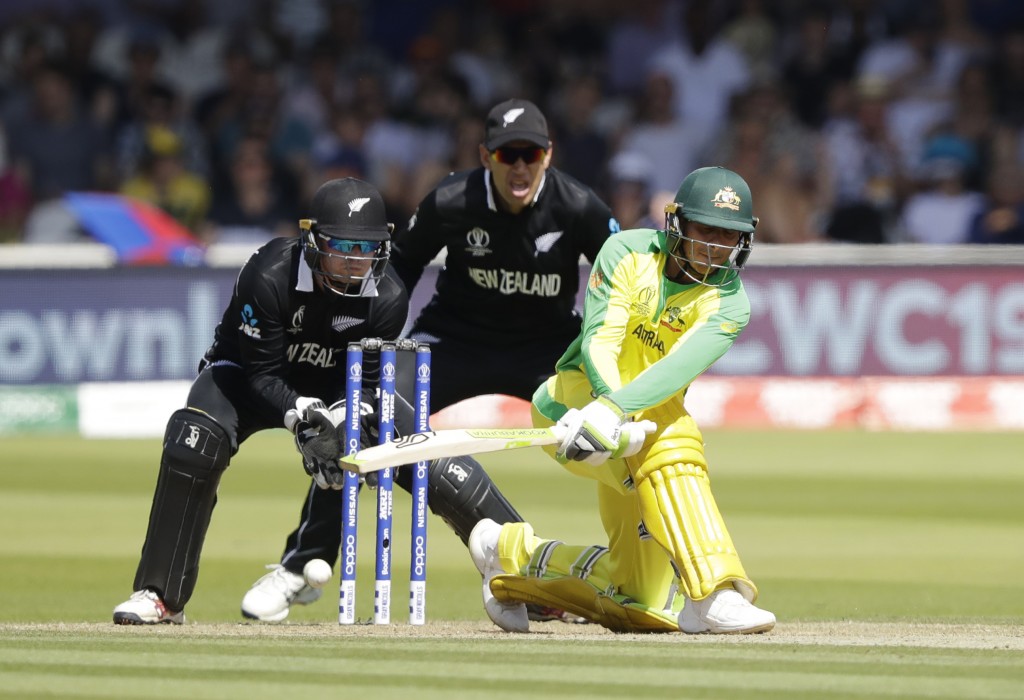 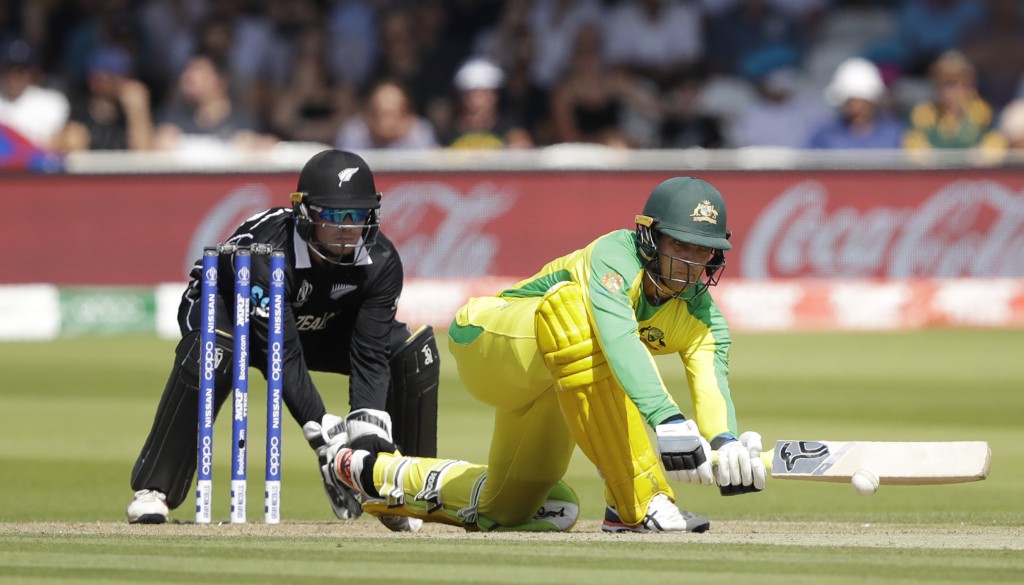 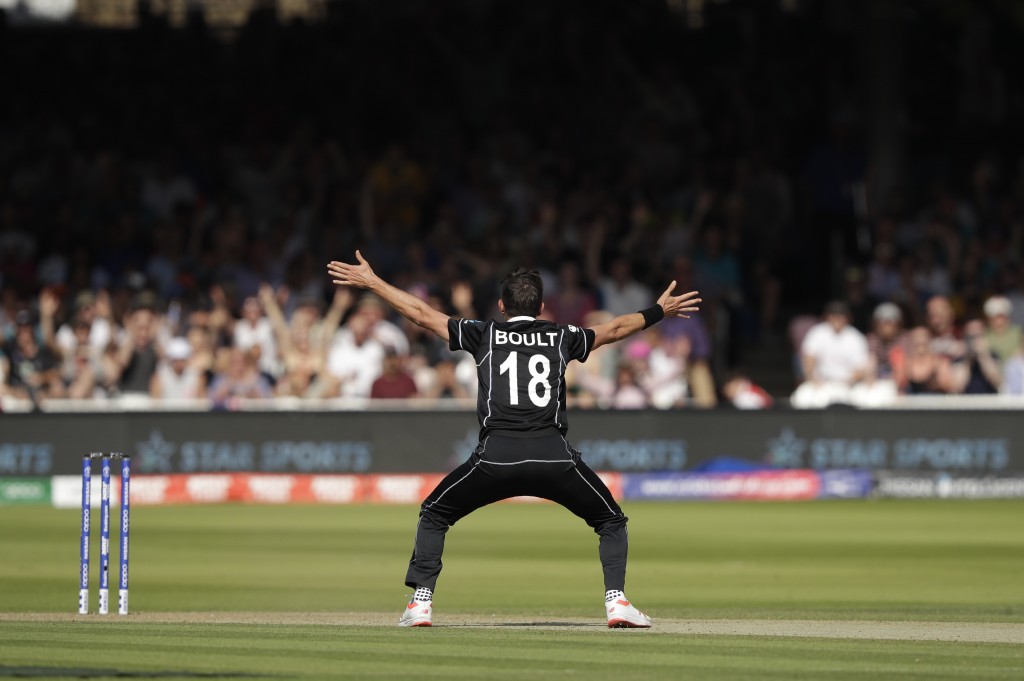 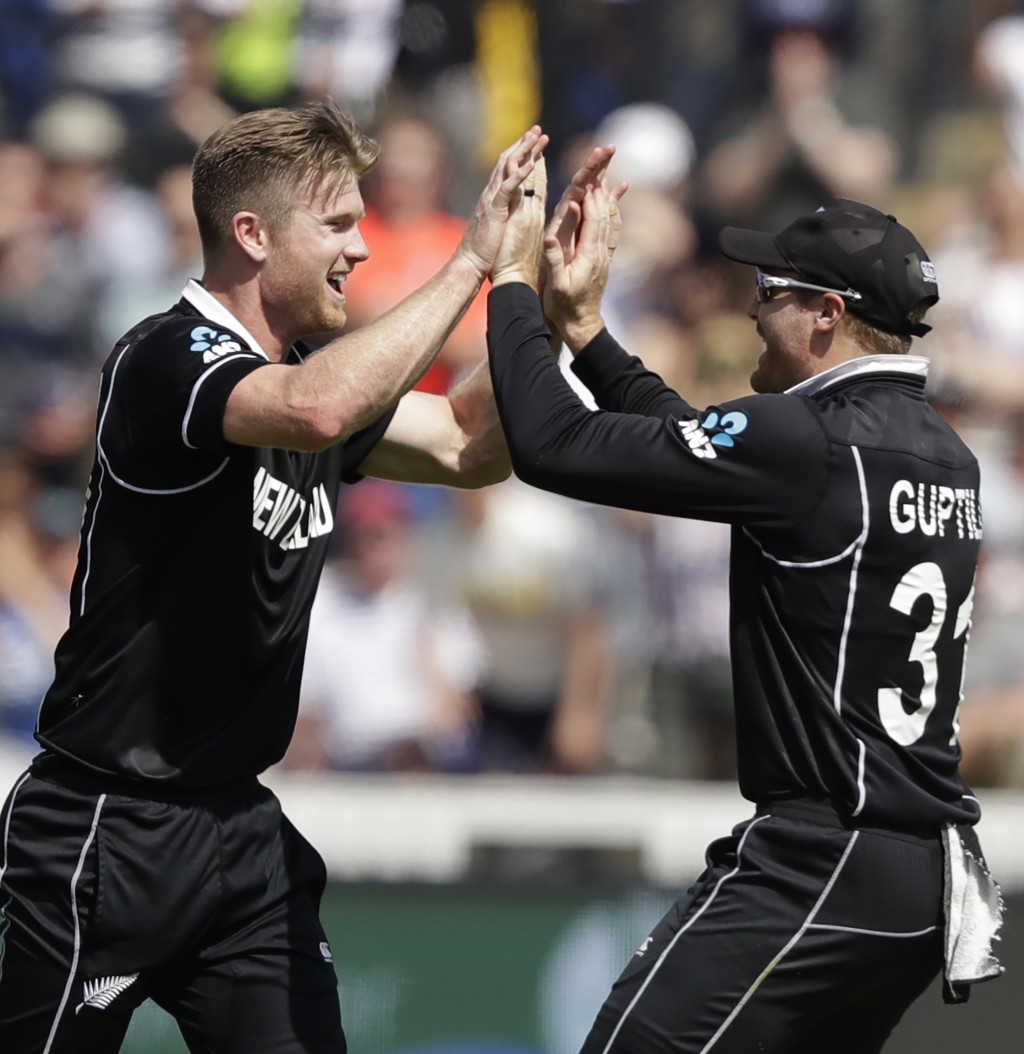 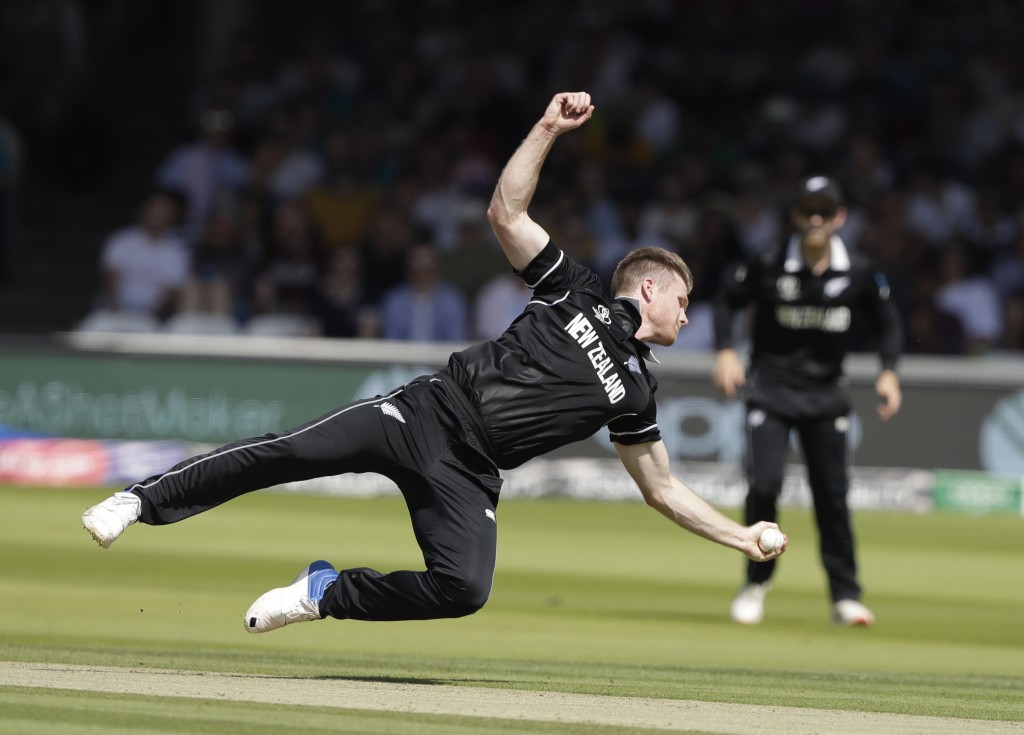 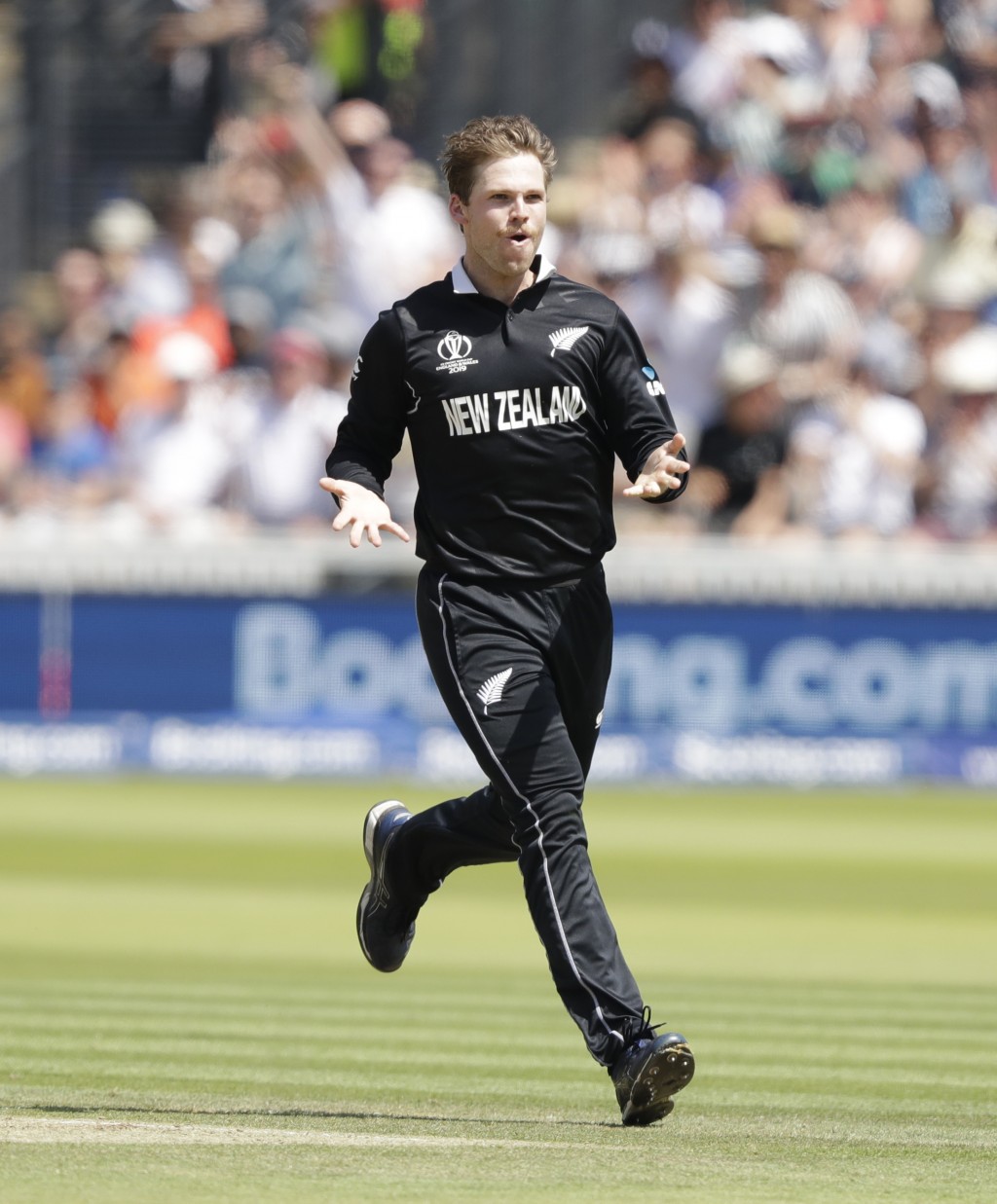 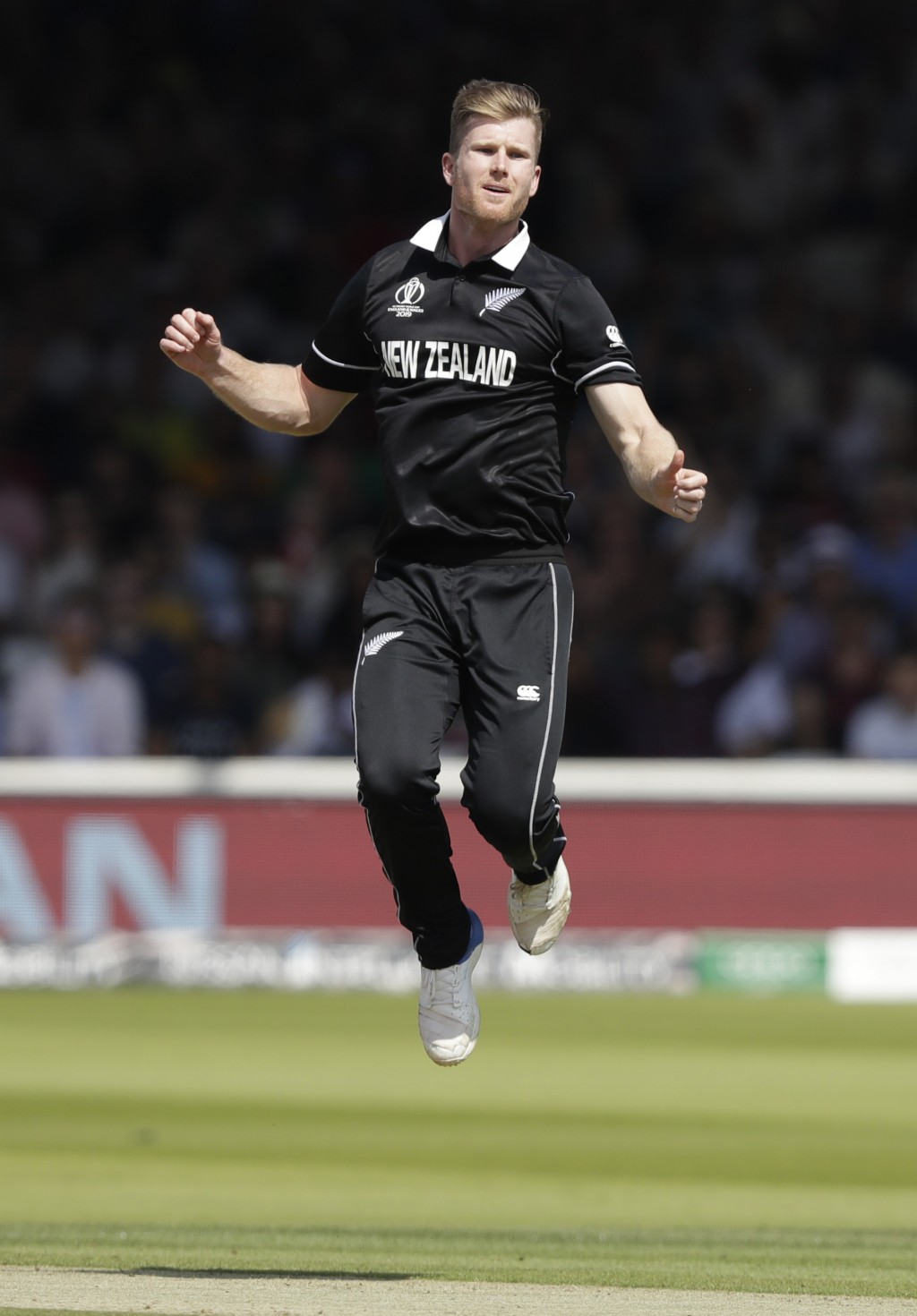 LONDON (AP) — Usman Khawaja and Alex Carey rescued Australia from 92-5 against New Zealand to give the defending champions a competitive total of 243-9 in the Cricket World Cup day-night group match at Lord's on Saturday.

Fast bowler Trent Boult finished the innings with a last-over hat trick on a used pitch offering movement and turn. New Zealand is trying to cement its position in the semifinals.

Already through to the semis, Australia has successfully defended a total five times out of five at this tournament. But the lowest was 285 last Tuesday against England, also at Lord's.

Khawaja made 88 and Carey 71 in a fightback worth 107 for the sixth wicket.

Khawaja went to the crease in the fifth over, survived two dropped catches and a run out chance to play the anchor role, and stuck around to the 50th over, when he was the first wicket of Boult's hat trick.

Boult, Lockie Ferguson and Jimmy Neesham cleaned out the Australia top order with the help of a couple of exceptional catches.

But Khawaja and Carey, who hit 11 boundaries in his 72-ball knock, toughed out the New Zealand attack, which conceded no sixes, to give Australia a reasonable chance of a seventh win in eight matches.

The New Zealanders were buzzing in the field, as if they believed movement would cool their heat-seeking all-black uniforms in an air temperature of 34 degrees (94 F). It was so hot, Marylebone Cricket Club members were allowed to remove their blazers while watching from the Pavilion.

Australia couldn't get a run in the first two overs for the first time in seven years. Aaron Finch was dropped by Martin Guptill but the reprieve was brief. A Boult inswinger trapped him on 8, and the best opening partnership of this tournament, averaging 91, was broken on 15.

David Warner (16) was with his mate soon after, swaying back only to have his glove scraped by Ferguson's first delivery, a 142-kph kicker off the pitch.

Warner was booed off, and Steve Smith booed in, and two overs later Smith was out for 5. A vicious pull at Ferguson flew straight to Guptill at leg gully. Guptill, just 19 meters away, had an estimated 0.6 seconds to react, leap left, and trap the ball high in his left hand. Even MCC members were prompted to stand and applaud the incredible catch.

Neesham, bowling medium pace up the Lord's slope, induced an edge behind from Marcus Stoinis on 8, and in his next over bowled at and brilliantly caught Glenn Maxwell one-handed for a duck.

Australia was in trouble at 92-5 in the 22nd over, and Neesham almost bagged a quick third wicket, but wicketkeeper Tom Latham dropped a tough chance over his head when Khawaja was on 35.

Khawaja was also dropped before he scored. The second highest scorer in one-day internationals this year — behind only Warner — rode his fortune to anchor Australia. He also survived a run-out chance by Guptill on 55.

He and Carey delayed New Zealand access to the tailenders and reached their century partnership in the 42nd over, Carey having contributed 68.

Carey was out tamely in the next over for 71 off 72 balls, but his positive and chanceless innings laden with 11 boundaries made Australia competitive.

Khawaja's 129-ball innings ended in the last over when he played across the line and was bowled by Boult.

Mitchell Starc was bowled by a yorker on the next ball, and Jason Behrendorff was hit on his right, back foot to go lbw and give Boult his second hat trick in ODIs, and the first for New Zealand in World Cups.