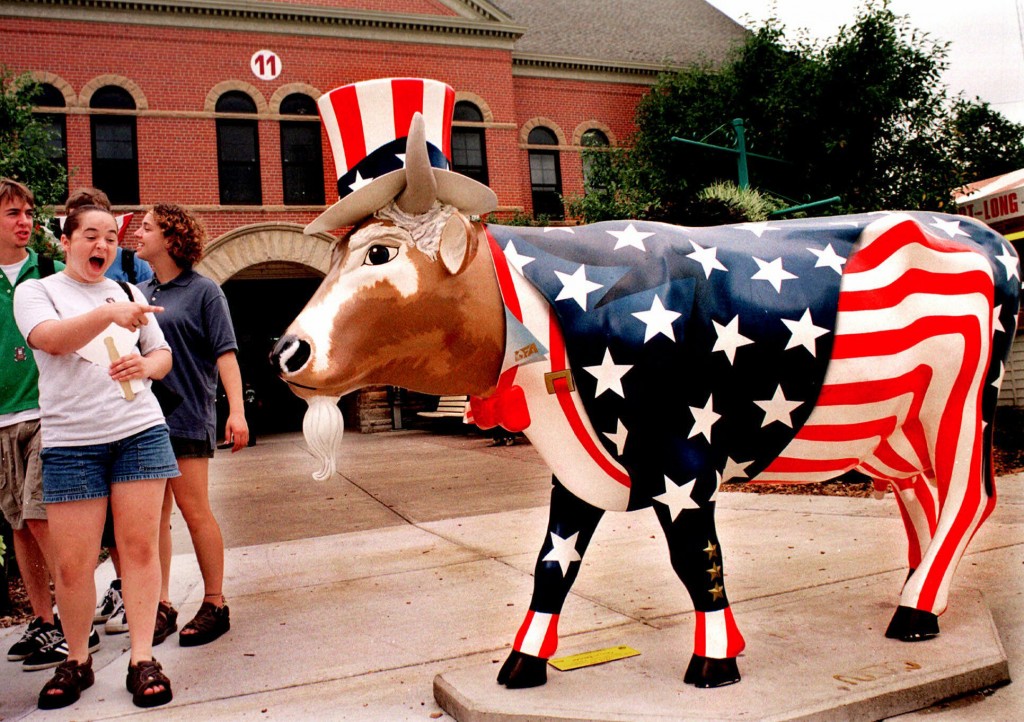 CHICAGO (AP) — A herd of fiberglass cows is returning to Chicago to mark the 20-year-anniversary of a popular display of brightly painted that inspired other cities to line their streets with their own statues of everything from lobsters to pigs.

The Chicago Tribune reports that for the month of July, the city is commemorating the 1999 "Cows on Parade" exhibit what it's calling "Cows Come Home."

Some 20 cows will be on display. They include some of the original exhibit's most popular cows, a colorful reminder of the original public art exhibit in which well over 300 fiberglass could be spotted downtown. The cows sported baseball caps, Hawaii shirts, sunglasses, ladybug wings and more.