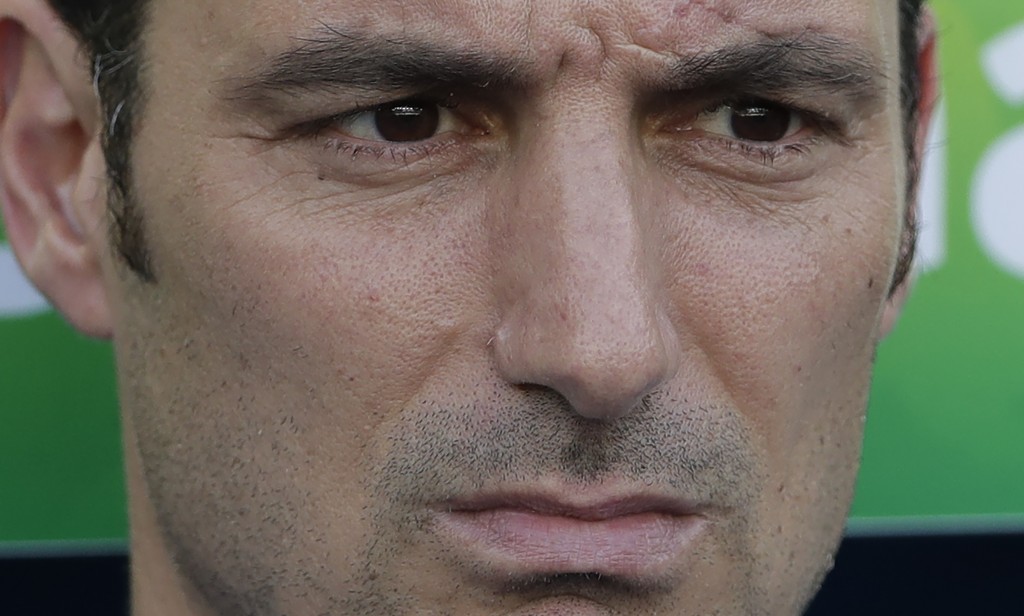 RIO DE JANEIRO (AP) — Argentina's young and inexperienced team improved in its last two Copa América matches against Qatar and Venezuela thanks to a stronger presence up front. But the aggressive team formation that made Argentina fans happy is far from certain for Tuesday's semifinal against hosts Brazil.

The main doubt for Argentina coach Lionel Scaloni in a "superclasico" at the Mineirão Stadium in Belo Horizonte is its offensive trio of Lionel Messi, Sergio Agüero and Lautaro Martínez.

None of Argentina's three starting strikers are great markers that can fill defensive gaps in midfield. But none deserve to be on the bench.

"We will make changes accordingly to what we need. We are open to everything," Scaloni said Friday night after Argentina beat Venezuela 2-0 in the quarterfinals at Rio de Janeiro's Maracanã Stadium. "We have to play in the same way, without thinking we are facing our archrival."

Scaloni has made changes in every match since he took the job after the World Cup in Russia. He is widely expected to repeat the formula that has so far failed to build a reliable backbone to the team, but has allowed Argentina to advance to the Copa América semifinals.

Superstar Messi is irreplaceable, despite his admittedly poor form at Copa América. Veteran Agüero scored a great goal in the 2-0 win against Qatar and had a role in both goals against Venezuela. Newcomer Lautaro scored two goals in the last two matches and is now a fan favorite.

If Scaloni's history means anything, Lautaro could be sacrificed.

The 21-year-old striker looked shocked, as did many fans, when he came off for Angel di Maria in the second half of the match against Venezuela. Di Maria, who began Copa América as a starter, worked hard to fill his team's midfield and block Venezuela's timid attempts to recover. After the match he was singled out for praise by Scaloni.

"I believe it was good that Angelito entered, a kid that deserves praise because he is one of the most hardworking ones and was not playing," Scaloni said about Di Maria. "He can give us a lot. He makes the difference."

If Argentina decides to keep the three strikers that started the matches against Qatar and Venezuela, Brazil could get a real test for the first time in Copa América. So far, the hosts have not conceded any goals.

But Argentina's aggressive formation also offers a chance for Brazilians to outnumber their rivals in midfield and dominate with great passers of the ball like Arthur and Philippe Coutinho.

Scaloni could also make much more conservative changes by removing Lautaro or Agüero to give way to midfielders like Giovani Lo Celso and Marcos Acuña.

Messi hinted Argentina should have more defensive concerns and use the counterattack against Brazil.

"They are at home, they have to show it to their fans," Messi said. "They have players that are with the same coach, the same ideas."

Before the tournament began, Messi was clear in saying his team was not among the favorites to win but now "it is all very balanced in this Copa América."

Scaloni said he would start thinking about possible changes on Monday, when Argentina has its training sessions in Belo Horizonte.