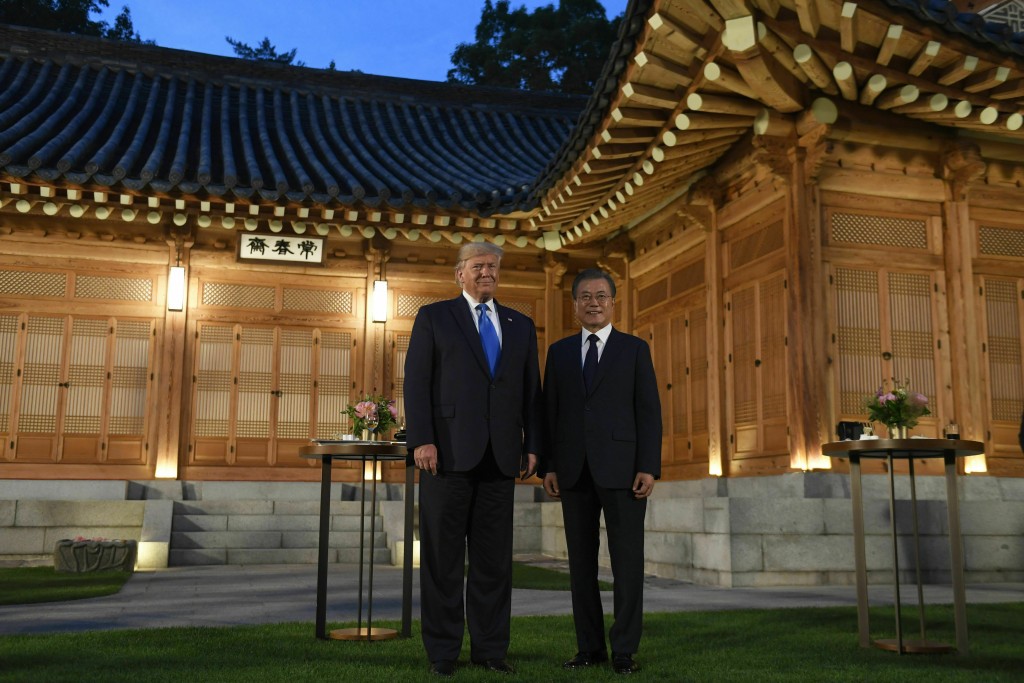 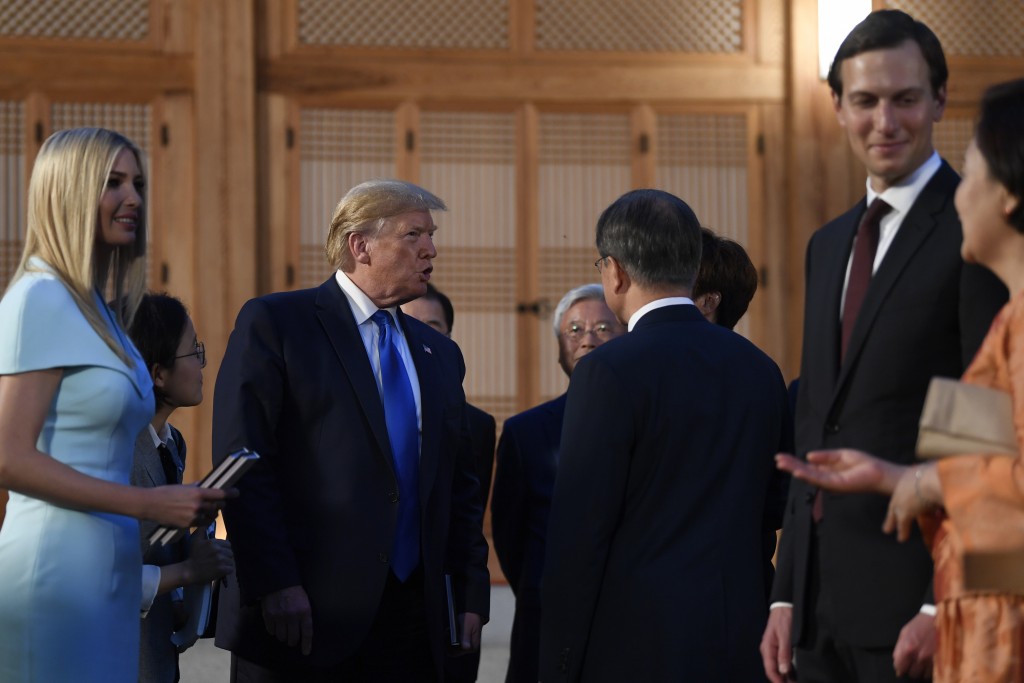 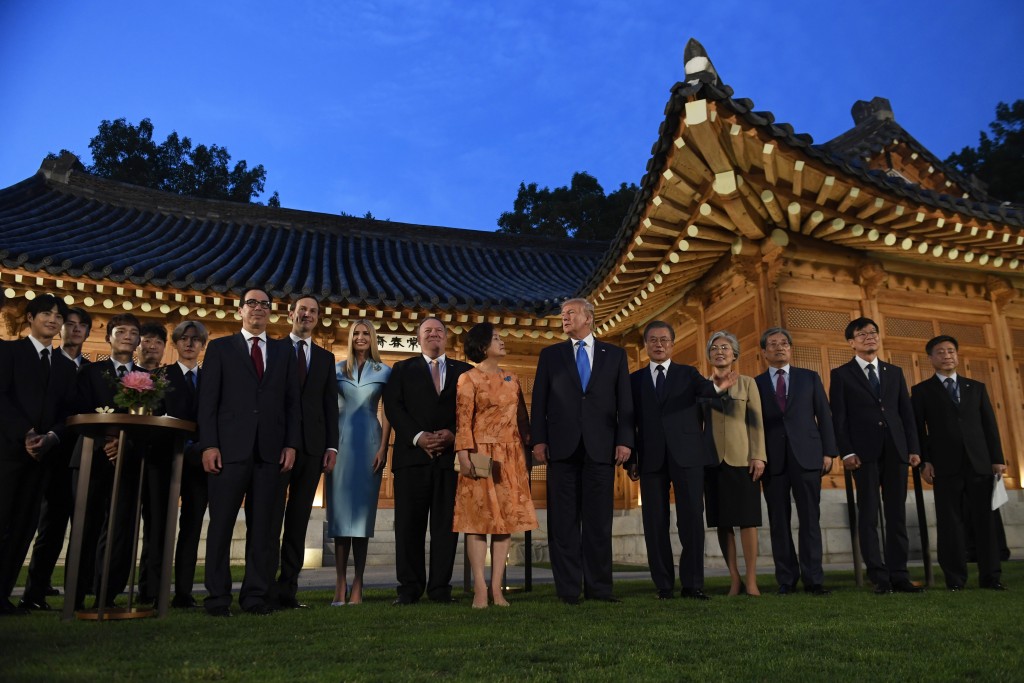 South Korean President Moon Jae-in says that a potential handshake between President Donald Trump and North Korea’s Kim Jong Un at the Demilitarized Zone would represent “a significant milestone” and be an “historic event.”

Moon says as he and Trump sit down for talks in Seoul on Sunday that Trump’s tweet publicly suggesting the meeting represented a “big hope to the Korean people.”

And he says he can “really feel that the flower of peace was truly blossoming on the Korean peninsula.”

Trump is also telling reporters that both he and Kim would like to make their third face-to-face meeting happening during Trump’s long-planned visit to the DMZ, but that logistics and security issues remain.

He said: “There’s a possibility that it’s going to be very interesting.”

President Donald Trump says he believes North Korea’s Kim Jong Un wants to meet him when he visits the Demilitarized Zone on Sunday.

Speaking to Korean business leaders in Seoul, South Korea, Trump says, “I understand they want to meet and I’d love to say hello.”

He says if the meeting materializes it will be “very short,” adding, “let’s see what happens. They’re trying to work it out.”

Trump on Saturday invited Kim to meet him for a handshake at the heavily fortified armistice line between the Koreas.

The president has been trying to restart nuclear talks with the North after they broke down during his second summit with Kim earlier this year in Vietnam. The two leaders since have traded what they’ve described as flowery letters.

That's according to a South Korean presidential official, Yoon Do-han, who spoke to reporters in Seoul after the two presidents had dinner.

Yoon says a Trump-Kim meeting, if it comes off, would help pave the way for the resumption of nuclear diplomacy.

President Donald Trump is being welcomed to South Korea by its president — and one of its biggest K-pop boy bands.

Trump's met with President Moon Jae-in (jah-YIHN') at the Blue House, where the South Korean leader has his offices and home.

Trump is just saying "it will be very interesting" but he's not giving other details about the surprise trip, which he announced earlier in the day on Twitter.

President Donald Trump has landed in South Korea, and a meeting with North Korea's Kim Jong Un (gihm jung oon) may be on his agenda.

Trump has said he'll visit the heavily-fortified demilitarized zone that separates North and South Korea, and he's invited Kim to join him "just to shake his hand and say Hello(?)!"

President Donald Trump has invited North Korea's Kim Jong Un to shake hands during a possible visit by Trump to the demilitarized zone with South Korea.

Trump made the offer before he left Japan, where he attended a summit of world leaders, and arrived in South Korea.

He tweeted that while he is in South Korea, "if Chairman Kim of North Korea sees this, I would meet him at the Border/DMZ just to shake his hand and say Hello(?)!"

Trump's summit with Kim in Vietnam earlier this year collapsed without an agreement to denuclearize the Korean Peninsula.