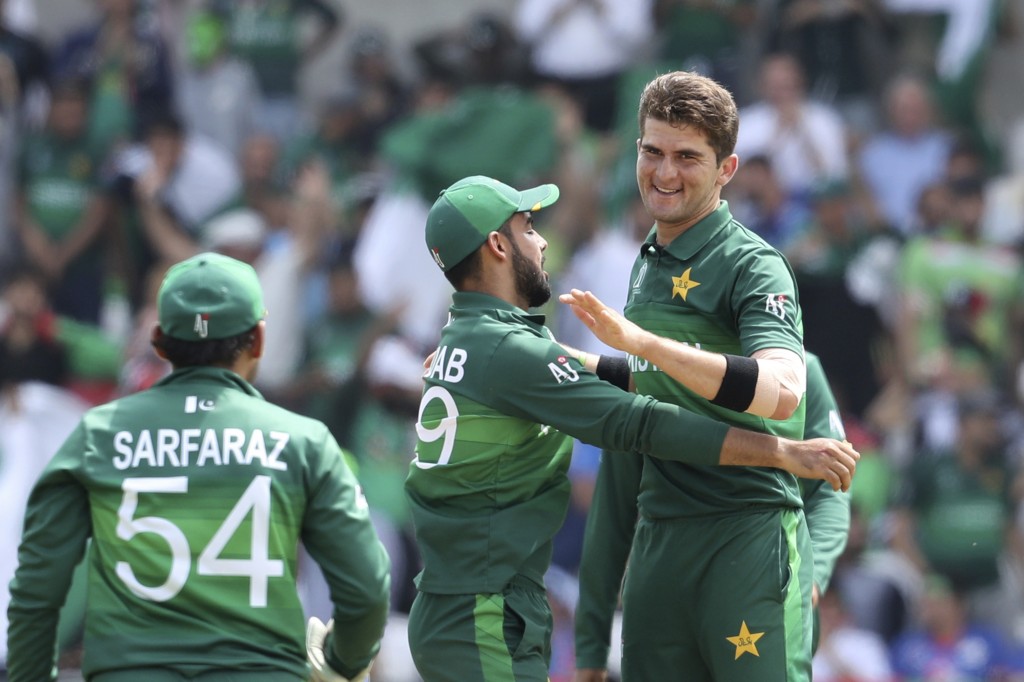 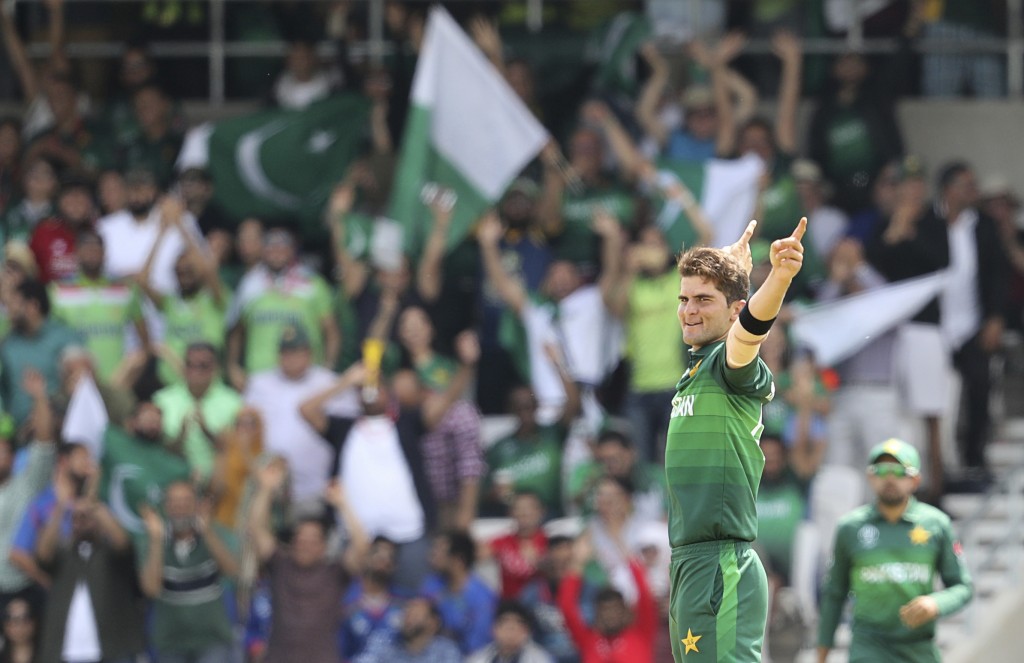 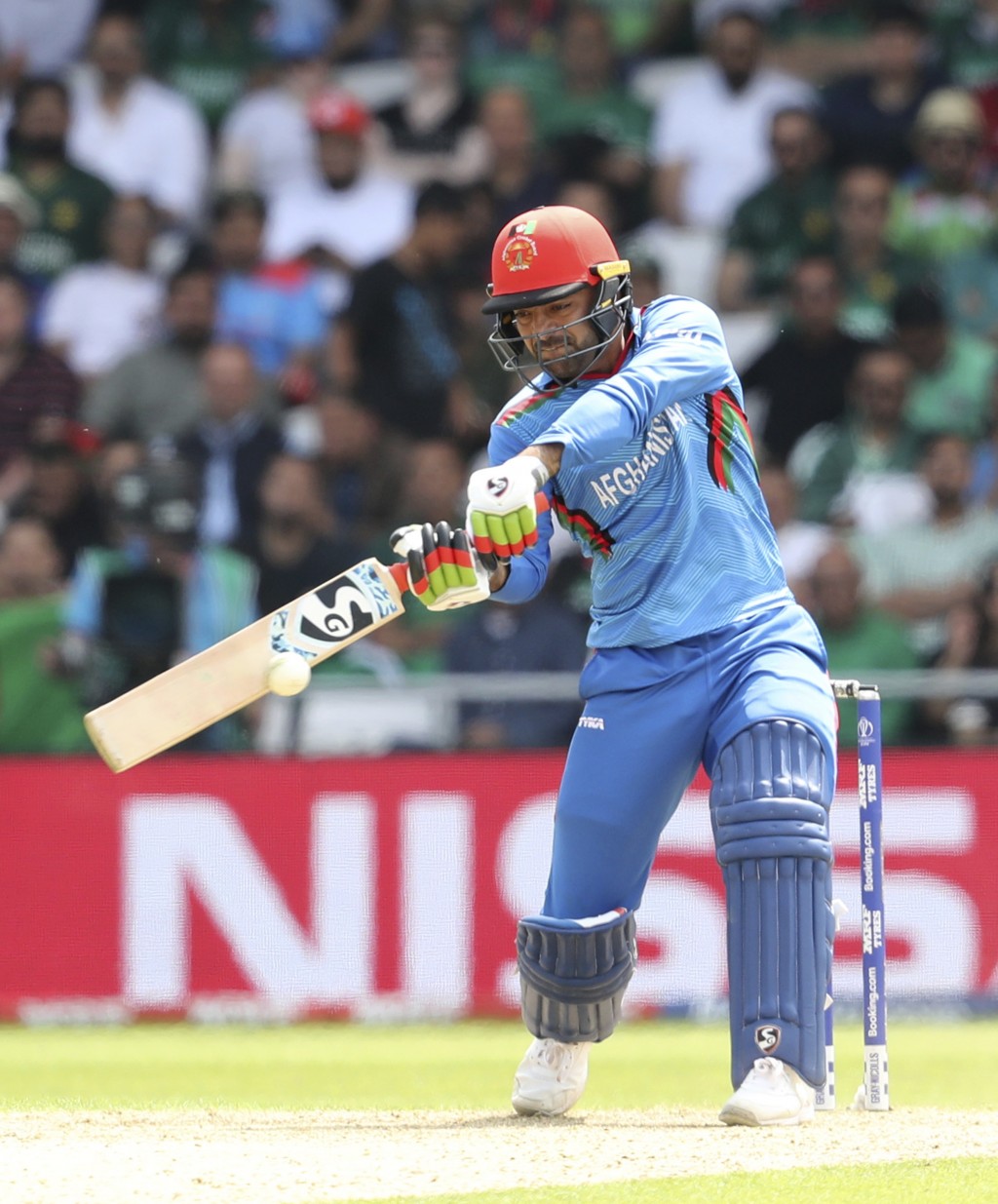 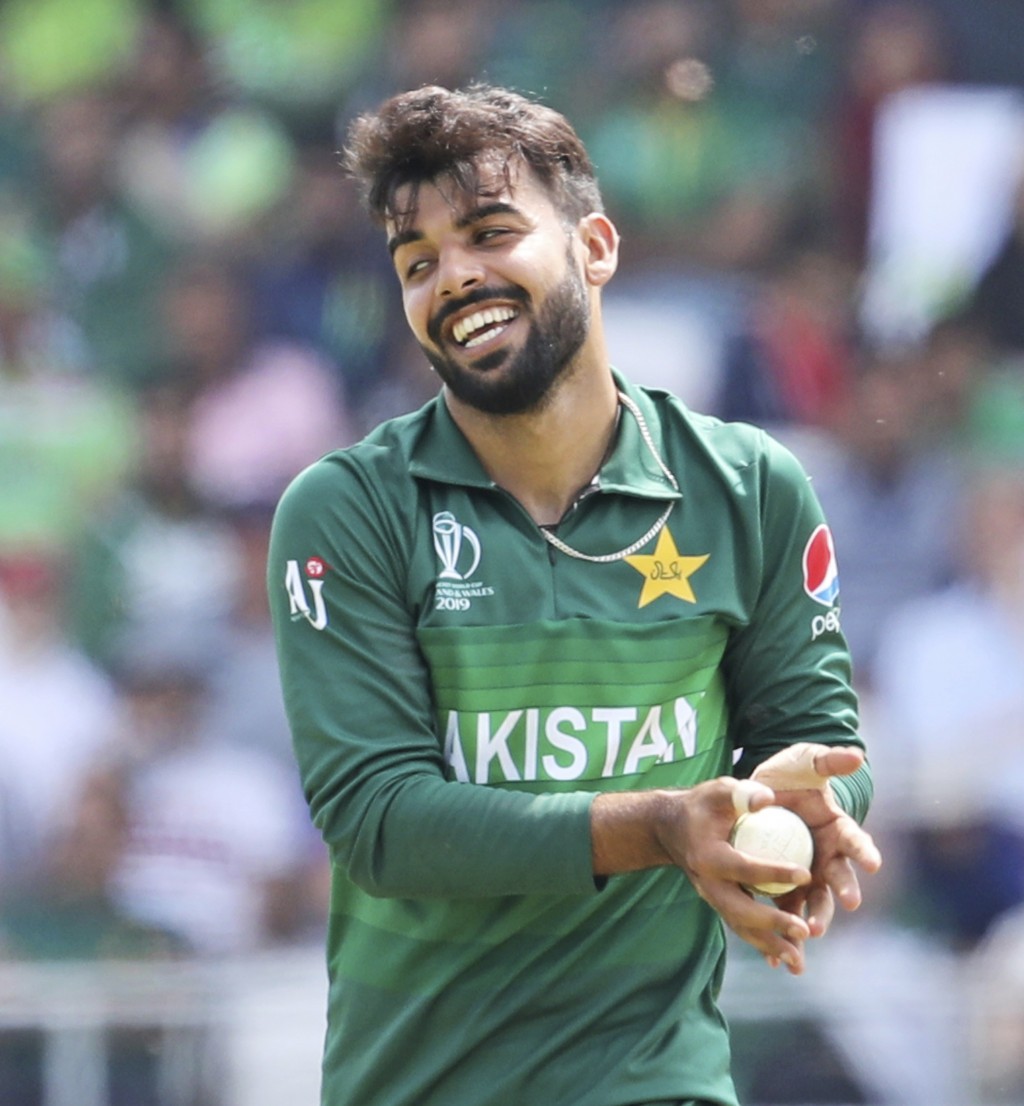 LEEDS, England (AP) — Shaheen Afridi became the first teenage bowler to take four wickets in a World Cup game as Afghanistan finished on 227-9 against Pakistan after choosing to bat first at Headingley on Saturday.

The total shouldn't be too challenging for Pakistan, although Afghanistan's bowlers will enjoy the spin-friendly wicket in Leeds.

Asghar Afghan hit a brisk 42 from 35 balls, including three fours and two sixes, before being bowled by Shadab Khan. Najibullah Zadran hit six fours in a slightly slower 42, from 54 deliveries, and was also bowled, this time by Shaheen.

The 19-year-old Shaheen completed his four-wicket haul when he dismissed Rashid Khan, finishing with figures of 4-47 from 10 overs.

Pakistan is still in contention for a semifinal spot after beating New Zealand by six wickets on Wednesday.

Afghanistan, playing for pride after seven defeats at the tournament, made one change to the lineup that lost to Bangladesh by 62 runs on Monday, bringing in veteran paceman Hamid Hassan for Dawlat Zadran.

Shaheen had a hat-trick opportunity after claiming two early wickets. He had Afghanistan captain Gulbadin Naib caught behind for 15 and dismissed Hashmatullah Shahidi immediately after for a golden duck.

With one ball left in the fifth over, Ikram Ali Khil denied Shaheen his hat trick.

Pakistan won the World Cup in 1992 and now has the same win-loss record through seven games as it did 27 years ago — three wins, three losses and one no result.

The neighboring countries are meeting for the first time at a World Cup.

The International Cricket Council says it was aware of "some scuffles" outside Headingley and was working with police and security. There were reports on social media of skirmishes involving opposing fans outside the stadium, and of at least two fans being ejected from the game.