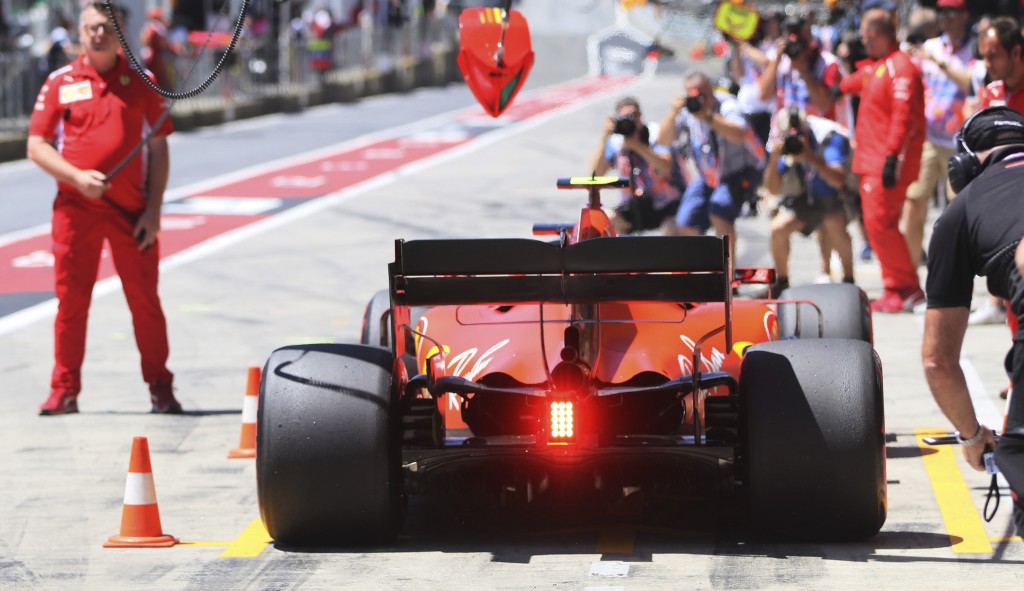 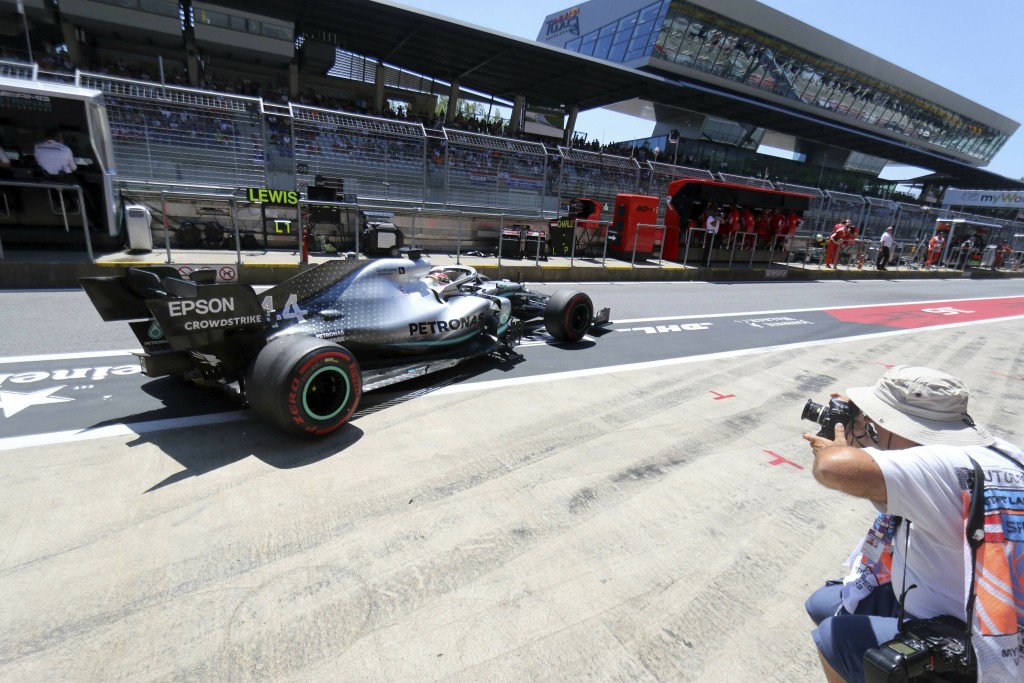 The Monegasque was the only driver to clock a time below 1 minute, 3 seconds, edging Mercedes duo Lewis Hamilton and Valtteri Bottas.

Leclerc's teammate Sebastian Vettel was fourth as Ferrari and Mercedes set the pace ahead of qualifying in the afternoon.

Leclerc presented himself as a main candidate to take pole position, having also led Friday's afternoon session, which was interrupted twice after crashes from Bottas and Verstappen. Hamilton was fastest in the opening practice.

Leclerc earned his first career pole and led the race at the GP in Bahrain in March but missed out on what looked like a certain victory because of engine problems with 10 laps left.

Nico Hulkenberg became the third driver to pick up a grid penalty for Sunday's race after Renault decided before the final practice to use the Spec B engine for the rest of the weekend.

It's Hulkenberg's fifth internal combustion engine this season, and the German will lose five places on the grid.

Earlier, McLaren's Carlos Sainz and Toro Rosso's Alexander Albon were relegated to the back of the starting pack for using new power unit elements. Sainz was coming off a season-best sixth place in the French GP last week and had scored points in four of the last five races.

Striving for his third straight drivers' championship and sixth overall, Hamilton leads Bottas by 36 points, while Vettel trails by 76 points in third.

Mercedes has won four of the five Austrian GPs since the event's return to the F1 calendar in 2014.