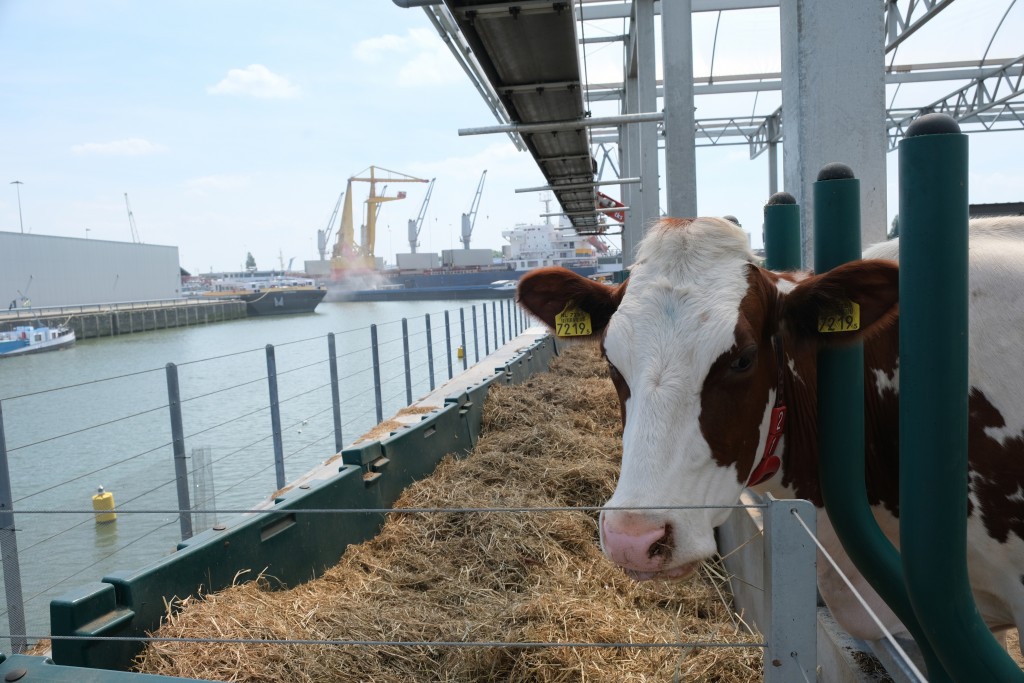 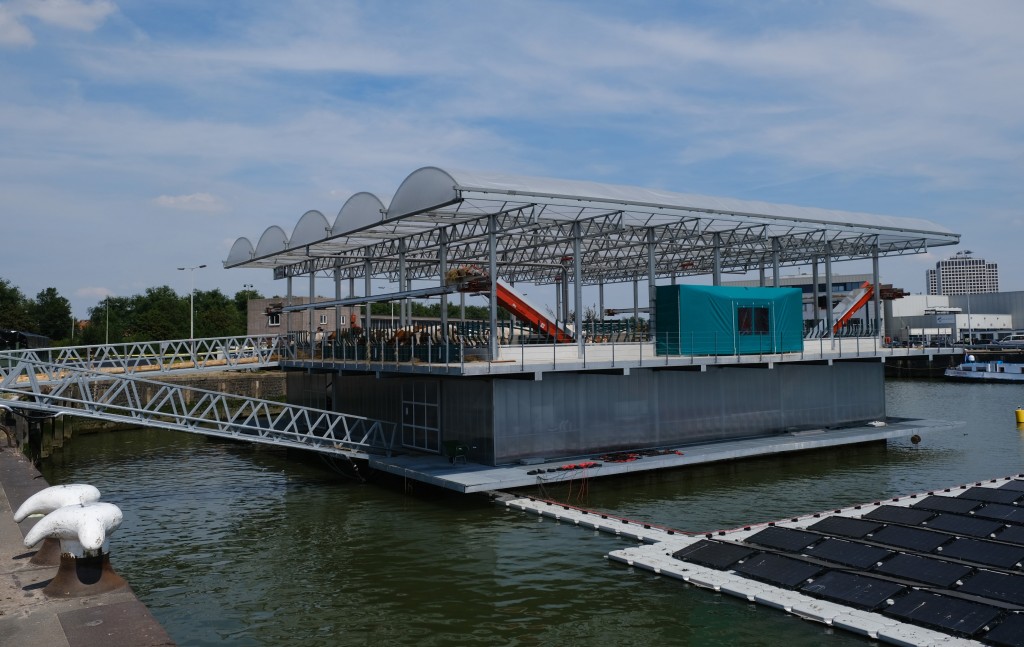 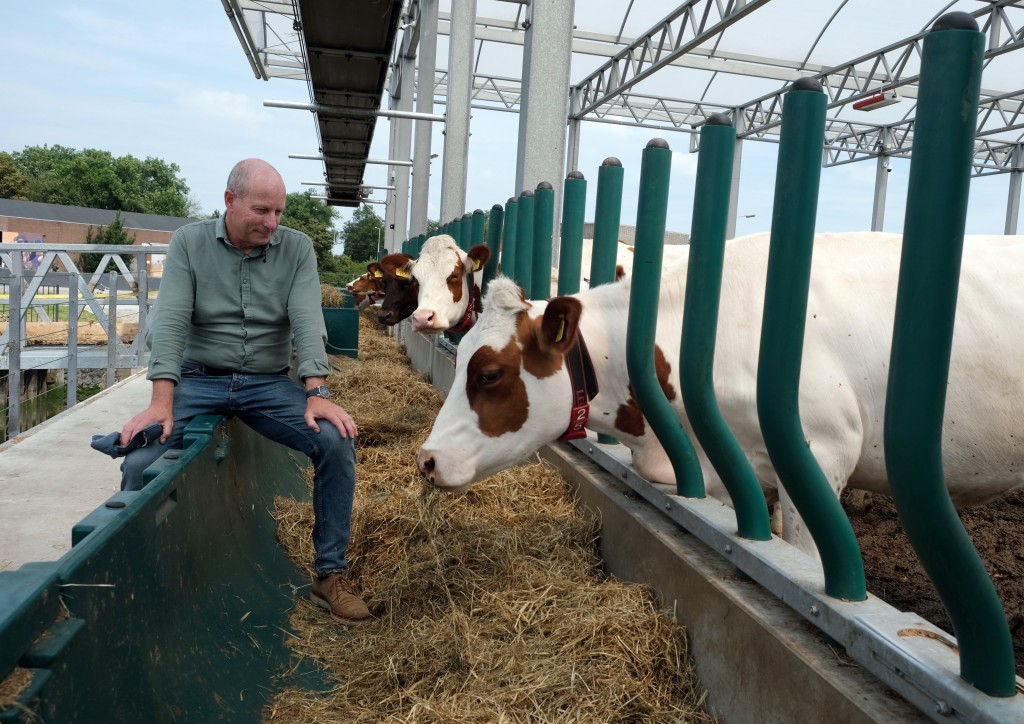 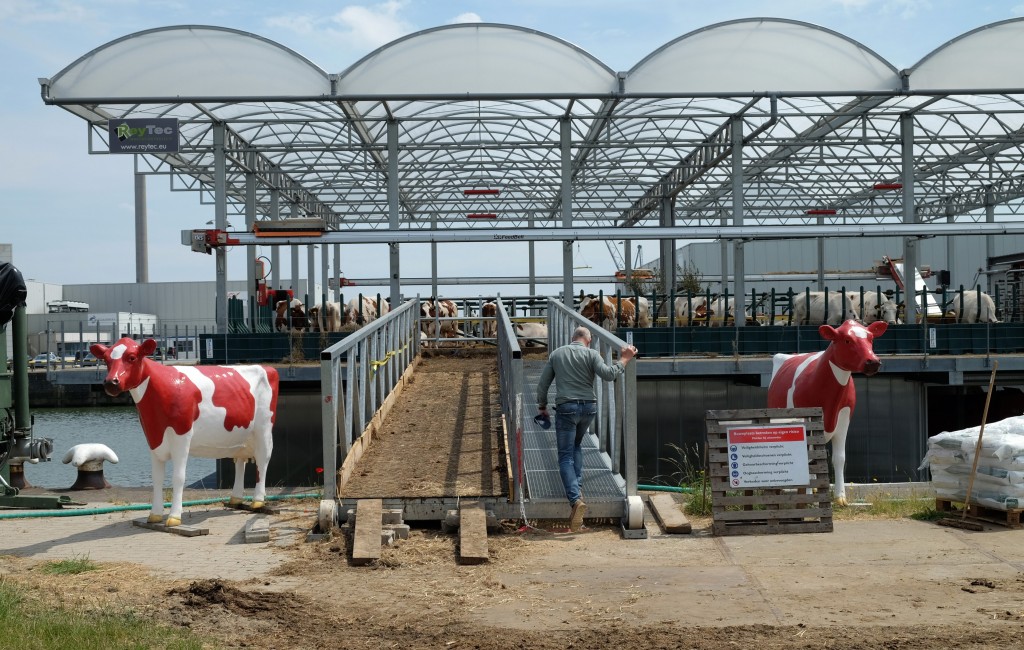 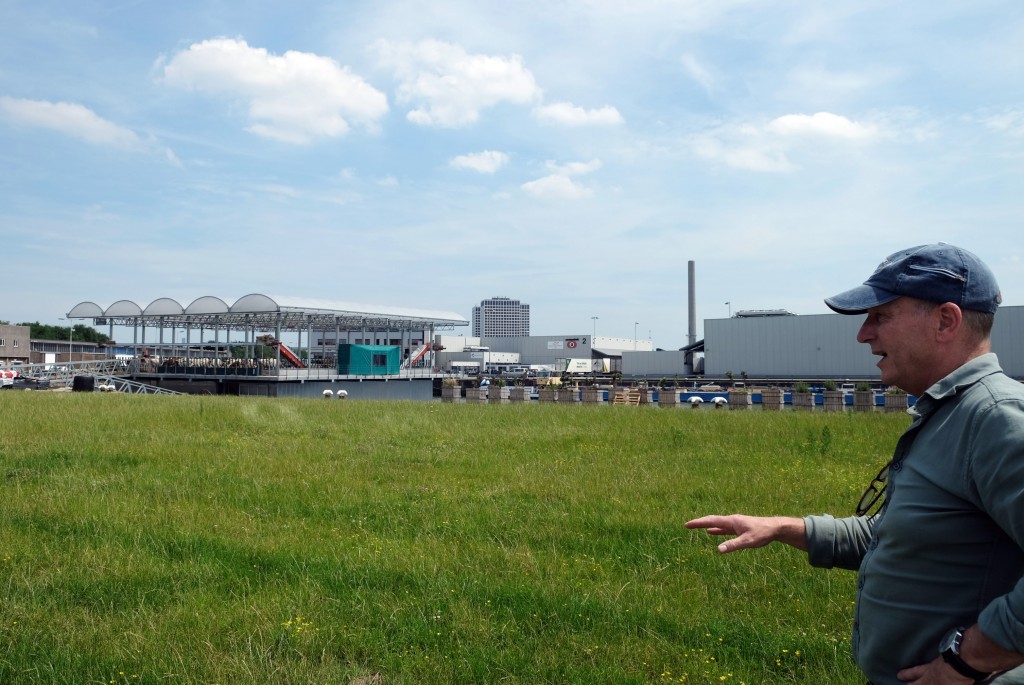 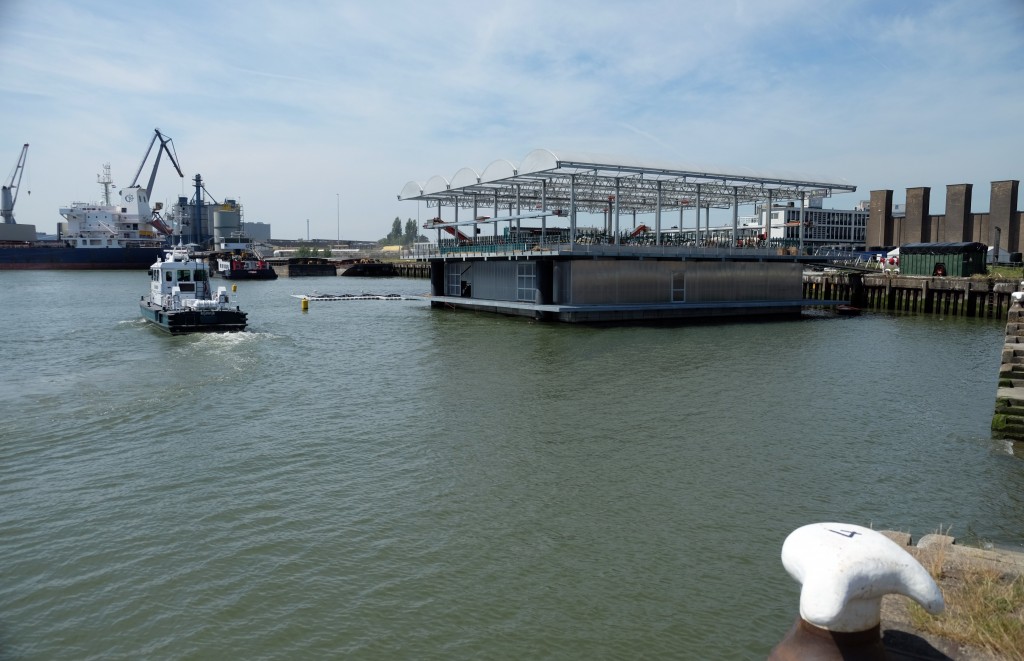 ROTTERDAM, Netherlands (AP) — Peter van Wingerden's dairy smallholding smells just like any other farm — the rich aroma of cow manure and grass hangs in the air around the unusual stable housing the cattle. The farm itself is far from traditional.

Moored in a small harbor in Rotterdam's busy port, the farm is a futuristic three-story floating structure where one robot milks the cows and another automatically scoops up the manure that gives the enterprise its familiar smell.

Its roof collects rainwater and a raft of solar panels floating alongside produces 40% of the energy the farm needs.

The cows, gazing out over ships transporting gas and yellow cranes unloading ships, eat a mixture of grass cut from a local golf course and the field used by Rotterdam's top soccer team, grain used by a local brewer to make beer and potato peelings — all automatically cut, mixed and transported to food troughs by conveyer belts.

As countries around the world seek to meet the challenge of feeding growing populations in a sustainable way, Van Wingerden believes the farm, which opened in May and cost about 3 million euros ($3.4 million), demonstrates a new sustainable way of producing food close to where most of it is consumed — in the world's cities.

"Transporting all this food all over the world is really polluting the world. It's doing damage to food quality, it creates food losses," he said in a recent interview. "So we have to find a different model. We have to bring it much closer to the citizens. And that's what we're showing over here."

The fully-functioning showcase of circular-economy farming combines Dutch expertise in recycling, building on water and automated agriculture is drawing interest from around the world. Van Wingerden said he is already discussing floating farms in Singapore and China. A group is looking into locating one in Red Hook, Brooklyn.

"We should stop exporting food, but we should start exporting knowledge and technology," Van Wingerden said.

When the herd reaches its target capacity of 40 cows — there are currently 35 — it will produce 800 liters (211 gallons) of milk each day. The brown and white cows are a breed called Maas-Rijn-Ijssel — named for three rivers that flow through the Dutch region they originate from.

The farm pasteurizes the milk and turns some of it into yoghurt on the middle floor of the pontoon. Manure is processed for use as fertilizer.

Jan Willem van der Schans, a senior researcher at Wageningen Economic Research who specializes in urban farming and circular economy issues, said floating farms could be the future for some sectors of agriculture such as fruit and some vegetables in some parts of the world. But he thinks that the level of automation and the unnatural surroundings of the cows may create opposition to the project.

"These are animals that we all like and then we like to see them in a meadow," he said. "And then we bring them into a very industrial environment and I think that's something that many people think is not the right direction for livestock farming to go into."

Van Wingerden said that animal welfare is his top priority, pointing to many design elements in the construction that are intended to make life as easy as possible for the cows such as rubber floors and poles in the stable. A small meadow of grass speckled with wild flowers grows on land next to the pontoon. Once fencing is completed, cows will be free to walk down to graze in more natural surroundings.

"Animal welfare is for us design criteria No. 1," he said. "We wanted to create the best stable — comfortable stable, solid stable — for the cows, and that's what we did."

The cows appear comfortable on the water. On a recent hot, sunny, day some lay in the shade, others stood, eating from the food troughs that overlook the busy Merwe Harbor, while others milled around the milking robot.

The pontoon rose and fell gently on undercurrents caused by the movement of nearby ships.

The movement didn't appear to affect the cows.