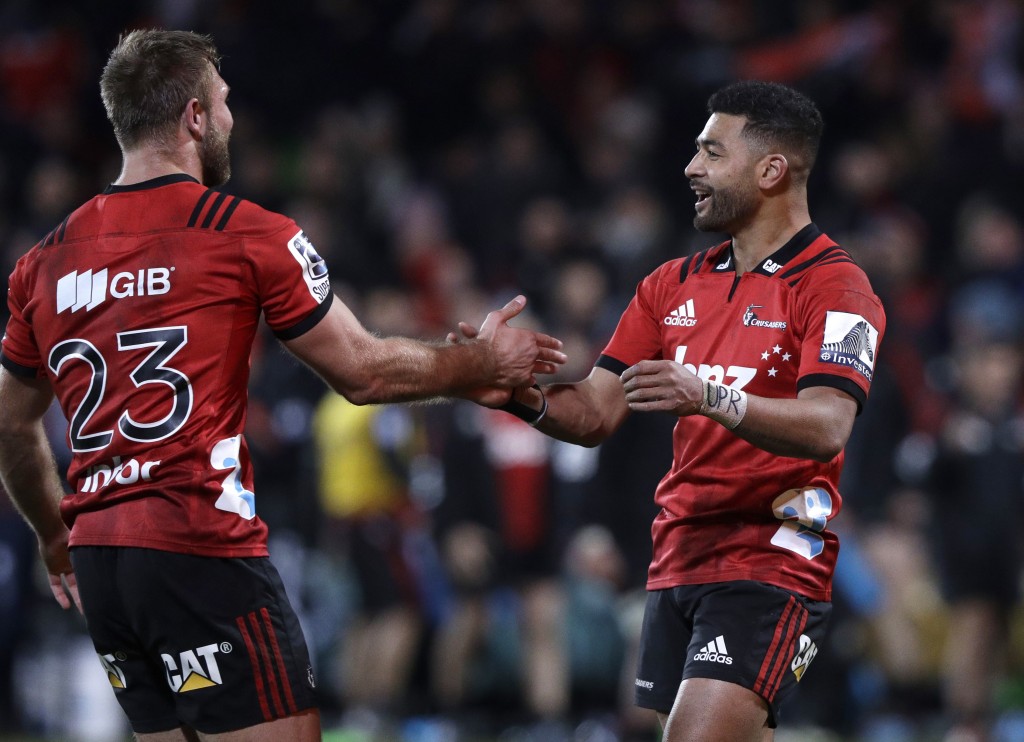 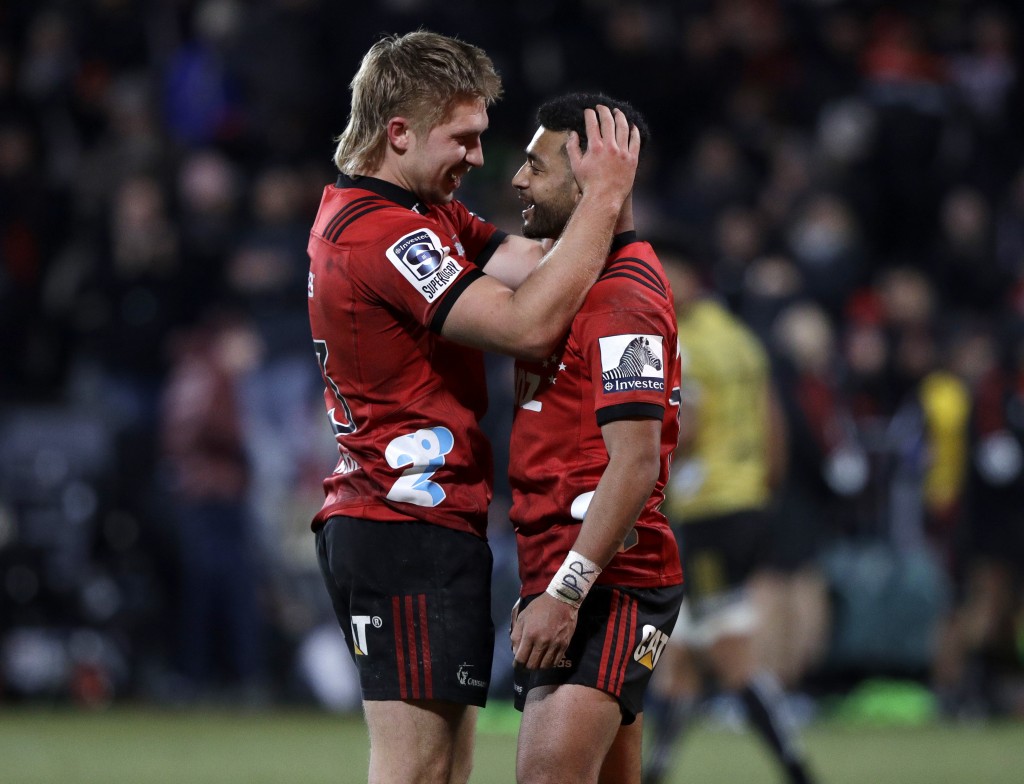 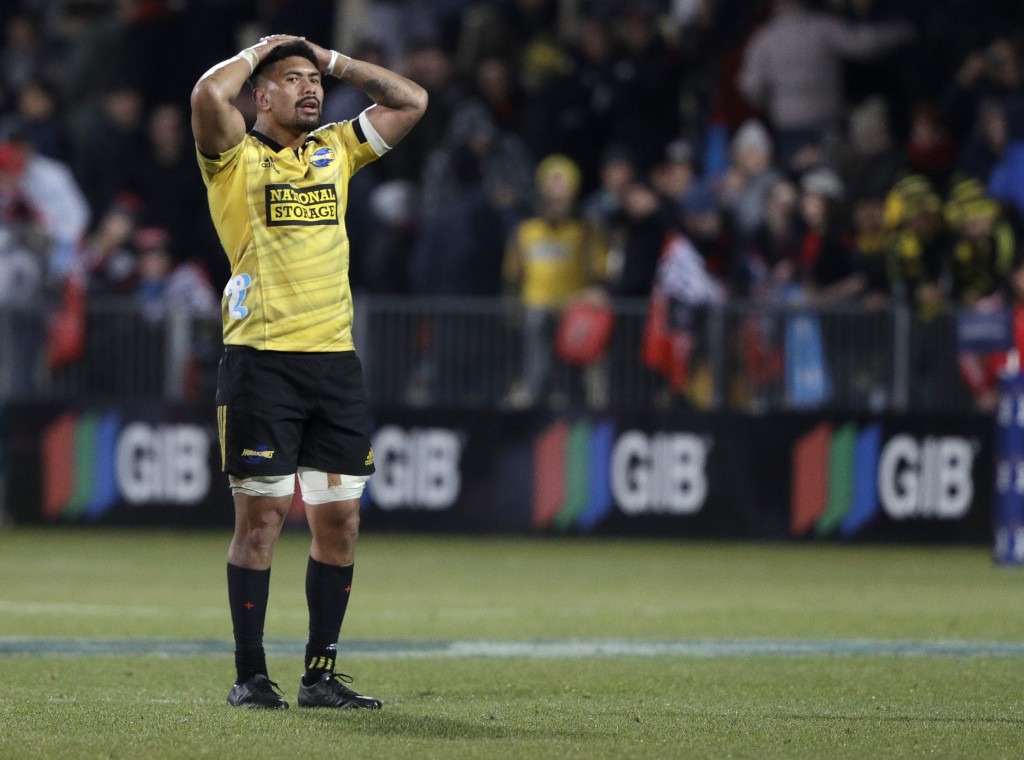 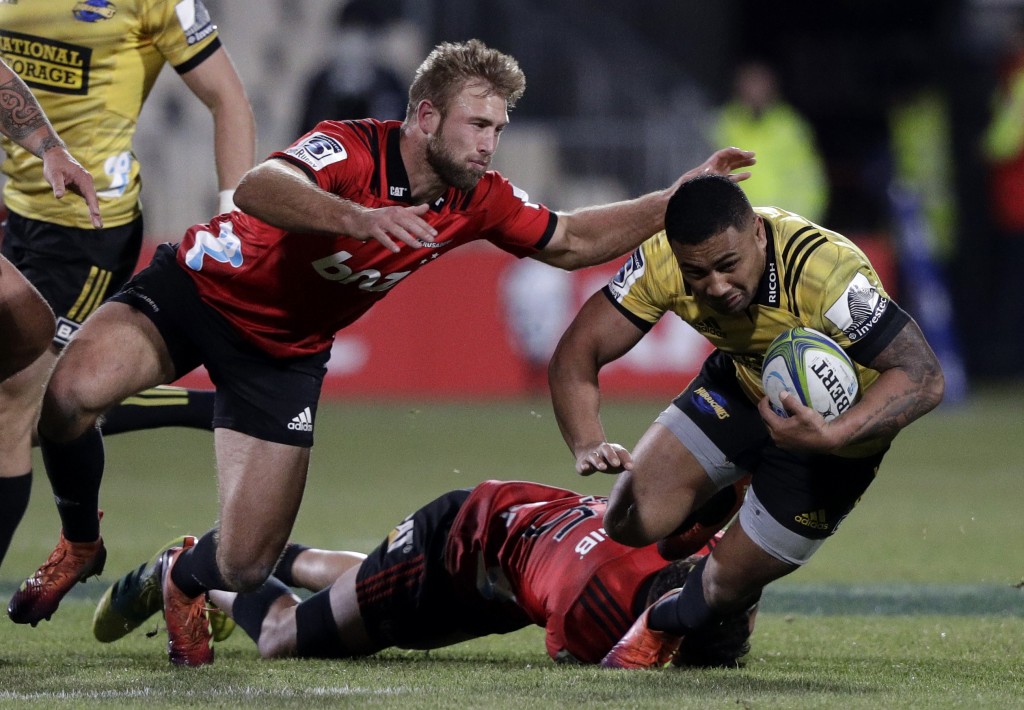 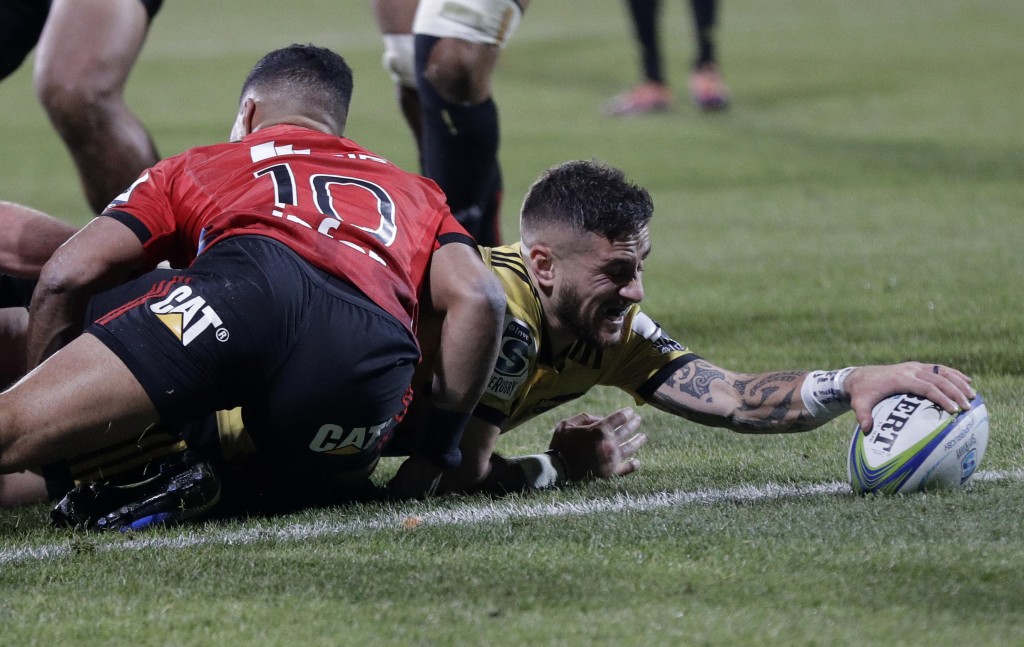 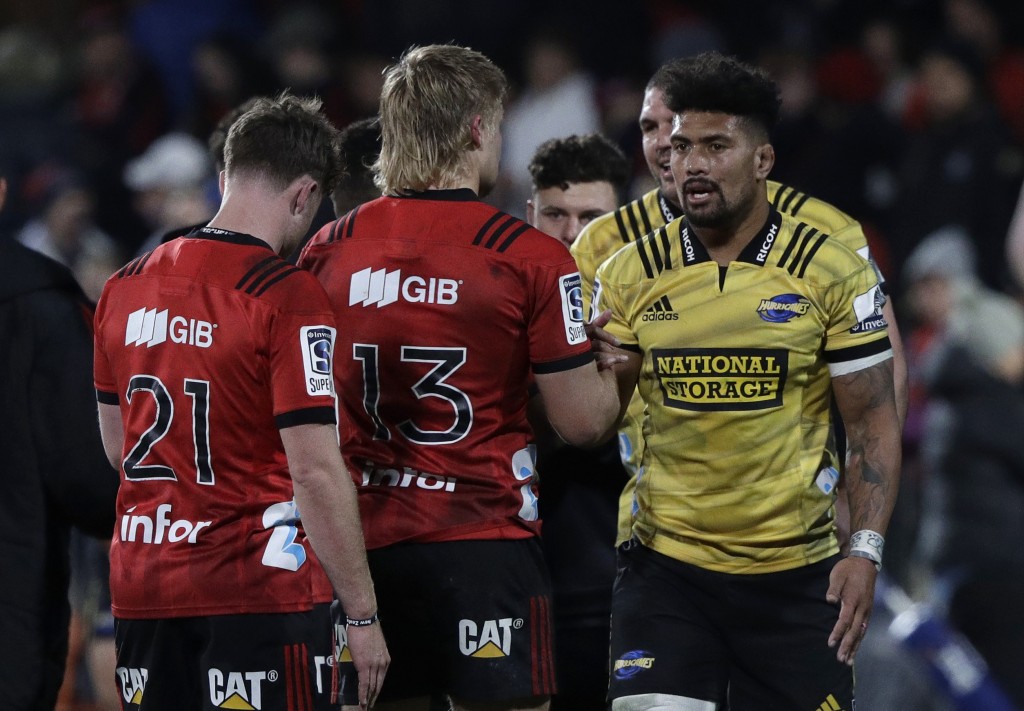 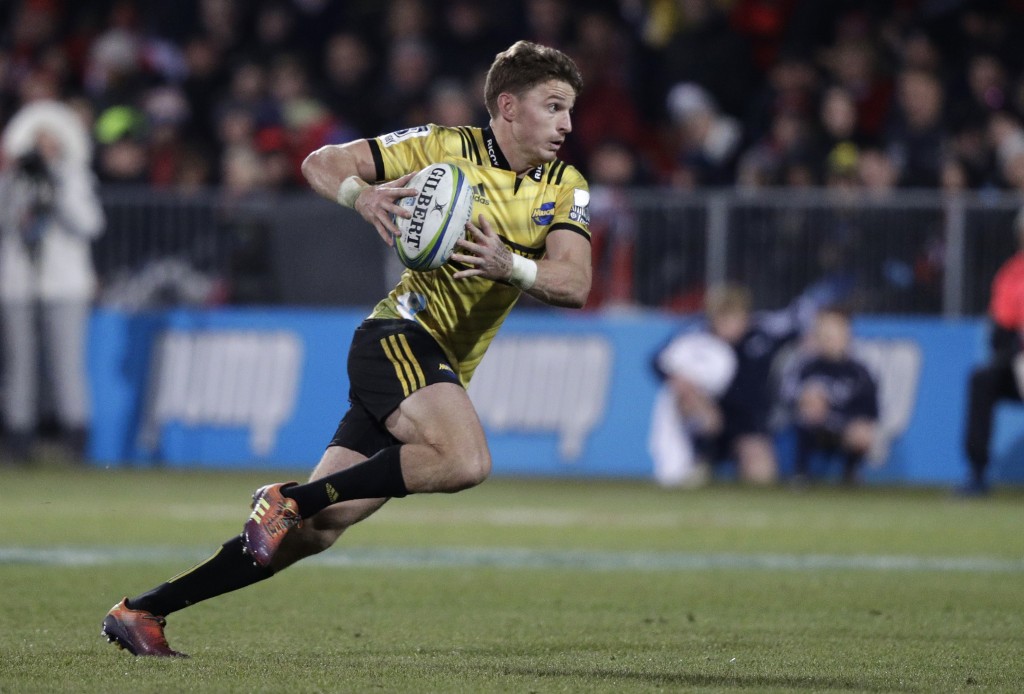 CHRISTCHURCH, New Zealand (AP) — Defending champions the Crusaders will host Argentina's Jaguares in next weekend's Super Rugby final after beating the Hurricanes 30-26 Saturday to continue their quest for a 10th title and their third in consecutive years.

Winger Sevu Reece scored two tries — his 14th and 15th of the season — and flyhalf Richie Mo'unga scored a try and kicked six goals for 20 points to propel the Crusaders into the final for the 14th time.

Earlier, the Jaguares extended a history-making season with a 39-7 win over the ACT Brumbies in Buenos Aires to reach the final for the first time in their fourth year in the tournament.

The Crusaders were dominant early in the first half Saturday, taking a 13-0 lead as the Hurricanes squandered possession with thoughtless kicking. But when the Hurricanes held onto the ball and attacked the defensive line the match turned into a thrilling exhibition of tit-for-tat scoring.

Center Ngani Laumape scored two tries as the Hurricanes cut the Crusaders' lead to 13-7 at halftime. They matched the Crusaders try for try through the second half but never held the lead, closing within one point without bridging the gap.

The match ended in controversy when the Australian referee called a knock-on when the Hurricanes were hot on attack. The ball had been knocked on by the Crusaders and the call took away the Hurricanes' last scoring chance.

"It's always tough defending these guys," Crusaders captain Sam Whitelock said. "We did a great job until 39 minutes in (when the Hurricanes scored their first try).

"The Hurricanes scored one and then all of a sudden the floodgates opened. We're really happy, though. The boys stuck together and managed to get there in the end."

The Crusaders took an early lead when Reece scored a brilliant opening try. Fullback David Havili won the ball in the air and center Ryan Crotty put in a cross kick for Reece who was unguarded on the right wing. He managed to pick up the ball at full pace and score wide out. A conversion and two penalties by Mo'unga gave the Crusaders a 13-0 lead.

When the Hurricanes finally attacked with ball in hand they created a try to Laumape immediately before halftime which kept them in the match.

The Hurricanes scored through winger Ben Lam immediately after the re-start but flyhalf Beauden Barrett missed a conversion which would have given his team their first lead.

Barrett was guilty of kicking the ball away early but turned the game around for the Hurricanes when he ran at the defense in the second half.

The Crusaders quickly answered Lam's try with a try to Mo'unga, opening an eight-point lead. Laumape's second try cut the lead again to a single point.

Reece's second try, created by superb passing among the Cruaders' back row of Kieran Read, Matt Todd and Jordan Taufua, again made the lead eight points.

Hurricanes scrum half T.J. Perenara, in a record 127th appearance for the franchise, reached out to score a try in the 61st minute which kept hearts racing inside the final quarter.

The Hurricanes attacked frequently in the last few minutes without managing the vital breakthrough.

"That's been the theme for us all week, just being relentless and never giving up," Hurricanes captain Dane Coles said. "I thought we absorbed a lot of that pressure in the first half and were pretty happy with 13-7 at halftime.

"We started pretty well in the second half but some of those tries they got were pretty easy."