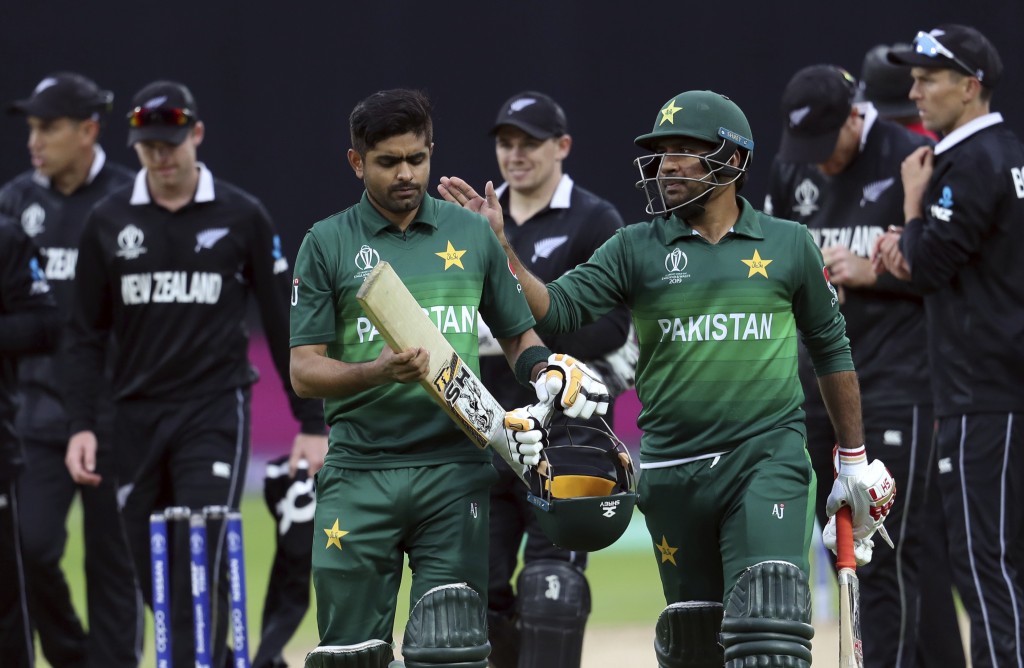 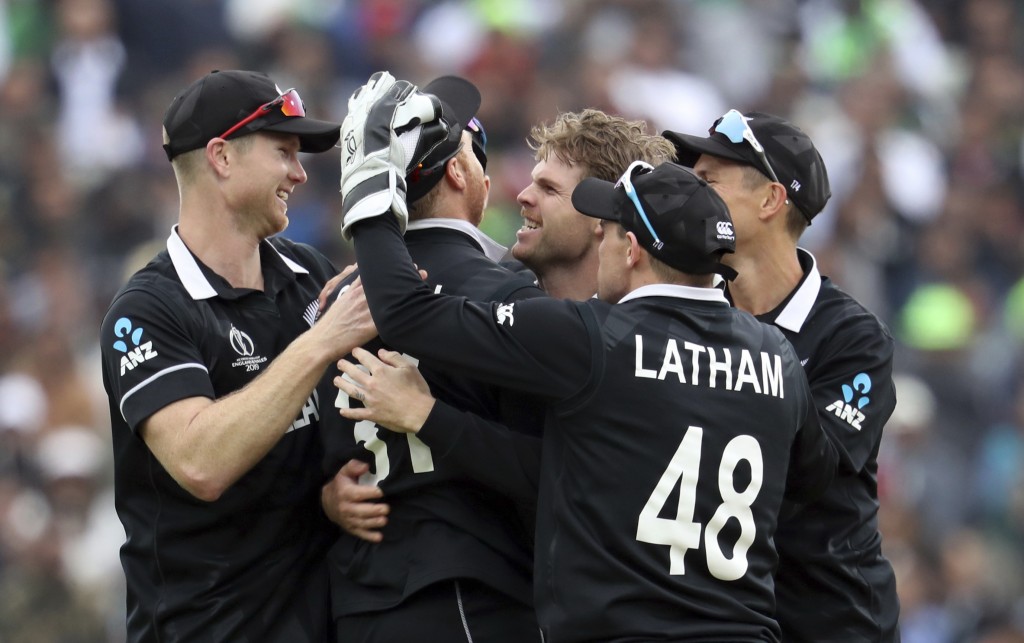 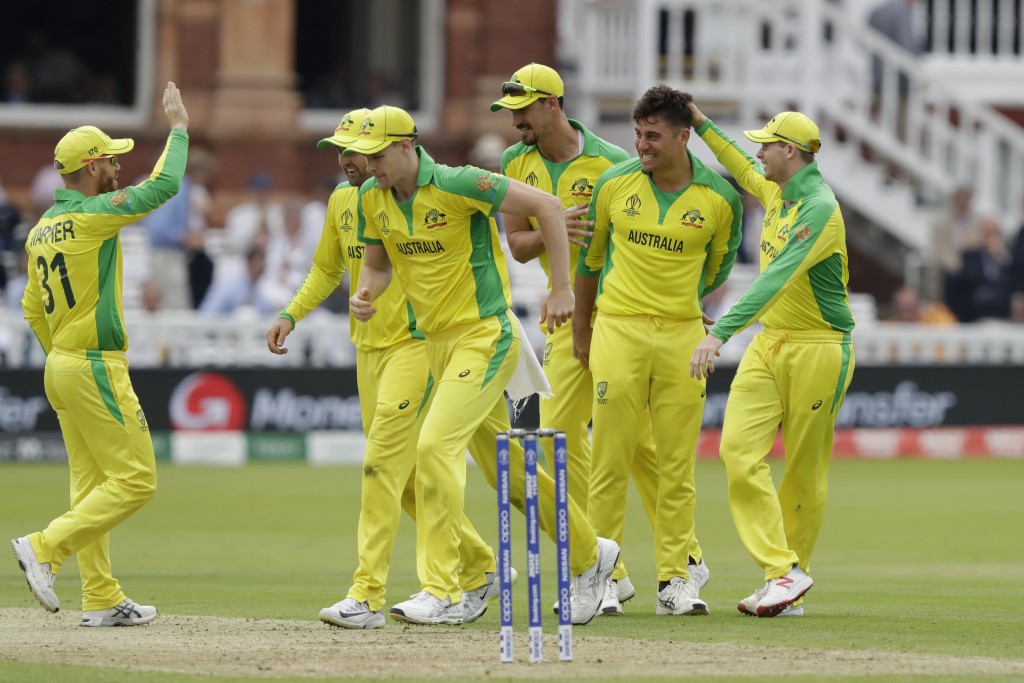 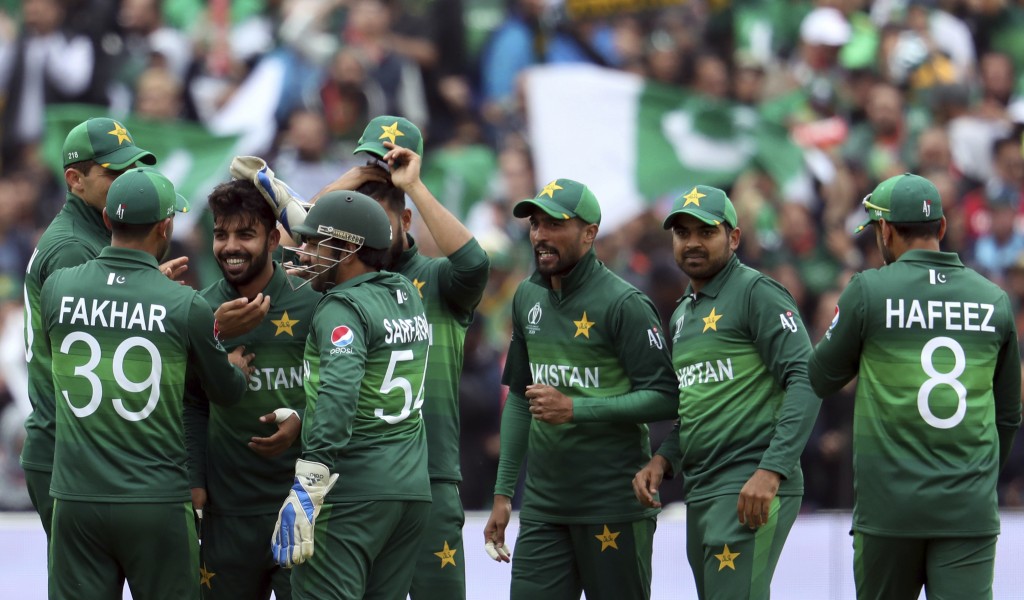 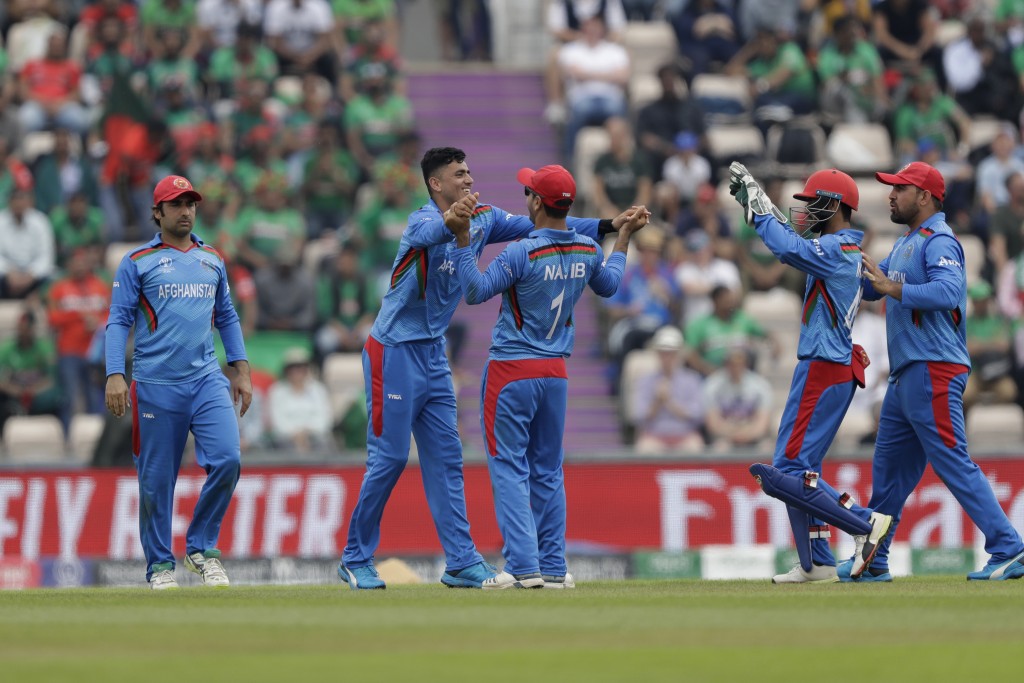 LONDON (AP) — The Latest on Day 31 of the Cricket World Cup (all times local):

Afghanistan skipper Gulbadin Naib won the toss and elected to bat against Pakistan in their Cricket World Cup group game at Headingley.

Pakistan is still in contention for a semifinal spot after beating New Zealand by six wickets on Wednesday and has retained the same XI.

Afghanistan can't be taken for granted in Leeds. It has lost all its previous seven games but gave India an unexpected scare in Southampton. It made one change to the lineup that lost to Bangladesh by 62 runs on Monday, bringing in veteran paceman Hamid Hassan for Dawlat Zadran.

Pakistan won the World Cup in 1992 and now has the same win-loss record through seven games as it did 27 years ago — three wins, three losses and one no result.

Conditions are hot and the wicket appears good.

New Zealand needs one more win to join defending champion Australia in the Cricket World Cup semifinals. They meet on Saturday at Lord's in a day-night match.

Pakistan needs to beat Afghanistan in Leeds to stay in semifinal contention. A win would lift Pakistan above England and into fourth in the standings.

New Zealand and Australia have lost only once each in this edition, but the Kiwis had a washout.

They have won their last two matchups against Australia, but they haven't won three in a row in more than 12 years.

Australia has a 7-3 win-loss record against the Kiwis in World Cups, the last of them in the 2015 final.

David Warner, with 500, and captain Aaron Finch, with 496, lead the run-scorers in this World Cup, and are close to catching Ricky Ponting (539 in 2007) for second most by an Australian in a single edition. Matthew Hayden leads with 659, also in 2007.

Despite also being neighbors, Pakistan and Afghanistan have met only three times in one-day internationals, neither in their own countries. Pakistan has won all three, the last two in the Asia Cups of 2014 and 2018.

This will be their first meeting in a World Cup.

Gulbadin Naib needs one more wicket to equal the record for most by an Afghani in a single edition, 10 by Shapoor Zadran in 2015.

Afghanistan has lost all seven of its matches, so far, its longest losing streak in ODIs.