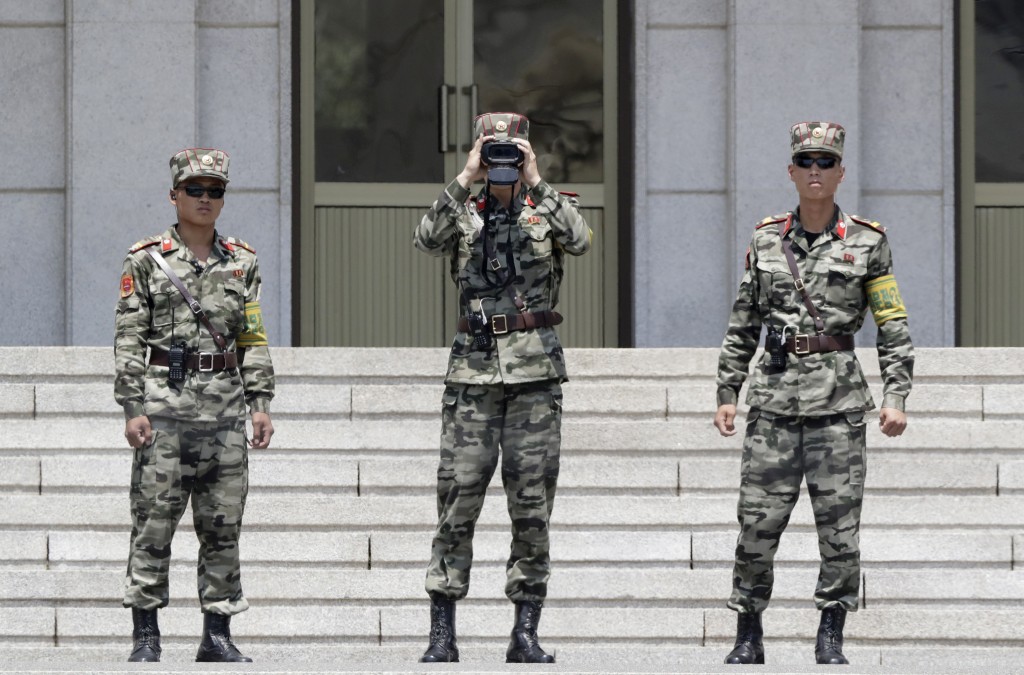 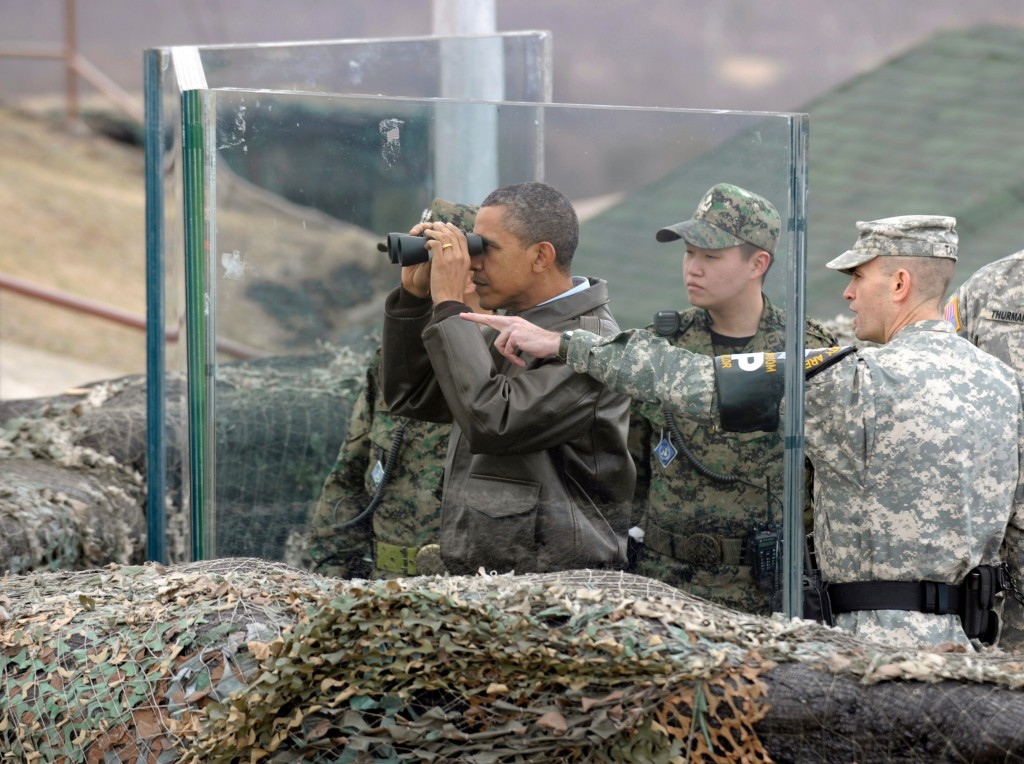 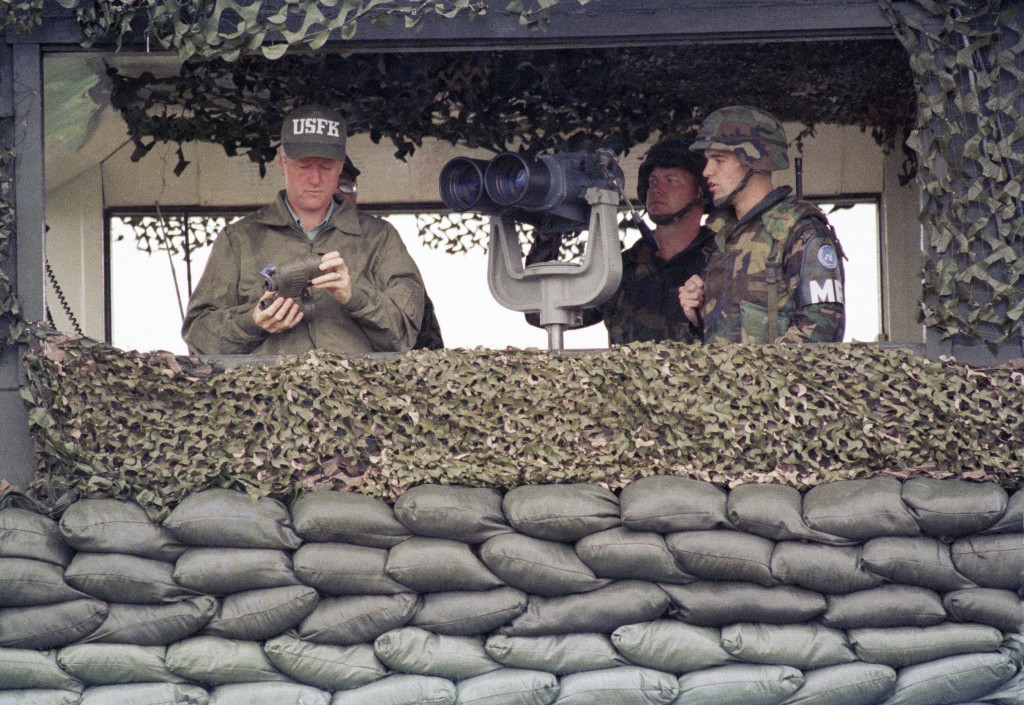 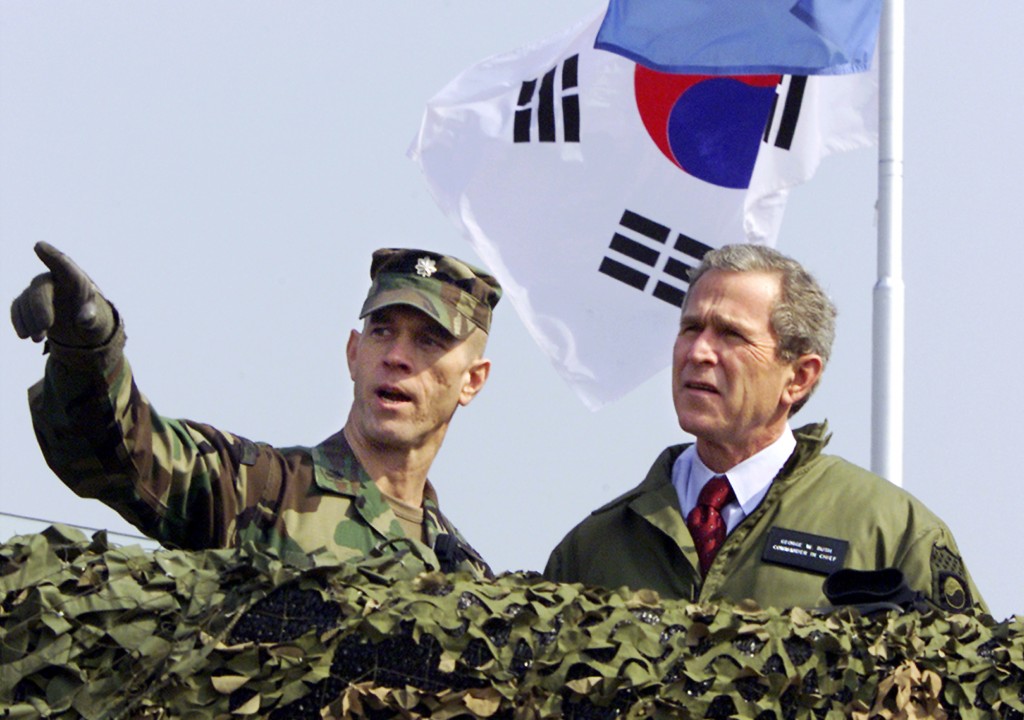 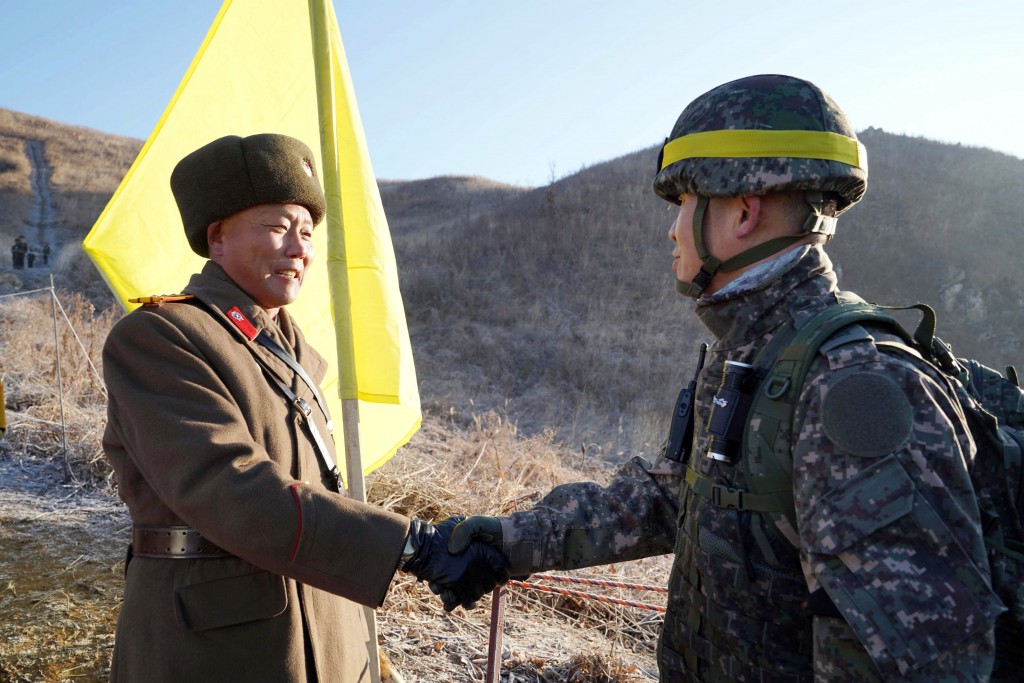 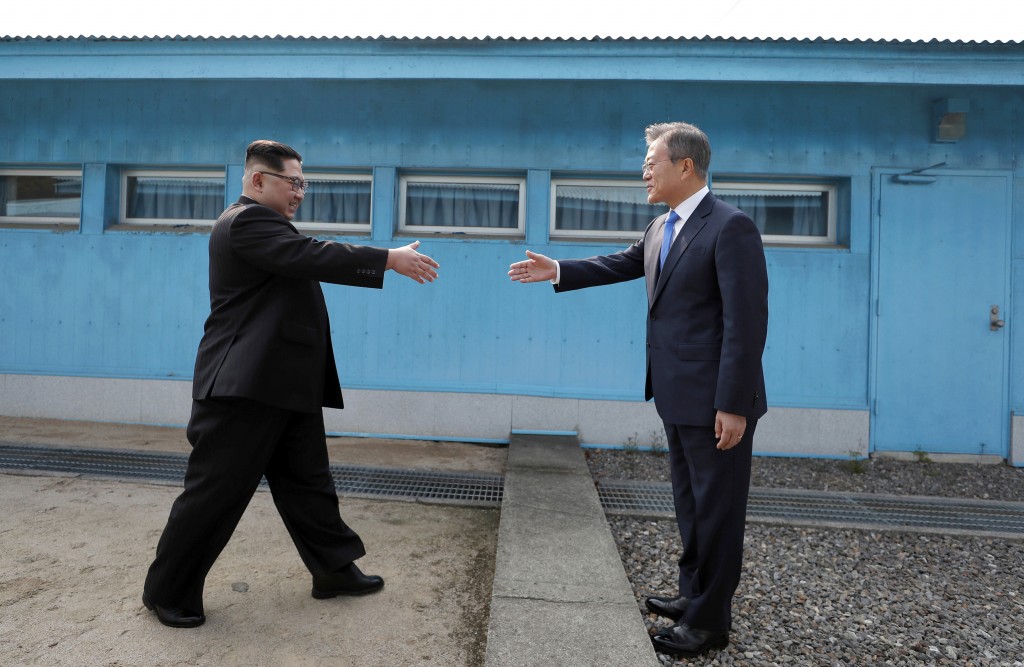 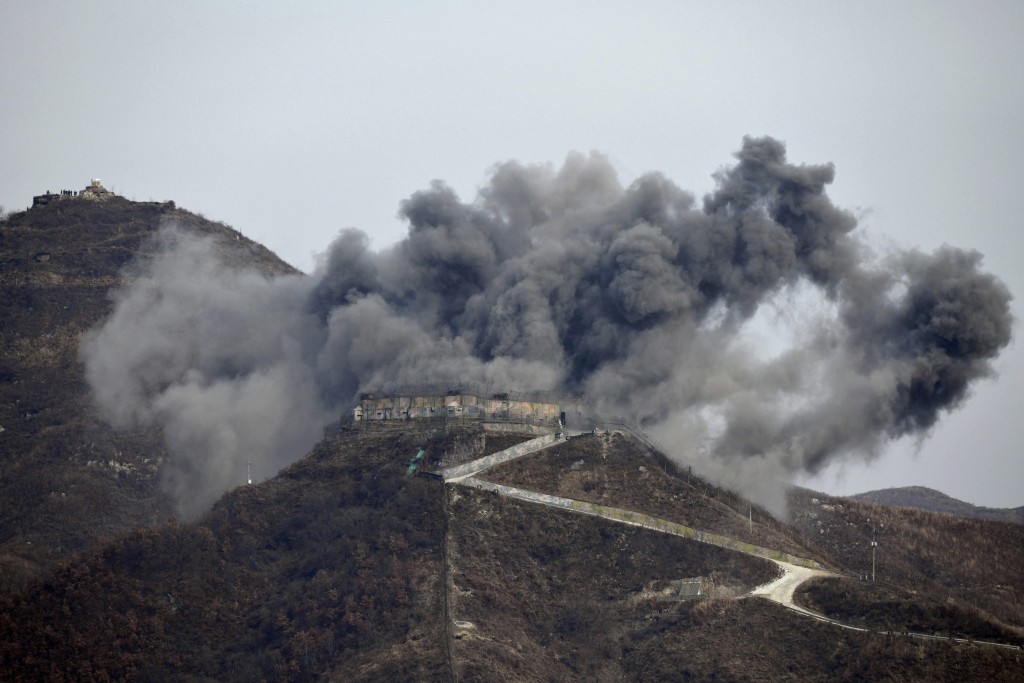 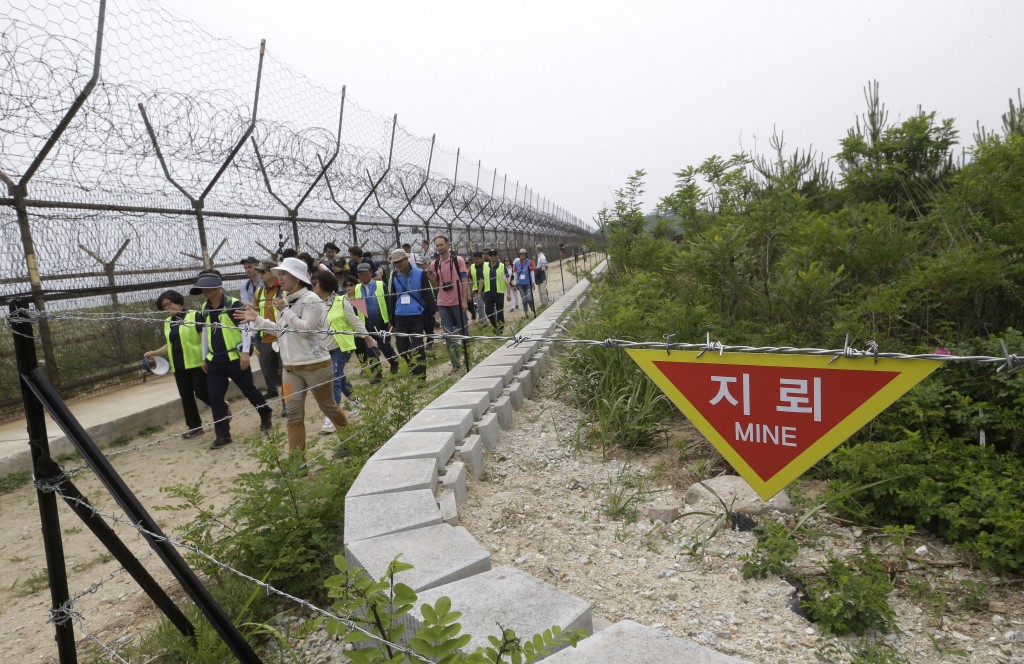 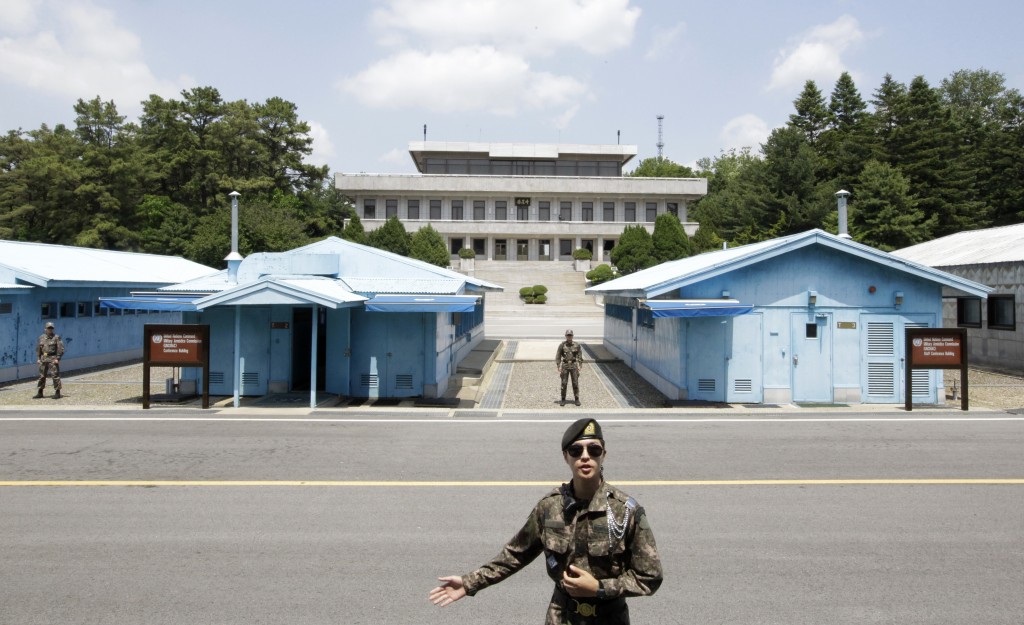 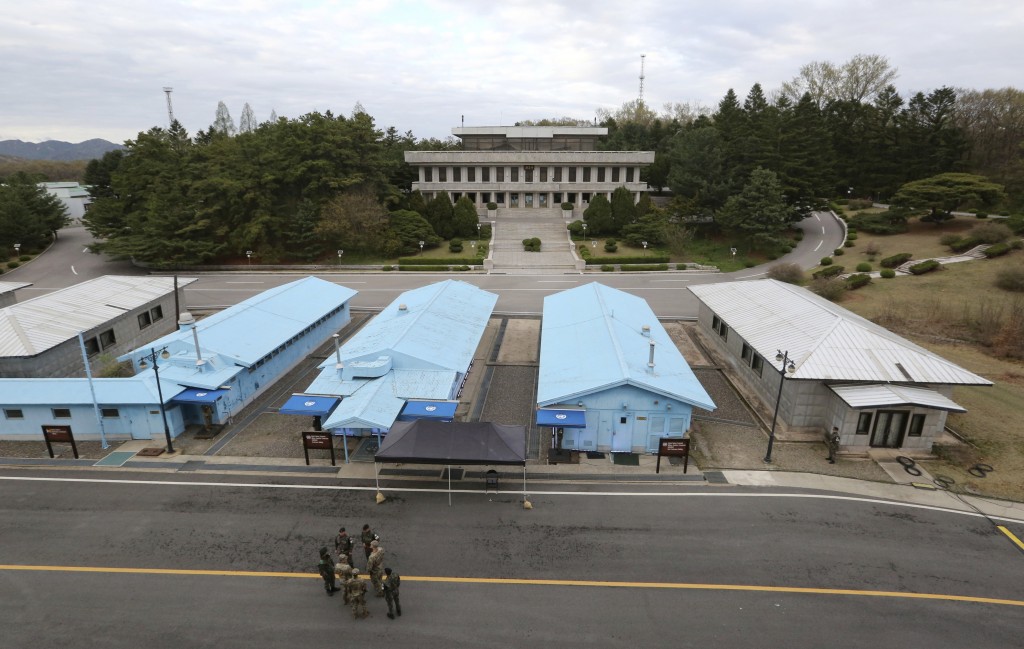 SEOUL, South Korea (AP) — The Demilitarized Zone, where U.S. President Donald Trump wants to meet North Korean leader Kim Jong Un on Sunday, may be the most heavily fortified strip of land in the world and serves as an uneasy and occasionally bloody borderline between the two Koreas.

There isn't much demilitarized about it: A minefield laced with barbed wire, it's guarded by combat-ready troops on both sides and has been the site of numerous, sometimes deadly gun-battles and skirmishes. U.S. presidents and other top officials have often travelled to the DMZ to reaffirm their commitment to the defense of ally South Korea in times of hostility with North Korea.

If Kim accepts Trump's offer for a cross-border handshake, the most likely spot inside the DMZ where the two can meet is the Korean border village of Panmunjom. Last year, Kim stepped over into the southern side of Panmunjom for a summit with South Korean President Moon Jae-in, becoming the first North Korean leader to set foot on South Korean land.

Here's a look at a border that could once again be a part of history:

The DMZ, which runs across the Korean Peninsula, is 248 kilometers (154 miles) long and the 4 kilometers (2.5 miles) wide. Created as a buffer at the close of the 1950-53 Korean War, it's jointly overseen by the American-led U.N. Command and North Korea.

Hundreds of thousands of North and South Korean troops are now deployed along the DMZ, which is littered with an estimated 2 million mines, tank traps, razor wire fences and guard posts.

It's extremely rare for anyone to cross the DMZ in unauthorized areas. More than 30,000 North Koreans have escaped to South Korea for political and economic reasons since the war's end, but mostly via the North's long, porous border with China.

Violence was more common in the Cold War, but a 2015 land mine blast blamed on North Korea maimed two South Korean soldiers and pushed the rival Koreas to the brink of an armed conflict.

As relations improved last year, Kim and Moon agreed on several deals aimed at reducing animosity at the border. They removed mines from certain areas, dismantled some of their guard posts and halted frontline live-fire exercises. Experts say tensions can easily return if diplomacy eventually fails to end the North Korean nuclear stalemate.

If Trump is going to meet Kim inside the DMZ, Panmunjom is the most likely place. It has been the venue for past high-level talks. It's somewhat safer than other areas, and it is just an hour's drive from Seoul, where Trump will meet with Moon. Most past DMZ visits by U.S. presidents and other officials happened at Panmunjom and nearby areas.

North and South Korean troops stand only several meters (yards) away from each other there. They once carried pistols, but since last year's deals they aren't armed.

Panmunjom is also where an armistice was signed to stop the Korean War. That armistice has yet to be replaced with a peace treaty, leaving the Korean Peninsula in a technical state of war. About 28,500 American troops are still stationed in South Korea.

Panmunjom is 52 kilometers (32 miles) north of Seoul and 147 kilometers (91 miles) south of Pyongyang.

Since the armistice, more than 830 rounds of talks have been held in various Panmunjom conference rooms.

Panmunjom is where, during his first summit with Moon in April 2018, Kim stepped across the concrete slabs that form the military demarcation line and the leaders shook hands. Kim then took Moon's hand and led him back across the borderline into the North, where they posed for a photo together before returning to the South for a summit.

Before that, the most famous incident at Panmunjom happened in 1976, when ax-wielding North Korean soldiers killed two U.S. officers sent out to trim a tree that obstructed the view from a checkpoint. Washington sent nuclear-capable bombers toward the DMZ in response. Animosities eased after then leader Kim Il Sung, the grandfather of Kim Jong Un, expressed regret over the incident.

In 2017, North Korean soldiers sprayed bullets at a colleague who was making a dash for the border. He survived and now lives in South Korea.

In 1993, President Bill Clinton visited Panmunjom when the North Korean nuclear crisis first flared. In 2002, President George W. Bush visited the DMZ a few weeks after he labeled North Korea part of an "axis of evil."

In March 2012, Kim Jong Un came down to Panmunjom and met front-line North Korean troops in his first known visit to the area since taking power in late 2011. He gave the troops rifles and machine guns as souvenirs and ordered them to maintain "maximum alertness," according to state media.

Days after Kim's Panmunjom trip and ahead of a planned North Korean long-range rocket launch, President Barack Obama visited a front-line U.S. military camp just south of the DMZ and told American troops they are protectors of "freedom's frontier."

In November 2017, Trump planned to visit the DMZ with Moon to underscore his stance on North Korea's nuclear program, but his plans were thwarted by heavy fog that prevented his helicopter from landing at the border.