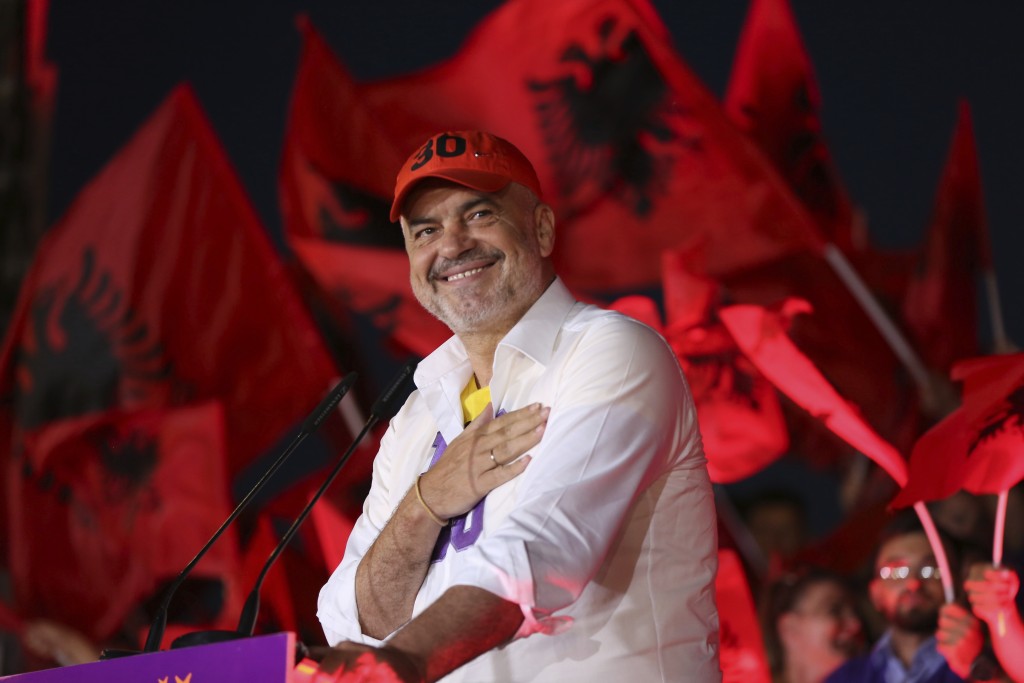 TIRANA, Albania (AP) — Albania's local elections on Sunday are taking on more importance than usual as a test of democracy in the ex-communist state that hopes to start membership negotiations with the European Union.

The opposition, supported by the country's president, is boycotting the vote over its claims of government corruption and demands for a new parliamentary election, but the Albanian government is pressing ahead.

Holding a free and fair election has been post-communist Albania's Achilles' heel, but it is considered key for the launch of EU membership talks for the nation of 2.9 million, which already belongs to NATO.

Here is a look at what to expect:

About 3.5 million Albanians are eligible to elect mayors and town hall councils, or parliaments to run 61 districts for the next four years. The number of eligible voters is notably higher than the entire population of Albania, due to the number of people from the Albanian diaspora in other countries. There is no provision for voting abroad, however.

President Ilir Meta has tried to cancel Sunday's vote because of the opposition boycott, and on Thursday he announced that the election would now take place on Oct. 13 — a few days before the EU decision on membership negotiations is expected.

Prime Minister Edi Rama, however, insists the elections will take place as scheduled on Sunday, to prevent opponents from using political "blackmail" to force the calling of early parliamentary elections. Rama accuses the opposition of trying to disrupt efforts to launch EU membership negotiations.

The opposition, led by Lulzim Basha, put the blame on the government, and says the political crisis will be solved when Rama resigns and vote-riggers are jailed.

Rama's Socialists have started the lengthy procedure to oust Meta, saying he acted unconstitutionally in canceling the vote.

The U.S., the EU and other international organizations have repeatedly called on the opposition to avoid violence and to hold dialogue to resolve the political deadlock. They have pressed it not to boycott the election and denounced the decision taken in February by opposition lawmakers to relinquish their parliamentary seats.

The opposition Democrats have hardly heeded the calls, although the most recent protest saw a notable reduction in violence. Local media reported that the U.S. had told Basha and Monika Kryemadhi, Meta's wife and leader of an aligned political party — that their groups would be considered "violent organizations" if there was violence. That couldn't be confirmed officially.

Western ambassadors have been carrying out daily shuttle diplomacy to try to make progress.

The ruling Socialists are the only candidates in 35 out of 61 districts, with some smaller leftist and center-right parties running against them in the others.

Thousands of police officers will guard the polling stations. The Organization for Security and Cooperation in Europe's Office for Democratic Institutions and Human Rights is sending 174 election observers. They will give their preliminary findings on Monday.

The opposition has created the Civic Alliance for Democracy Protection — groups of its supporters around the country, who might try to create problems at the polling stations, likely urging other voters not to go in, or preventing them from doing so.

Western embassies have called on their citizens in the country to avoid polling stations and be careful during Sunday's vote.

The opposition has said it won't accept the results or recognize the new authorities.