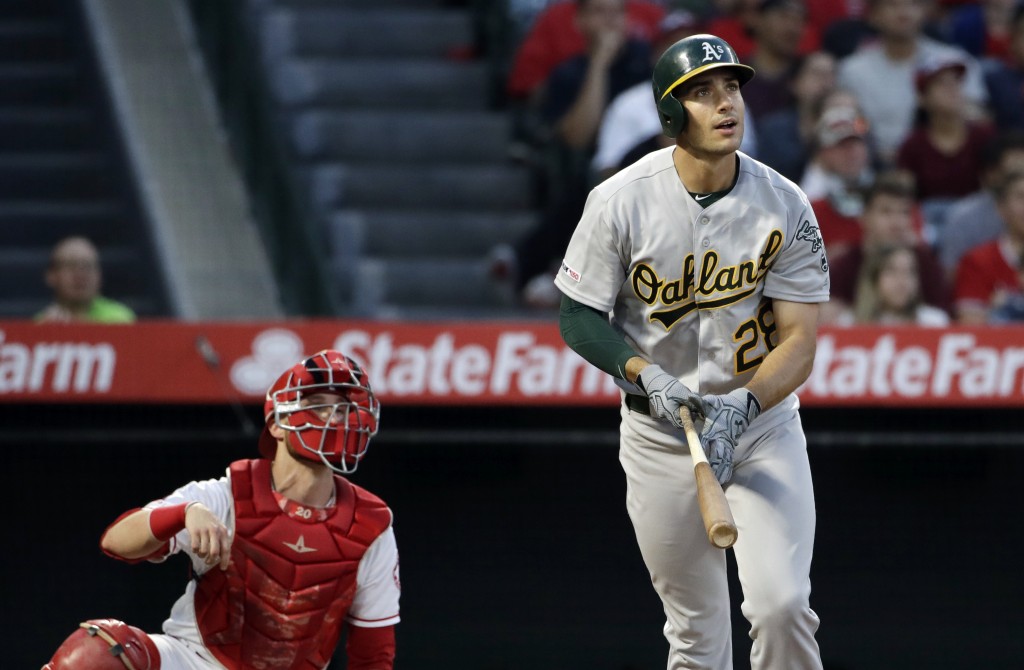 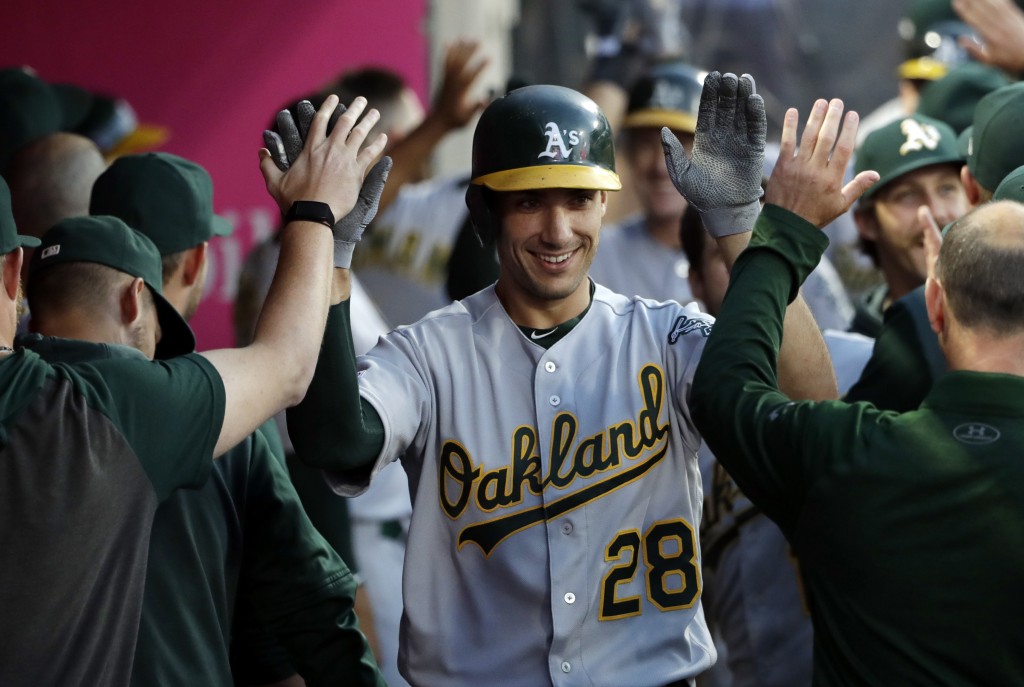 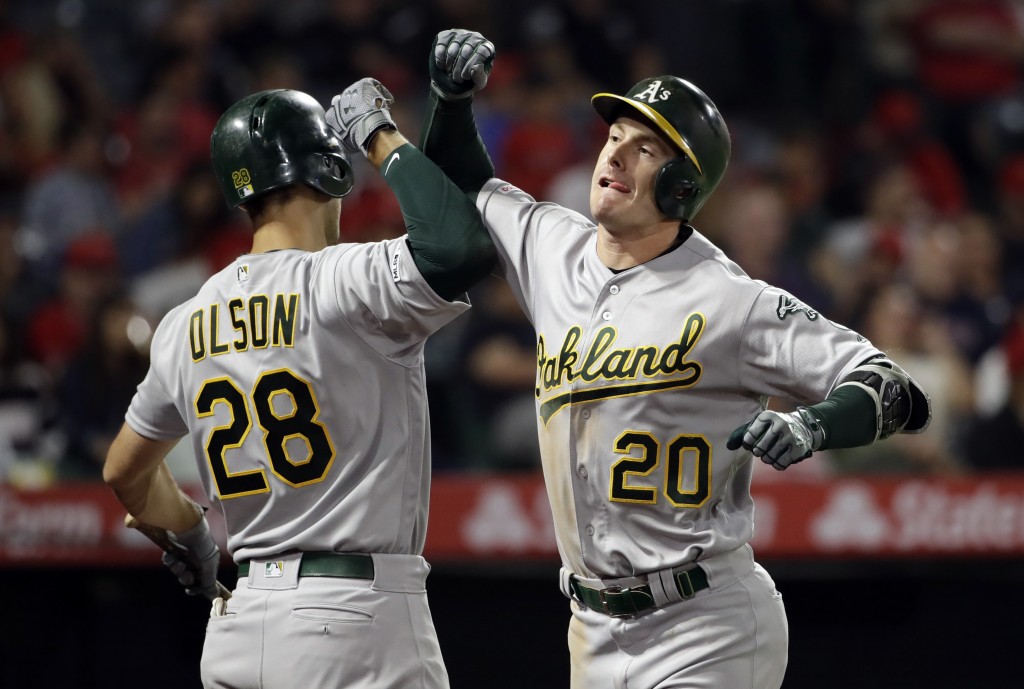 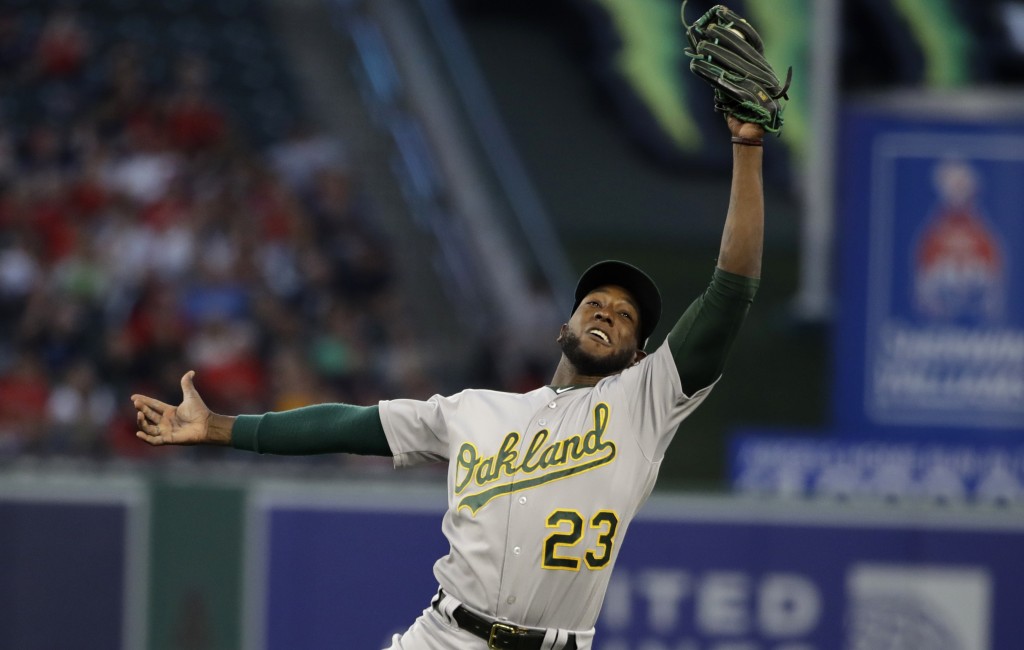 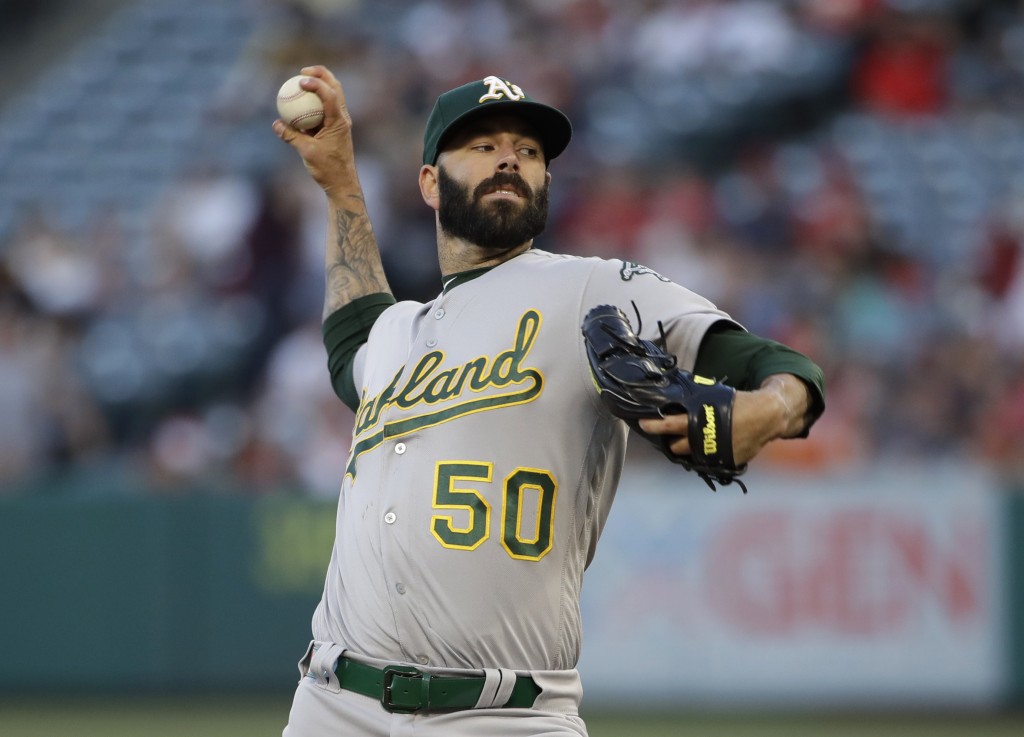 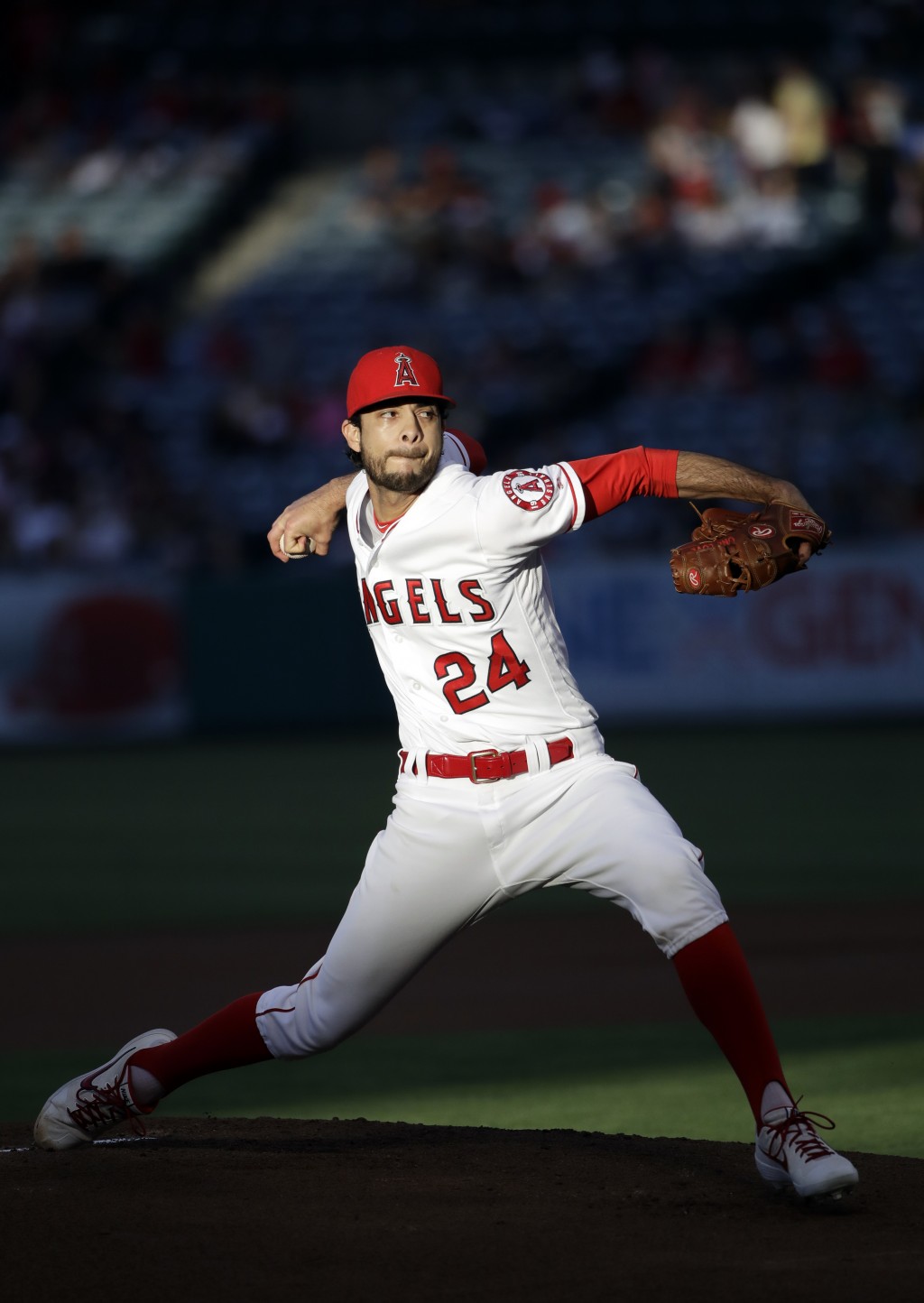 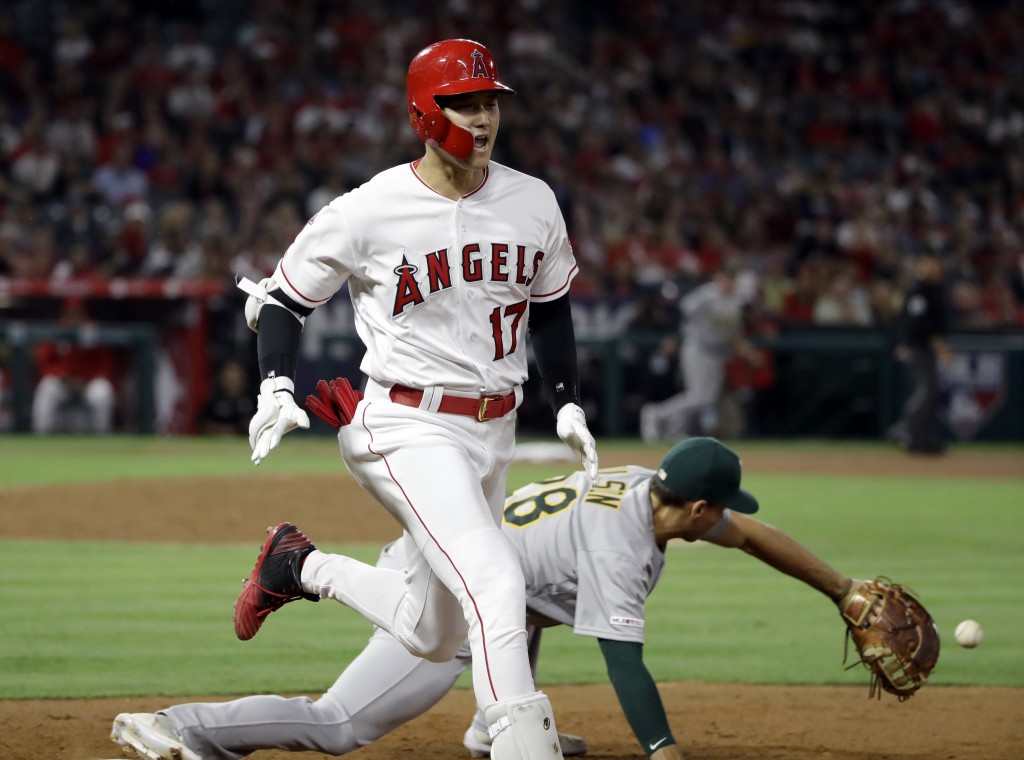 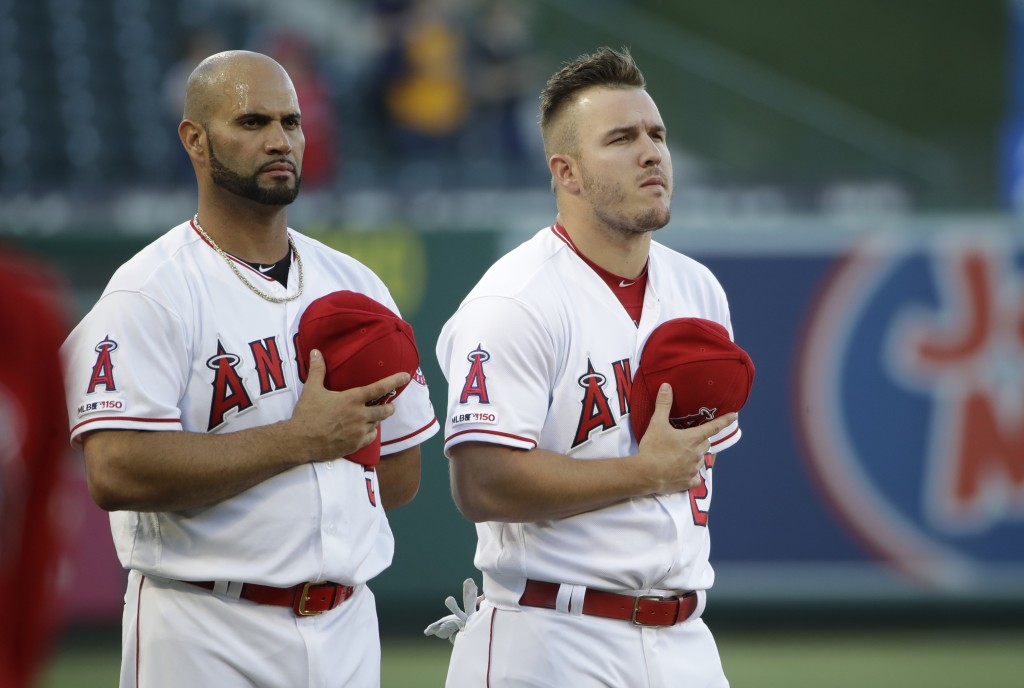 It is Olson's first multihomer game this season and the fifth of his career. He had Oakland's first hit with a two-run shot to right-center in the first inning off Noe Ramirez (3-1) and added a three-run blast to right in the third.

The first baseman — whose five RBIs tied a career high — has hit nine of his 16 homers in the last 23 games. He missed five weeks earlier this season after breaking the hamate bone in his right hand.

Olson also had three hits for the Athletics, who have won eight of 11.

Mark Canha accounted for Oakland's other runs with his 11th homer of the season, a two-run shot to left in the seventh inning.

Shohei Ohtani had three hits for the Angels, who had their four-game winning streak snapped. He scored Los Angeles' run when Albert Pujols drove him in with a two-out single in the sixth.

Ramirez was used as an opener for the third time this season and gave up a run for the first time. He had allowed three hits and struck out four over 3 1/3 innings the previous two times he started.

The Angels have used an opener 15 times this season with six different relievers. They have gone to an opener in front of Felix Peña in 10 of his last 11 appearances.

Peña allowed only two hits in five innings, but one of them was Olson's three-run shot. The right-hander struck out seven.

Athletics: DH Khris Davis was out of the lineup after being hit on the hand by a pitch during Thursday's game. Manager Bob Melvin said Davis' left hand is still swollen and that he is having trouble gripping the bat.

Athletics: LHP Brett Anderson (7-5, 4.26 ERA) is averaging 4.57 strikeouts per nine innings, which is the lowest mark in the majors.