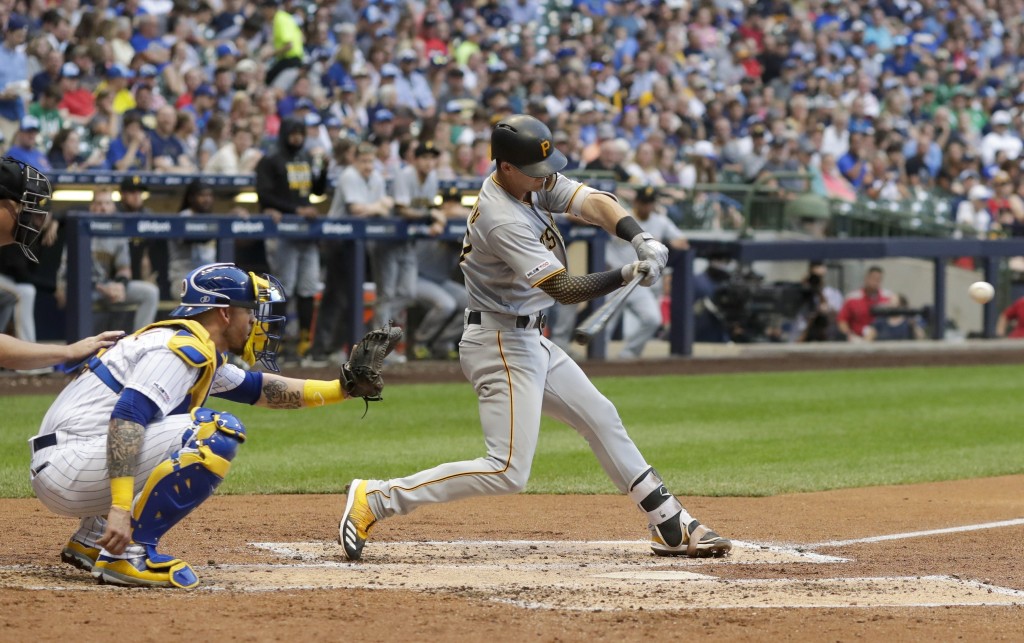 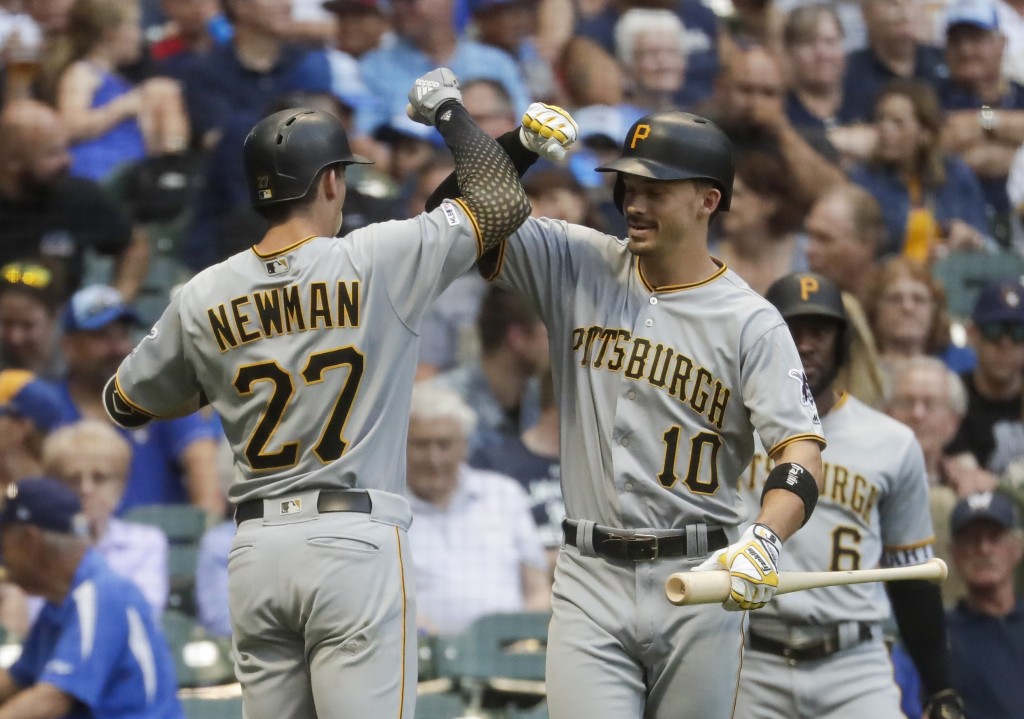 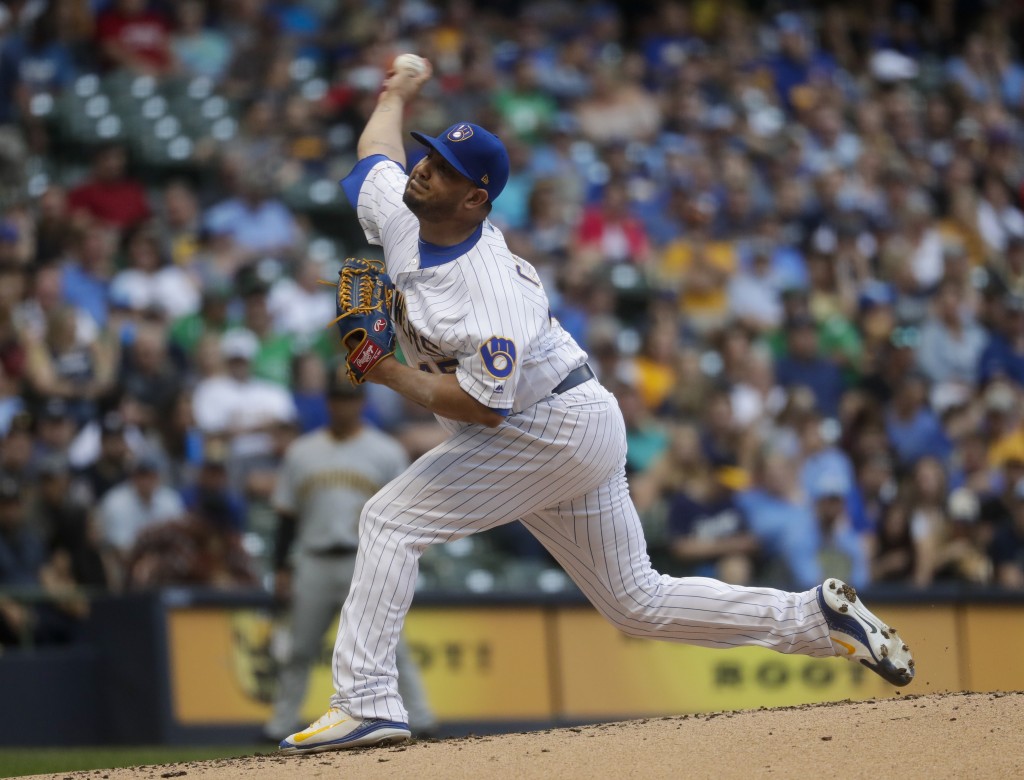 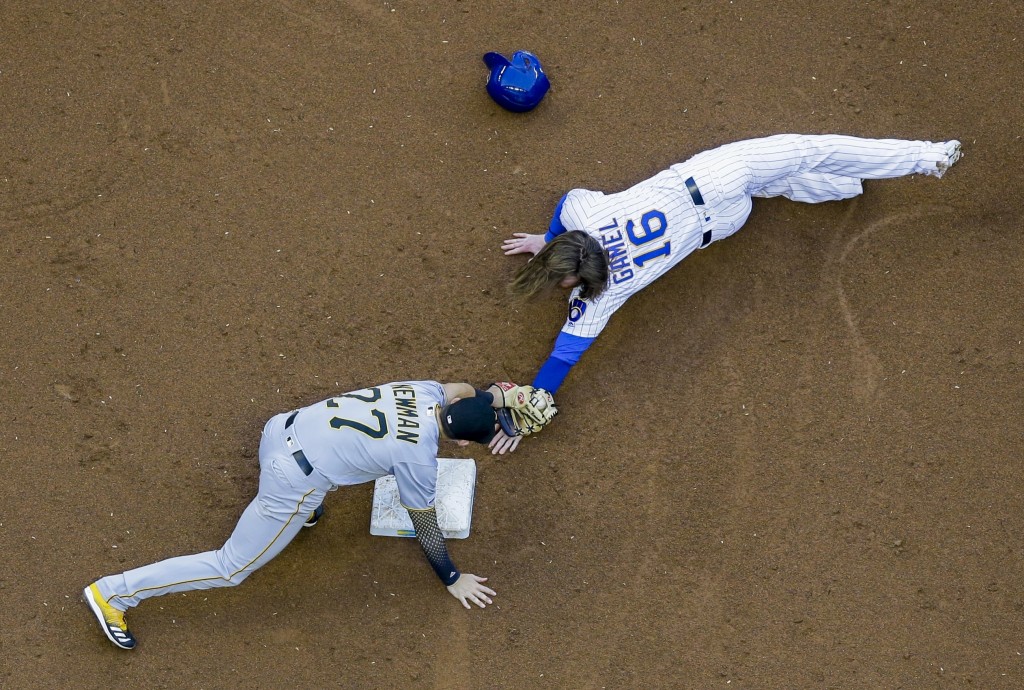 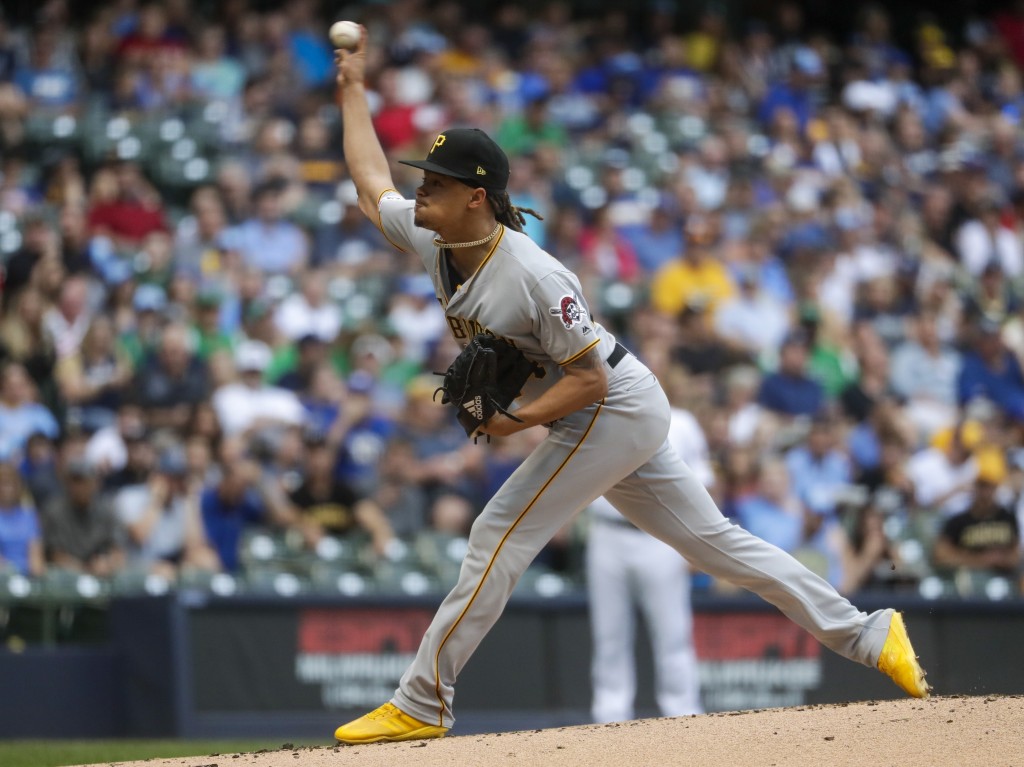 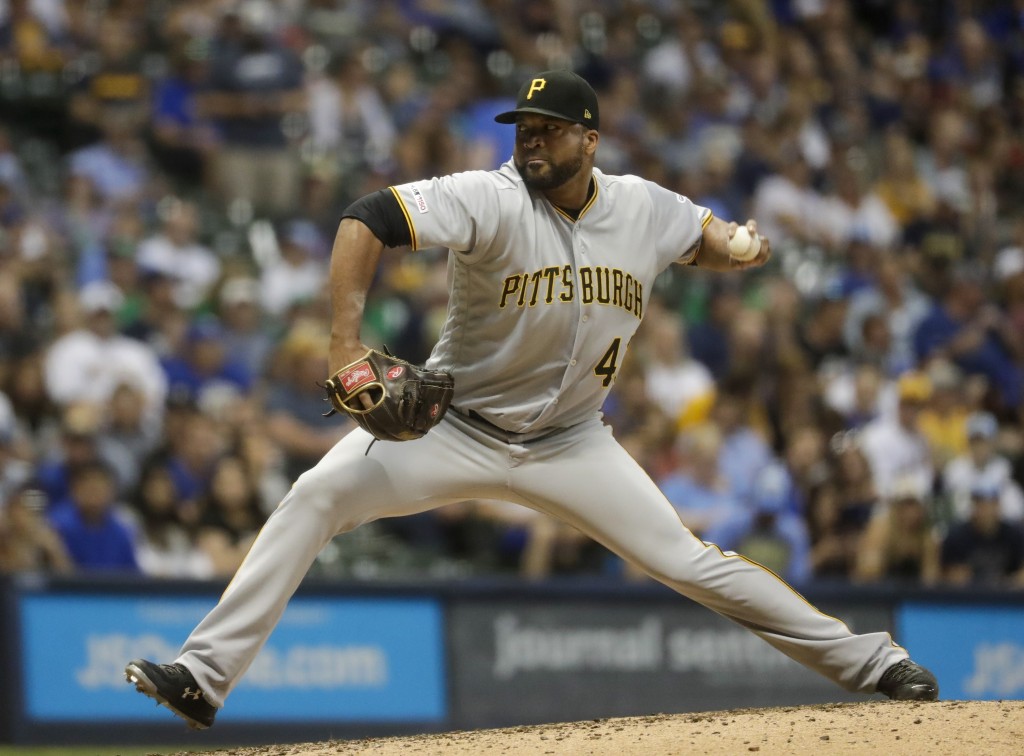 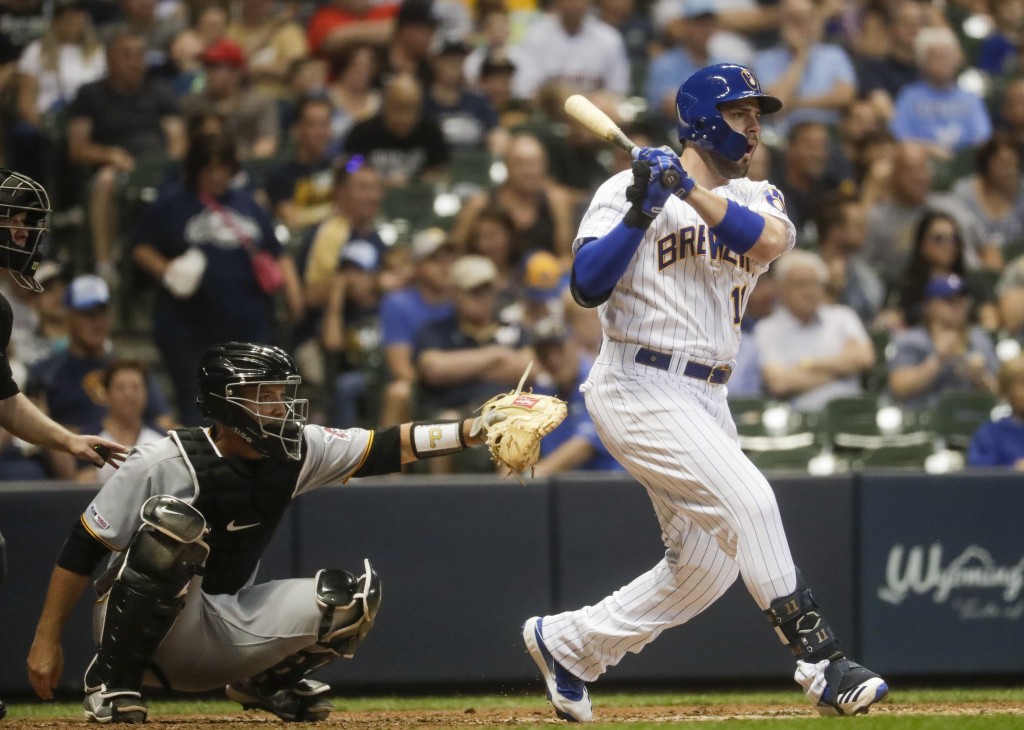 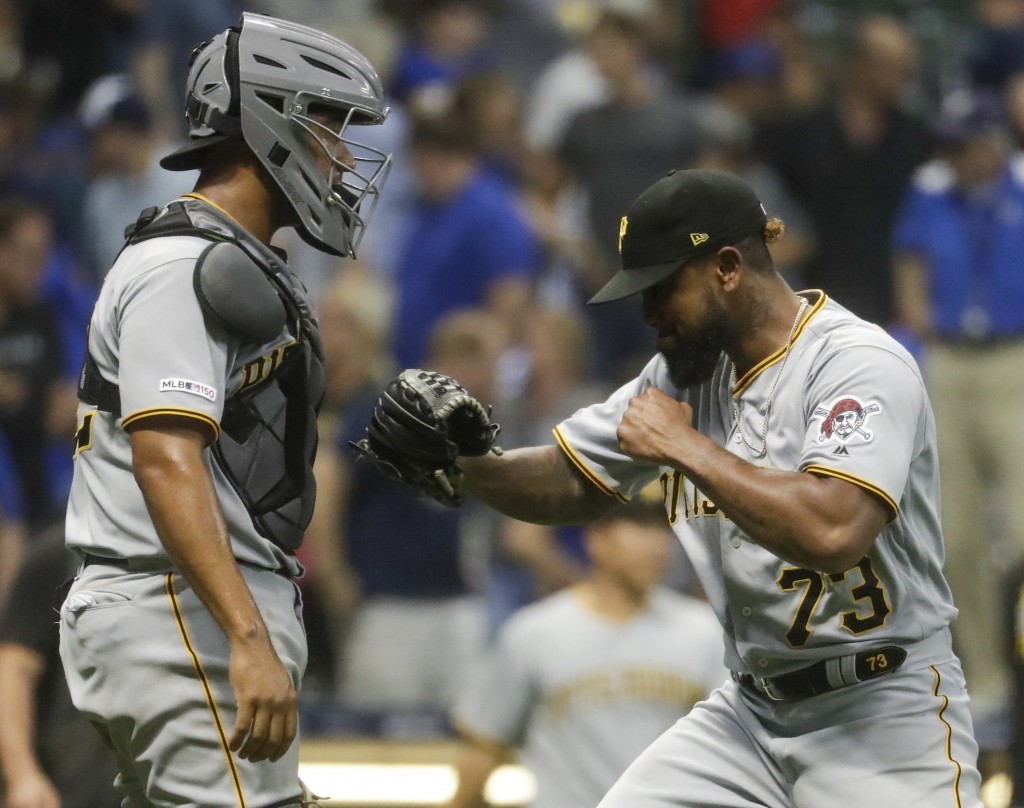 MILWAUKEE (AP) — Kevin Newman homered and extended his hitting streak to 18 games, and the Pittsburgh Pirates rallied with two late runs to beat the Milwaukee Brewers 3-2 on Friday night in the opener of a three-game series.

The Pirates tied it in the eighth when Bryan Reynolds led off with a walk off reliever Junior Guerra and later scored on a fielder's choice. In the ninth, Elias Diaz drew a one-out walk off Jeremy Jeffress (1-2) and moved to third on Jose Osuna's single. Diaz scored when the Brewers failed to turn a double play on a comebacker to Jeffress.

The Pirates, who had scored 10 runs in back-to-back games and three of their last four, generated little offense against Milwaukee starter Jhoulys Chacín, who gave up six hits and one run in five innings in his longest outing since May 25. Chacin hasn't won since April 30.

Chris Archer's wild pitch allowed Yasmani Grandal to score from third with the game's first run. Eric Thames doubled to drive in another to give Milwaukee a 2-0 lead after one inning.

Newman hit a solo homer in the third, his fifth of the season, off Chacín to extend the longest active hitting streak in the majors.

Archer was pulled after four innings as a precaution after experiencing left hip discomfort. He gave up three hits and two runs while striking out six and walking two.

Milwaukee recalled 2B Keston Hiura and INF/OF Tyler Saladino from Triple-A San Antonio. 3B Travis Shaw was optioned to San Antonio and INF/OF Hernán Pérez was designated for assignment. Hiura started at second and Saladino at shortstop.

Pirates: C Francisco Cervelli rejoined the team in Milwaukee but hasn't been activated from the concussion injured list. ... SS Erik González (factured left clavicle) began a minor-league rehab assignment with Triple-A Indianapolis on Friday. Gonzalez, who was injured in a collision with CF Starling Marte in April, went 0 for 3 in Indianapolis' game at Gwinnett.

Brewers: RHP Jimmy Nelson was placed on the 10-day injured list, retroactive to June 26, with fluid on his right elbow. ... RHP Corbin Burnes was recalled from Triple-A San Antonio. Burnes pitched a scoreless inning in relief.

Pirates: Jordan Lyles (5-3, 3.64 ERA), who has been out with left hamstring tightness, is expected to come off the injured list to start the second game of the series. Lyles is 3-4 with a 4.10 ERA in 14 career games (nine starts) against the Brewers.

Brewers: Brandon Woodruff (9-2, 4.01) will make his 17th start and third against the Pirates this season. He is 1-1 with a 7.11 ERA in five career games against Pittsburgh.