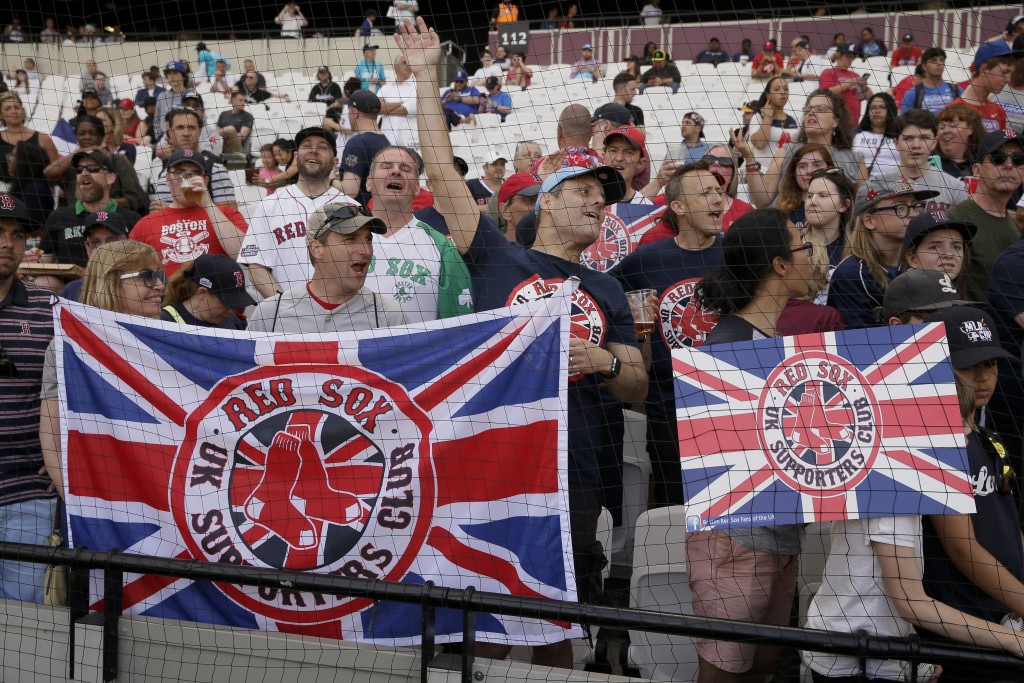 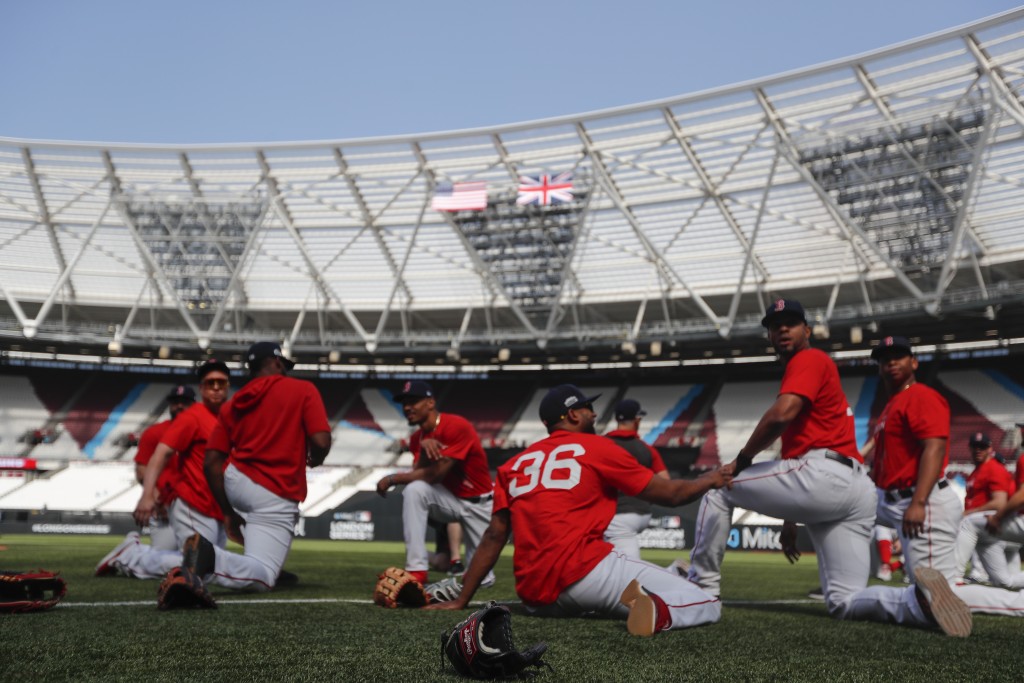 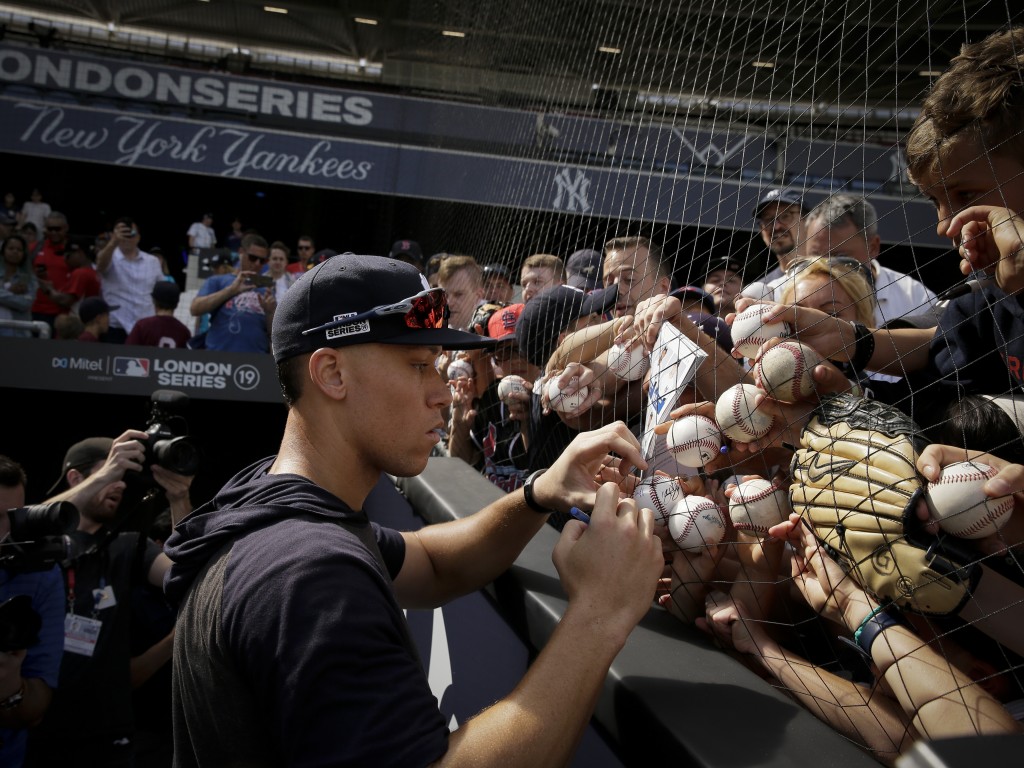 A look at what's happening around the majors Saturday:

DUCKS ACROSS THE POND

High cheese has come to the land of high tea. The Red Sox and Yankees will begin their two-game series in London, with Boston's Rick Porcello facing New York's Masahiro Tanaka at Olympic Stadium, home of the West Ham soccer club. Hitters figure to have a jolly old time with the center field wall a cozy 385 feet away. "Hopefully, we'll poke a couple out," Yankees slugger Aaron Judge said, smiling after batting practice Friday.

Brendan McKay will make his major league debut on the mound for Tampa Bay. The two-way prospect was 3-0 with a 1.08 ERA in five games with Triple-A Durham, where he also spent time as the DH. Rays manager Kevin Cash said the left-hander will also pitch against the Yankees on July 5, and that discussions are on-going about how many at-bats the 2017 first-round pick will get while he's with the big club. He'll face Rangers right-hander Adrian Sampson (6-4) in his first start.

The Cubs are evaluating left-hander Cole Hamels after he left a start Friday with discomfort in his left side. Hamels worked one inning against Cincinnati and walked off after a warm-up pitch prior to the second. Hamels went seven innings in each of his previous five starts. He had a 1.00 ERA over that span, allowing four earned runs. Chicago is already missing right-hander Kyle Hendricks, on the injured list with a sore right shoulder. He may return next week.

In a pregame ceremony, the Mets will commemorate the 50th anniversary of their 1969 World Series championship. About 15 members of that team are expected back as New York hosts the Atlanta Braves. A little earlier, Jerry Koosman, Cleon Jones and Jerry Grote are among the former players planning to be on hand when the Miracle Mets receive the key to the city from New York Mayor Bill de Blasio. It's all part of a weekend celebration that includes a reenactment of the '69 World Series parade, complete with classic cars. There were replica jersey and ring giveaways scheduled — even 1969 font on the Citi Field scoreboard Friday night. The day before, the club announced plans for a Tom Seaver statue outside the ballpark, and the stadium address was officially changed to 41 Seaver Way in honor of the Hall of Fame pitcher's uniform number.