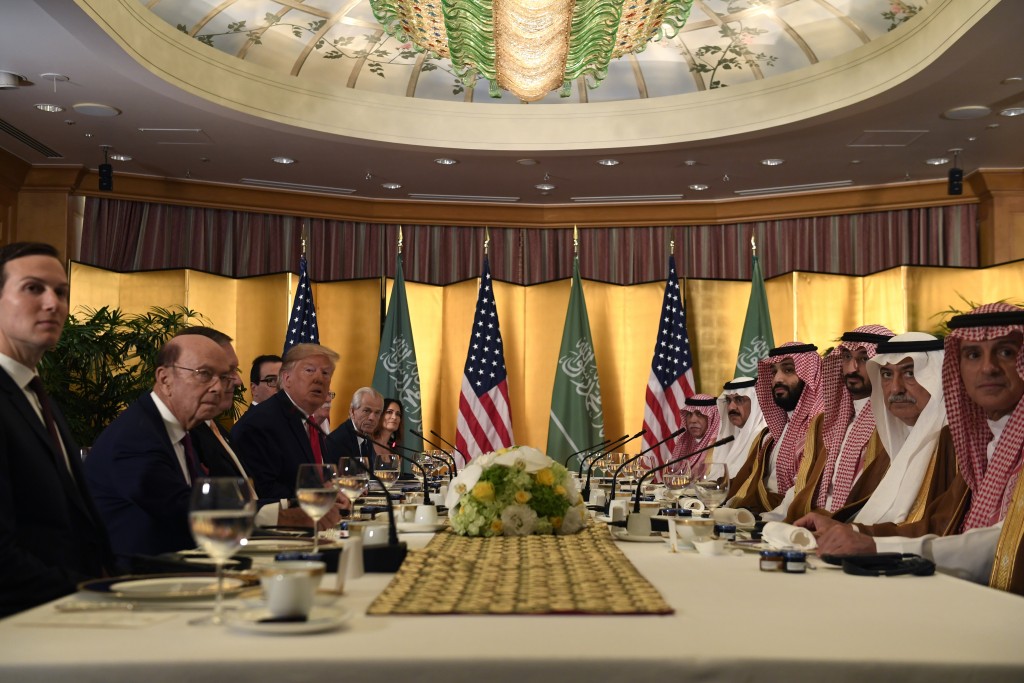 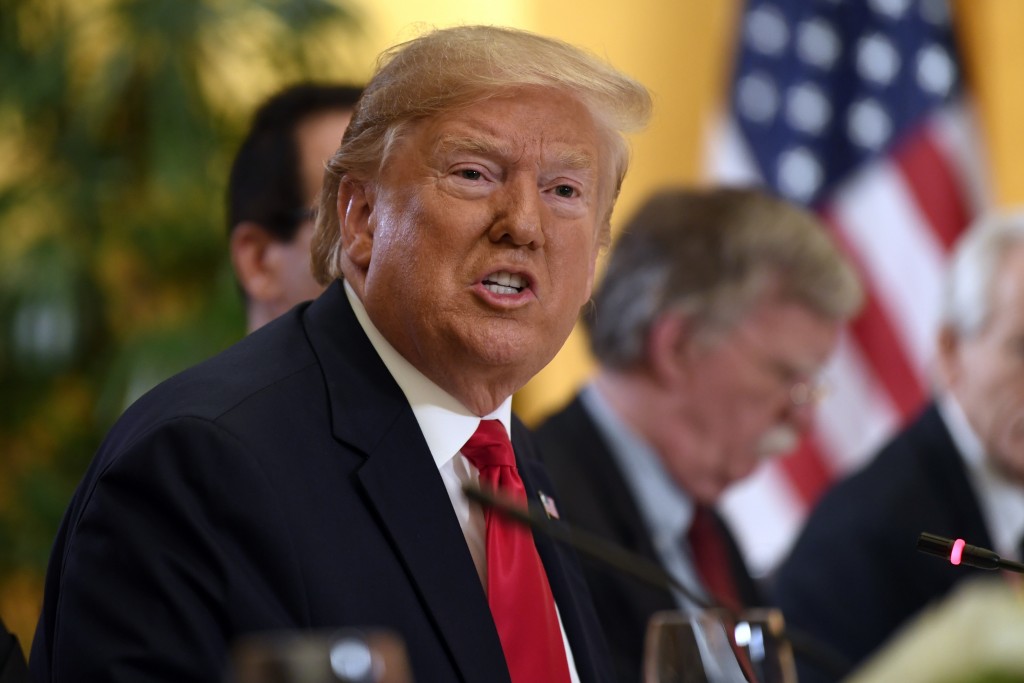 President Donald Trump says he wants to inspect the heavily-fortified Korean demilitarized zone as an example of what a "real border" looks like.

Trump invited North Korean leader Kim Jong Un to meet him for a handshake at the DMZ. He praising the layers of barbed wire, mines and other security measures that form the armistice line between the two still-technically-warring Koreas.

Trump made curtailing illegal immigration and building a wall on the U.S.-Mexico border a central theme of his 2016 campaign, though he has struggled to fulfill his pledge.

The two are meeting over breakfast Saturday on the sidelines of the Group of 20 summit in Osaka, Japan.

In a television interview before he left Washington, Trump brushed off calls for further inquiry by saying Khashoggi's death has been heavily investigated. He said the Saudi promise to buy billions of U.S. military equipment "means something to me."

President Donald Trump says he will visit the heavily fortified border between North and South Korea.

Says Trump of the inter-Korean demilitarized zone, "We're going there." Presidential trips to the area are generally conducted under the cloak of heavy secretary, but Trump previewed his visit in a Saturday tweet suggesting that North Korea's Kim Jong Un meet him there for a handshake.

Trump says of the invitation, "All I did is put out a feeler if you'd like to meet," adding he's not sure of Kim's location. "I said if Chairman Kim would want I'd meet, I'll be at the border."

Trump said he and Kim "seem to get along, adding that, "If he's there we'll see each other for two minutes."

A trade war between two economic titans faces a critical junction Saturday, when President Donald Trump and China's Xi Jinping (shee jihn-peeng) meet as both are signaling a desire to de-escalate the yearlong conflict, yet seem unwilling to compromise.

The meeting is taking place on the sidelines of the international Group of 20 summit in Japan and is the centerpiece of four days of diplomacy for Trump.

The president's reelection chances have been put at risk by the trade war that has both hurt U.S. farmers and battered global markets. Tensions rose in recent weeks when negotiations collapsed last month, as the two sides levied intensifying eye-for-an-eye punishments.

Trump struck a cautiously optimistic tone Friday, saying that "at a minimum" the meeting with Xi will be "productive."