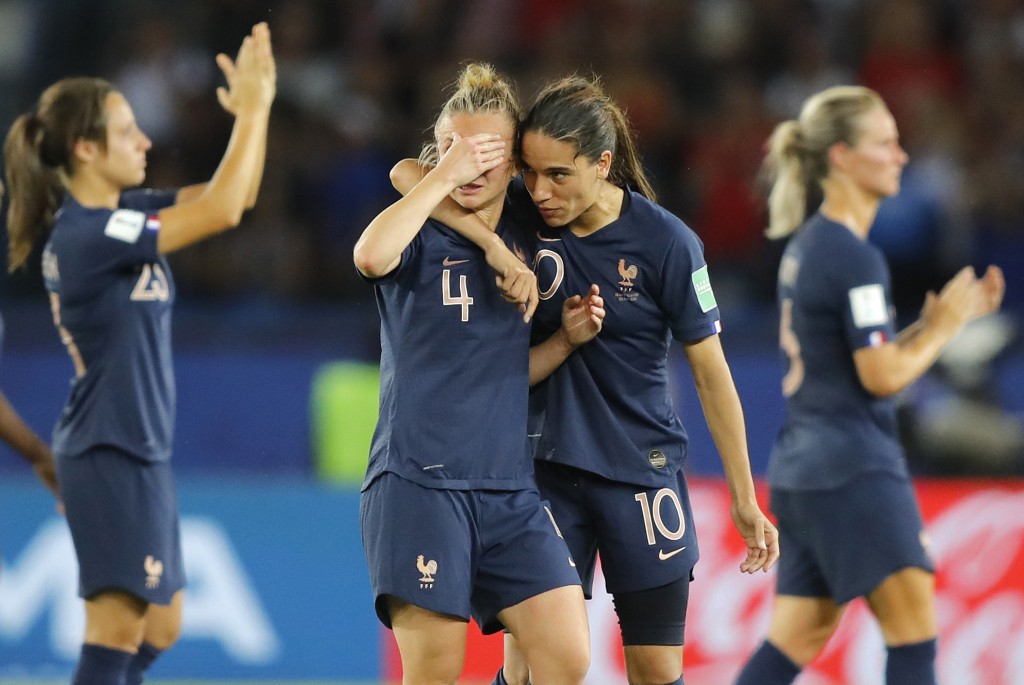 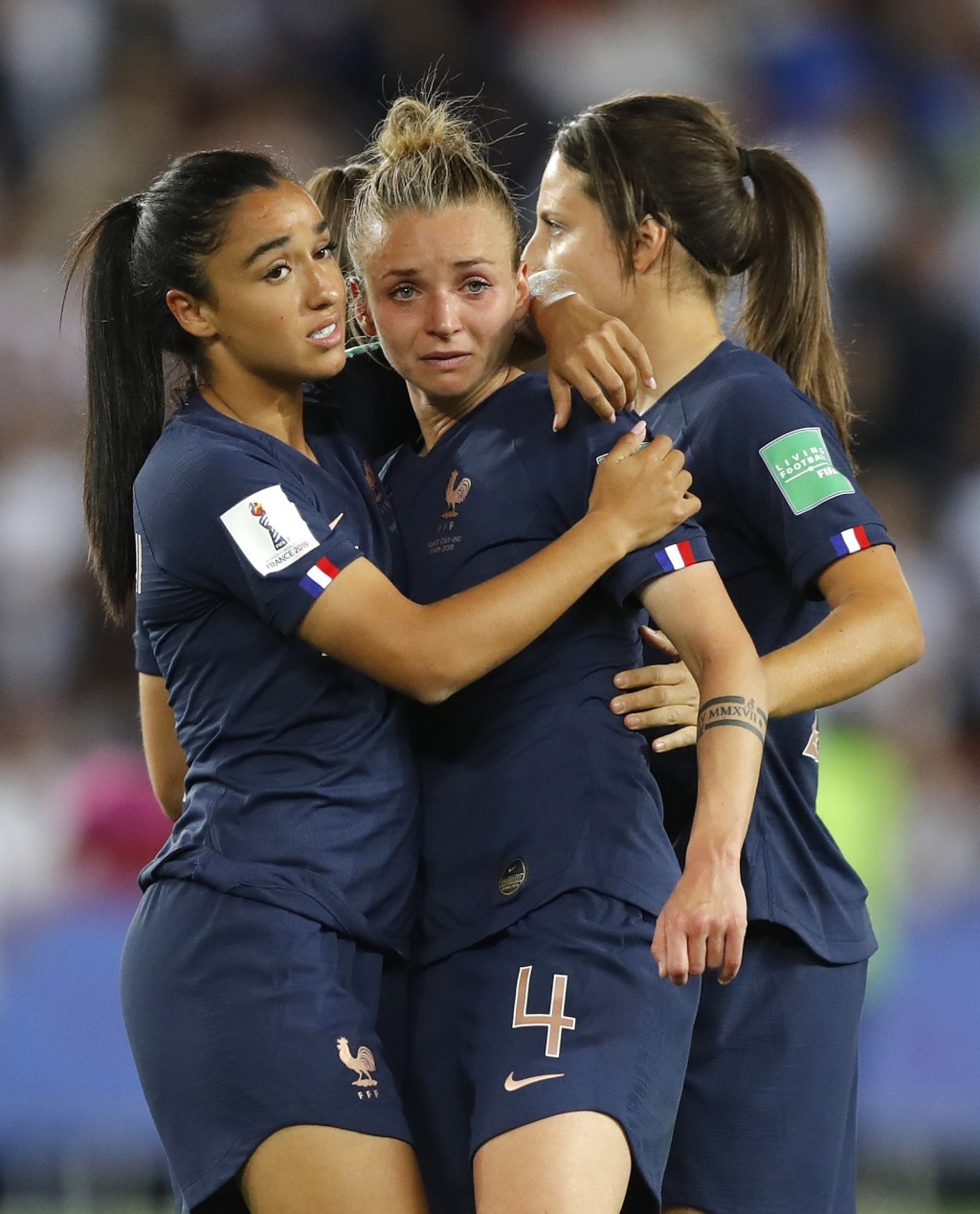 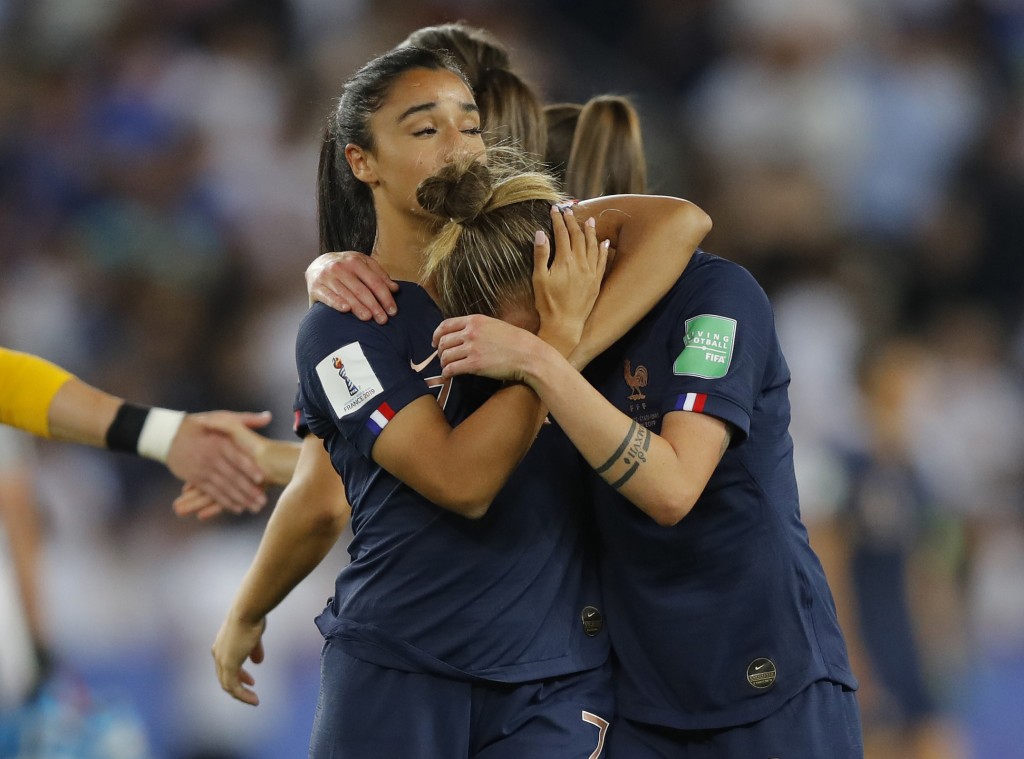 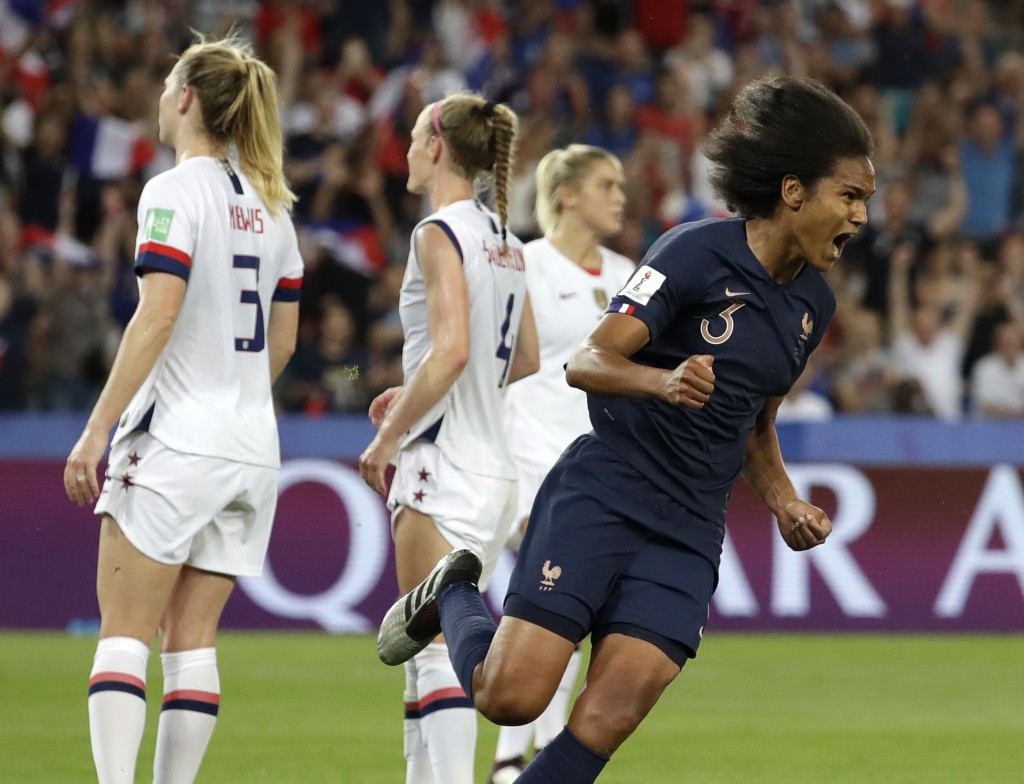 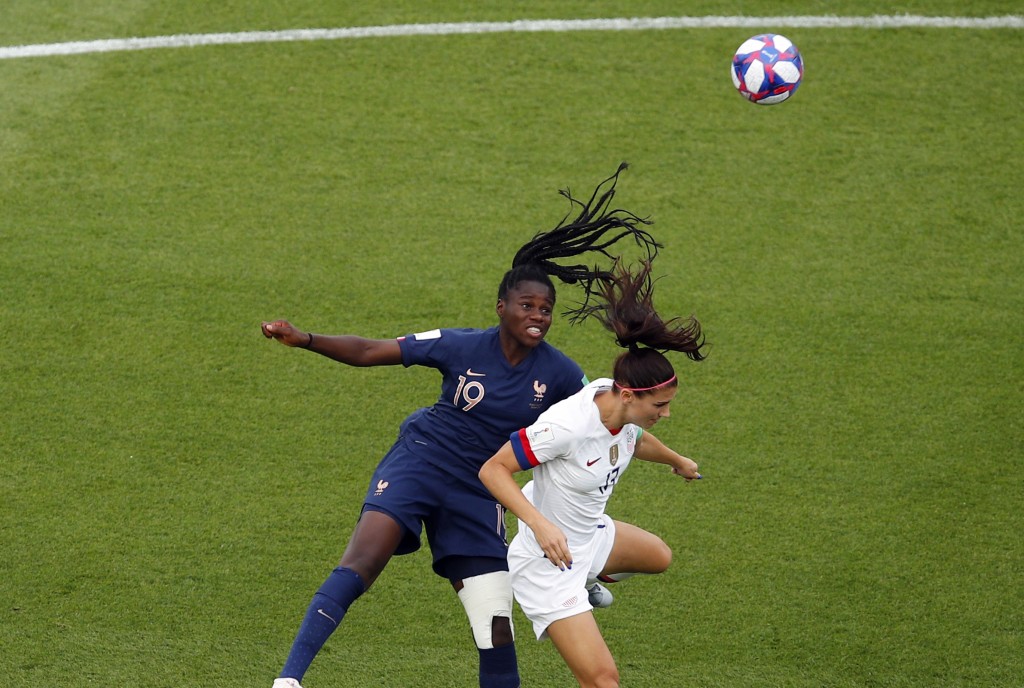 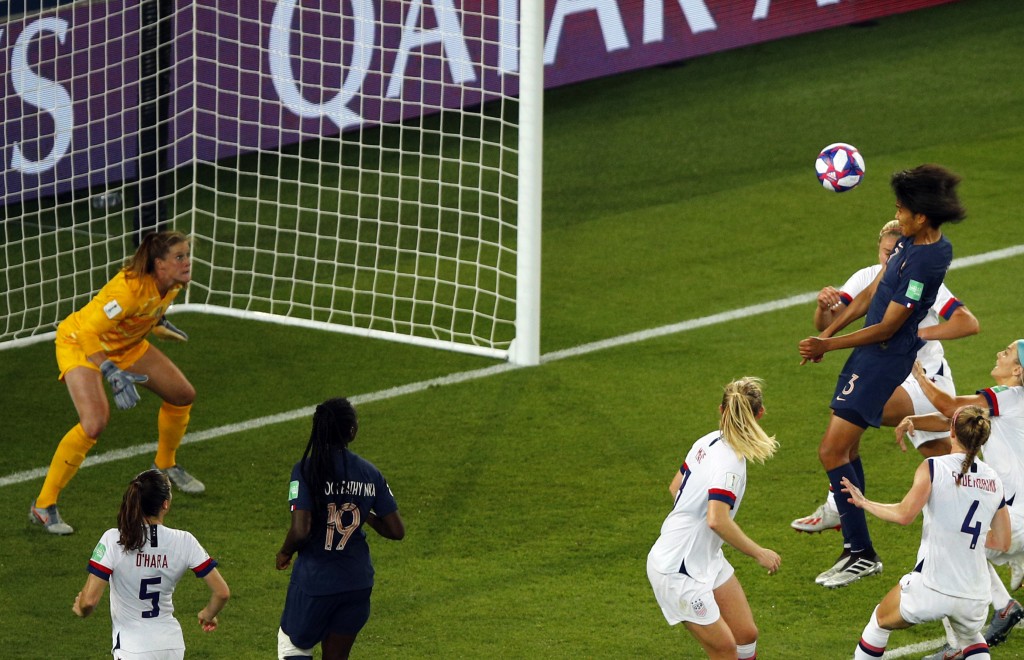 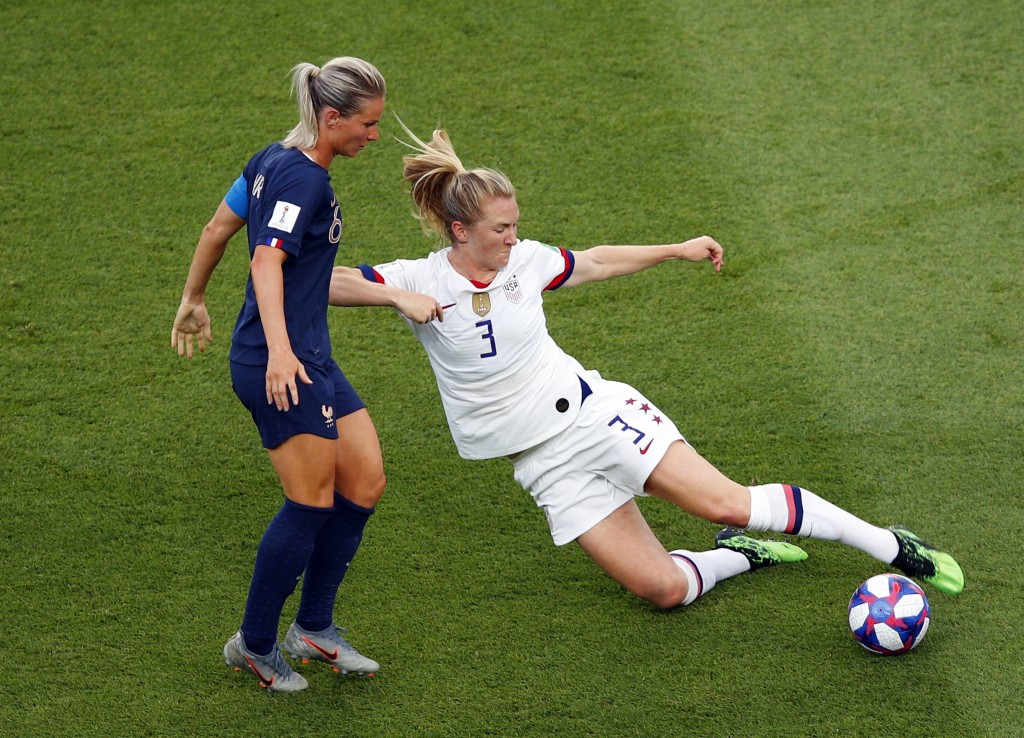 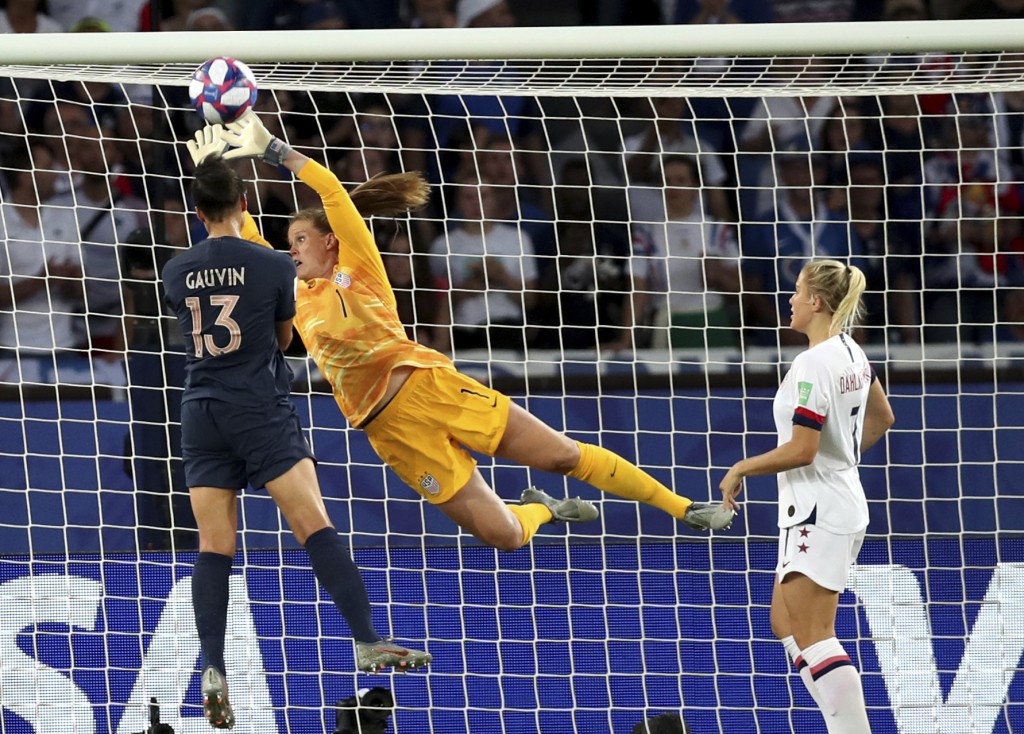 Les Bleues were second best most of Friday night, losing their quarterfinal 2-1 , and only creating genuine pressure after scoring late.

It was too little, too late, and the defending champion Americans are now two wins away from a fourth World Cup title.

France's women have never even reached a final.

Hopes were high for a first major trophy, but two goals from Megan Rapinoe handed France a brutal reality check.

France was found wanting against the U.S., which played with more physicality and had far greater composure.

Still, captain Amandine Henry thinks the French might have achieved another victory.

"Although we didn't win the Cup, I hope we won the hearts of the French," she said. "It's a big step forward for French women's football."

The scrappy 1-0 win against Nigeria on June 17 — secured with a re-taken penalty from Renard awarded following a debatable video review — made it 3-0 in the group stage but also exposed fragile nerves.

"We can see that other countries are ahead of us and we need to catch up. I'm even thinking of Spain, which invests a lot. We can't miss the train," Le Sommer said. "I think we achieved something and I'm proud to have shown France that football can also be played by women, and that's a first victory. I think it will help for the future, but I can't guarantee it. To have won over the public is a good thing, but we shouldn't just be satisfied with that."

Le Sommer challenged the French Football Federation and the French league not to waste the momentum generated by France's increasingly popular national team.

"The Federation wants to put things into place, which is good, and generating all of this enthusiasm I think will help toward that. There are many things to do and we can't let ourselves get overtaken by other countries," she said. "We must continue to progress, to become professionals, because other countries do that and maybe it's why they're ahead of us."

Rapinoe's second goal should also open France's eyes to what the highest level is really all about.

"They were very efficient with the few chances they had, and for us it was the opposite," Le Sommer said. "We weren't far off, we caused them problems but it's not enough. Unfortunately, in competitions they're always ahead of us and always beat us."

France immediately looked to attack down the flanks, particularly down the left through the speedy Amel Majri, but was caught by a classic sucker-punch counterattack. It drew a foul leading to Rapinoe's first goal, direct from a free kick.

"We lost concentration for a moment in the first half and paid for it in full," Henry said. "It comes down to the small details. You have to concentrate from the beginning."

Henry felt the French attacks were not strong enough to unsettle a well-organized U.S. defensive line.

"We had good spells in the first half but in the last 20 minutes we failed, we couldn't create enough," she said. "We were turning around in circles."

France coach Corinne Diacre had targeted reaching the final as a minimum requirement , and she called the defeat "a failure on a footballing level."