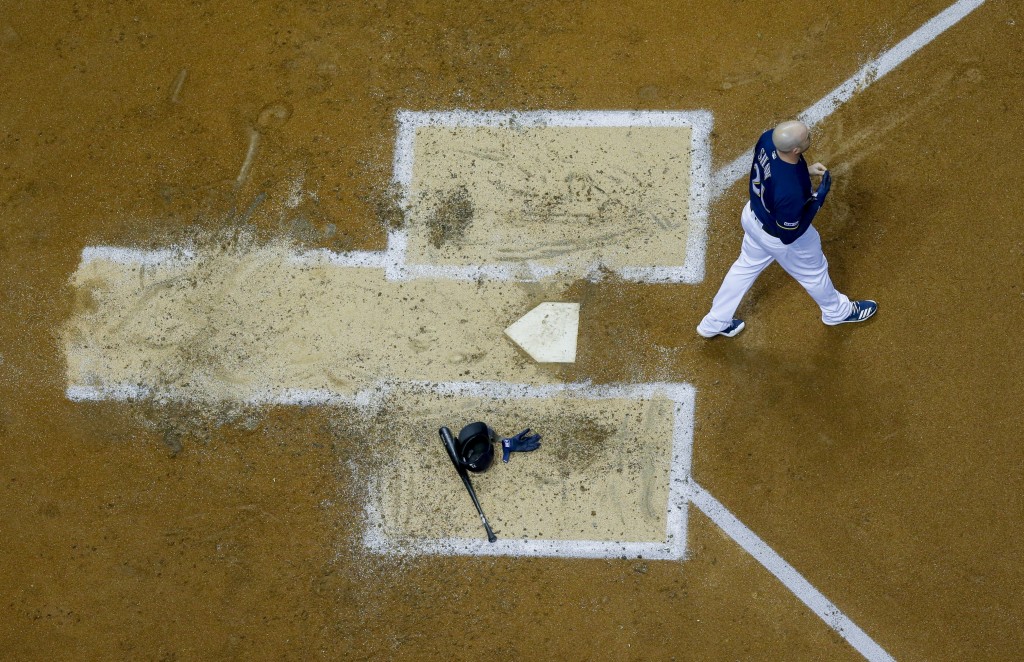 MILWAUKEE (AP) — The Milwaukee Brewers made a flurry of roster moves before Friday night's game against the Pittsburgh Pirates, including recalling top prospect Keston Hiura and sending down veteran Travis Shaw.

Hiura hit .281 with 5 home runs and 9 RBIs in a brief stint with the Brewers last month. He has a .329 batting average with 19 home runs and 46 RBIs for Triple-A San Antonio.

Milwaukee optioned Shaw to San Antonio while utility player Hernán Pérez, a popular clubhouse figure with the third-longest tenure on the team, was designated for assignment.

Shaw, a key player on last year's Brewers' team that came within a game of the World Series, is batting .164 this season.

The Brewers also placed right-hander Jimmy Nelson on the 10-day injured list, retroactive to Wednesday, with fluid on his pitching elbow. Nelson made his way back to the major leagues earlier this month after major surgery on his right shoulder, which he injured diving into first base in September 2017.