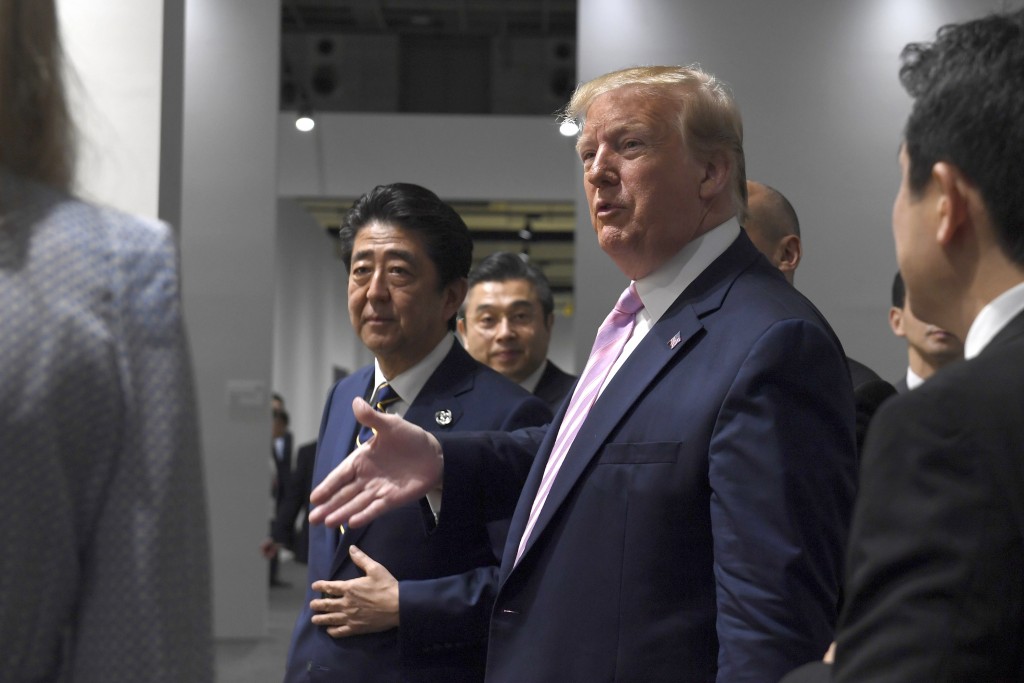 Trump is scheduled to fly to South Korea later Saturday after he concludes meetings at the Group of 20 summit in Osaka, Japan, including with the president of China.

He tweeted Saturday morning that afterward: "I will be leaving Japan for South Korea (with President Moon). While there, if Chairman Kim of North Korea sees this, I would meet him at the Border/DMZ just to shake his hand and say Hello(?)!"

Trump's summit with Kim in Vietnam earlier this year collapsed without an agreement for denuclearizing the Korean Peninsula.

As he left the White House for Asia earlier this week, Trump was asked whether he'd meet with Kim while he is in the region.

"I'll be meeting with a lot of other people ... but I may be speaking to him in a different form," Trump said.

Such trips to the demilitarized zone, the heavily fortified border between North and South Korea, are usually undertaken under heavy security and the utmost secrecy. Trump tried to visit the DMZ when he was in Seoul in November 2017, but his helicopter was grounded by heavy fog.

Trump has met twice with Kim, in 2018 in Singapore and in February in Vietnam.

Trump repeatedly boasts of how well he gets along with Kim, who displays authoritarian tendencies.