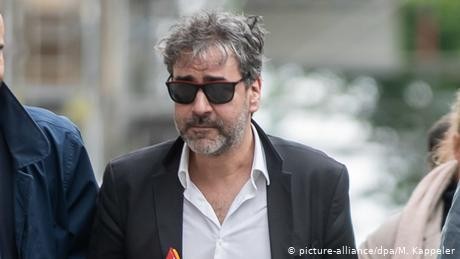 The Constitutional Court of Turkey announced Friday that Turkish-German journalist Deniz Yucel's yearlong detention was illegal, robbing him of his personal freedom and security as well as his freedom of speech and freedom of the press.

Judges were unanimous in their decision that the journalist, who writes for the German daily newspaper Welt, had been wrongfully imprisoned.

The judges found no grounds for a lower court's decision to jail Yucel after prosecutors claimed he was spreading propaganda for an illegal organization. The claim was based on an interview that Yucel conducted with Cemal Bayik, the leader of the Kurdistan Workers' Party (PKK), which Ankara says is a terror organization.

In their opinion, the judges said: "Persecuting or punishing a journalist for things an interview partner says would greatly hamper the media's ability to publicly discuss relevant topics."

'Justice delayed is not justice'

Although Yucel said he appreciated the court's decision, he lamented the fact that it came far too late.

The journalist released a series of tweets outlining the case, squarely placing blame for the fiasco at the very highest levels of the Turkish government, including President Recep Tayyip Erdogan.

"I received no justice with this verdict," he said. "Justice delayed is not justice. €3,800 cannot erase the fact that my family and I were robbed a year of our lives, a thousand times that amount could not bring it back."

Leading the world in jailing journalists

German Foreign Minister Heiko Maas praised the court's decision, telling Welt, "In its decision, the Constitutional Court of Turkey affirmed important fundamental guarantees regarding freedom of the press and freedom of speech." Maas added, "We hope the judges' opinion will be a good sign for journalists in Turkey."

Read more: An ongoing crisis: Freedom of speech in Turkey

Green Party parliamentarian Cem Özdemir called on Turkey to release all journalists, scientists, and politicians currently in Turkish prisons "for crimes of opinion."

Yucel's lawyer, Veysel Ok, echoed Özdemir's call, saying, "Based on this decision, one must release all journalists that have been persecuted for the simple reason that their reporting and commentaries on subjects like the Kurdish conflict or the coup are different from the opinion of the government."

Turkey, which leads the world in jailing journalists, has arrested more than 250 since the failed coup attempt of 2016. Currently, more than 150 remain behind bars. The organization Reporters without Borders says that another 34 have been arrested since January 1, 2019.