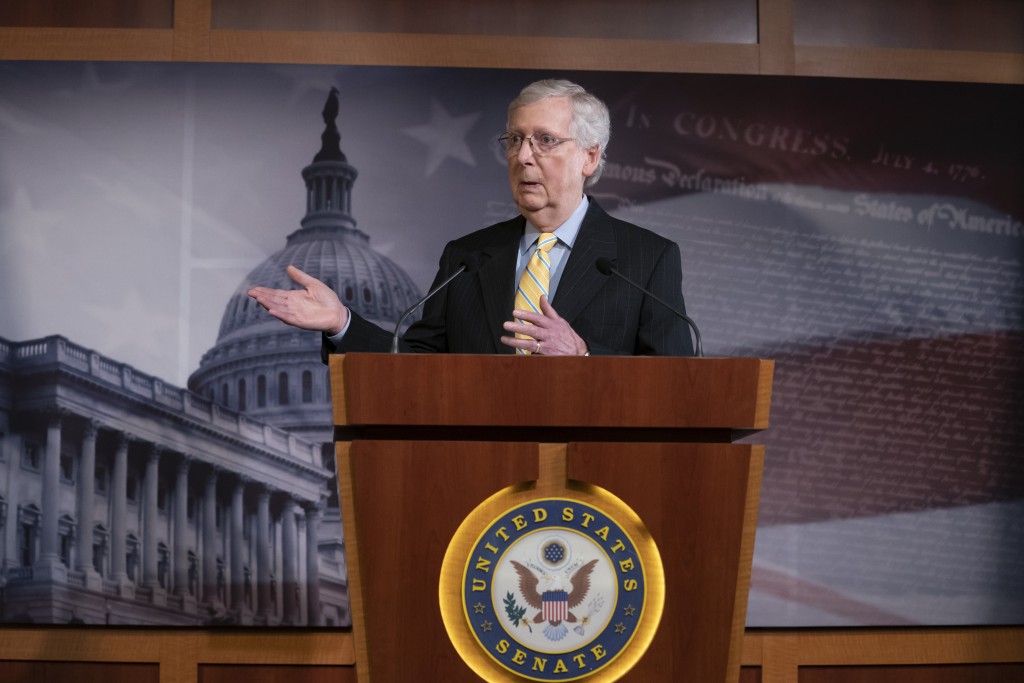 WASHINGTON (AP) — Senate Majority Leader Mitch McConnell calls himself the Grim Reaper — the one who holds the scythe leading to the chamber where the desires of Speaker Nancy Pelosi's House majority go to die.

By week's end, he was emoting over the Democratic presidential debates as the candidates decried his prowess wielding the power of 'no.'

"Who won the Democratic presidential debate?" he asked the next day. "I did!"

Rarely has a political figure pinned his fortunes on accomplishing so little. That strategy will be put to a fresh test in 2020, when McConnell will seek a seventh term.