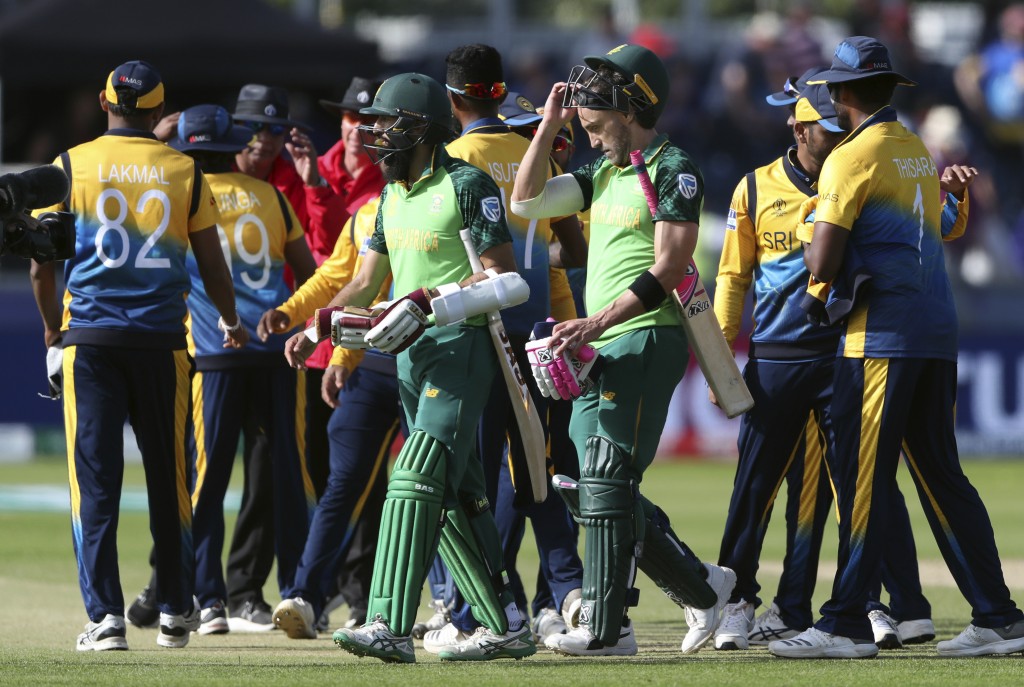 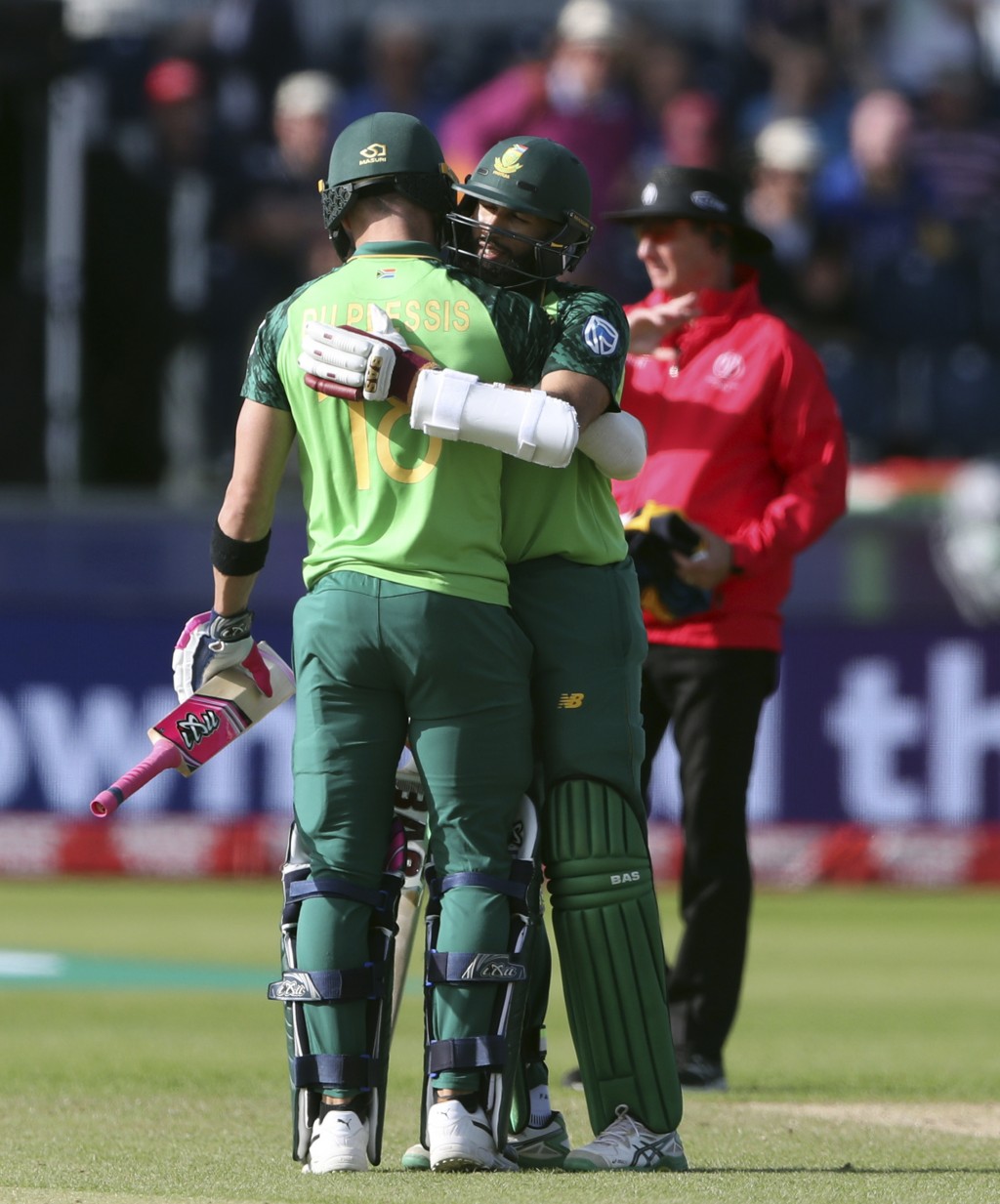 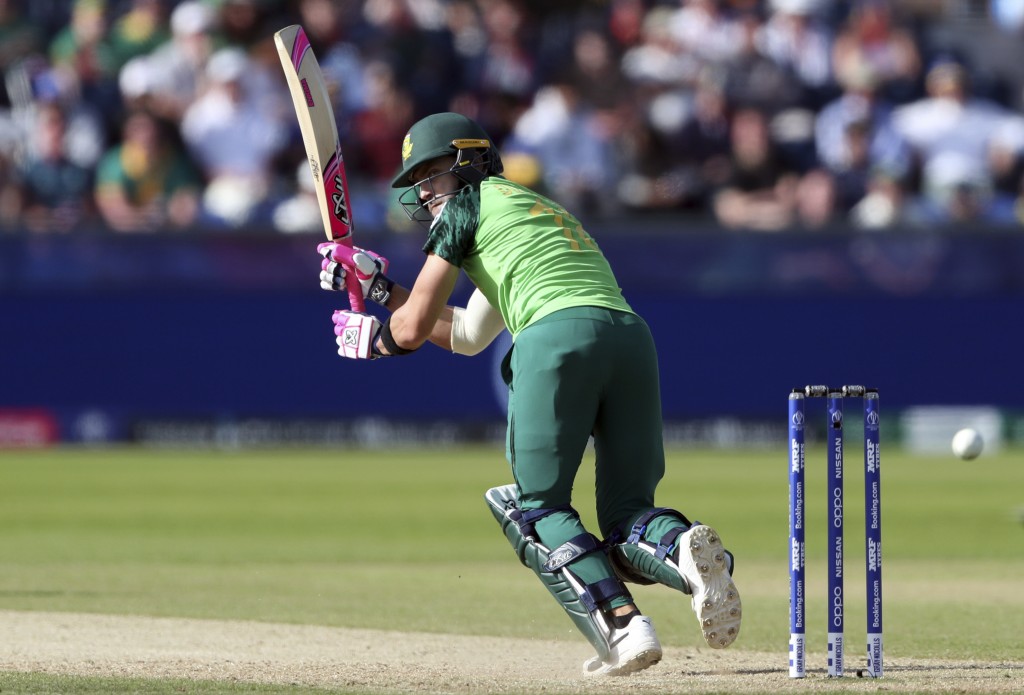 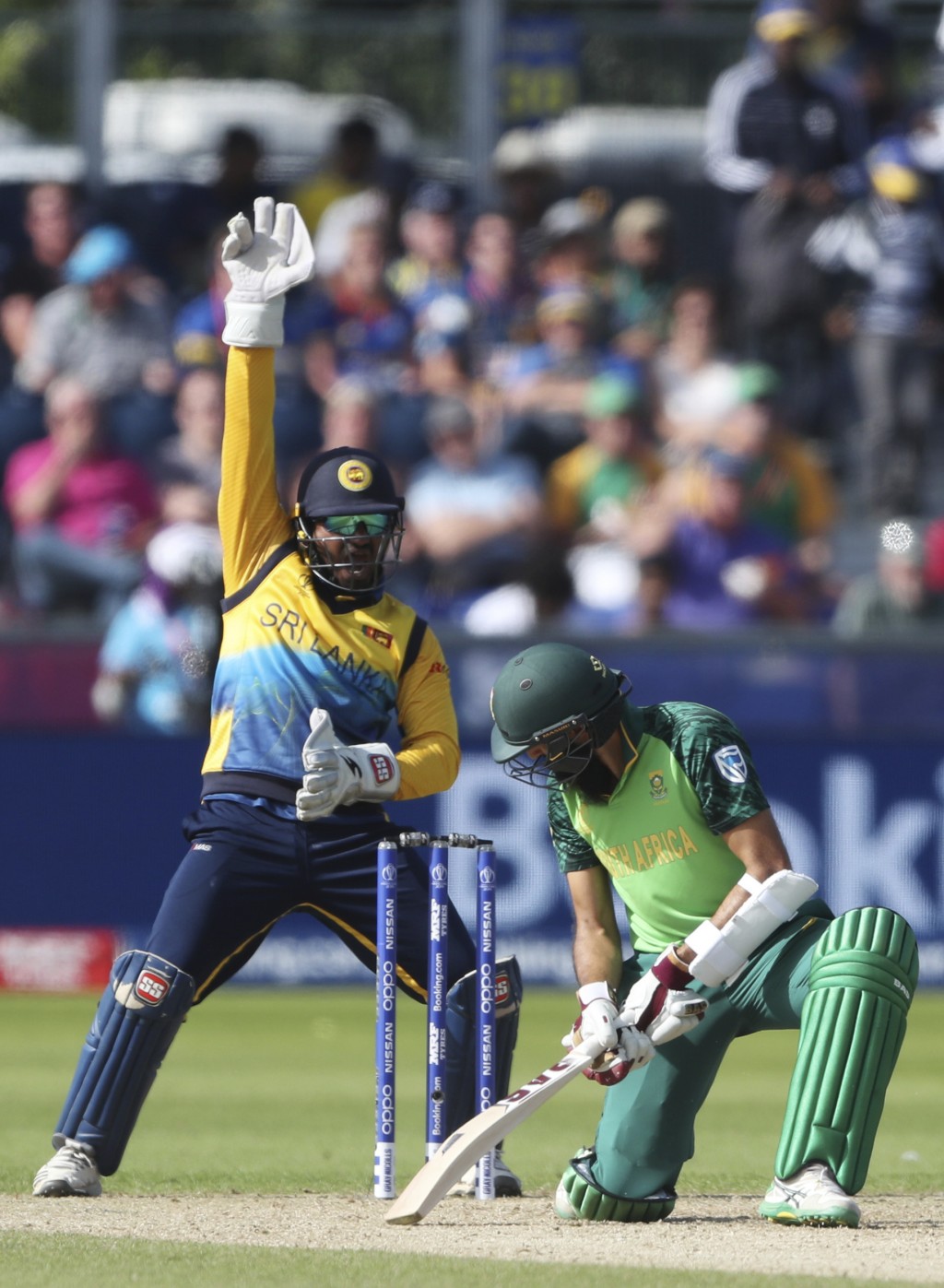 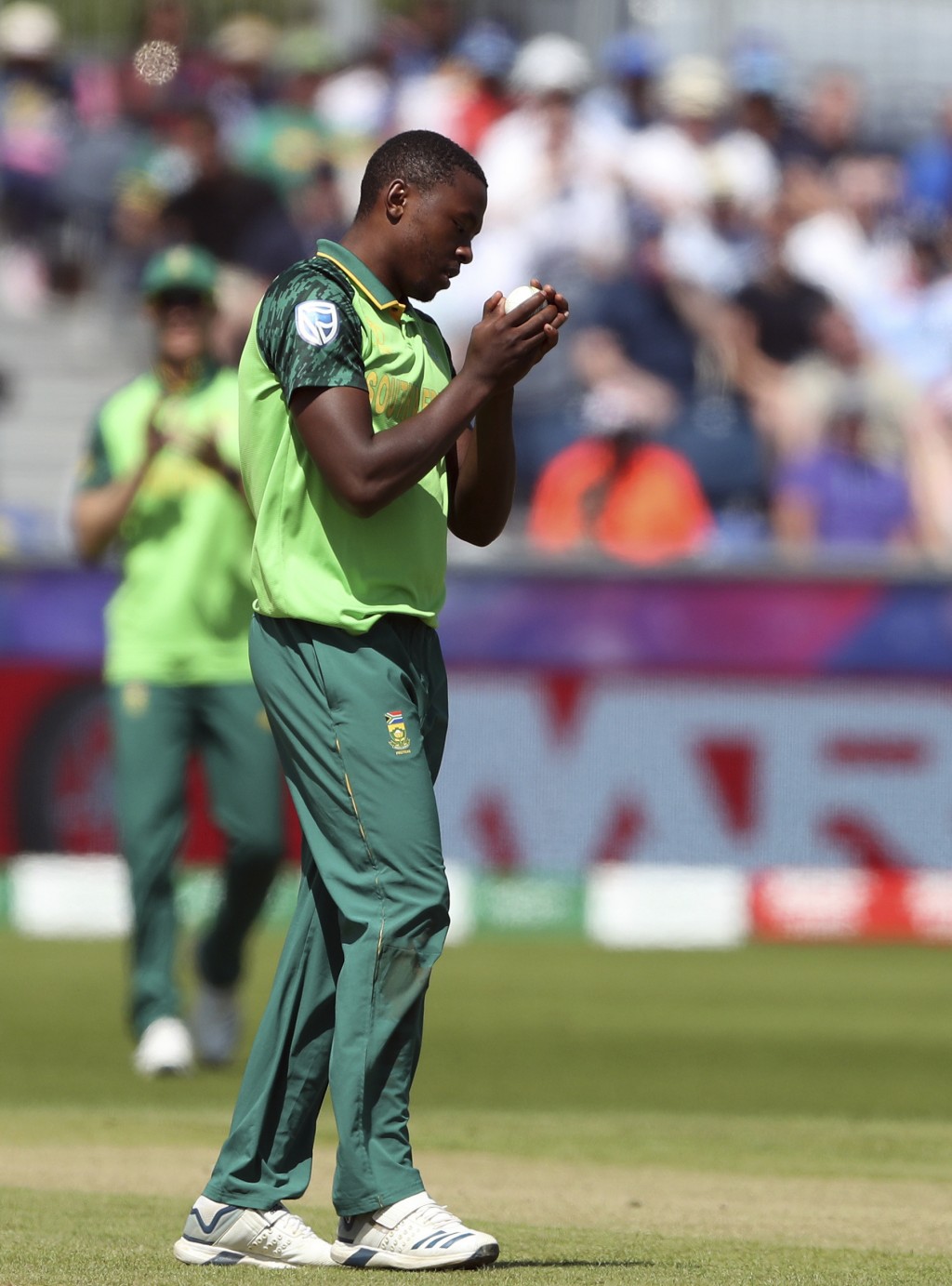 DURHAM, England (AP) — Faf du Plessis and Hashim Amla hugged, shook hands with the Sri Lanka players and strode off the field with their partnership intact after a stand that gave South Africa a second win.

It has been a tough eight games at the Cricket World Cup for South Africa's captain and its most experienced batsman.

"It feels like it's a long time coming," du Plessis said after Friday's nine-wicket win over Sri Lanka. "It still feels hollow. It's great winning, obviously, but it does ... it is very, very bittersweet because you know that we've let a lot of people down and that was never the plan."

The trouble started before the squad arrived in England. There was the injury-enforced absence of pace veteran Dale Steyn, before he was ruled out without playing a game. There was the complete absence of prolific batsman and former captain AB de Villiers, who apparently made himself available for World Cup duties only on the eve of the squad being publicly announced. De Villiers wasn't picked, but a lot of players weren't aware he'd even made the offer.

Then there were losses to then top-ranked England in the tournament's opening match at the Oval, followed by an upset loss to Bangladesh and a more-or-less expected loss to India. South Africa was in trouble against West Indies, too, with two wickets down before rain washed out their game in Southampton, meaning the teams had to share points.

There was a nine-wicket win over Afghanistan — anything less against the lowest-ranked team would have been considered a scandal — before further losses to New Zealand and Pakistan.

South Africa was out of semifinal contention when it took on Sri Lanka at Durham, but had won 16 of their previous ODIs, including a 5-0 sweep at home this year. Sri Lanka had surged back into playoff calculations with an upset win over England last week, but was no match again for South Africa.

Recalled Dwaine Pretorius took three wickets, Kasigo Rabada took two — including Sri Lanka's captain on the first ball of the match — and South Africa had to chase only 204 to win.

Du Plessis joined Amla at the crease with the total at 31-1, and the pair was unbeaten 175 runs later to complete the victory.

Du Plessis was unbeaten on 96 when South Africa reached 206-1, just unable to post the first century by a South African at this tournament. Amla was unbeaten on 80, although he was given out lbw on 68 and had almost reached the boundary before the TV umpire over-ruled.

He said chasing a small total took a lot of the pressure off, with batsmen able to focus on building partnerships rather than taking risks to lift the run rate. The glimpses of promise shown in previous games finally came to fruition in a run chase.

"But I think when you go back, there will still be that hollow feeling of stuff that could have been in this tournament," he said. "The crazy thing about this World Cup, it's been a remarkable tournament where different teams on their day can beat anyone and it shows you that if you are not on top of your game, in international cricket, the margins are so small.

"We will look back now at this tournament as being very disappointing, but there's been a lot of games where the margins were so small."

Sri Lanka has two games left and needs to win both, and rely on other results going its way, to stay in semifinal contention.

South Africa has a full week before it takes on five-time champion Australia at Old Trafford in the very last game of the group stage.

At a different time, a head-to-head like that near the end of the tournament would have been in a live knockout. The teams famously played to a tie in a semifinal in 1999, with Australia advancing on a countback and easily beating Pakistan in the final.

Not this time. Australia has already secured a spot in the semifinals. The South Africans will be heading for home.