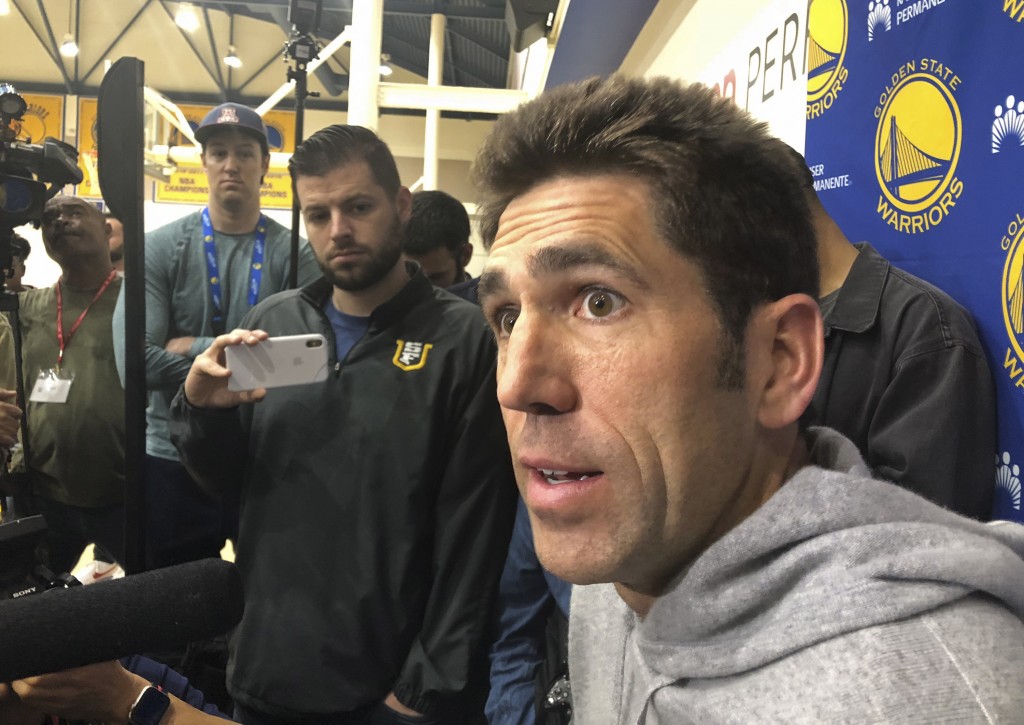 The Warriors announced the moves Friday. Golden State reached its fifth straight NBA Finals before losing to the Toronto Raptors in Game 6 to miss out on a three-peat after winning championships in 2017 and '18.

Myers completed his eighth season as GM and third also serving as president of basketball operations.

Ownership chose Hall of Famer Welts to be the driving force behind the plans for new Chase Center in San Francisco, where the Warriors will move next season following 47 years at Oracle Arena in Oakland.

Said owner Joe Lacob: "We feel that Rick and Bob are two of the best leaders in professional sports and, quite honestly, in any line of business. Their vision, creativity and humility are characteristics that have enabled the Warriors, and them personally, to accomplish terrific heights in this business."