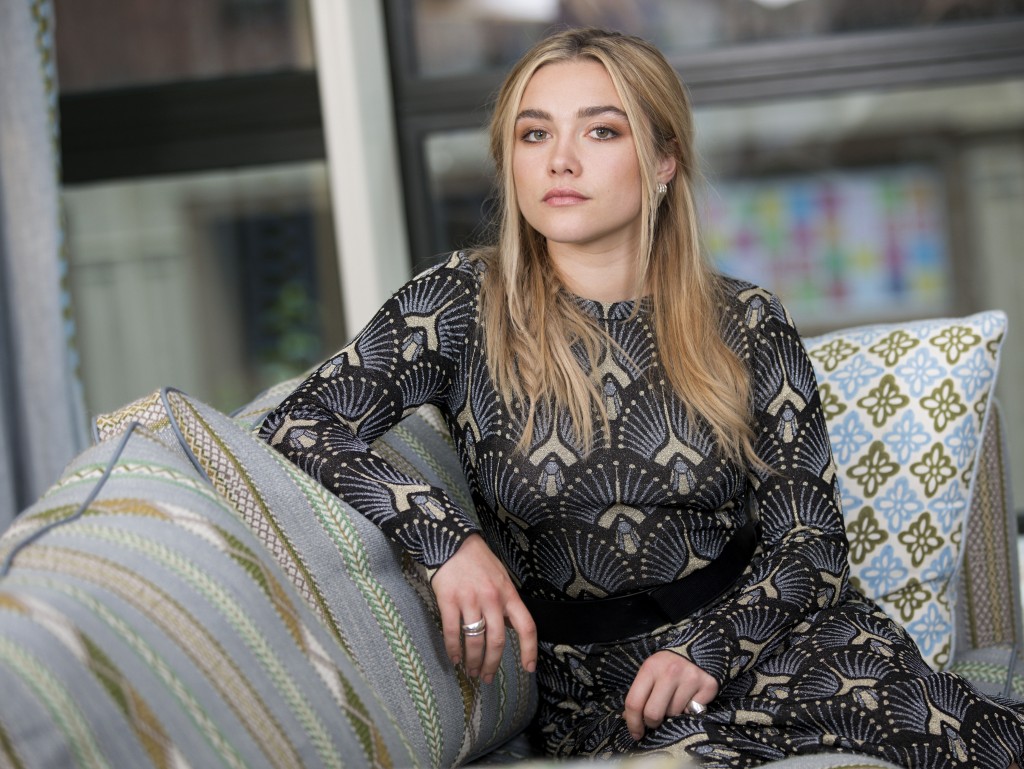 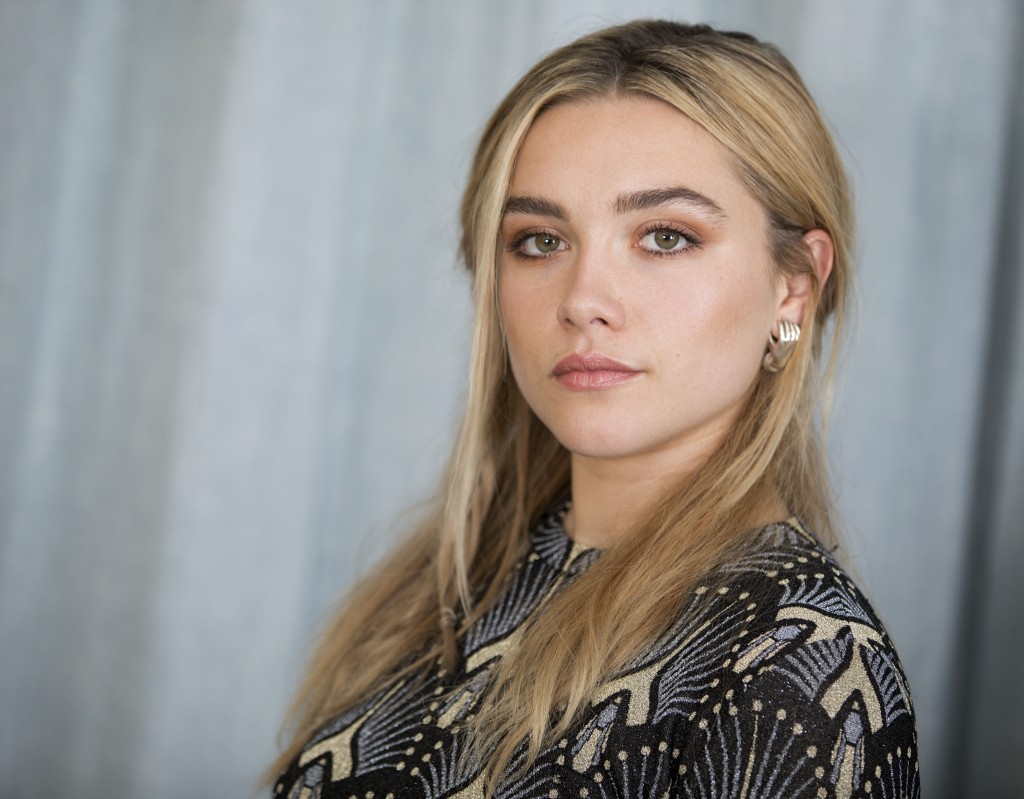 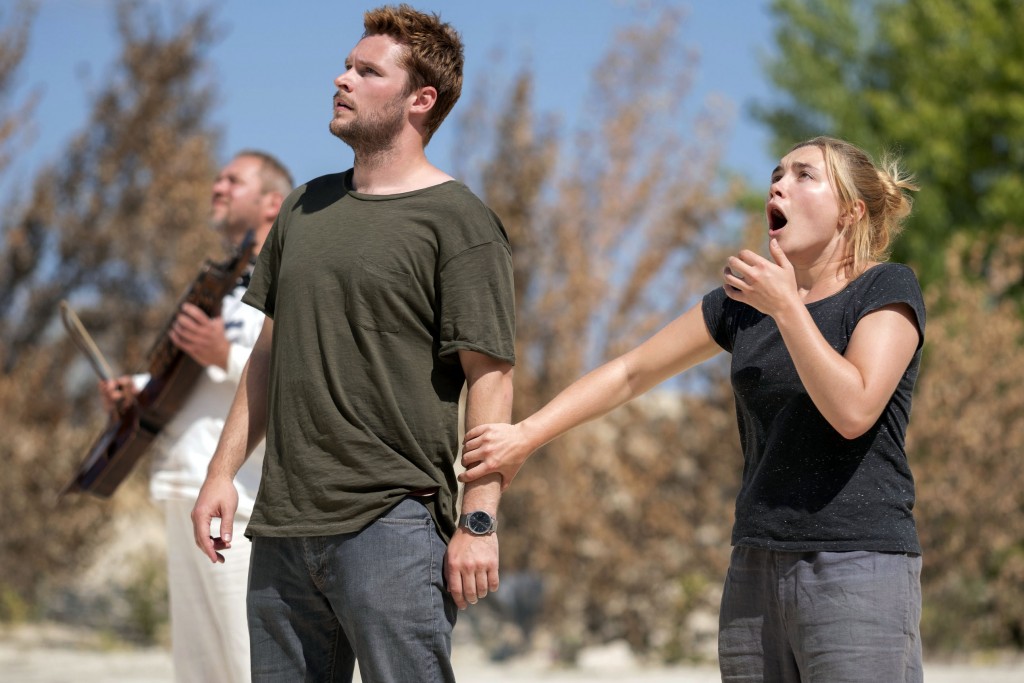 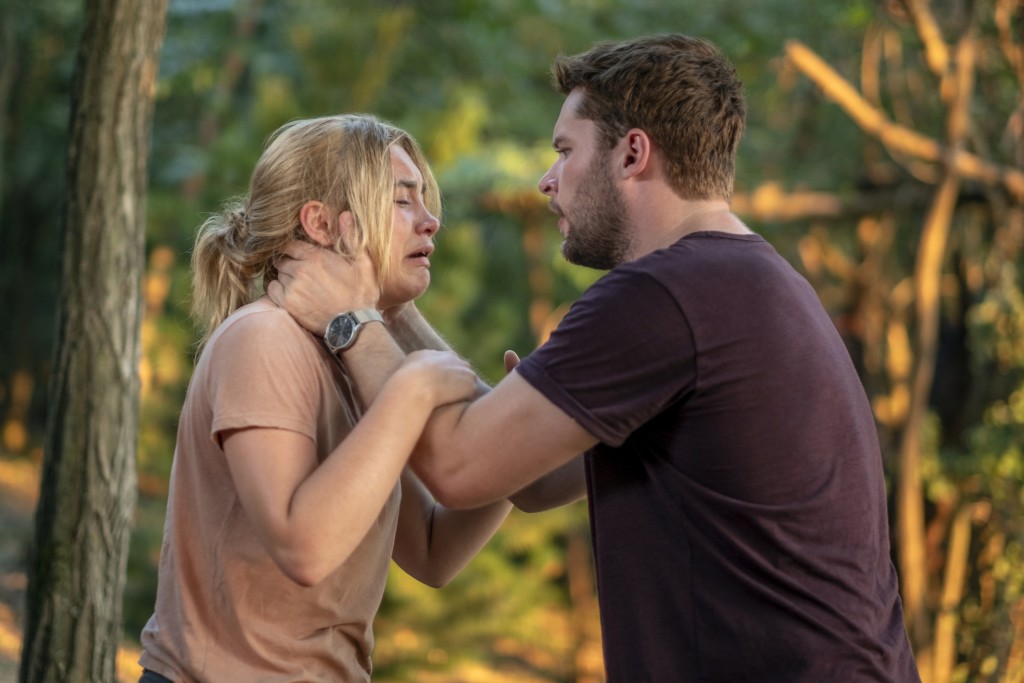 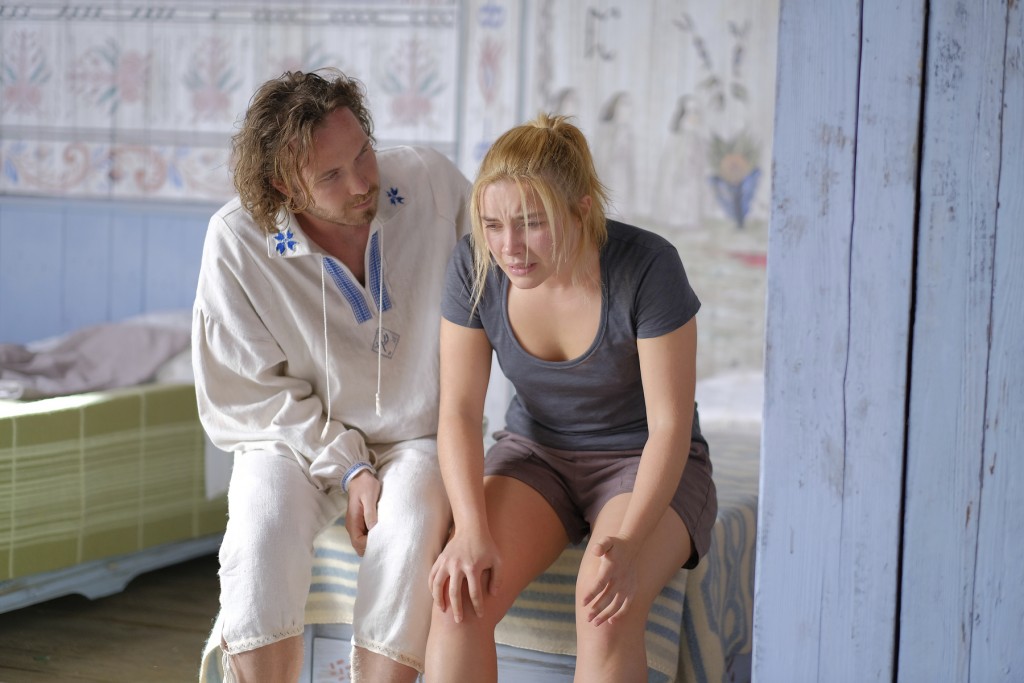 NEW YORK (AP) — How does one willingly, even eagerly, walk into a sunlit nightmare like Ari Aster's "Midsommar"? For Florence Pugh, the motivation came while watching the camera zoom between Toni Collette's legs in a particularly balletic moment during the feverish climax of Aster's debut, "Hereditary."

"I remember imagining what she would have had to do. I thought: 'Yeah, I really want to be a part of this,'" recalls Pugh. "It's not like I go: 'I really want to play a lady who goes insane in a field.'"

In "Midsommar," Pugh stars as Dani Ardor, a grief-stricken college student who shortly after her family is killed is a grisly manner, joins her long-term boyfriend (Jack Reynor) and his friends on a summer trip to the pastoral Swedish compound of Harga. She goes full of existential dread and relationship anxiety; their inevitable break-up has been merely postponed by Dani's tragedy. The increasingly dark and hallucinogenic pagan rituals of a seemingly idyllic ancient Swedish cult, it turns out, are less than ideal couples therapy.

The movie, which A24 will release in theaters Wednesday, wasn't a natural choice for Pugh, the 23-year-old British actress. She doesn't like horror movies. But she was drawn by the precision of Aster's choreography, the brokenness of his characters and the appeal of jumping down a twisted rabbit hole.

"There was something about her insanity at the end that I knew I would enjoy, and I knew I needed to do," Pugh said in a recent interview. "I had never played anyone like that before and that was so exciting. She doesn't get better. She gets more confused but in that confusion, she is released. And that is fascinating."

In her short and rapidly expanding career, Pugh has shown a knack for transformation. She has played characters who, with or without sanity intact, come into their own. In her 2017 breakthrough, William Oldroyd's "Lady Macbeth," she played a fiery young Victorian woman who, having been married into a pitiless and drab English household, madly seizes her own freedom. In Stephen Merchant's "Fighting With my Family," released earlier this year, she played a working-class English girl who conquers long odds and self-doubt to become a WWE professional wrestler.

It would be convenient to say that Pugh, too, is brewing into herself. And that's true to a certain extent. Days after Pugh spoke, she was to begin production on Marvel's Black Widow standalone film, co-starring alongside Scarlett Johansson. Later this year, she'll co-star in Greta Gerwig's "Little Women," one of the year's most anticipated films. Her fame is set to grow exponentially.

But Pugh also seems already fully formed. She grew up in a large, creative family in Oxford. Her mother teaches dance and two of her siblings also act, including Toby Sebastian who appeared in "Game of Thrones." She has a poise and directness to her that, combined with the vibrancy of her performances, has frequently led to comparisons to Kate Winslet.

"Florence is kind of supernaturally confident," says Aster. "She's really not like Dani at all. Those meeker qualities are nowhere to be found in Florence's personality."

It was "Lady Macbeth" that put Pugh on Aster's radar. They initially Skyped together to discuss the film, but things only came together after the director had gone through hundreds of auditions.

"I just had a very strong feeling about her after seeing 'Lady Macbeth.' In 'Lady Macbeth, she plays this impenetrable, poised, calculating sociopathic woman. But I could see her doing this which is almost the polar opposite," Aster says. "And also there is a trajectory in the film. I was excited to see her realize that arc."

The part was close to Aster; the 32-year-old New York filmmaker based Dani on himself. Just as the terrors of "Hereditary" emerged from family dynamics, the folk-horror of "Midsommar" is predicated on a break-up. Aster wrote it in the aftermath of a college split that, like "Midsommar," mingled emotional pain with psychedelics. Aster conceives of the film as a bad trip.

"In college I did mushrooms a few times and I did have a couple very, very bad trips. I was also in a place in my life where it wasn't a smart idea to do it. Nothing like what she's going through, but in the same way that she probably shouldn't be taking mushrooms, I probably shouldn't have either," says Aster. "I've made a bit of a personal tradition out of writing when I'm in crisis. A lot of these screenplays were inadvertent therapy for me."

Pugh's performance is multi-layered. Her Dani is haunted by an unfathomable sorrow, anxious with insecurity in her relationship and riddled with confusion at her surroundings. She's utterly alone, in the strangest of places.

"I knew that her grief, her pain, her constant tightrope of avoiding emotions, it needed to be exactly how someone would deal with the scenario they were in. And I've never come close to feeling any of that. In my life, I've never witnessed grief like that or seen someone go through that level of pain," says Pugh. "To get it perfect, I knew, would be so exhilarating and the payoff would be a fantastic feeling — which it was."

To say too much about that payoff would spoil it, but suffice to say, it comes with Dani outfitted head-to-toe in a gown of flowers.

"I was a Christmas pudding but of flowers. I mean, that's mental," she says, laughing and then shrugging. "That's why I do what I do."