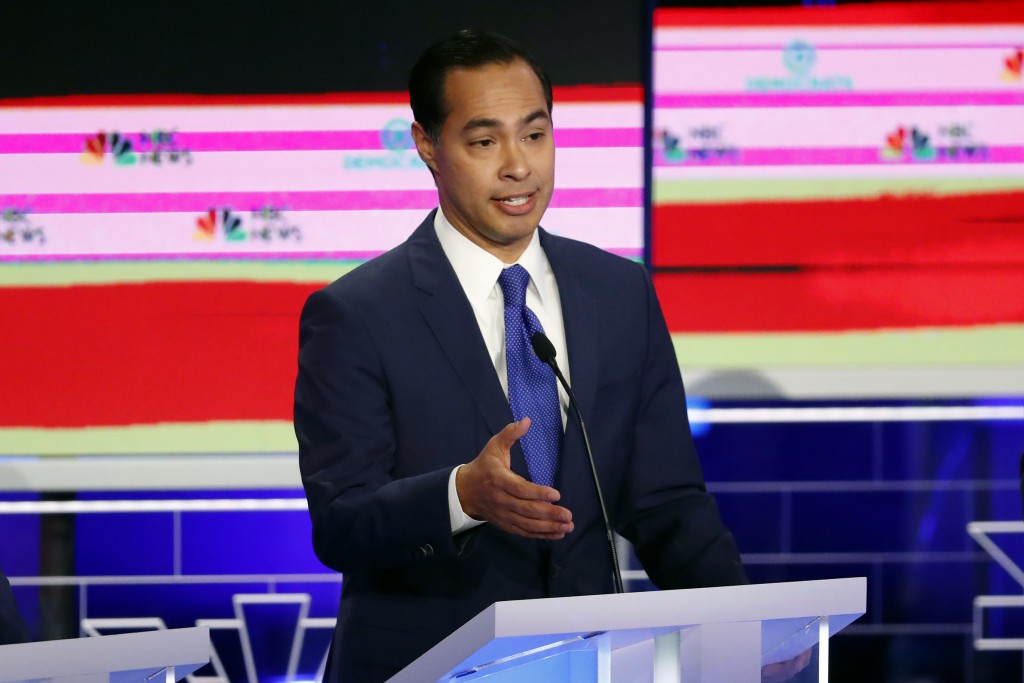 AUSTIN, Texas (AP) — Suddenly, Julián Castro is the Texas presidential candidate on the rise. And it's largely come at the expense of fellow Lone Star state native, Beto O'Rourke, whose early buzz has fallen away.

Castro, a former Obama administration housing chief, has been buoyed by a well-received performance during Wednesday's first night of Democratic debates in Miami. That's when he railed on O'Rourke, a former congressman, for not backing his idea of decriminalizing the act of crossing the U.S.-Mexico border illegally.

Adding to the awkwardness, both Castro and O'Rourke will be in Austin this evening for separate, nearby events.

Castro is holding a Texas Democratic Party fundraiser at one bar. O'Rourke has a meet-and-greet with his supporters at another.