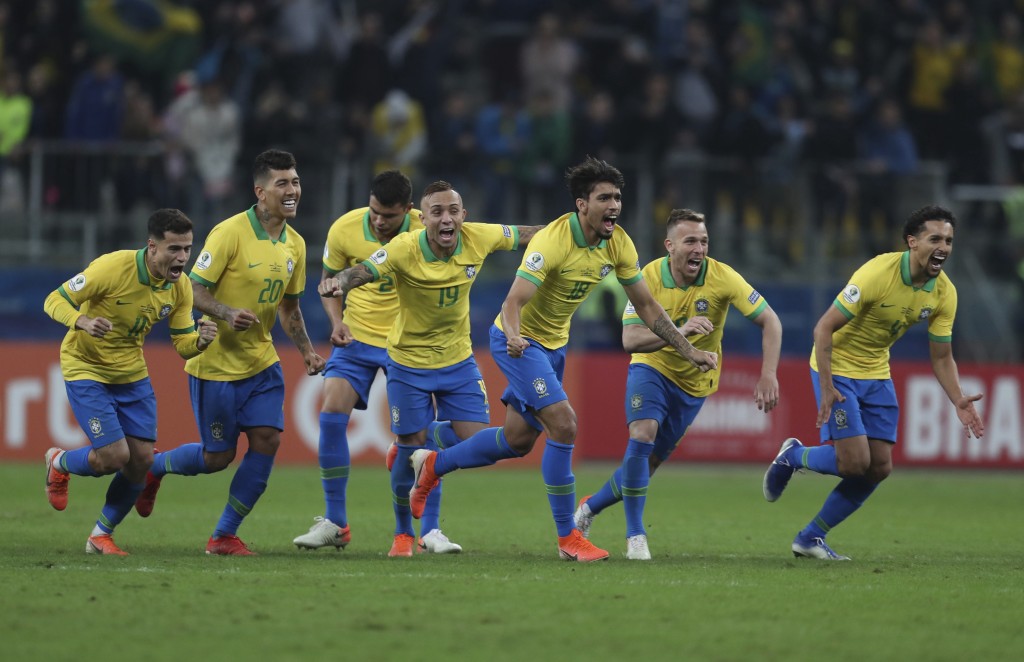 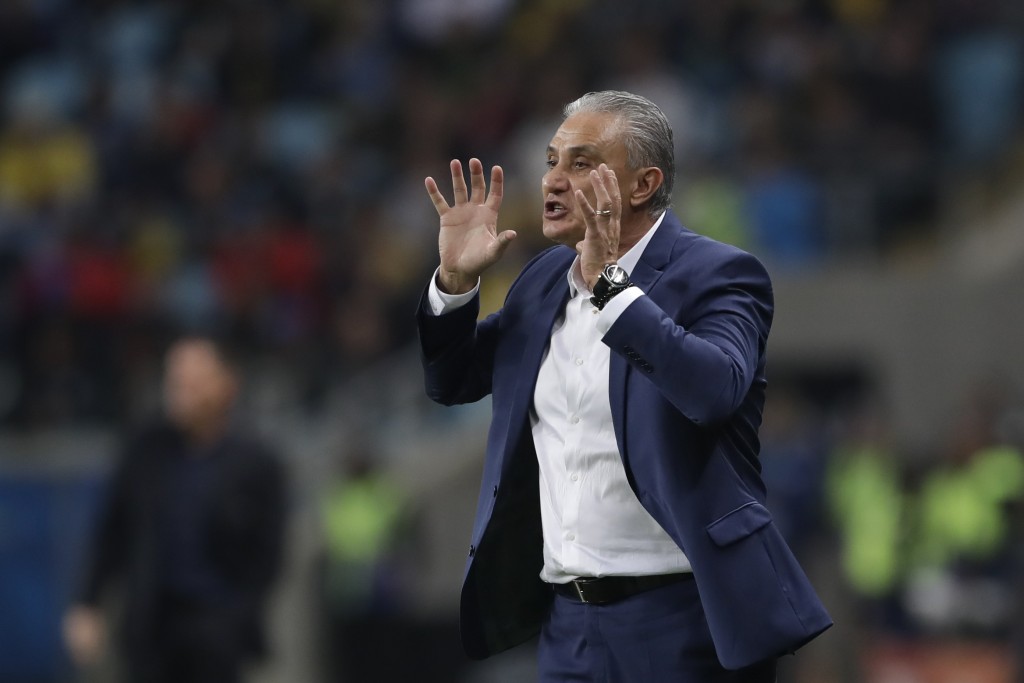 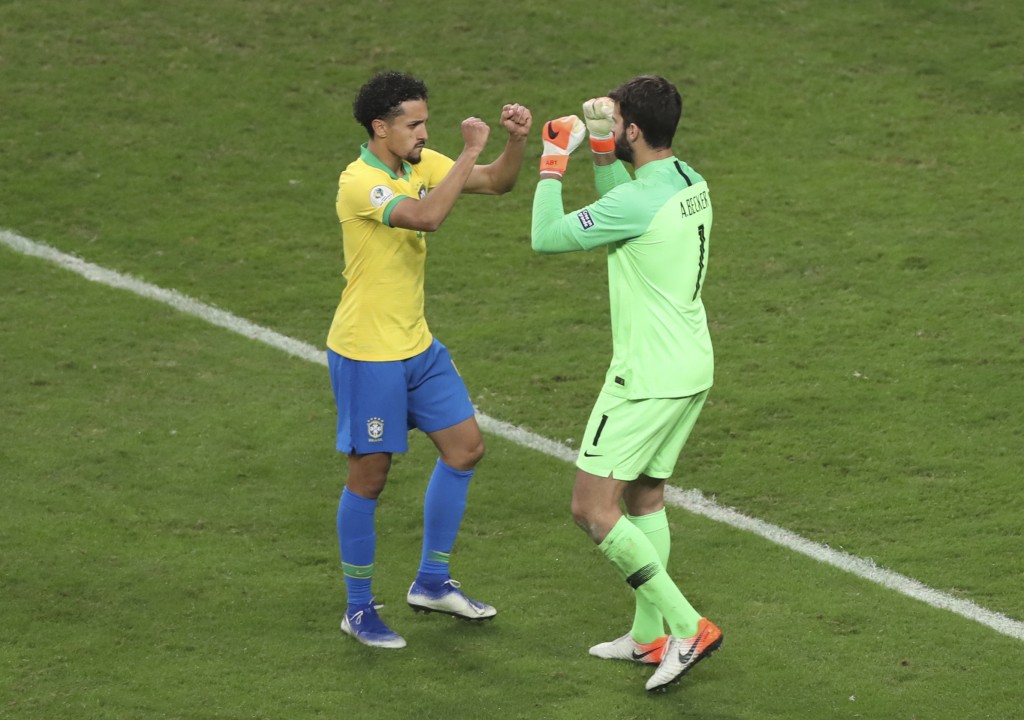 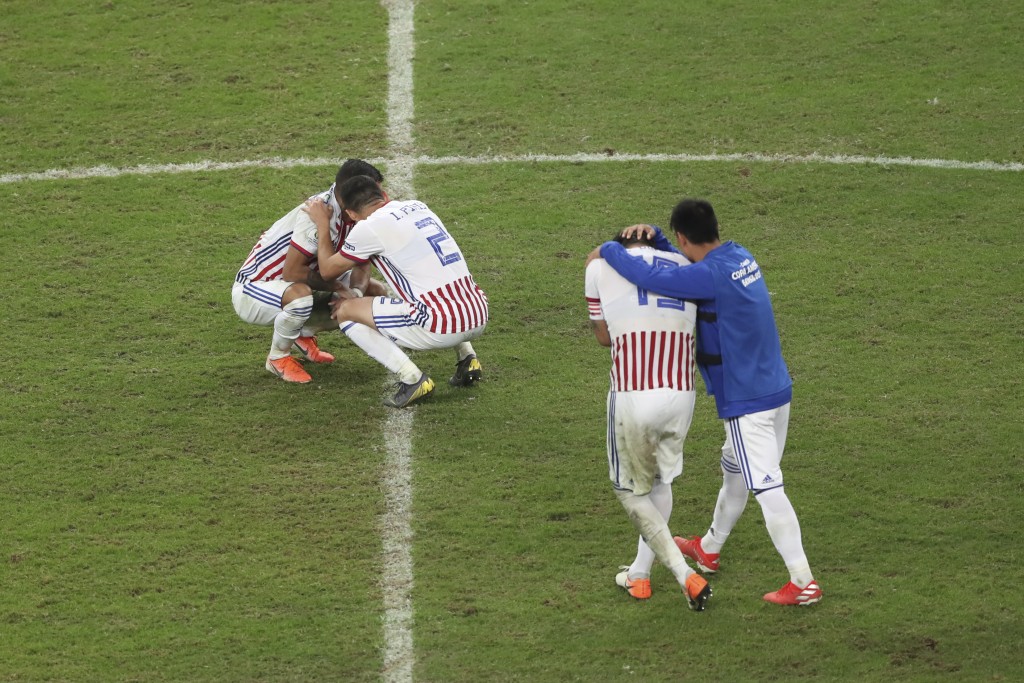 PORTO ALEGRE, Brazil (AP) — After escaping an embarrassing elimination, Brazil is trying to find the right balance for the rest of the Copa América at home.

Brazil has been playing solidly on defense from the start, but has struggled in attack against teams with tight defensive systems.

It was the case against Paraguay on Thursday in their quarterfinal in Porto Alegre, where Brazil needed a penalty shootout to advance after being held to 0-0 despite playing most of the second half with an extra man.

Without the injured Neymar, Brazil has already endured difficulties against Bolivia and Venezuela in the group stage, drawing boos from the local fans. The exception was the match against Peru in the final group game, when Brazil scored early to open up the defense en route to a comfortable 5-0 rout.

That victory oosted the team's confidence and raised hopes that coach Tite had found a solution to end the attacking slump. But despite playing with the same attackers who impressed against Peru, including youngsters Gabriel Jesus and Everton, the team struggled to find the net again.

"The ball wasn't reaching the forwards," Tite said. "They defended very well in the first half. We made some adjustments and started creating more opportunities, and after the red card we tried to take advantage of that."

Brazil pressed nearly full-time after gaining the man advantage in the 58th minute, but couldn't find a way to break the Paraguayan defense and a good performance by goalkeeper Roberto "Gatito" Fernández.

Brazil's defense — led by Dani Alves, Filipe Luis and Thiago Silva — was solid again, and is yet to concede a goal after four matches. Colombia, which plays Chile in the other quarterfinal on Friday, is the only other team yet to concede.

Next up for Brazil will be Lionel Messi's Argentina or Venezuela, which meet on Friday in Rio de Janeiro.

Brazil also suffered against Venezuela in the group stage, being held to a scoreless draw in Salvador.

Argentina could theoretically give Brazil a better matchup in the semifinals, as it's not likely to play as defensively as Venezuela did in the group stage.

"(Argentina) is a team with great individual quality," said Tite, who is under pressure to win the tournament at home a year after Brazil's World Cup elimination in the quarterfinals.

Coach Dunga, Tite's predecessor, was fired in 2016 after Brazil's elimination in the Copa América.

"It's part of the job as a coach, (this pressure) it's inevitable," Tite said. "The most important thing is to keep working normally."