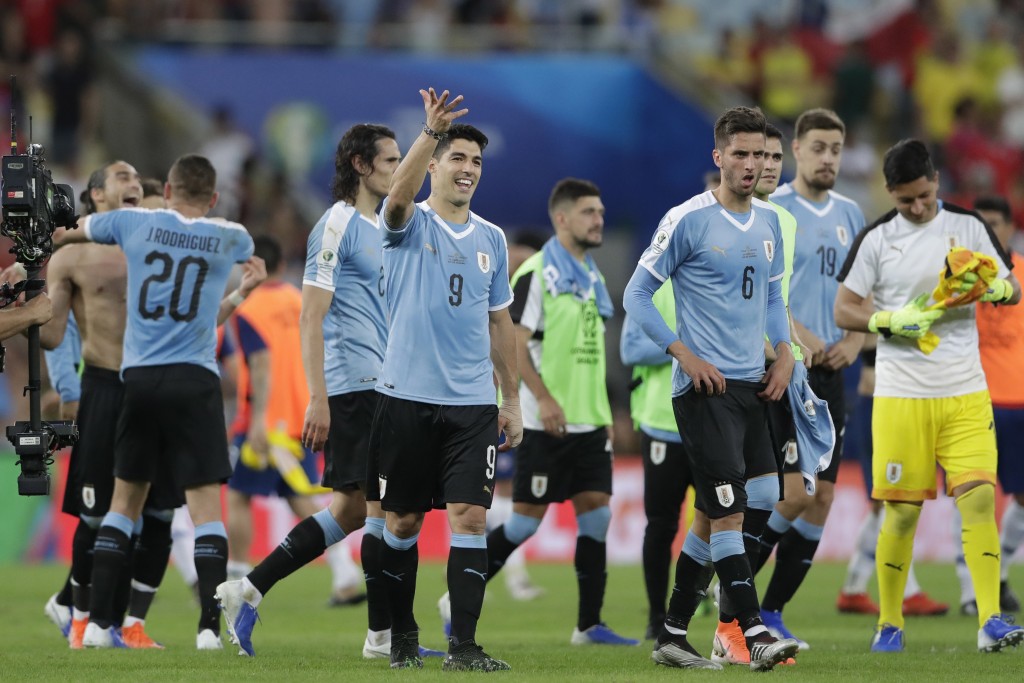 SALVADOR, Brazil (AP) — Uruguay is counting on eight players who have already won Copa América to show their experience and beat Peru in the quarterfinals on Saturday and remain on course for its 16th Copa title.

All but backup 'keeper Silva played in the 1-0 win against Chile on Monday and ensured Uruguay topped Group C.

The coach is also the same. Óscar Tabárez has been in charge since 2006.

If the tryouts by Tabárez on Friday in training are confirmed for the match at Arena Fonte Nova, Lodeiro will lose his place in the starting lineup to Nahitan Nández.

The experienced squad is nearly the same that lost to France in the World Cup quarterfinals last year. Only six changes were made to the group of 23 that went to Russia.

Peru coach Ricardo Gareca, who last year took the team to a World Cup for the first time since 1982, can't count on experience as much.

Gareca has striker Paolo Guerrero, the top goalscorer of the 2011 Copa América, but midfielder Jefferson Farfán is out injured.

Farfán's replacement is not yet known.

Since a key player will be missing, Gareca has used some can-do spirit before the quarterfinals clash.

A video of a conversation between him and a Peru fan went viral on social media on Thursday, with the coach trying to calm supporters down after the team was thrashed by Brazil 5-0 on Saturday.

"Be calm, we will recover and you will, too, with all the strength," Gareca said. "We will be fine. You and the national team."

The winner of the quarterfinal in Salvador will face Colombia or Chile in the semifinals.