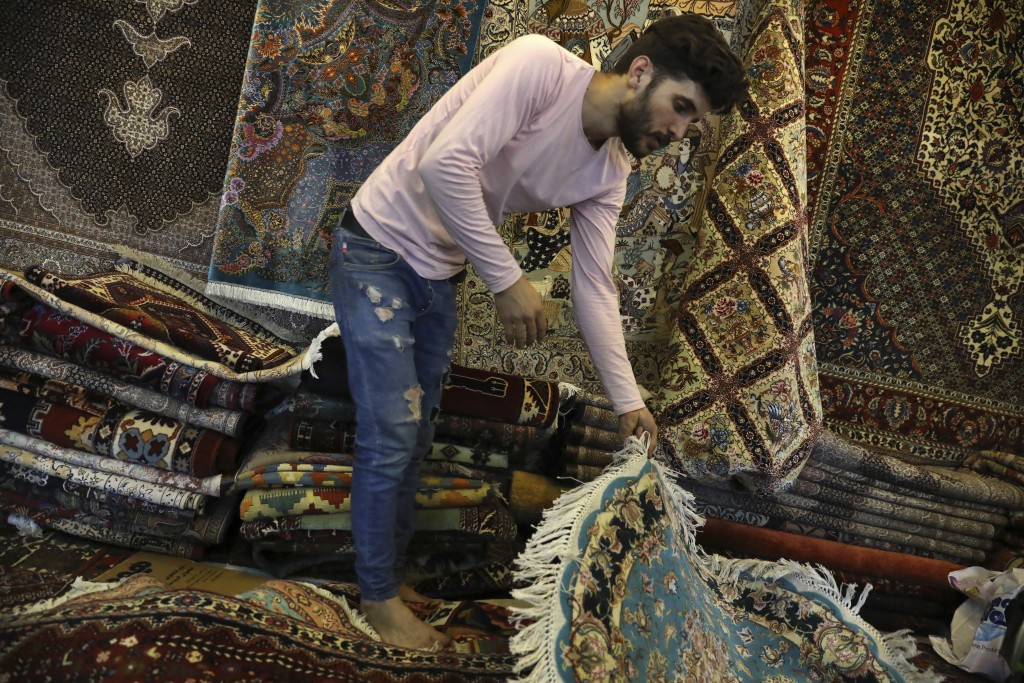 FRANKFURT, Germany (AP) — European countries want to convince Iran to stick to its nuclear deal with world powers, and are hoping to create a payment system that would let companies import and export from Iran despite financial and economic sanctions imposed by the U.S.

President Donald Trump has pulled the U.S. out of the nuclear deal, in which Iran agreed to limit its nuclear efforts in return for a lifting of painful economic sanctions. To keep the deal going without the U.S., Europe has told Iran it will find a way to keep doing business outside normal financial channels.

European countries have dubbed their trade mechanism INSTEX, for Instrument in Support of Trade Exchanges.

Here's a look at what it is and why it matters.

A: Companies that import and export need to get paid through banks. Yet financial institutions will be loath to incur the displeasure of the U.S. Europe is setting up INSTEX to show Iran that they're serious about helping Iran deal with the burden of sanctions — so long as Iran is willing to keep to the 2015 nuclear deal, which European countries think is the best way to contain Iran's nuclear ambitions and avoid conflict.

Q: What exactly is INSTEX?

A: It is an organization that's meant to coordinate import and export payments so that European companies can do business with Iran without running afoul of U.S. sanctions and Iran can get badly needed goods and revenue. Its founding shareholders are Britain, France and the United Kingdom. Others could join. It has not yet started operating but could soon.

Q: How would INSTEX facilitate trade?

A: It would balance payments for imports and exports, acting as a middleman and reducing the need for transactions directly between the European and Iranian financial systems. Banks working with European companies are hesitant to accept any funds originating in Iran, even for humanitarian trade that is formally exempt from sanctions.

Q: How does that work in practice?

A: Say, for example, a European exporter wants to sell medicine to an Iranian company. INSTEX records the sale in a trade ledger and then finds a European importer who is buying pistachios from Iran. INSTEX then approves a payment from the European pistachio importer to the European medicine exporter. That means the medicine gets paid for, but from one European bank to another without any funds from Iran.

Meanwhile, INSTEX's counterpart in Iran coordinates a similar payment from the Iranian importer of medicine to the Iranian exporter of pistachios. The funds remain in Iran. Everyone has been paid and no European bank has to worry about taking Iranian money.

Q: Does this cover all goods, even oil?

A: The countries setting up INSTEX said only that it will be "focusing initially on the sectors most essential to the Iranian population - such as pharmaceutical, medical devices and agrifood goods." That avoids a direct clash with the White House, since U.S. sanctions permit trade in humanitarian goods. European countries that had exemptions from U.S. sanctions to buy oil stopped buying crude, and the exemptions have now been withdrawn by Trump in any case.

Cornelius Adebahr, associate fellow at the German Council on Foreign Relations, said the companies most likely to use the payment system were small firms with longstanding business ties to the Middle East and no U.S. business. "It is a very reduced target group," he said. "It's not about giant sums in the billions, particularly at the beginning."

Starting transactions would let the Europeans say to Iran, "we're not just talking, we're doing something. That would be important and that's what the Europeans are working on."

Q: Could the U.S. retaliate against INSTEX?

A: The European countries would in effect create a diplomatic shield around companies trying to do business in Iran. It does not eliminate risk of U.S. pressure, but analysts writing for the European Council on Foreign Relations say that the involvement of the three biggest economies in Europe raises the stakes for Washington should it try to apply pressure as it has on the private sector.

Brian Hook, special U.S. representative for Iran and senior advisor to Secretary of State Mike Pompeo, said in May that he was skeptical Iran would ever set up a transparent local entity to complete its end of the arrangement. He said that if INSTEX ever became operational, the U.S. expected it to be used only for permitted humanitarian transactions: "We have said repeatedly for some time now that we will sanction any sanctionable behavior... I don't see any corporate demand for INSTEX."

Kirsten Grieshaber in Berlin contributed to this report.