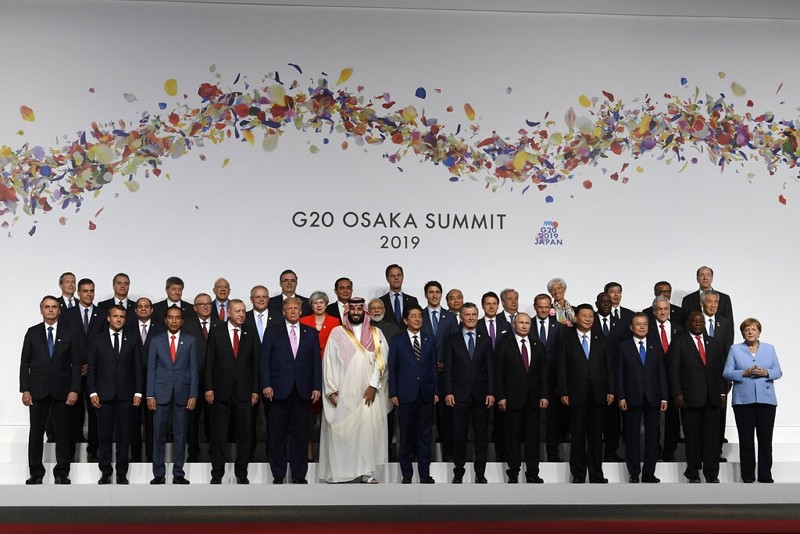 TAIPEI (Taiwan News) – As world leaders gather in Osaka, Japan for the Group of 20 summit, all eyes are on the meeting of U.S. President Trump with Chinese President Xi Jinping (習近平) on Saturday (June 29).

The two countries have levied billions of dollars’ worth of tariffs on each other’s products in a dispute over technology and China’s chronic trade surplus. In a meeting with Brazilian President Jair Bolsonaro on Friday (June 28), Trump spoke of his upcoming meeting with Xi.

“I think it’ll be productive,” Trump said. “We’ll see what happens tomorrow. It’ll be a very exciting day I’m sure,” he added. “It’s going to come out hopefully well for both countries.”

However, when asked if he has promised Xi to postpone the levy of tariffs on an additional $300 billion in Chinese imports, Trump answered, “No.”

The Chinese Foreign Ministry spokesman, Geng Shuang (耿爽), told reporters at a daily press conference on June 28 that U.S.-China relations are “significant to the stability and prosperity of the international community.”

“Both countries are closely communicating with each other for tomorrow’s meeting,” said Geng. “We hope the U.S. will share the same direction with China, so that the meeting will yield positive results.”