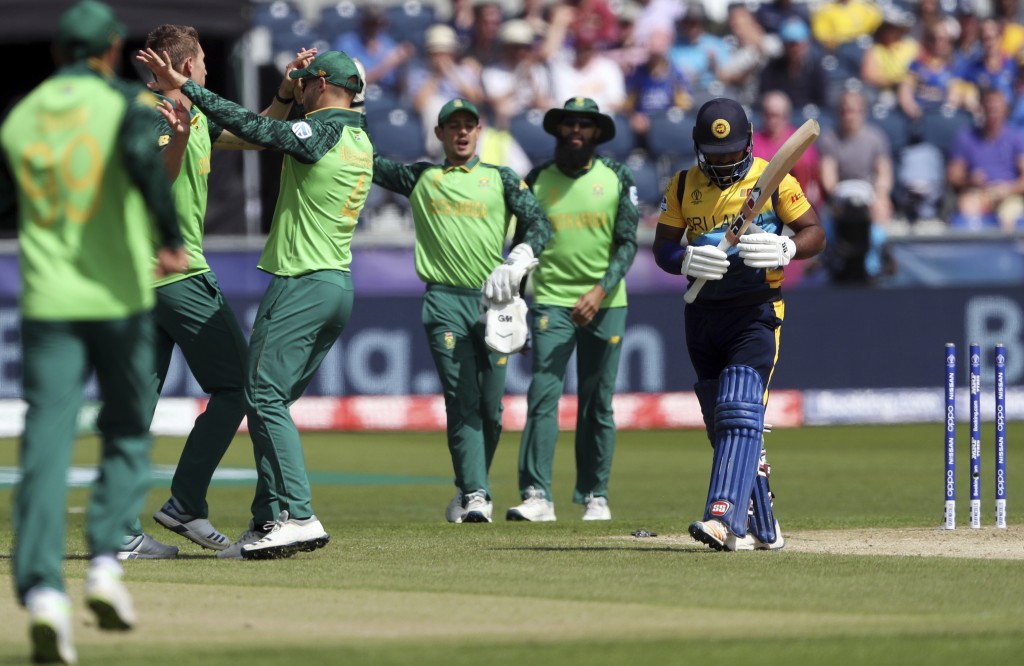 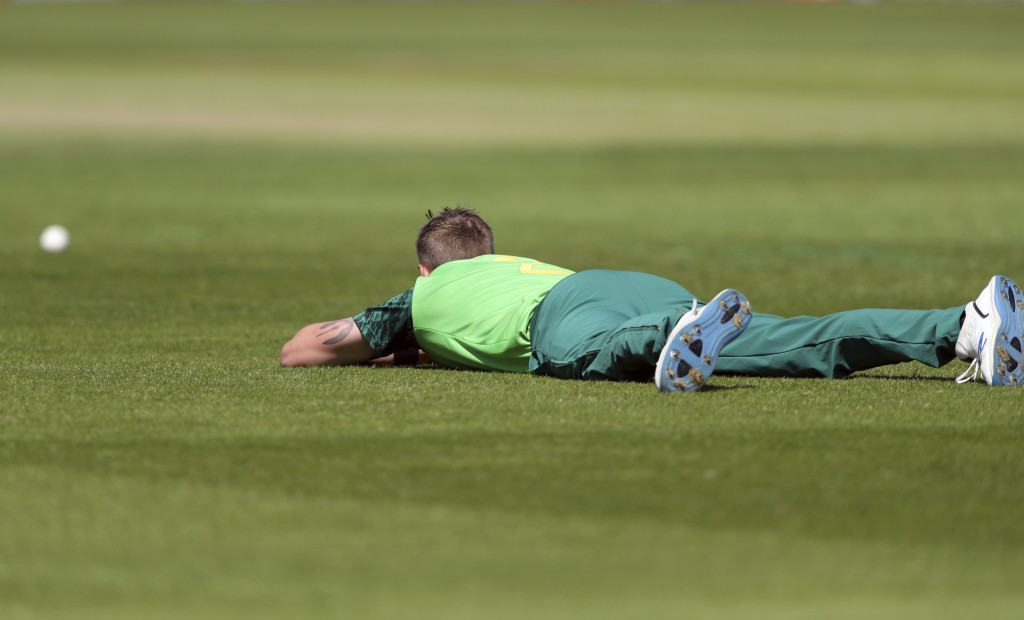 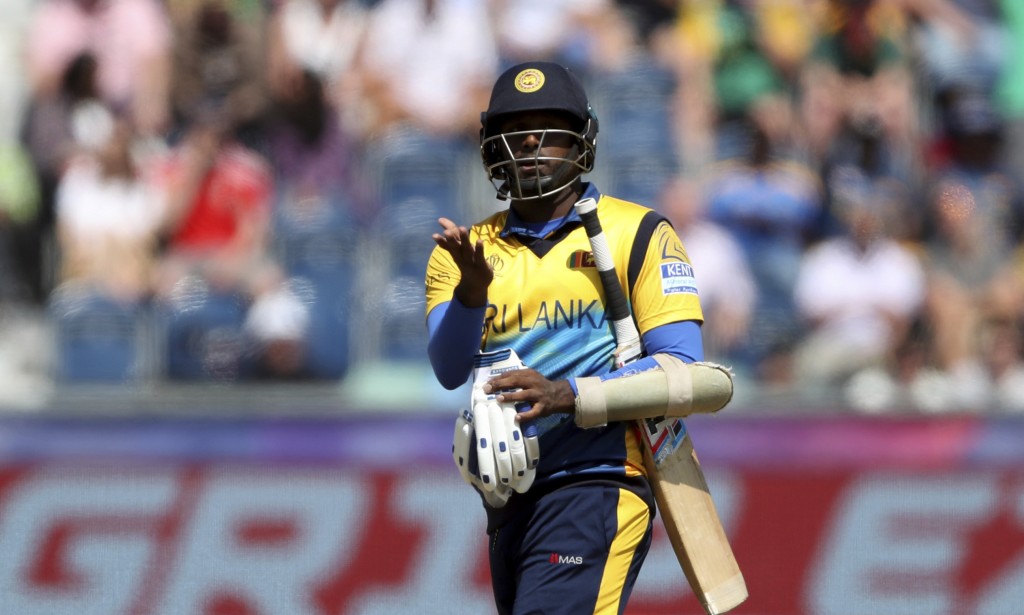 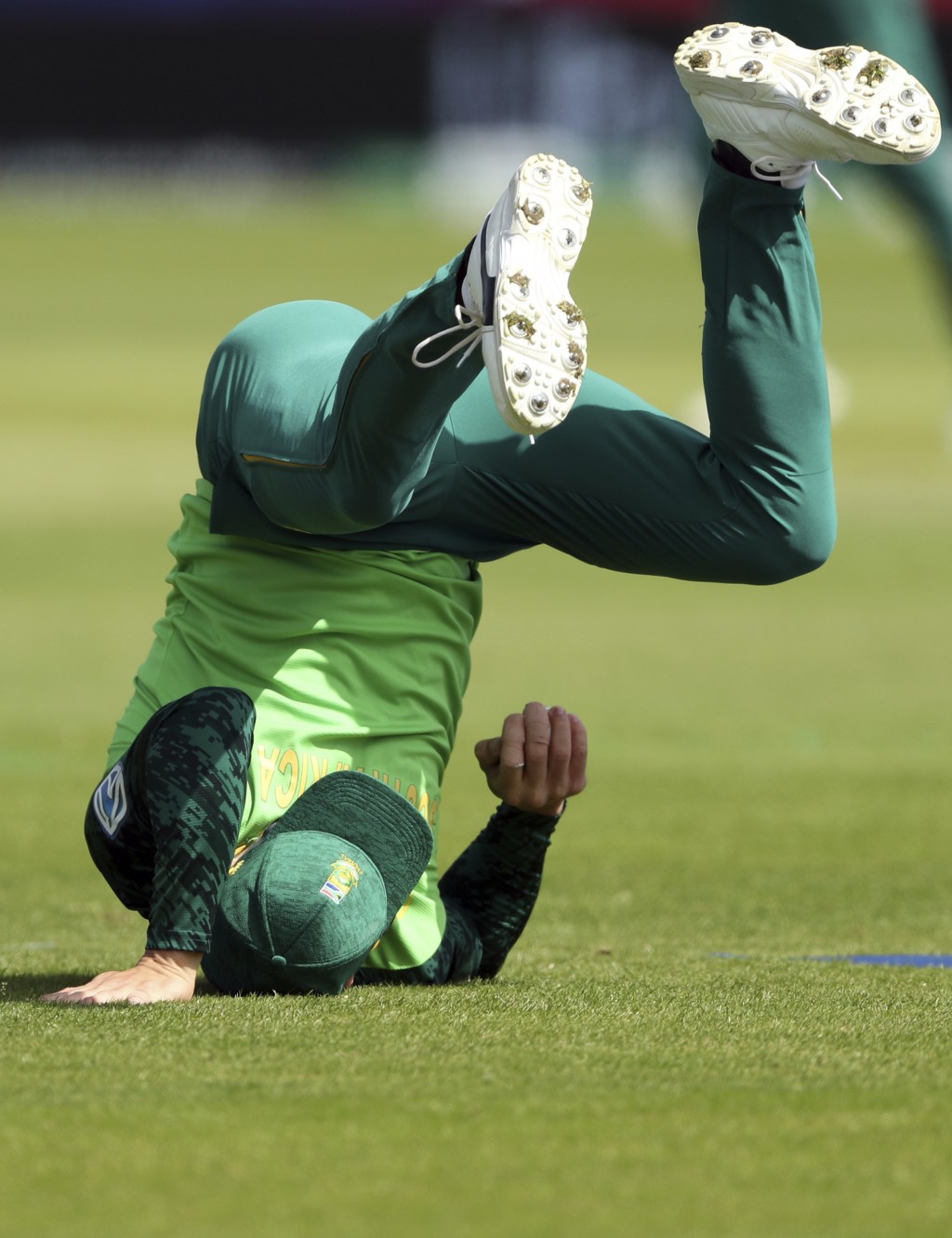 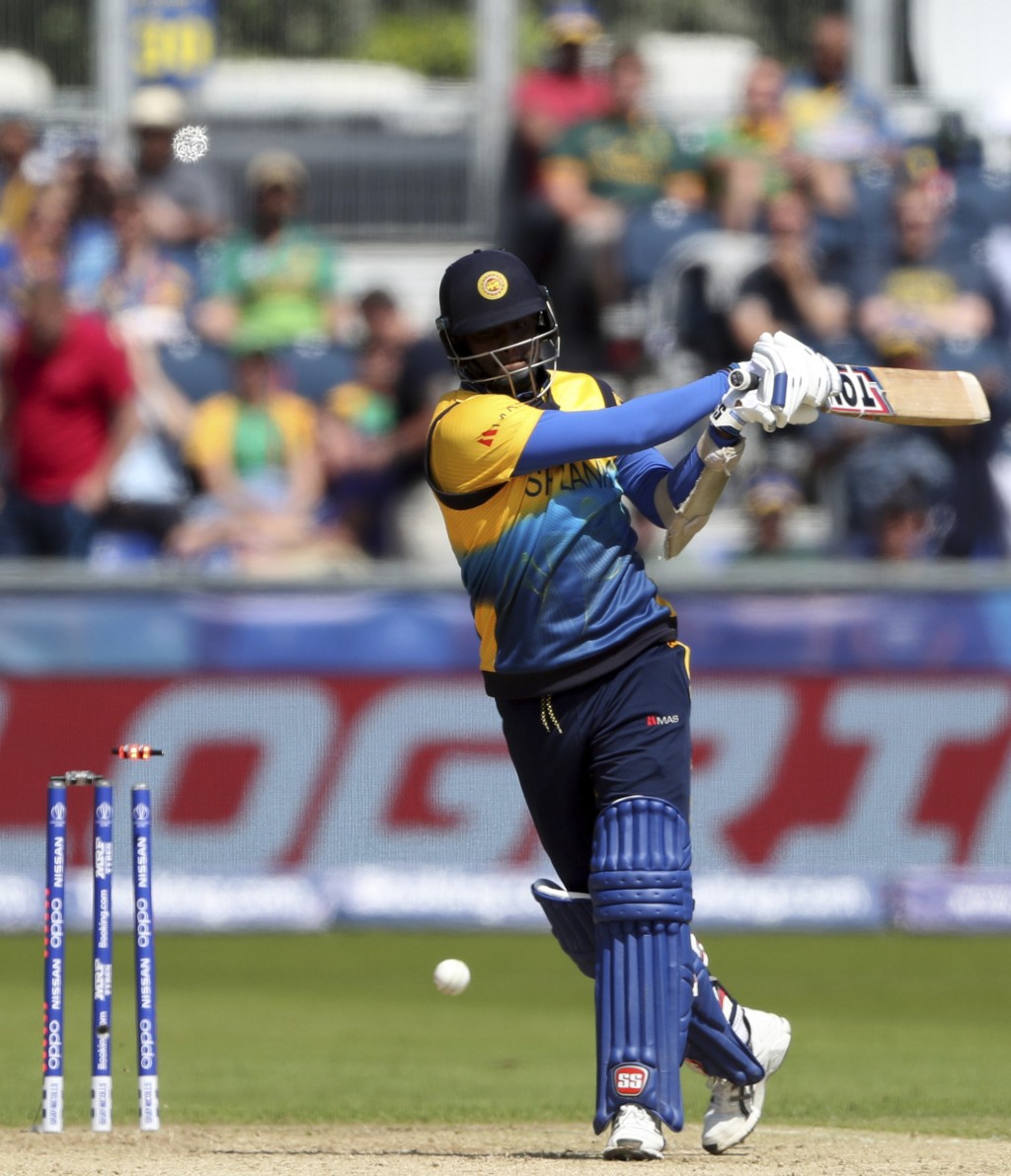 DURHAM, England (AP) — A World Cup semifinal spot seems a long way off for a Sri Lanka lineup that lost its captain on the first ball of Friday's group game against South Africa and was dismissed for 203.

There was potential for a sting in the tail of the innings. A swarm of insects, reportedly bees, halted the game for some minutes in the 48th over. All the players and both umpires went to ground, face down, to avoid any problems before play continued and the last two wickets were lost quickly.

The South Africans were out of semifinal contention after winning just one of its first seven games, but got on top quickly when skipper Faf du Plessis won the toss and sent the Sri Lankans in to bat.

Sri Lanka was coming off an upset win over England that changed the momentum of the tournament, exposing the hosts to the possibility of missing out on the playoffs.

Needing another win to move past Bangladesh and Pakistan and equal on eight points with fourth-place England, Sri Lanka will have to rely on another big bowling performance to defend a small total.

The Sri Lankans successfully defended a total of 232-9 in a 20-run win over England at Leeds a week ago, with veteran paceman Lasith Malinga taking four wickets.

On the up side for Malinga and his teammates, the bowlers dominated for South Africa in the first game of the tournament at Durham's county ground, with no batsman scoring more than 30.

Paceman Kagiso Rabada removed Dimuth Karunaratne with a well-directed short ball that the Sri Lanka skipper could only fend away to opposing captain du Plessis at second slip. That made Karunaratne just the second batsman dismissed on the first ball of a match in the 2019 World Cup, less than a week after New Zealand opener Martin Guptill's golden duck against West Indies.

Sri Lanka recovered through a 67-run partnership between second-wicket pair Avishka Fernando and Kusal Perera, who both scored 30, before recalled all-rounder Dwaine Pretorius dismissed them in the 10th and 12th overs.

Chris Morris picked up the key wicket of Angelo Mathews, who scored an unbeaten 85 against England, when the all-rounder dragged an attempted pull shot back onto his stumps and was out for 11.

The 30-year-old Pretorius, playing his first game since conceding 42 in seven overs and scoring just one run in South Africa's opening loss to England at the Oval, then dismissed Kusal Mendis (23) to return 3-25 from 10 overs — the most economical bowling figures so far at the tournament.

JP Duminy, another player returning to South Africa's XI, took a wicket with his first ball — Dhananjaya de Silva bowled after playing all around the ball on an attempted reverse sweep.