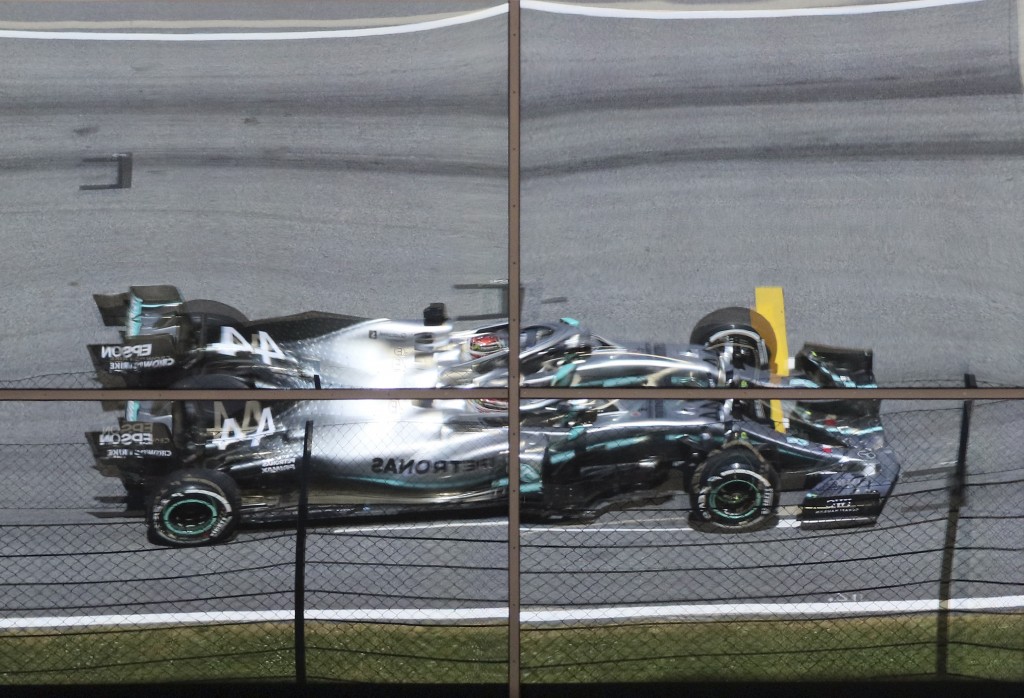 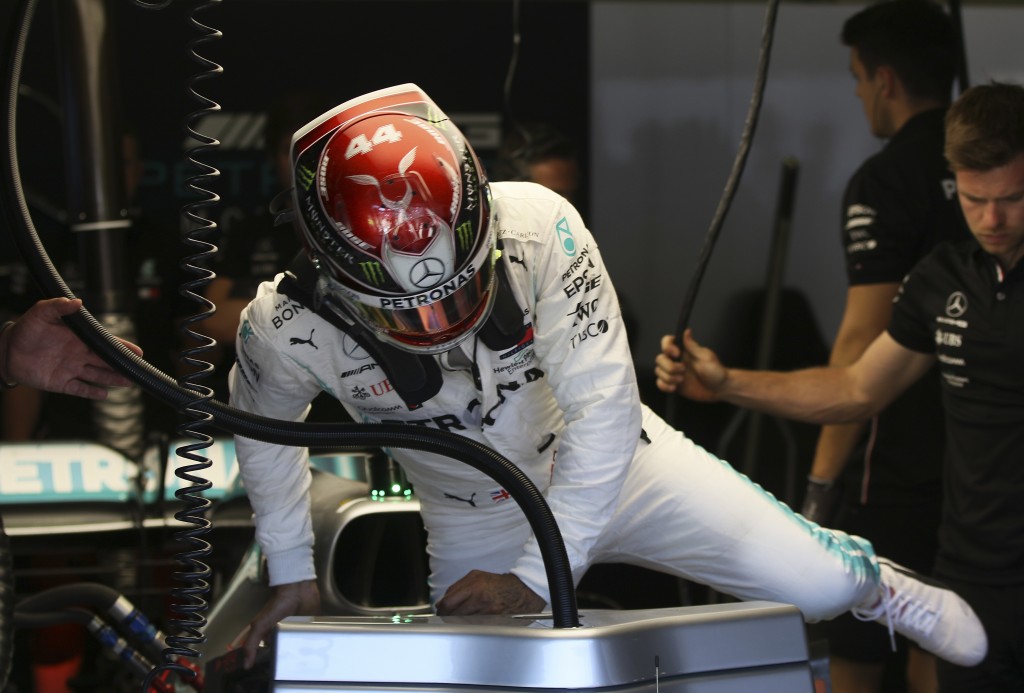 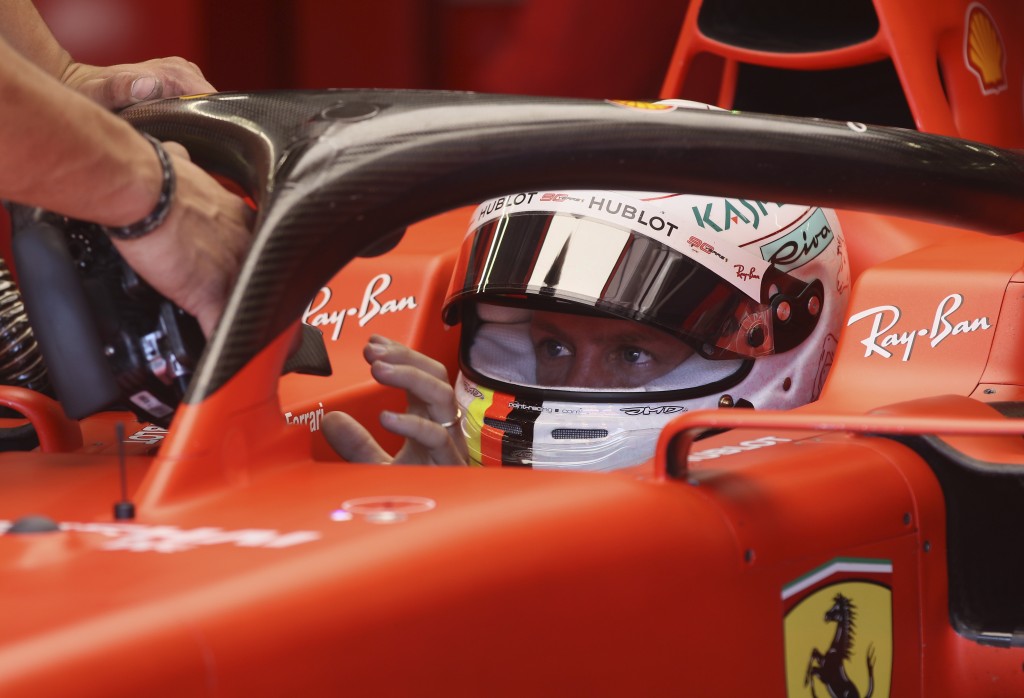 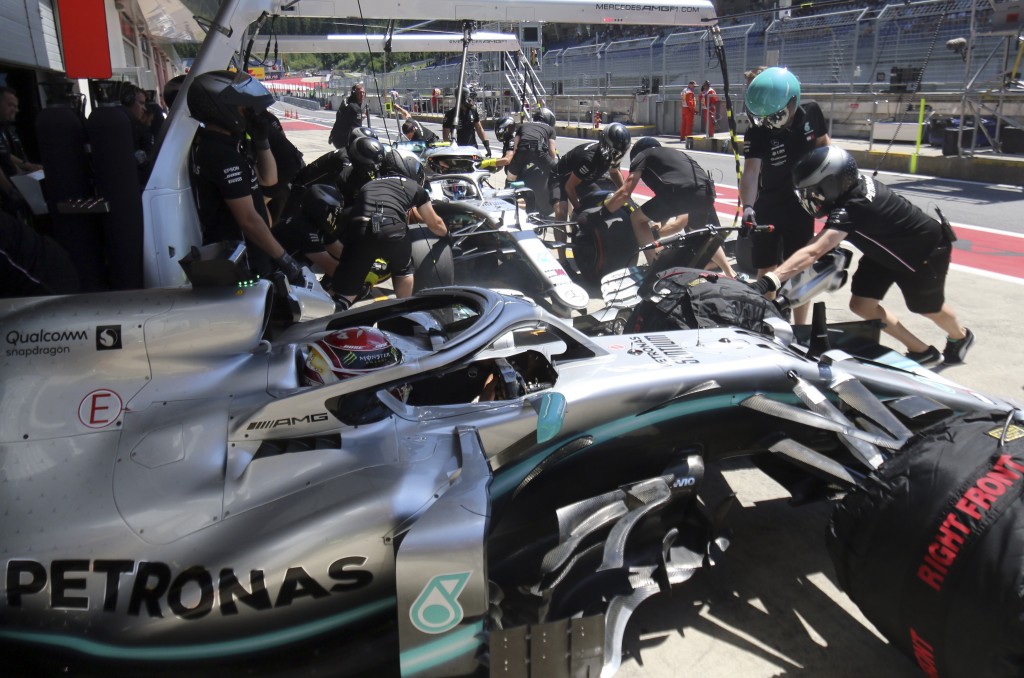 SPIELBERG, Austria (AP) — Lewis Hamilton posted the fastest time in the first practice session for the Austrian Grand Prix on Friday, a few hours after teams voted against a mid-season switch of tires to break Mercedes' dominance.

Practice was cut short after Niko Hulkenberg lost the left front wing of his Renault on the curb. Many racers, including Hamilton, damaged their front wing on the high edges of the track, called "yellow sausages" by many.

A second practice session is scheduled for later Friday.

While the opening practice showed Mercedes' unbeaten streak might continue this weekend, an attempt from various teams to create a more level playing field failed earlier in the day.

At the center of the discussion was the new type of tires introduced by supplier Pirelli this season. They have a reduced tread gauge which should cut down on blistering.

While most teams have found them unpredictable and have struggled to adapt to them, the new tires seem to perfectly fit the strategy of Mercedes, which has won all eight races this season, including six 1-2 finishes.

To open up the battle for victories and make the races more appealing again, various teams, led by Red Bull, have been suggesting a mid-season return to last year's rubber.

"Many teams have problems as we don't find the right window to work with the tires," Haas team principal Guenther Steiner said. "If we would go back to tires similar to ones of 2018 you would see a better fight."

But in a meeting with all team principals, Pirelli and governing body FIA, the proposal failed to get the mandatory support of at least seven of the 10 teams. Apart from Mercedes, the idea was also rejected by Williams, Racing Point, McLaren and Renault.

One of the reasons for the dismissal was the lack of data, as teams could only guess how the 2018 tires would work under the 2019 cars.

Hamilton initially had been critical of the new tires during pre-season testing, but has meanwhile slammed the idea of switching back to the old ones.

"Last year you had to manage the tires to a temperature, which means you had to do more lifting and coasting," said the five-time world champion, who attended Friday's meeting. "It was a lot worse. You couldn't do, for example, what I was able to do in the last race in Montreal, where I pushed behind Seb (Vettel). You can't do that on last year's tires."

After last week's triumph at the French GP, Hamilton showed sympathy for fans calling the races boring with a team as dominant as Mercedes. But he doesn't see a short-term change of tires as a solution.

"That's an example again of different teams pushing for different things for their own personal goals rather than for the sport's," Hamilton said.

Tire management will become a key factor during Sunday's high-altitude race on a hot day in the Austrian Alps.

Mercedes has won four of the five Austrian GPs since the event's return to the F1 calendar in 2014, but Hamilton added only one of these triumphs, in 2016.