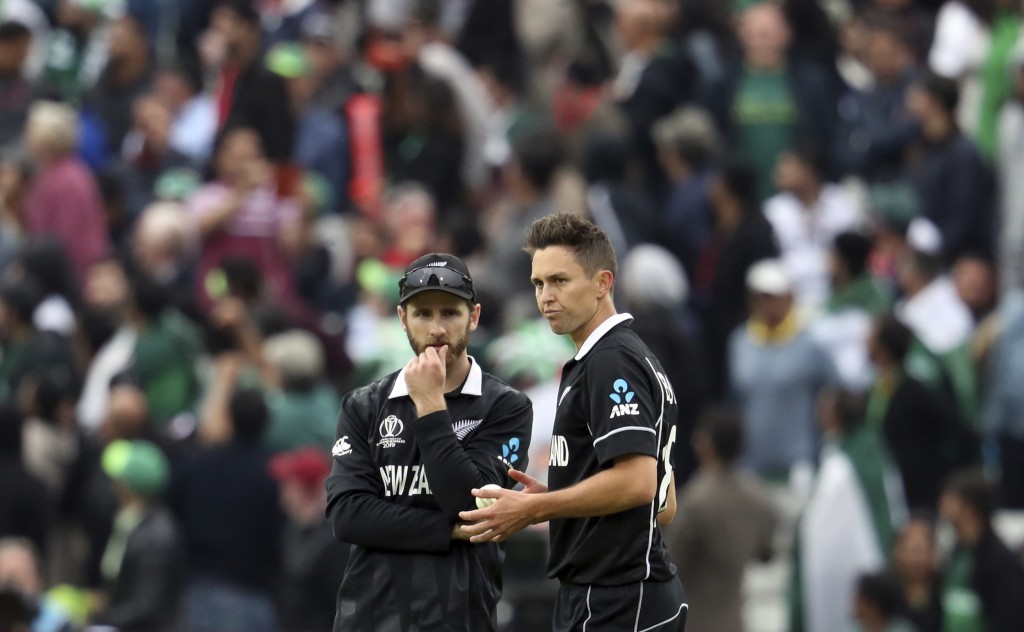 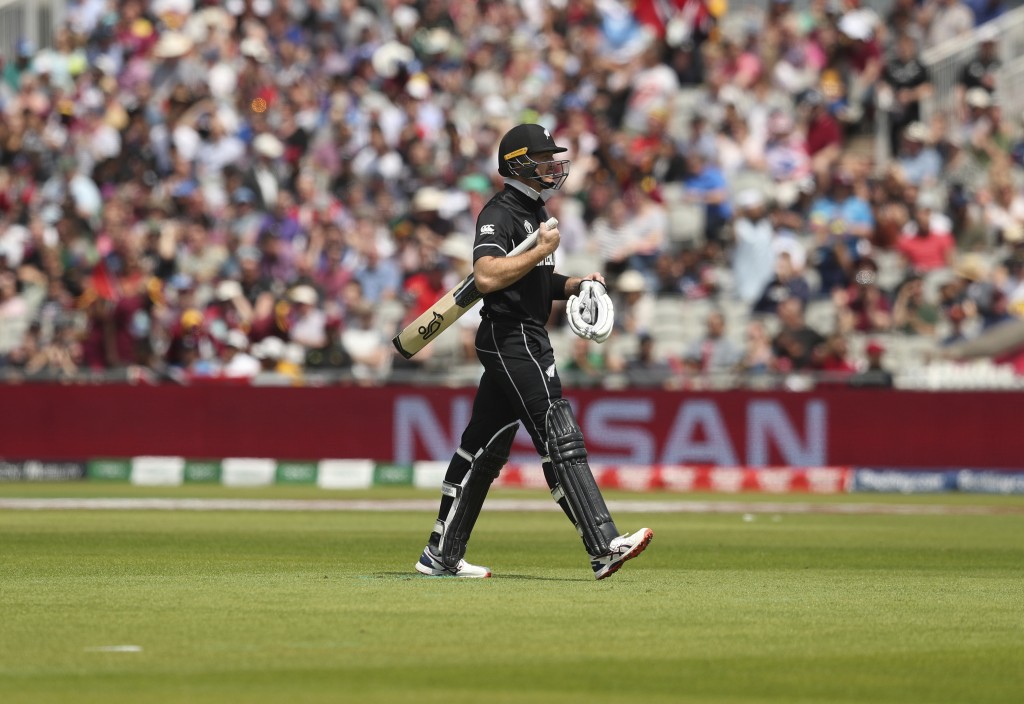 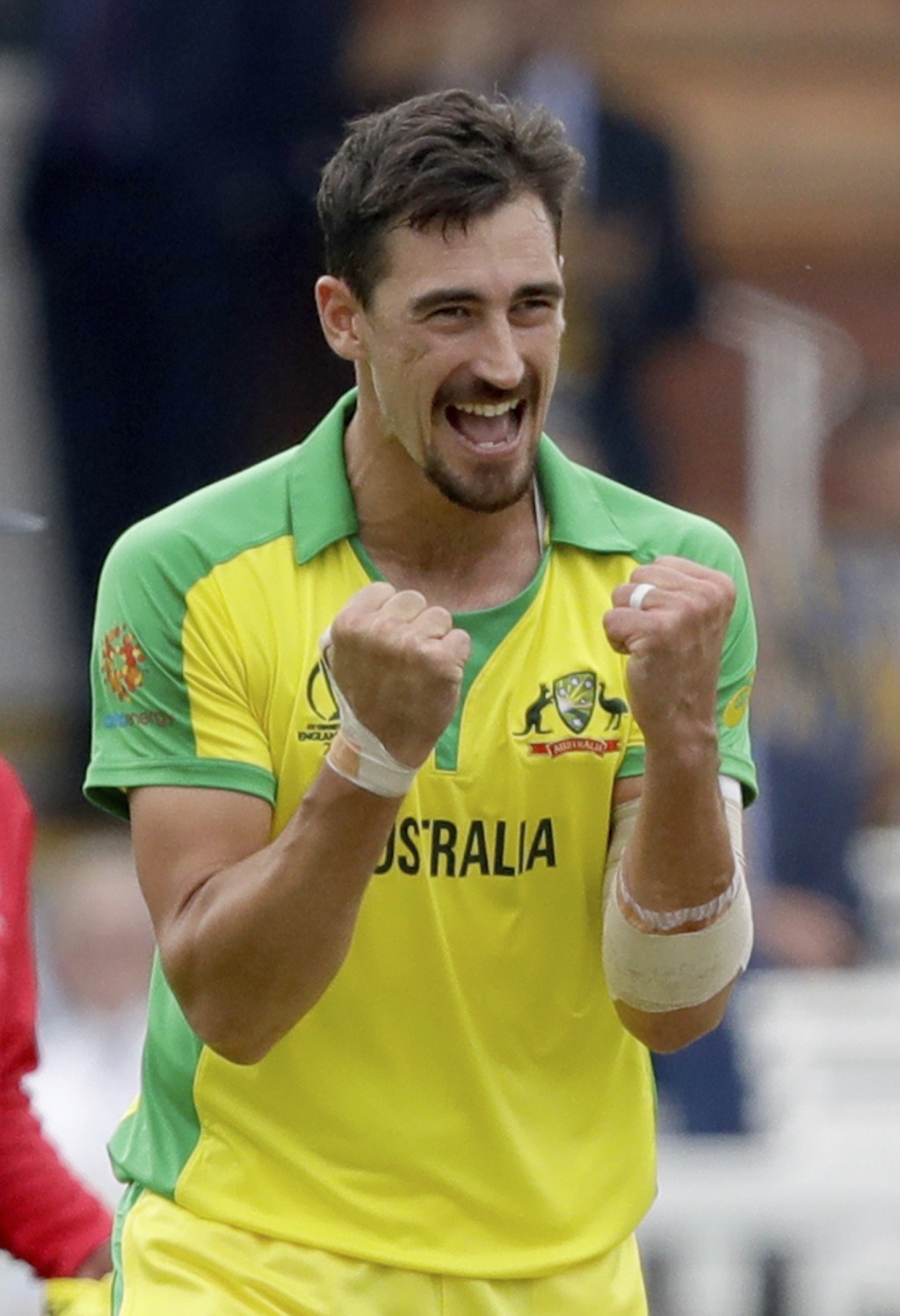 LONDON (AP) — Immediately after their unbeaten run at the Cricket World Cup was ended by Pakistan, New Zealand's players were joking and laughing in their changing room.

It wasn't that they took Pakistan lightly or failed to give their best effort. Far from it.

It was just time to enjoy the gratification of going down swinging, to accept that a better team beat them on an overcast Wednesday in Birmingham, to cop it on the chin, and look forward to the next assignment.

"A bit of a blip," was how allrounder Jimmy Neesham described New Zealand's first defeat in seven group matches.

"We're not the type of team that takes losses really hard," Neesham added. "We'll have a couple of beers as a team and kind of talk about how that game went, and then we'll pretty much park it, and we'll hit our scouting in the morning pretty fresh."

The scouting report on Saturday's opponent at Lord's will have been impressive.

Australia is on top of everything.

The Australians lead the standings, one point above the Kiwis.

They are the first and only team to have nailed down a semifinals berth. To join the defending champions in the playoff stage, the Kiwis need one point from their last two group games.

Australian paceman Mitchell Starc leads the wicket-takers list with 19, three more than anyone else. His usual new-ball partner Pat Cummins has 11. The Kiwis' best is Lockie Ferguson with 15. Of the five bowlers to take 5-wicket hauls at the tournament, two are Australian: Starc and Jason Behrendorff, whose combined left-arm pace and guile blew away England on Tuesday at Lord's, and stripped the home side of the No. 1 ranking in one-day international cricket.

David Warner leads the run-scorers list with 500, only four more than his opening partner and Australia captain Aaron Finch. They are averaging 91 as a pair.

They have scored five fifties each, including two centuries each.

The best Kiwi is also their captain, Kane Williamson, who has 414 runs including two centuries.

"Australia are a team we have played a lot over the last two or three years. We know how they go about the game," Neesham said. "They're obviously a really good team but we certainly wouldn't prepare for them any differently than we would any other game."

In stark contrast to Warner and Finch and the great platforms they are providing, New Zealand's openers have become brittle.

After batting through to beat Sri Lanka in the opening match, Martin Guptill and Colin Munro have deteriorated. In the following matches, No. 3 batsman Williamson has been forced to come in with the new ball still practically new: Bangladesh (sixth over), Afghanistan (first over), South Africa (third over), West Indies (first over), and Pakistan (second over).

Meanwhile, waiting in the wings is Henry Nicholls, the established opener with Guptill until he hurt his left hamstring on the eve of the tournament, and fast bowler Tim Southee, who has watched his teammates concede centuries to Carlos Brathwaite and Babar Azam in their last two matches. Nicholls and Southee have been available since the third match against Afghanistan but unable to break back into a starting XI that has been mainly winning.

"We've potentially got a few guys who externally have a lot of pressure on them but, internally in our team, we believe in their ability," Neesham said. "The nature of the game is you're going to have lean trots here and there, but it's all about the quality of the player."

Australia has the luxury of resting some front-liners, but coach Justin Langer says pace pair Starc and Cummins will likely play on.

After a fairly hectic schedule, Australia has breathing room of a week between its last group games against New Zealand and South Africa. That should be enough time for some players to refresh. Worryingly for New Zealand, the Australians don't want to take their foot off the pedal.

"We want to try and finish as high as we can building toward the final series of matches," Starc said.