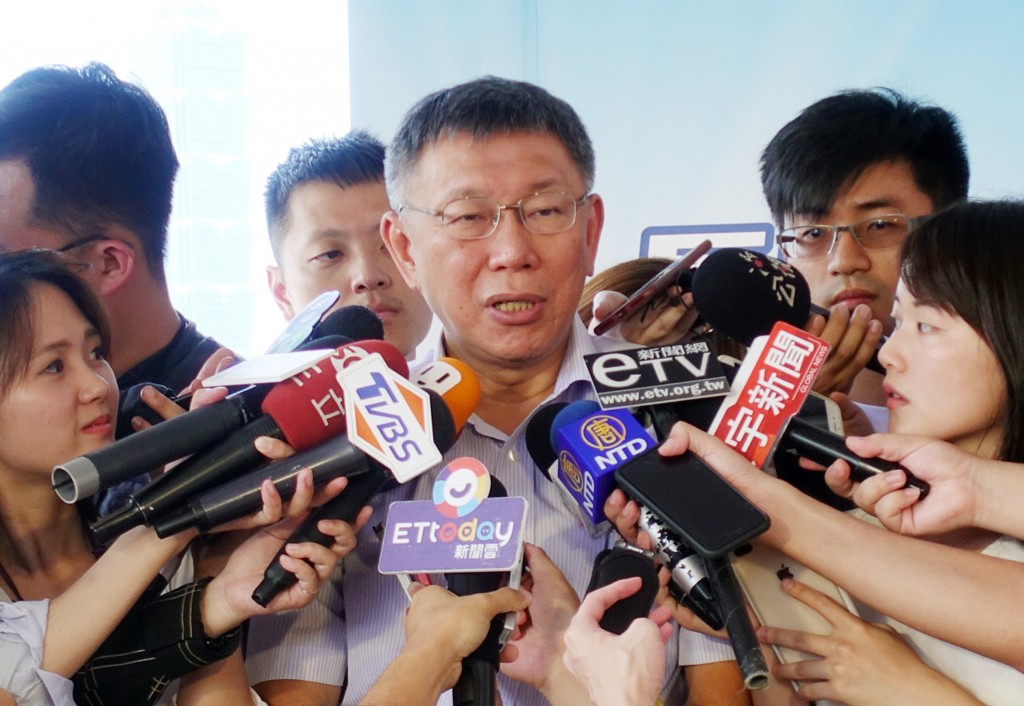 TAIPEI (Taiwan News) — On Friday, Taipei Mayor Ko Wen-je (柯文哲) denied he had plans to meet with Liu Jieyi (劉結一), director of China’s Taiwan Affairs Office (TAO), next week during a forum in Shanghai, yet implying they might encounter one another by coincidence.

The Taiwanese mayor will visit the Chinese city for the Taipei-Shanghai Forum, which is scheduled for July 4-5. The annual forum is co-hosted by the two city governments and takes place in each respective city alternately.

Speaking with the media on Friday, Ko reiterated his earlier statement that he has not planned to meet with TAO’s officials next week, reported Central News Agency. He said most of his schedules have been finalized.

However, Ko did not rule out the possibility of meeting senior officials from the Chinese government by chance, adding he will interact with them casually should they show up during his visit.

Ko added that based on his previous experience, “you can not stop them if they want to do something.”

“We would consider it all planned out” if Ko meets with Liu Jieyi in China, said MAC spokesperson Chiu Chui-cheng (邱垂正) at a press briefing on Thursday. The Chinese authorities always do prior preparations before they meet with Taiwanese politicians, he said.

The Taipei City Government should inform MAC of any changes made to Ko’s itineraries, said Chiu. Local government officials should be cautious about not endorsing Beijing’s political propaganda, he added.

According to a press statement issued by the Taipei City Government on June 23, the two-day forum will focus on such issues as advancing technology and city development. Scheduling to depart for China on July 3, Ko will also visit Kunshan in addition to Shanghai.

Asked to comment on the MAC’s response, Ko sighed and implied that the government has constantly attacked him.