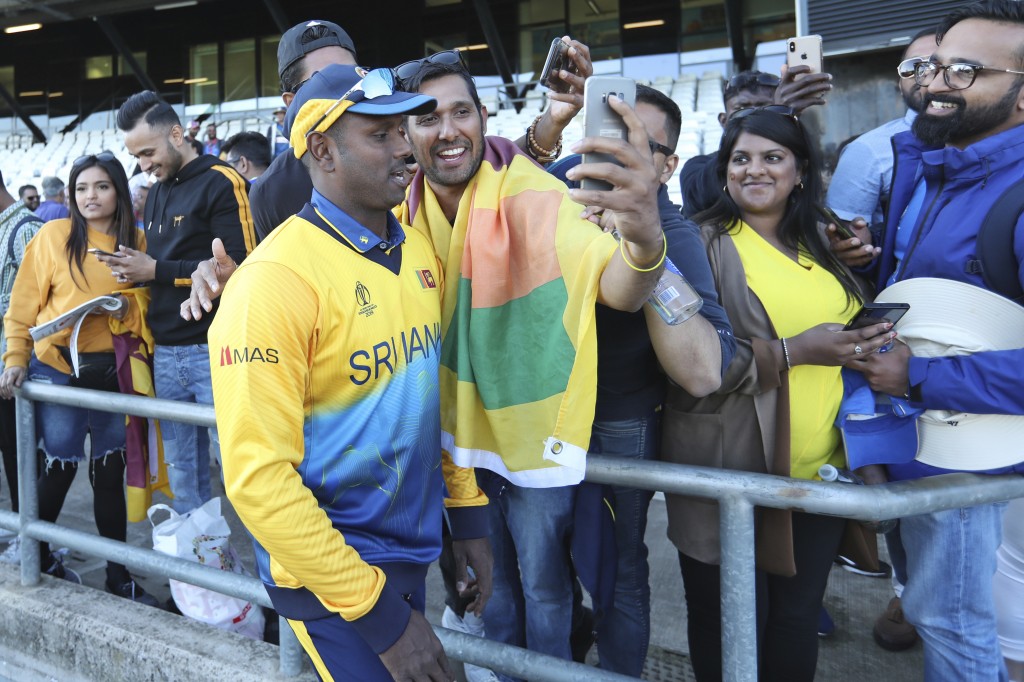 LONDON (AP) — Sri Lanka is aiming to follow its upset win over No. 1-ranked England with a victory over South Africa in Durham on Friday to maintain its chance of reaching the World Cup semifinals.

Sri Lanka's win over England was the start of a sequence of results that removed some predictability in the playoff combination and put pressure on the tournament hosts.

In head-to-head contests, the Sri Lankans have lost 16 of their last 18 one-day internationals against South Africa, including the last five, but are growing in confidence on the back of performances from veterans Lasith Malinga and Angelo Mathews.

South Africa is already out of contention after winning just one of its first seven games at the tournament.

The weather forecast for Durham is for a cloudy start, clearing to sunny in the afternoon.