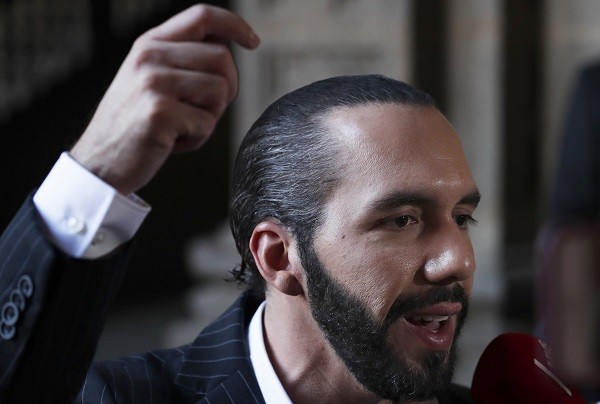 Bukele, who was sworn in as leader of the small Central American country on June 1, said at the conference that El Salvador already has established diplomatic relations with China and that it must "recognize China’s status in the world,” reports Reuters.

China has reportedly offered the El Salvadorian government some NT$4.6 billion (US$150 million) in aid as well as 3,000 tons of rice for Salvadorans affected by drought, Reuters said.

El Salvador ended diplomatic relations with Taiwan last year, much to the ire of the U.S. In doing so it joined neighbors Panama and the Dominican Republic, which broke from Taiwan in 2017 and 2018, respectively.

The move finalizes a switch in loyalties that Bukele's predecessor announced last August. This was despite reports that the agreement was under scrutiny by the incoming administration, said Reuters.

During his visit to Washington D.C. in March, then-President-elect Bukele had strong words for the Chinese government, accusing it of interfering in the affairs of democratic states and creating debt traps by “developing projects that are not feasible … and (using) that as financial leverage.”

The 37-year-old leader also emphasized that the relationship between the two countries should be built on more than just economic interests, The Diplomat reported:

Bukele said the administration seeks to “develop El Salvador wherever we have to look,” through relations with the U.S., China, EU, and elsewhere in the world.