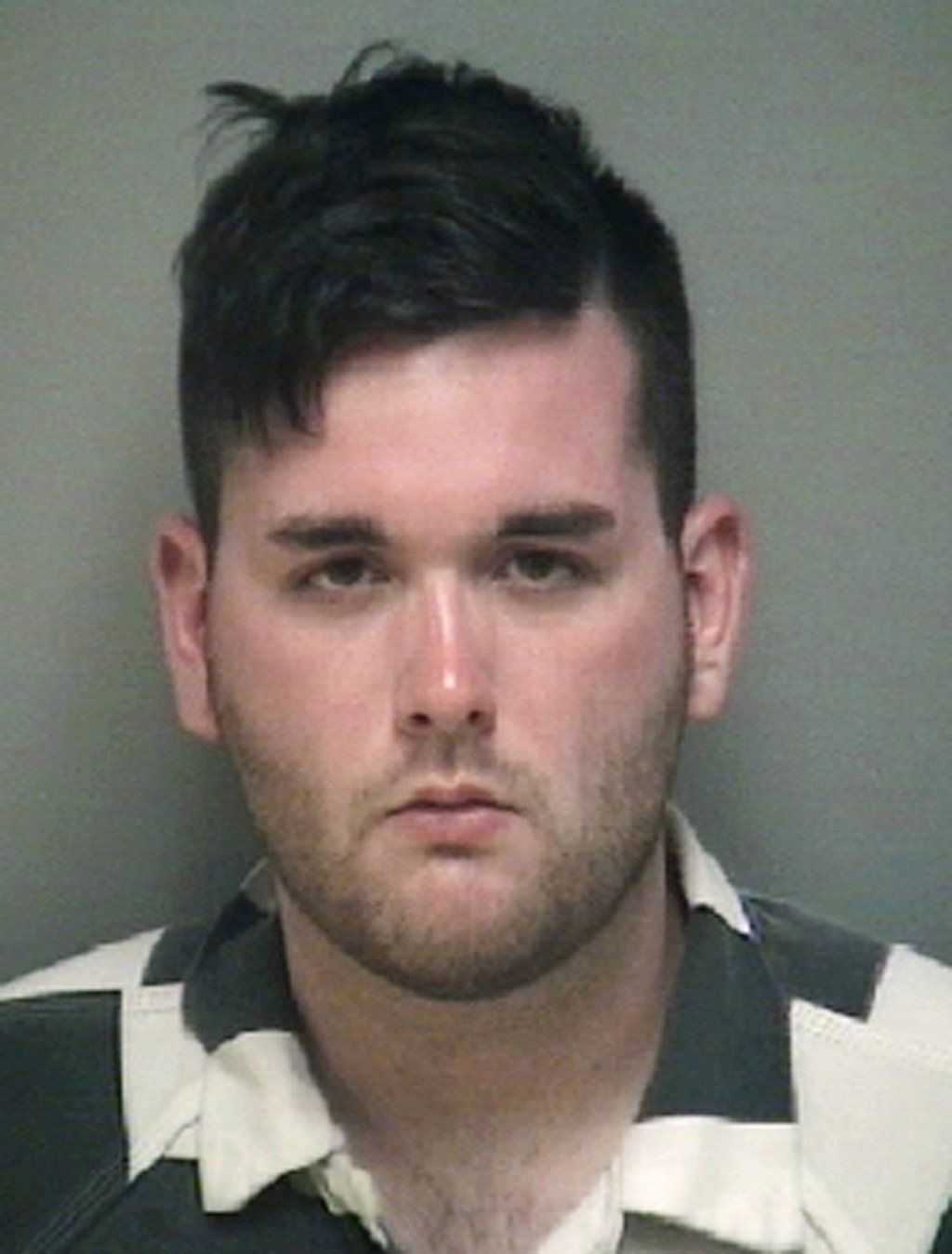 CHARLOTTESVILLE, Va. (AP) — To federal prosecutors, James Alex Fields Jr. is a callous, hate-filled young man who saw a group of people protesting against white nationalists and decided to kill them. But to Fields' lawyers, he is a troubled 22-year-old with a history of mental illness who deserves some measure of leniency.

A federal judge will decide Friday whether Fields should get life in prison or a sentence of something less than that for killing one anti-racism protester and injuring dozens more in 2017 when he deliberately drove his car into the crowd that had gathered to demonstrate against a white nationalist rally in Charlottesville, Virginia.

The case stirred racial tensions around the country.

In March, Fields pleaded guilty to 29 out of 30 federal hate crimes in a plea deal with prosecutors that took a possible death sentence off the table. As part of the agreement, both prosecutors and Fields' lawyers agreed that federal sentencing guidelines call for a life sentence.

"No amount of punishment imposed on James can repair the damage he caused to dozens of innocent people. But this Court should find that retribution has limits," his attorneys wrote.

Even if Urbanski were to hand down a shorter sentence, Fields has almost no hope of ever getting out of prison.

He also faces a separate sentence on state charges for murdering anti-racism protester Heather Heyer and injuring more than 30 others in the incident. A jury has recommended a sentence of life, plus 419 years. A sentencing hearing on the state charges is set for July 15.

Brian Levin, director of the Center for the Study of Hate & Extremism at California State University, San Bernardino, said he believes there is little chance the judge will give Fields anything less than life.

"The bottom line is this is a historically significant act of violence that the government has an obligation to condemn through the strongest punishment possible, and I think the judge is very conscious of the facts and the significance surrounding this terrible case of domestic terrorism," Levin said.

The "Unite the Right" rally on Aug. 12, 2017, drew hundreds of white nationalists to Charlottesville to protest the planned removal of a statue of Confederate Gen. Robert E. Lee. Fields drove from his home in Maumee, Ohio, to attend the rally.

Hundreds of counterprotesters showed up to demonstrate against the white nationalists.

President Donald Trump sparked controversy when he blamed the violence at the rally on "both sides," a statement critics saw as a refusal to condemn racism.

Fields' lawyers are hoping the judge will take into account his troubled childhood and mental health issues when handing down his sentence.

During Fields' state trial, a psychologist testified for the defense that Fields had inexplicable volatile outbursts as a young child, was diagnosed with bipolar disorder at age 6 and was later diagnosed with schizoid personality disorder.

In a sentencing memo, defense attorneys said Fields was raised by a paraplegic single mother and suffered "trauma" knowing that his Jewish grandfather had murdered his grandmother before taking his own life.

Prosecutors, however, said Fields has a long history of racist and anti-Semitic behavior and has shown no remorse for his crimes. They said Fields, a self-avowed white supremacist, admired Adolf Hitler and even kept a picture of the Nazi leader on his bedside table.

Heyer's mother, Susan Bro, said she would like to see Fields imprisoned for life.

"I don't necessarily want to see him out and about again because I think it sends the wrong message," Bro told The Associated Press. "I'm hoping that justice is served, but I'm also hoping he can get some help."