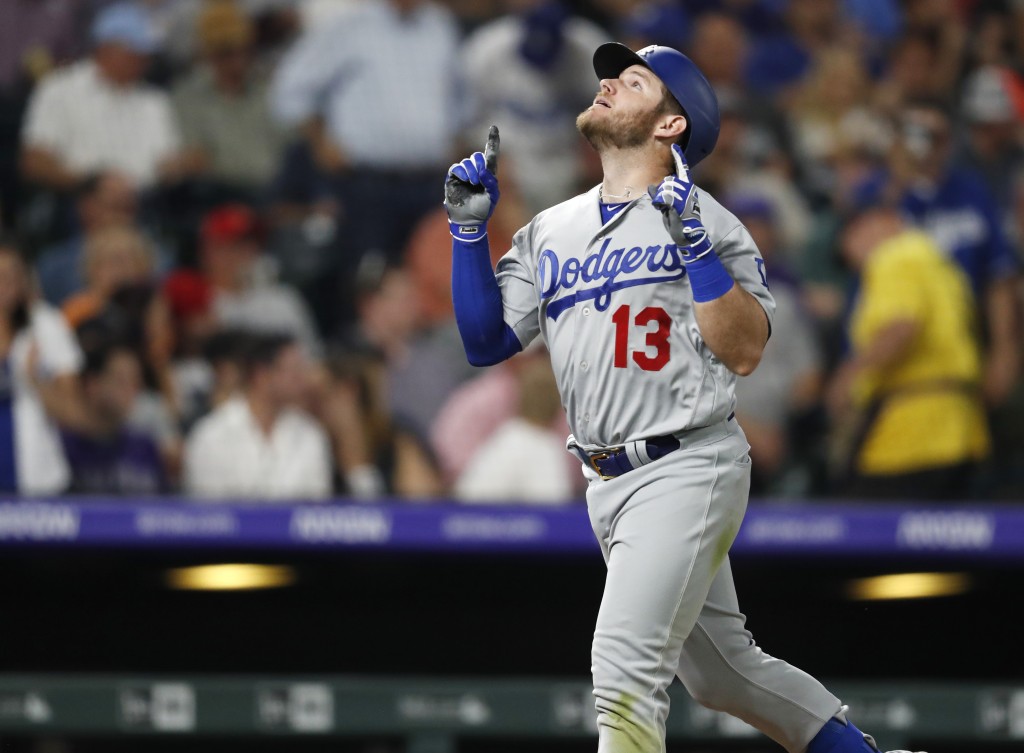 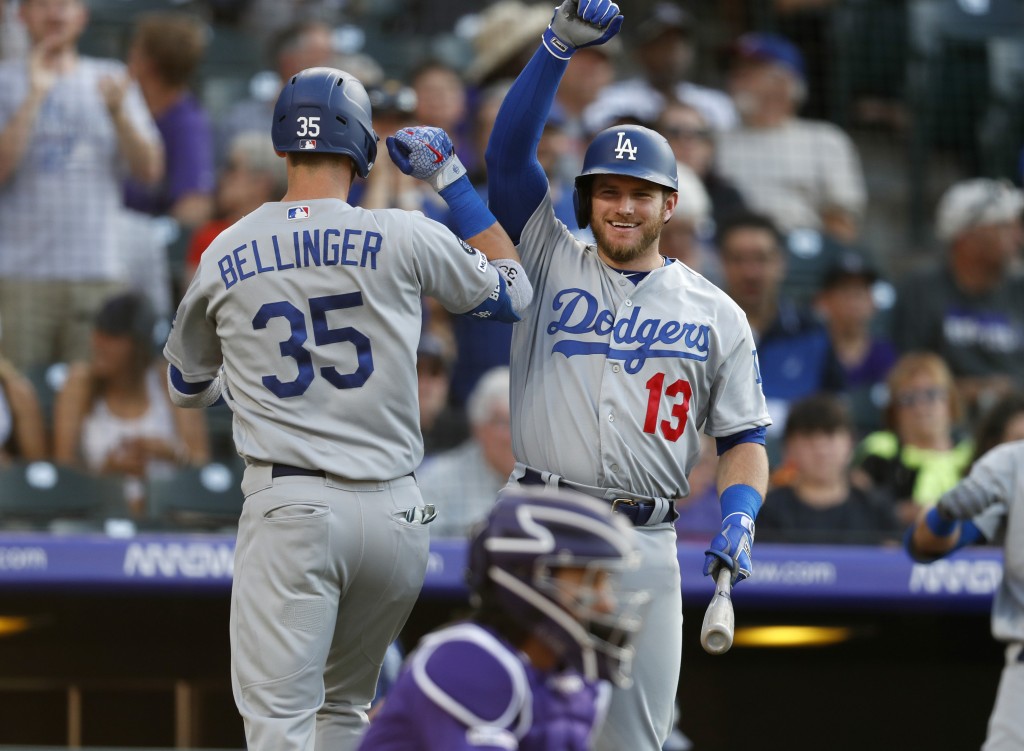 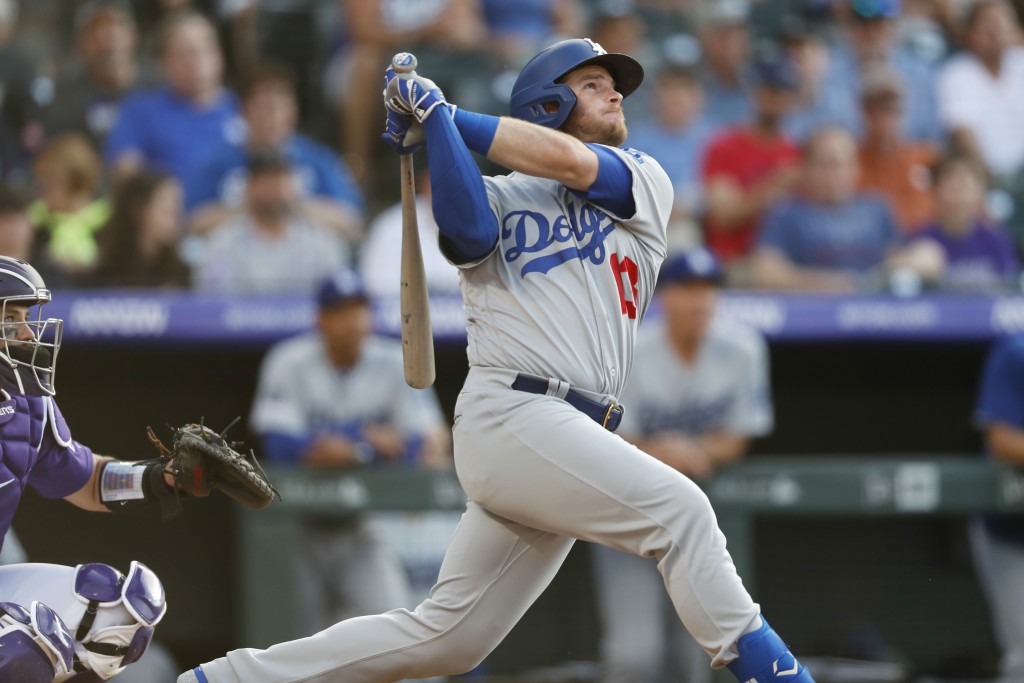 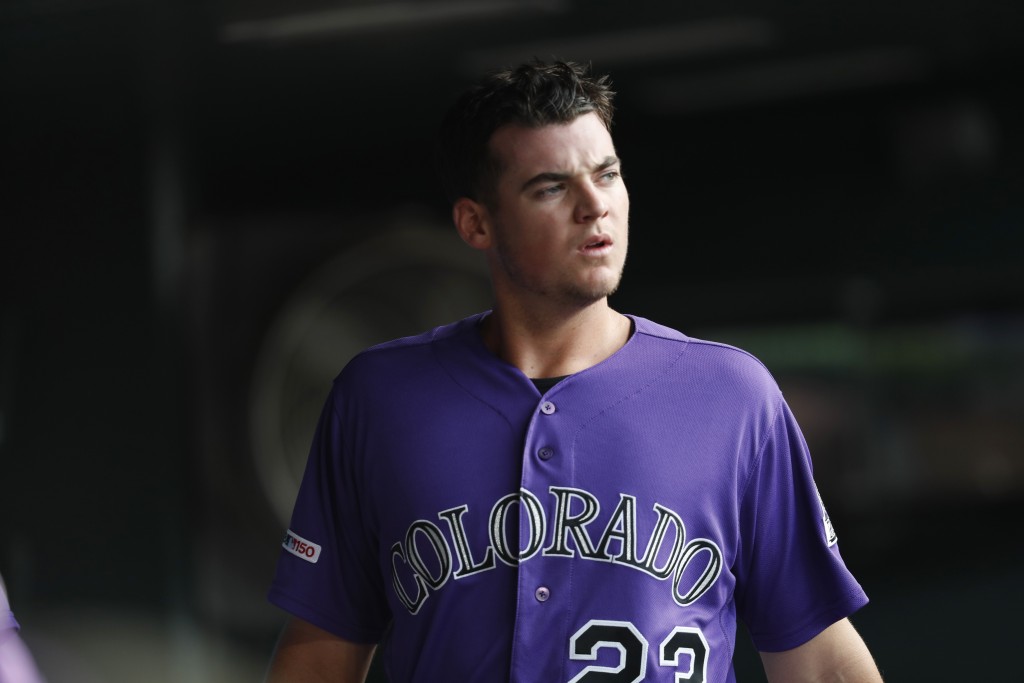 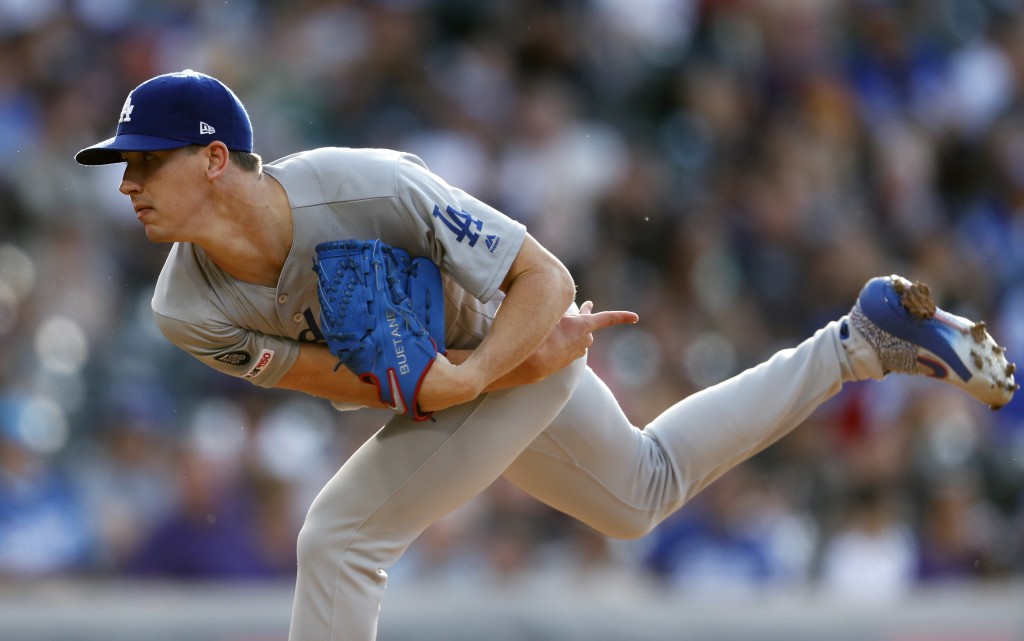 DENVER (AP) — Chris Taylor drove in the go-ahead run with a bloop single as part of a four-run ninth, Max Muncy hit two of Los Angeles' six homers and the Dodgers won their 12th straight over Colorado by beating the Rockies 12-8 on Thursday night.

It was another late-inning win over the Rockies for the Dodgers, who also got a three-run homer from pinch-hitter Kike Hernandez in the ninth. Los Angeles won three straight home games against Colorado last weekend — all in walk-off fashion.

Taylor delivered his fourth hit of the game, a one-out single off Wade Davis (1-3) that dropped over the head of first baseman Daniel Murphy.

Pedro Baez (3-2) pitched a scoreless eighth to earn the win. Kenley Jansen struck out Garrett Hampson to end the game with two on in a non-save situation.

The baseball was flying around Coors Field, with the teams combining for 33 hits in the first of a four-game set. In the last series at the hitter-friendly park, the Padres and Rockies set a modern-era record by combining for 92 runs in a four-game series.

Muncy had a two-run homer in the seventh and a solo shot in the second, one pitch after Cody Bellinger homered. Alex Verdugo and Justin Turner had back-to-back homers in the fifth.

This marks the second-longest losing streak to one team in Rockies history. Colorado dropped 16 straight to Atlanta from 1993-94.

Charlie Blackmon finished a homer shy of the cycle. Ryan McMahon hit a solo shot in the seventh.

Lately, everything seems to be going Bellinger's way at the plate. His 27th homer of the season popped out of the glove of center fielder David Dahl and over the fence. Bellinger is one away from matching the Dodgers' record for most homers before the All-Star break, which is held by Gil Hodges (1951) and Duke Snider (1955).

This was a much different performance than a week ago against Colorado when he threw a complete-game masterpiece. In that contest at Dodger Stadium, he scattered three hits and struck out 16 batters.

Dodgers: OF A.J. Pollock was transferred to the 60-day injured list. He's been out since April 30 due to right elbow inflammation.

Before the game, the Dodgers recalled infielder Edwin Rios from Triple-A Oklahoma City. He made his major league debut as a pinch hitter in the seventh and grounded out. ... In batting practice, Muncy hit a homer that landed over the third deck in right. ... Rockies starter Peter Lambert went 4 2/3 innings and allowed five runs.

For the second straight game, Rockies manager Bud Black elected to bat the pitcher at No. 8 in the lineup. It paid off in the second with Lambert lining a single and No. 9 hitter Hampson hitting a two-run triple.

"It makes a little bit of sense as far as if you look at the lineup from a circular perspective," Black explained. "It's the circle that goes around."

Rockies third baseman Nolan Arenado handles one-liners almost as easily as one-hoppers. He was playfully asked which one would mean more to him — the All-Star nod or taking a series from the Dodgers.

"Hey, I made the All-Star team. You can't take that one back one," cracked Arenado, who earned his fifth All-Star selection. "But definitely I want to win the series."

Dodgers lefty Hyun-Jin Ryu (9-1, 1.27 ERA) has made 13 quality starts in 15 outings heading into the game Friday against Colorado. The Rockies will throw right-hander Antonio Senzatela (6-5, 4.91).