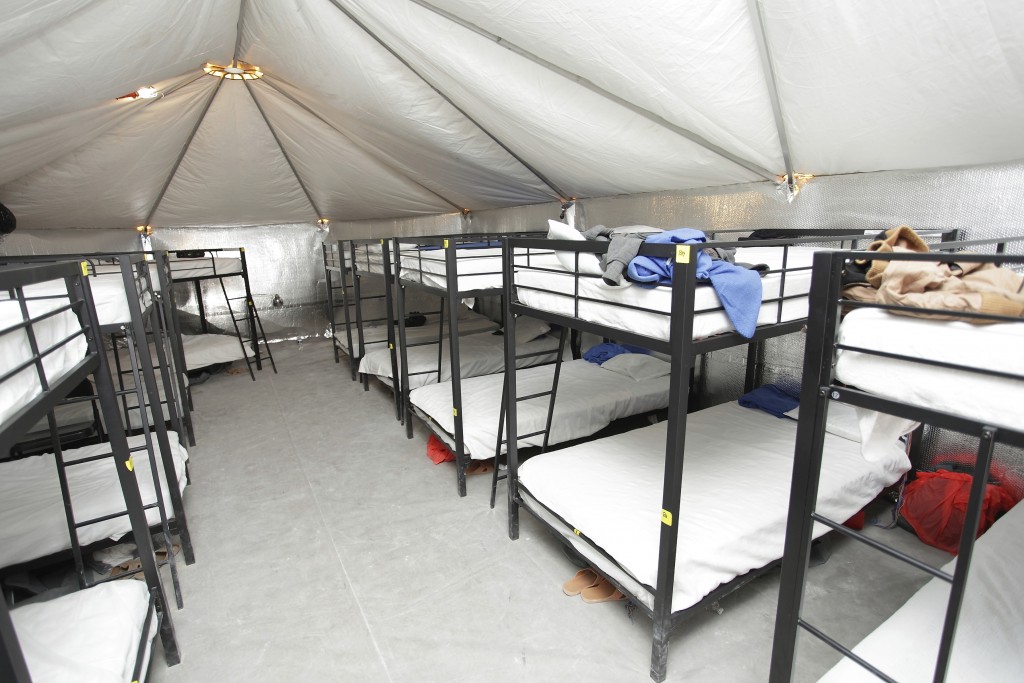 The number of families and children who travel unaccompanied spiked tremendously over the last two years. Border Patrol's 400-person capacity building in Yuma is regularly overcrowded as agents struggle to process the large number of people. Most are Central American and many are asylum seekers.

Nearly 11,000 families and 6,000 unaccompanied kids have crossed the Yuma sector since October, making it the third-busiest area in the Southwest.

Construction on the new 500-person tent facility began about two weeks ago.

Journalists are scheduled to tour it Friday morning, before anyone is placed there. The Border Patrol says it will start placing families there on Friday night.