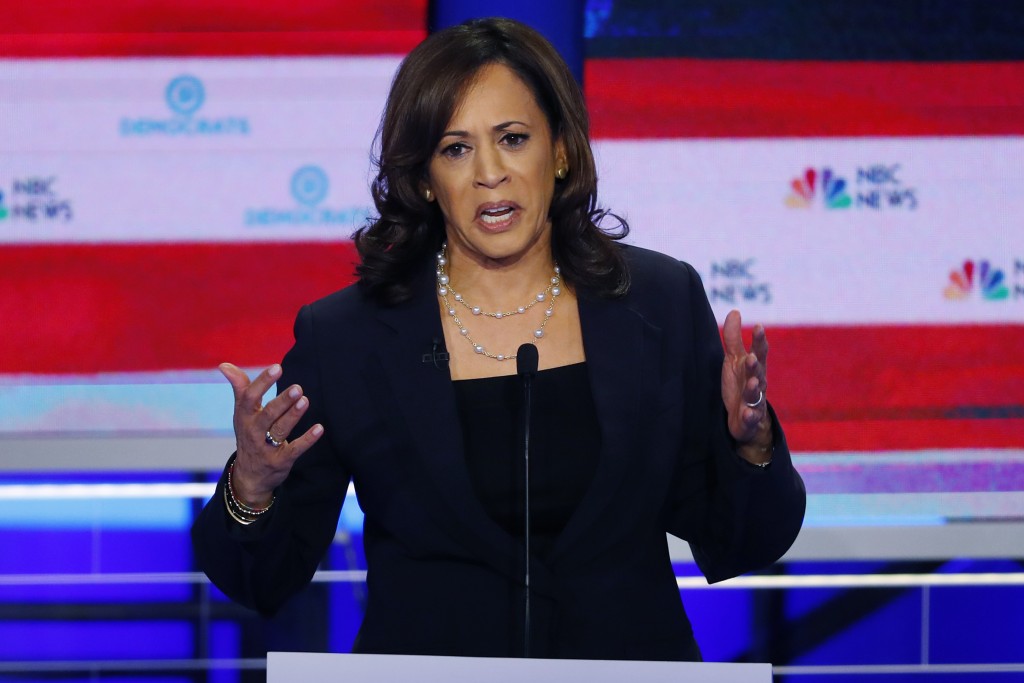 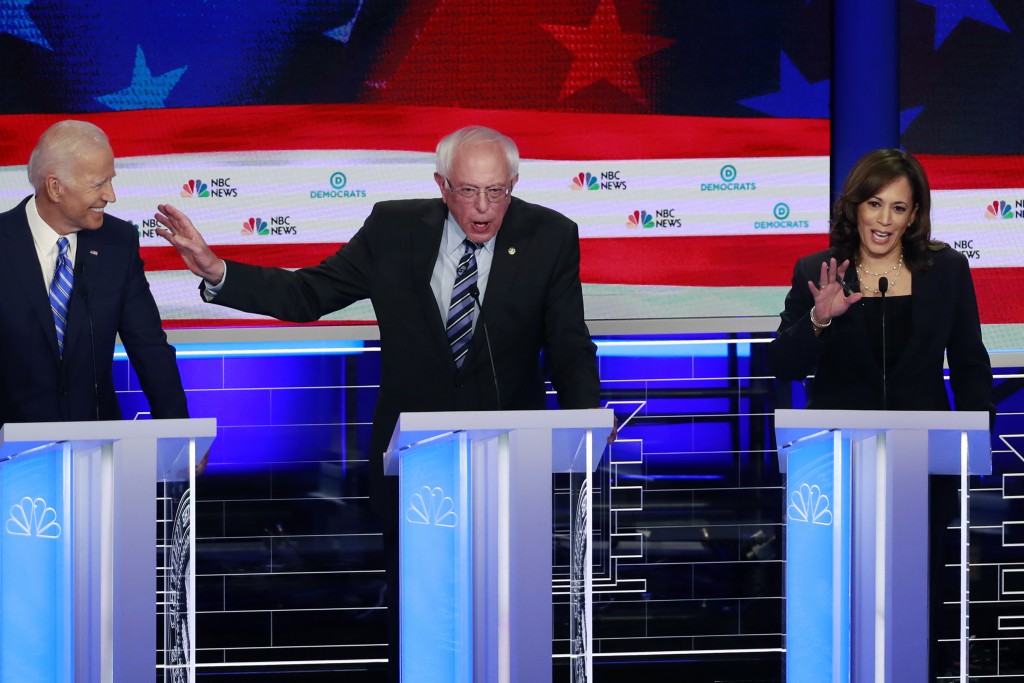 WASHINGTON (AP) — Kamala Harris spoke slowly but bluntly as she stared at Joe Biden, then began treating him as a hostile witness.

The former federal prosecutor turned California senator started by saying she didn't think the former vice president "was a racist."

But she criticized him for recently "defending segregationists" in the Senate and for once opposing mandatory busing of students to desegregated public schools.

Harris described a young girl in the 1970s who boarded such buses before dramatically offering, "That little girl was me."

The moment was as powerful as it was unexpected.

Biden entered back-to-back nights of presidential debates in Miami as the leading Democratic candidate. Harris showed promise but had not made much of a mark lately.

That all changed Thursday.