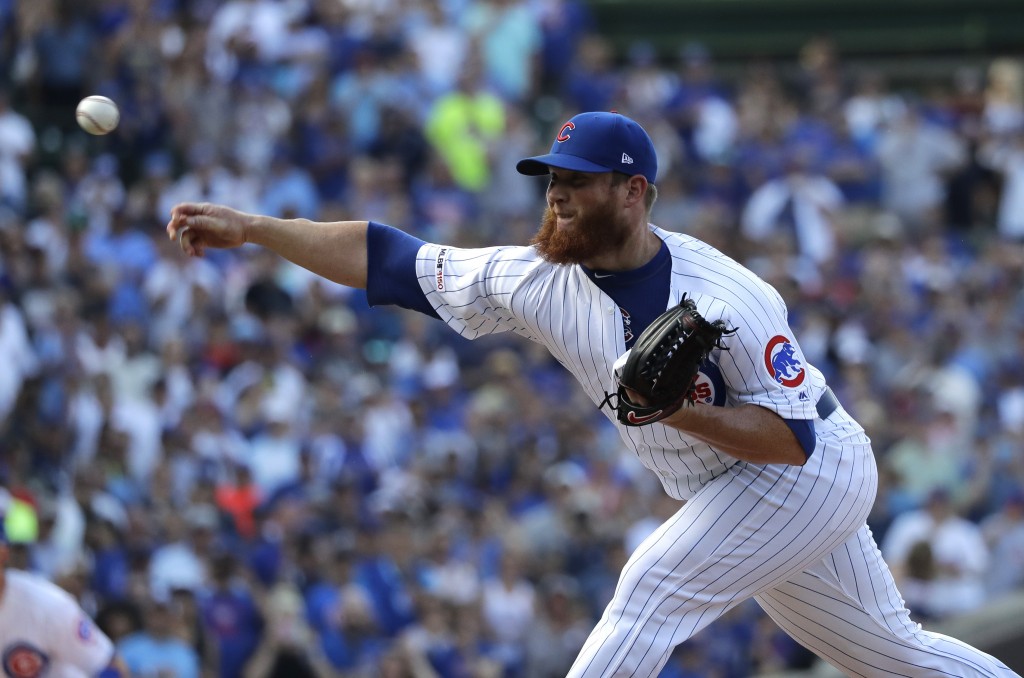 Craig Kimbrel got a little help settling in at Wrigley Field, and now he and the Chicago Cubs are hitting the road. Kimbrel got the save in his season debut Thursday, but only after Anthony Rizzo dived to tag first base for the final out when Kimbrel forgot to cover the bag. Kimbrel was brought up from Triple-A earlier in the day, feeling sufficiently tuned up after signing a $43 million, three-year contract June 7. The Cubs are set to open a series at Cincinnati, with left-hander Cole Hamels (6-2, 2.92) facing righty Sonny Gray (3-5, 4.03).

Jacob deGrom tries to get the Mets right after a miserable road trip. New York dropped 8 of 11 games, including the last five, during a swing through Atlanta, Chicago and Philadelphia. The trip included a jarring incident between manager Mickey Callaway, pitcher Jason Vargas and a reporter, and it ended with two straight walk-off losses. The club comes home to face the Braves and budding ace Mike Soroka (8-1, 2.07).

Mike Clevinger is set to come back off the injured list for Cleveland to start against Baltimore. Clevinger missed two months with a strained back muscle, returned June 17 and promptly sprained his ankle, landing back on the IL after 4 2/3 tough innings. Despite the injuries, his stuff has been excellent when he's pitched — he had 29 strikeouts in 16 2/3 innings this season. John Means (6-4, 2.67) is up for the Orioles.

Nationals right-hander Anibal Sanchez (3-6, 4.02) returns to Detroit to face the Tigers in the opener of a three-game series. From 2012 to 2017, Sanchez was 46-49 with a 4.43 ERA for the Tigers. Washington has won 8 of 10 and is coming off a three-game sweep over Miami capped by homers from young outfielders Juan Soto and Victor Robles.