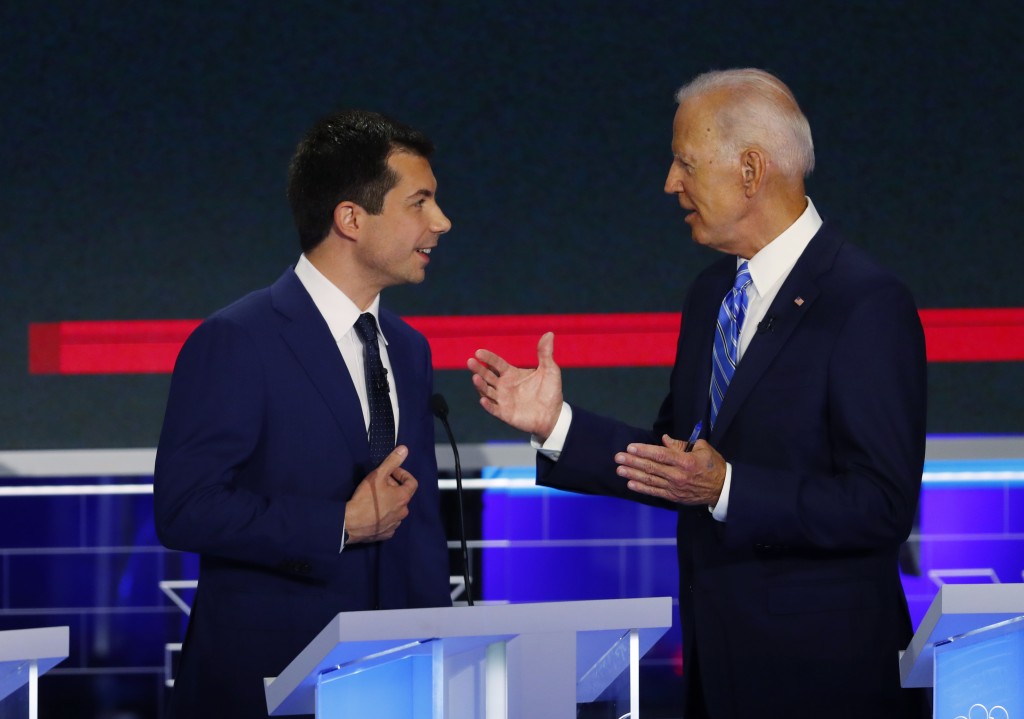 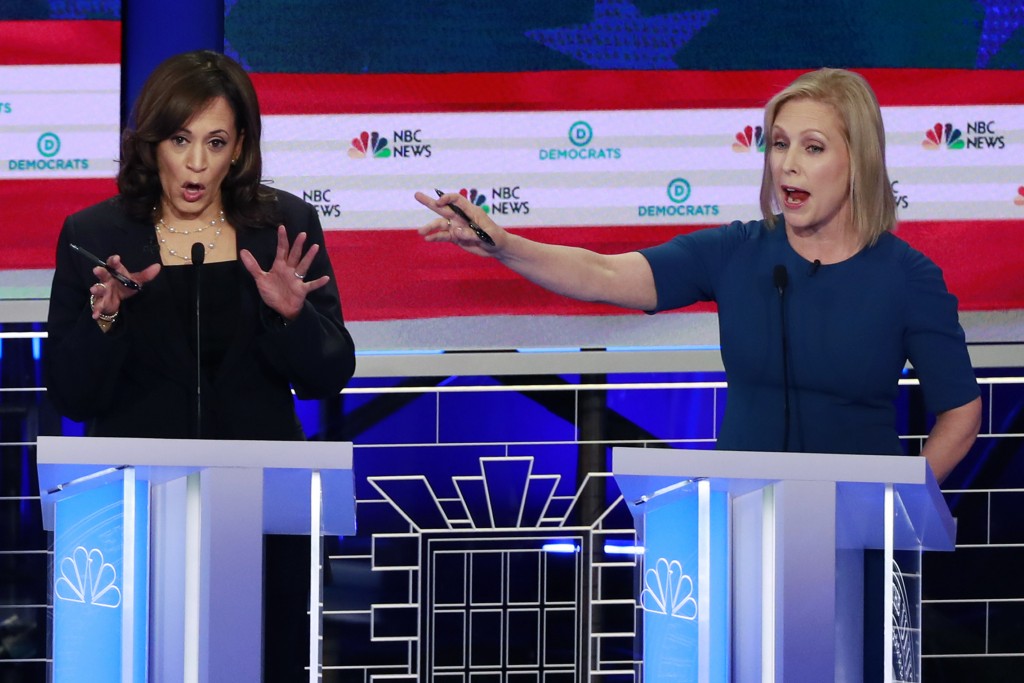 MIAMI (AP) — The roster for Thursday night's Democratic presidential debate demonstrated some of the party's major divisions — even before the candidates started talking.

Former Vice President Joe Biden entered Thursday's debate with the most to lose. In one powerful moment, it did not go well. Kamala Harris of California, a former prosecutor, invoked race and identity, challenging Biden to apologize for working with segregationist senators and for opposing aspects of school busing in the 1970s.

Biden did not apologize, and Harris then made it personal, saying she benefited from busing as a young girl in California.

Throughout the debate, Biden had a mostly subdued presence and did little to draw bright distinctions between his policies and those of top-tier challengers like Harris and Sen. Bernie Sanders of Vermont.

His high points were his invocations of his alliance with President Barack Obama and his record on getting tough legislation on guns passed.

During Wednesday's debate, candidates generally shied away from talking about President Donald Trump. On Thursday they came out swinging.

But no one struck harder than Sanders, who called Trump a fraud and a "pathological liar."

The more prominent candidates want to demonstrate they can take on Trump directly — an essential criterion for many Democratic voters.

Generational appeals have been an animating force in presidential politics as voters often embrace a call for change — think Bill Clinton in 1992 and Barack Obama in 2008.

Pete Buttigieg, the 37-year-old mayor of South Bend, Indiana, tried to make the case that he should be next. The contrast between him and two of the leading contenders, Biden and Sanders, both in their late 70s, is dramatic.

California Rep. Eric Swalwell, 38, recalled how Biden said decades ago it was time to pass the torch to a new generation. Swalwell said Biden should now hand it off.

Sanders tried to make the case that ideas matter more than age, and his ideas would benefit younger Americans.

But Buttigieg isn't short on ideas of his own. He has tried to make the case for a health care plan that stops well short of Sanders' "Medicare for All." He has argued for a dramatic reversal of President Donald Trump's immigration policy. And while calling for student debt restructuring, he has also pushed the party to focus on young adults who have not gone to college.

LEAPING OVER THE GENDER GAP

For the second time in history, more than one woman appeared on a presidential debate stage — and they did not hesitate to venture into the raucous crosstalk.

Rather than waiting for their turn to speak, Harris and Sen. Kirsten Gillibrand of New York repeatedly made their voices heard, even when they were not asked to respond by a moderator.

Gillibrand cut off Colorado Sen. Michael Bennet to make a point and gave a fiery defense of women's reproductive rights.

Discussing immigration, Harris said, "I will ensure that this microphone that the president of the United States holds in her hand is used in a way that is about reflecting the values of our country and not about locking children up, separating them from their parents."

The crowded stage also included Marianne Williamson, a bestselling spiritual author, and Andrew Yang, a technology entrepreneur — two fringe candidates who have built enough of a following to make the debate. But their performance showed why they remain on the fringes.

Yang talked in a rapid monotone about his plan for the government to pay every U.S. resident $1,000 a month. But he rarely engaged in the rest of the debate.

Williamson inserted herself into some discussions. But she rambled, usually tapering off mid-idea after introducing non sequiturs — for example, bringing the 1969 moon landing into an argument about climate change and generational differences.

Neither candidate seemed to increase his or her reach.