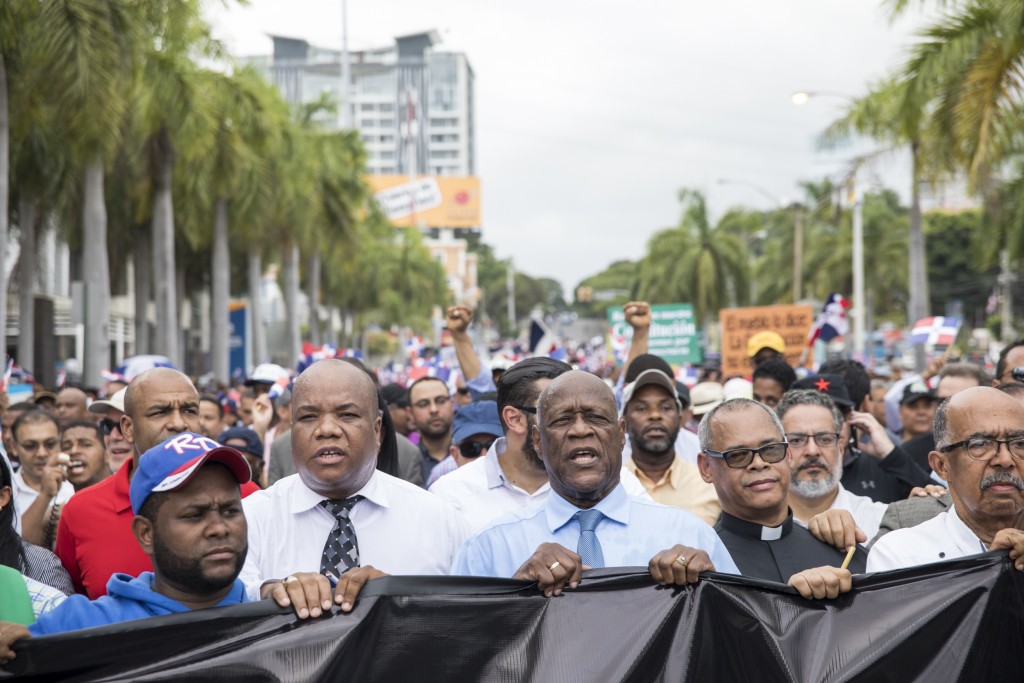 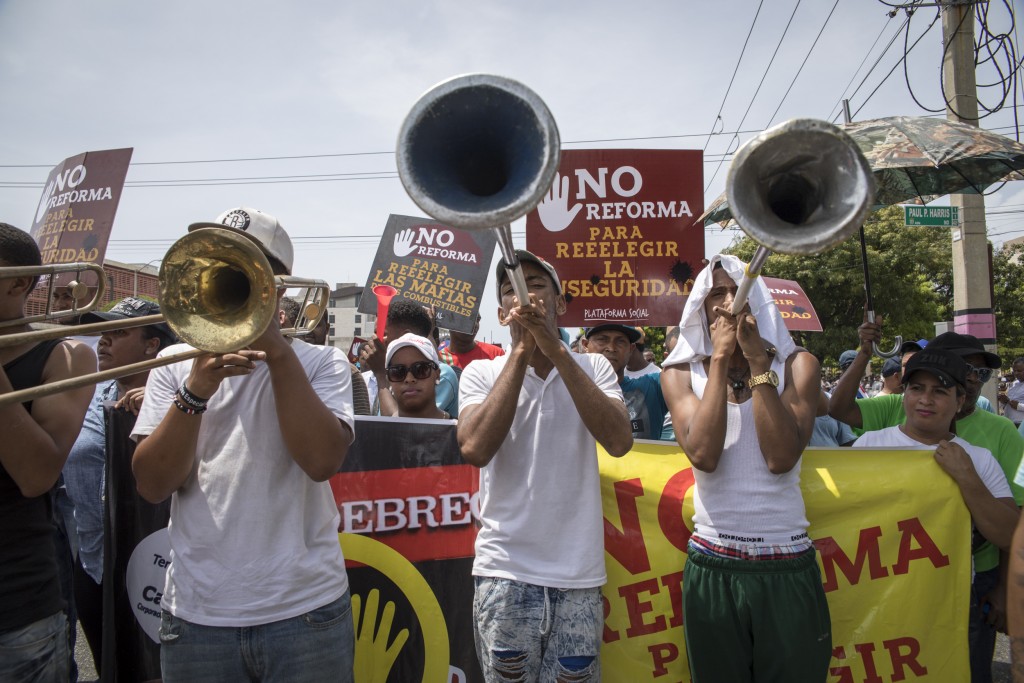 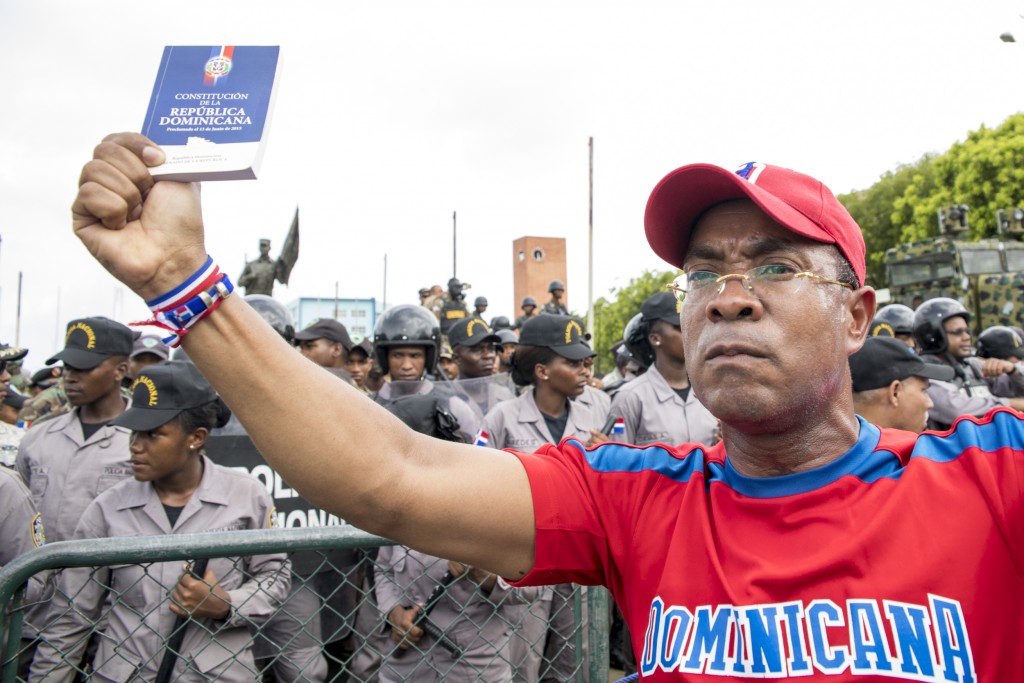 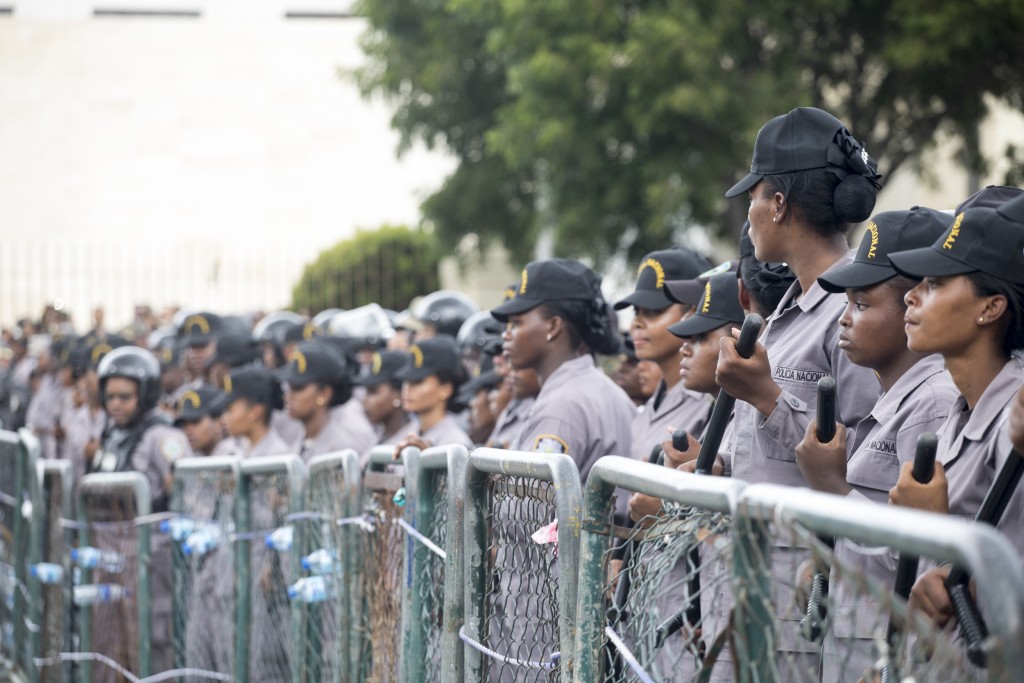 SANTO DOMINGO, Dominican Republic (AP) — A proposal in the Dominican Republic that would amend the constitution to allow President Danilo Medina to run for a third term in office has sparked protests among opposition lawmakers and critics.

The amendment would let Medina to stay in office until 2024 if re-elected and could be introduced in upcoming days, with legislators saying they are finalizing the proposal.

Medina, 67, won a close election in 2012 and was re-elected by a wider margin in 2016 after his supporters amended the constitution to allow successive presidential terms. Until 2002, presidents in the Dominican Republic were only allowed to serve four years in office.

Gonzalo Castillo, minister of public works, said he supports the proposal because he believes Medina would maintain the country's economic stability as well as generate more jobs and wealth.

"In the end, it symbolizes what's best for our nation," he said.

But the amendment has spurred worry that the Caribbean country may be backsliding on a young democracy that only emerged from decades of brutal dictatorship.

Rafael Leónidas Trujillo, who ruled the Dominican Republic from 1930 to 1961, was known as one of the most repressive dictators in 20th century Latin America and viewed to be responsible for the massacres of Haitian immigrants and assassinations of political opponents.

A group of opposition legislators and their supporters tried to set up a protest camp outside the legislature on Wednesday but were dispersed by soldiers firing tear gas in what some said was another worrying sign for the nation's democratic institutions.

Many of those opposing the measure are supporters of former president Leonel Fernández, who aspires to once again lead the country.

Pablo César García, a 27-year-old aviation technician, is among those who oppose the proposal.

"It's best to end it after two consecutive terms," he said. "Eight years is plenty of time to do important things for a nation as president."

Medina has remained silent on whether he would actually run again for office, but his most prominent backers have heavily promoted the idea in public events and statements to the press.

The Dominican Republic's two main political parties will hold primaries in October to choose presidential, congressional and municipal candidates ahead of general elections in 2020.