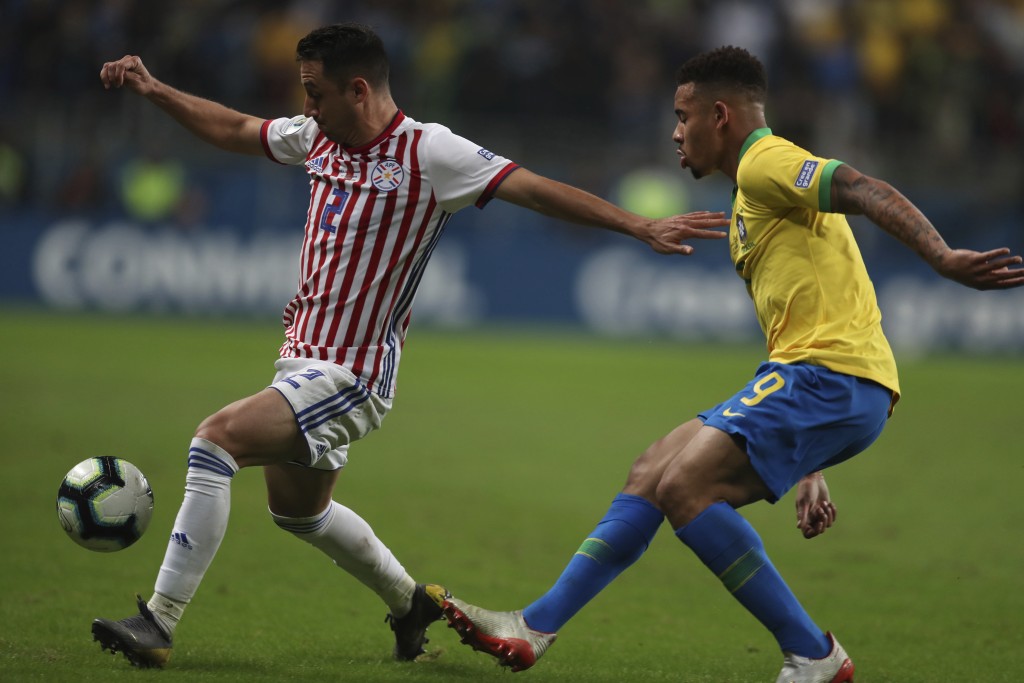 CONMEBOL informed the Brazilian soccer confederation on Thursday that it was being fined over the chants during Brazil's 3-0 win against Bolivia.

More of those chants were also heard on Thursday during Brazil's quarterfinal match against Paraguay at the Arena do Gremio in Porto Alegre.

Homophobic chants were overlooked in South America until recently. They usually take place when the visiting goalkeeper runs to take a goal kick.

Also, Uruguay was fined in $10,000 for delaying its return to the pitch after the halftime break in a 2-2 draw with Japan.