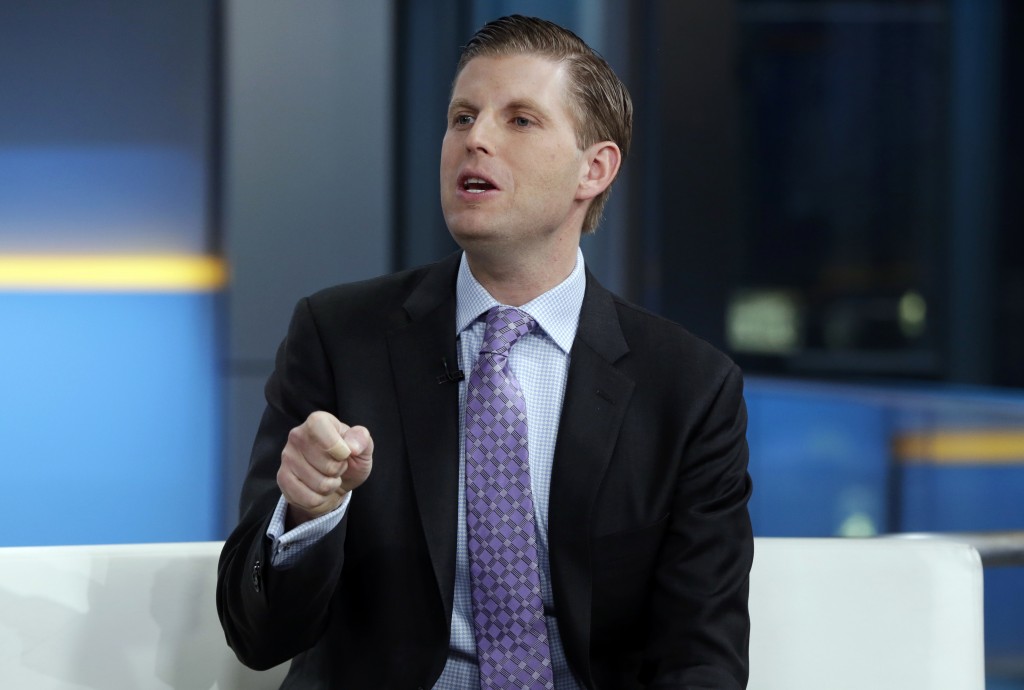 Lightfoot said Thursday she had spoken to Trump, the son of Republican President Donald Trump, and that it was "very gracious of him" not to press charges after the incident Tuesday night at The Aviary in Chicago's trendy West Loop area.

Eric Trump has said the U.S. Secret Service took the employee into custody. The worker has been placed on leave.

Lighfoot said during a news conference that the incident was "repugnant" and that "you cross the line when you assault someone. ... No one deserves that. No one."

Eric Trump told Breitbart News in a telephone interview that it was "purely a disgusting act by somebody who clearly has emotional problems."