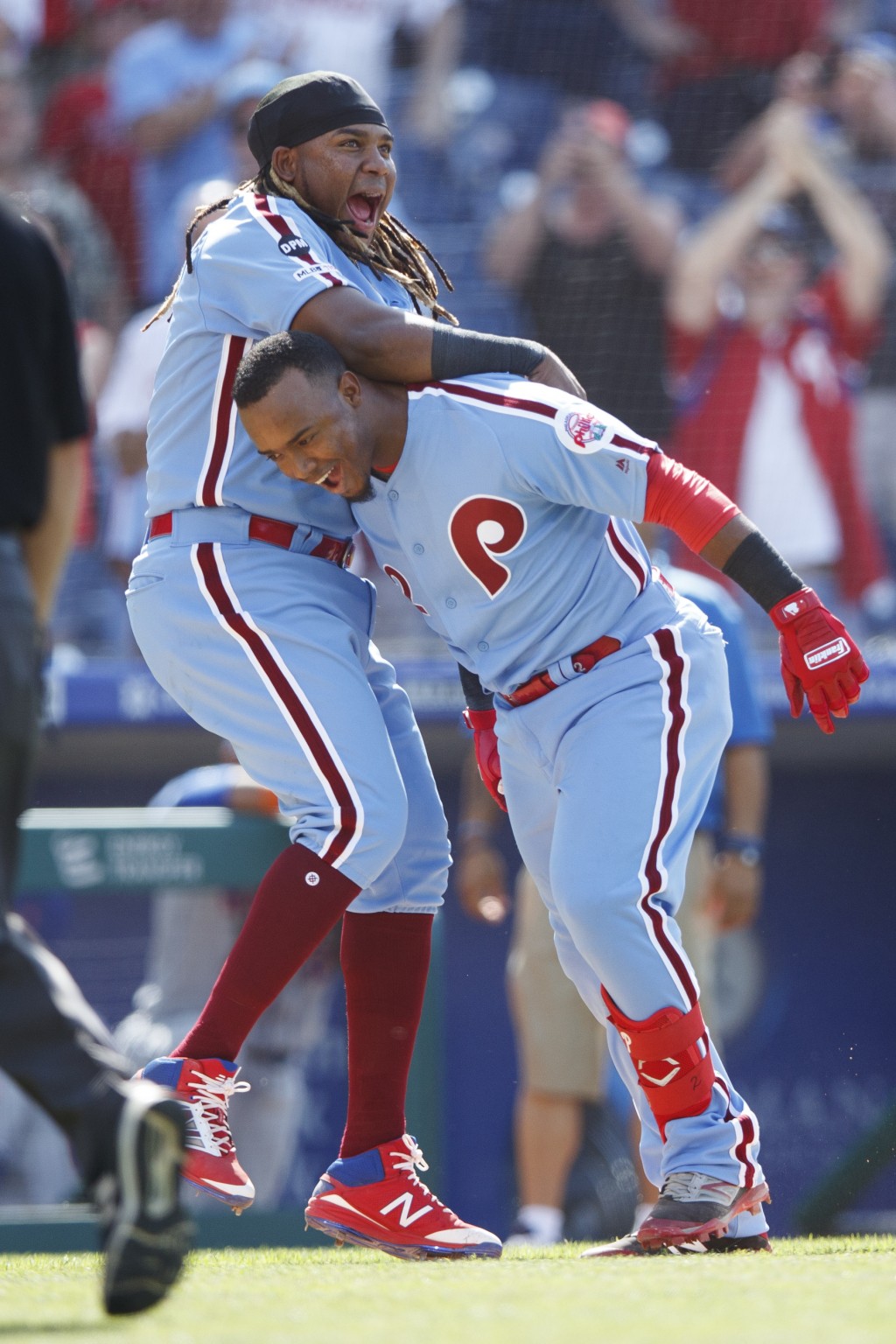 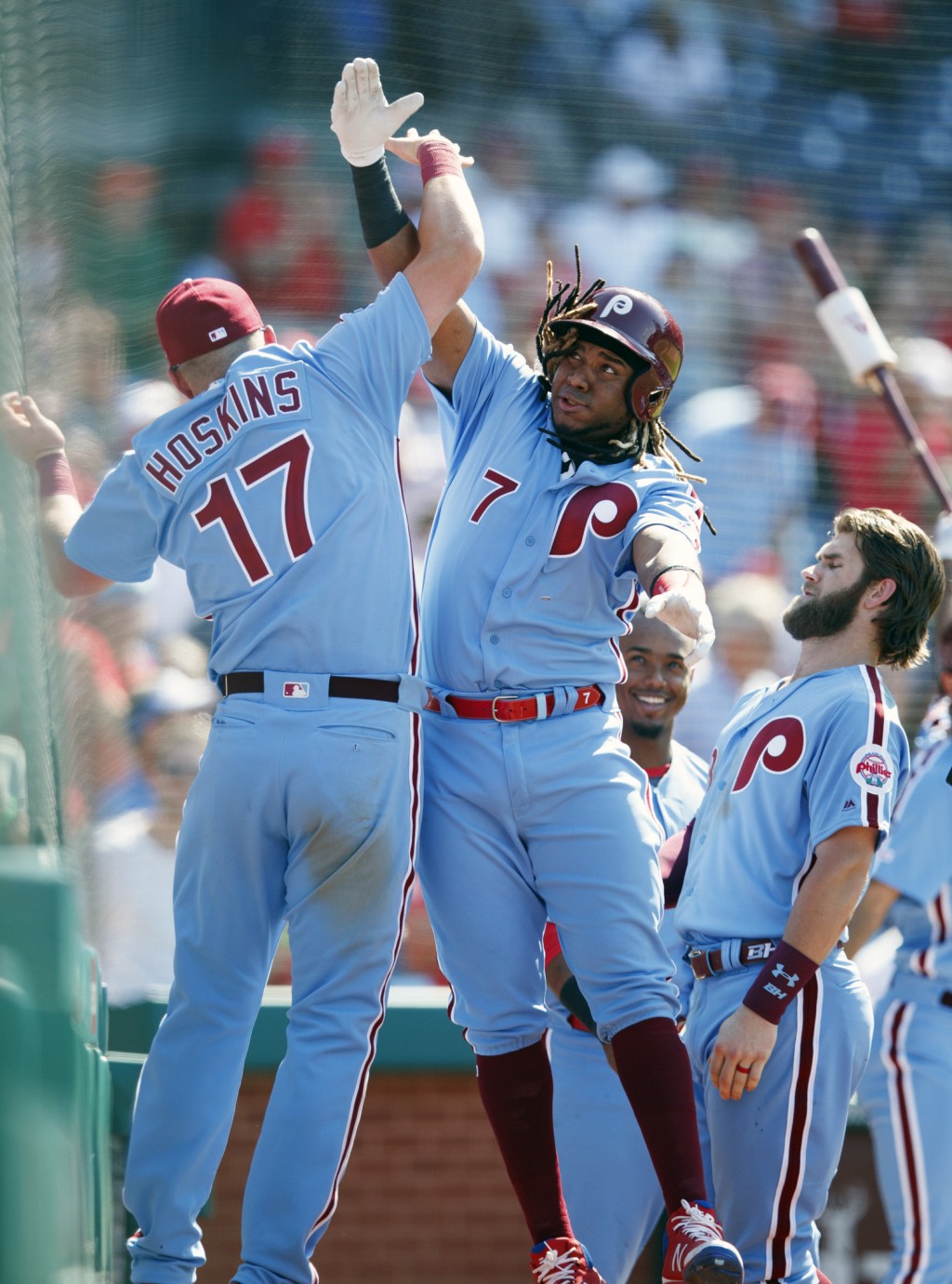 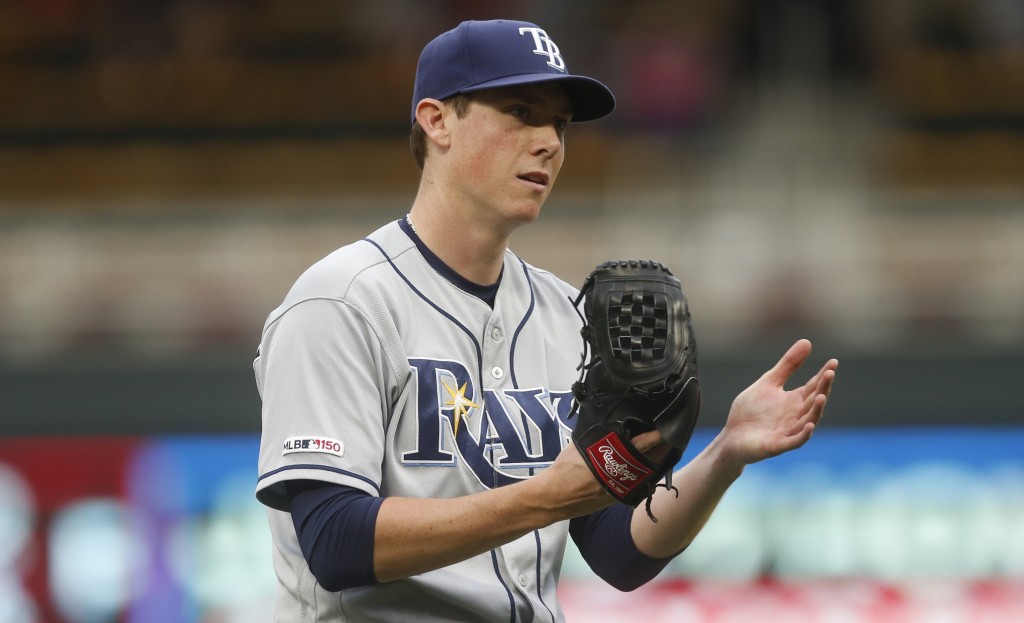 Jean Segura hit a three-run, walk-off homer against Edwin Díaz moments after Maikel Franco hit a tying, two run shot against the closer in the bottom of the ninth inning, and Philadelphia Phillies beat the New York Mets 6-3 Thursday to complete a four-game sweep.

New York's Todd Frazier hit a go-ahead, two-run homer off Hector Neris with one out in the ninth, but the Phillies rallied in the bottom of the inning — their fourth straight win since utility man Brad Miller brought a bamboo plant into the clubhouse as a good-luck charm.

Díaz (1-5) walked Cesar Hernandez to start, and Franco followed with his third homer of the series. He hit go-ahead, two-run homers in each of the first two games. Pinch-hitter Sean Rodriguez walked with one out and advanced to second on Scott Kingery's hard-hit, bad-hop single off Frazier's glove at third.

Segura then slammed his 10th homer into the seats in left. He leaped on his way down the first base line and got mobbed by teammates after circling the bases.

MINNEAPOLIS (AP) — Yandy Díaz hit a sacrifice fly for Tampa Bay in the 18th inning to break a tie that lasted since the second, and the Rays finally pulled away from Minnesota to avoid being swept in a series by the Twins for the first time in 13 years.

Ryan Yarbrough (7-3), the eighth reliever and the 22nd player used by the Rays during the game that lasted 5:42 after rain delayed the first pitch by 57 minutes, threw three scoreless innings for the victory.

After the first eight relievers for the Twins allowed just two hits over a combined 10 innings, Ryne Harper (3-1) faltered in the 18th while pitching for the third straight game and the sixth time in the past 10 days.

CHICAGO (AP) — Craig Kimbrel dodged trouble for a save in his season debut when new teammate Anthony Rizzo dived into first base for the final out, and Chicago rallied from five runs down to beat Atlanta.

Called up from Triple-A earlier in the day, Kimbrel struck out Brian McCann looking and induced a groundout from Johan Camargo to start the ninth inning. Ronald Acuña Jr. then doubled into Wrigley Field's ivy, and Dansby Swanson walked on four pitches. Freddie Freeman grounded sharply down the first base line, and Rizzo fielded and had to dive for the bag to beat Freeman.

Kimbrel earn his 334th career save and did it against his original team. The Cubs finalized a $43 million, three-year contract with 31-year-old free agent on June 7, then sent the right-hander to the minors to get himself ready.

Victor Caratini's two-run homer capped the Cubs' four-run fifth inning that put them ahead for good. Kyle Schwarber also went deep for the Chicago, which got three RBIs from Jason Heyward on a warm day at Wrigley Field with steady wind blowing out to left.

MILWAUKEE (AP) — Orlando Arcia hit a three-run homer and Milwaukee avoided a three-game sweep with a win over Seattle.

Chase Anderson (4-2) bounced back after he allowed six runs in his previous start. Anderson allowed two runs, one earned, and struck out six in 5 1/3 innings.

He also kicked off a four-run fourth inning with an RBI sac bunt with the bases loaded. Arcia followed and slammed Mike Leake's next pitch to right for a three-run homer before Leake retired Yasmani Grandal to end the inning.

Leake (7-7) allowed four runs, eight hits and a walk while striking out five over six innings.

Josh Hader earned his 19th save of the season, striking out three batters over two scoreless innings.

HOUSTON (AP) — Josh Bell homered for the second straight game as one of five home runs by Pittsburgh as the Pirates routed the Houston Astros for the second game.

The Pirates picked up where they left off in Wednesday night's 14-2 rout of Houston when Newman sent Brad Peacock's first pitch of the game into the seats in left field for his first career leadoff homer. He has a career-long 17-game hitting streak, which is the longest active streak in the majors.

Houston starter Brad Peacock (6-6) allowed six runs in three innings, a game after Framber Valdez also made an early exit after the Pirates jumped on him for six runs through the first three.

Gallo led off the second inning by driving Spencer Turnbull's pitch deep into the right-field seats. With two outs in the fourth inning, Gallo lined Nick Ramirez's pitch over the left-field wall. Gallo has 19 homers on the season.

It was Gallo's eighth multi-homer game and his first since Aug. 8, 2018, against the Seattle Mariners.

The Tigers have lost seven in a row overall, as well as their past seven home games.

Jurado (5-3) allowed six hits as he improved to 4-1 as a starter this season. He struck out four and walked just one. Jurado has won four of his past five decisions.