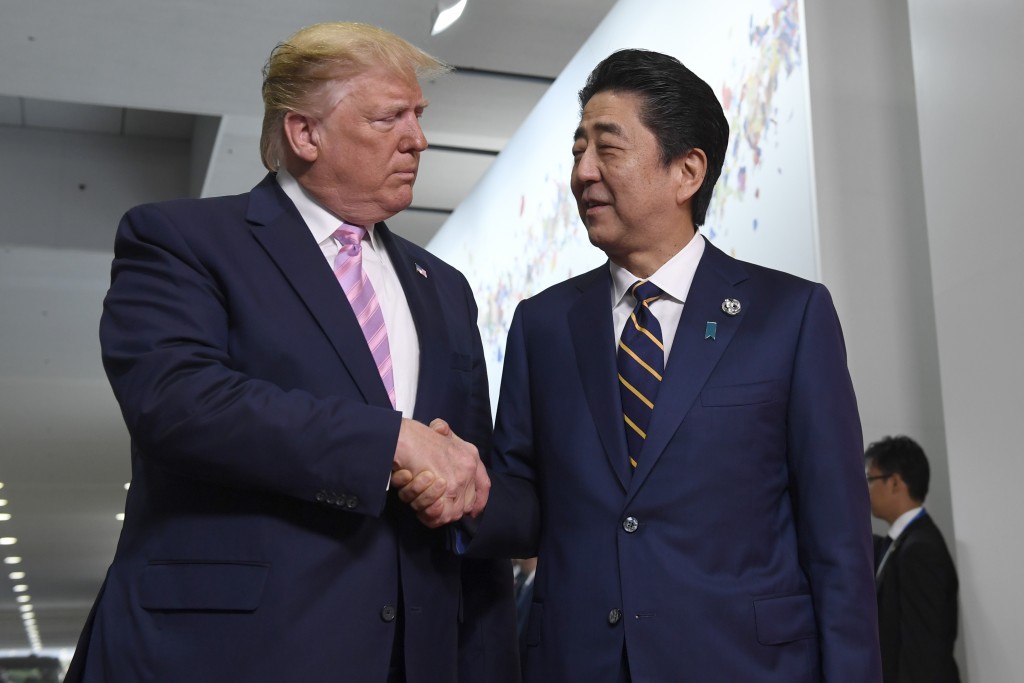 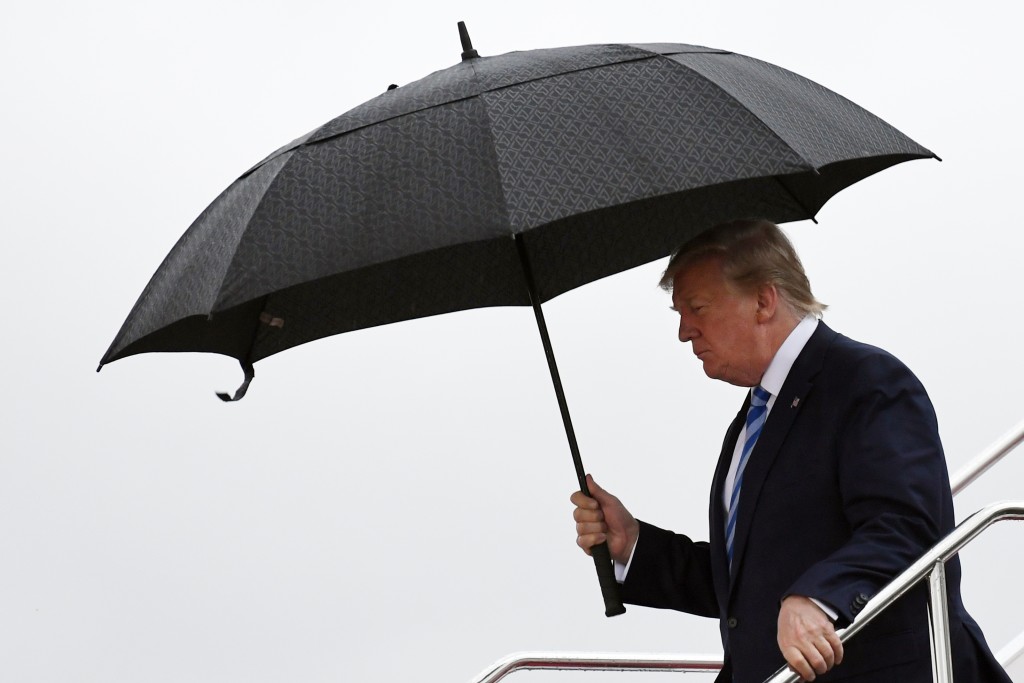 President Donald Trump is opening his participation in the Group of 20 summit by meeting with Japanese Prime Minister Shinzo Abe, the summit host.

Trump recalled Friday that he'd been in Japan last month, joking that "we just left Japan and now I'm back."

He recalled presenting an award to the winner of a sumo wrestling champion during the May visit and claimed "everybody's talking about it all over the world."

Trump says he and Abe will discuss trade, military and other issues during their meeting on the sidelines of the summit, which is being held in Osaka, Japan.

President Donald Trump is under pressure to take a firm stand against election interference Friday when he holds his first meeting with Russia's Vladimir Putin since the special counsel found extensive evidence of Russian meddling in the 2016 U.S. election.

U.S. officials are on high alert for more interference next year.

Trump said in advance he expected a "very good conversation" with Putin but told reporters that "what I say to him is none of your business."

His aides have grown worried that Trump could use the meeting to once again attack Robert Mueller's probe on the world stage, particularly since the special counsel now has a date to testify before Congress next month.